That time Cleveland released 1.5 Million balloons into the air at once and it was a debacle

In the 1970s, Cleveland, Ohio, the city on the shores of Lake Erie, was more known for its rivers catching on fire than anything else. However, by 1986, Cleveland had turned things around and the city decided to celebrate by breaking a world record for the biggest simultaneous balloon release.

So, on an early afternoon in September 1986, Clevelanders were excited to watch hundreds of thousands of balloons rose up and floated around Terminal Tower, the tallest skyscraper in the city. However, what was supposed to be a beautiful spectacle, turned out to become more of a disaster, likely causing two deaths. 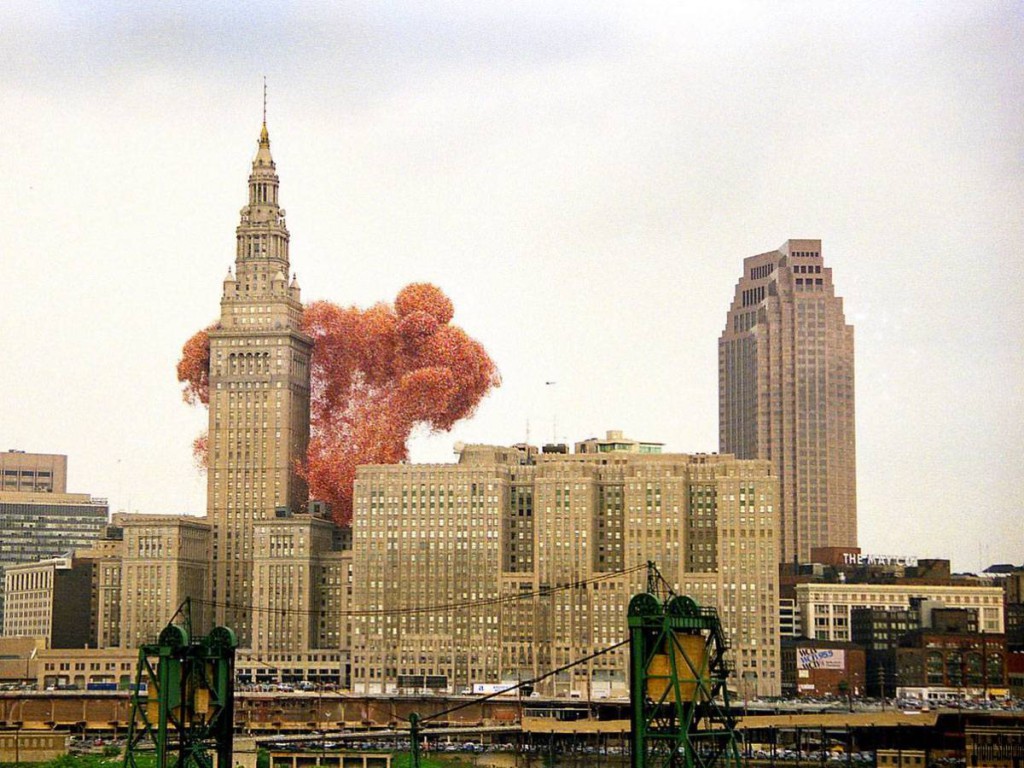 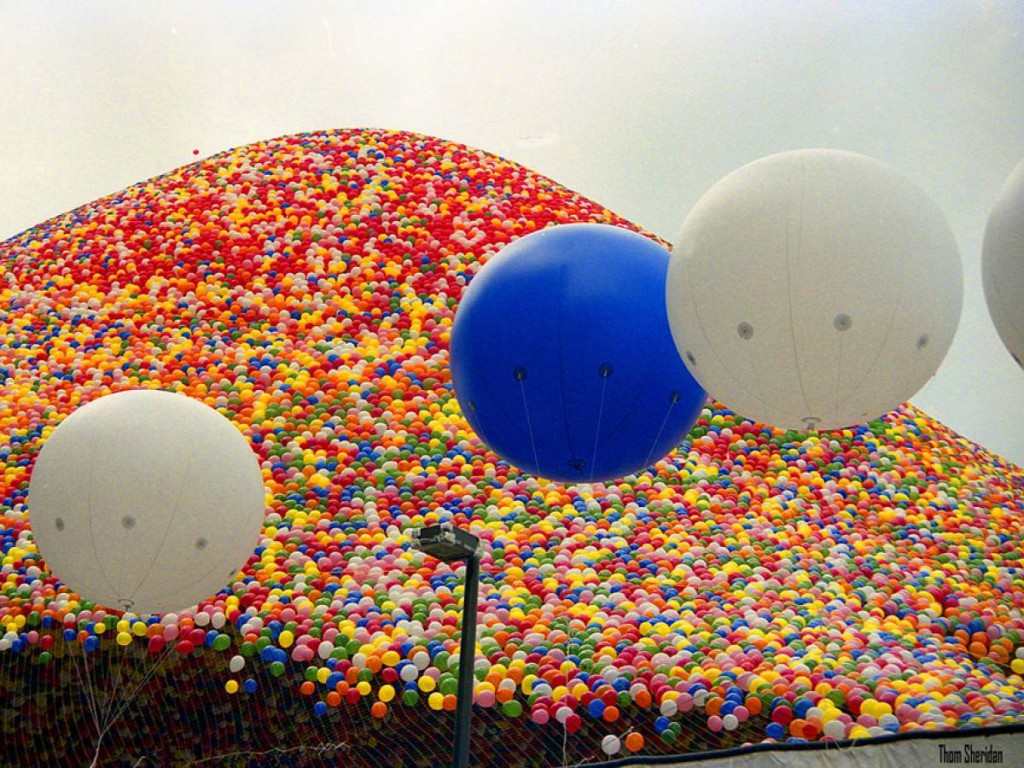 The stunt was coordinated by Balloonart by Treb, a Los Angeles-based company headed by Treb Heining, which spent six months preparing for it. A rectangular structure the size of a city block, measuring 250 feet (76 m) by 150 feet (46 m) and rising three stories high,covered with a one-piece net of woven mesh material, was set up to hold the balloons, on the southwest quadrant ofPublic Square in Cleveland. Inside the structure, 2,500 students and other volunteers spent many hours filling the balloons with helium.United Way originally planned to release two million balloons, but eventually stopped at over 1.4 million. Children sold sponsorships to benefit United Way at the price of $1 for every two balloons

All was going by the plan, except one thing, the weather.The balloons, made out of pure biodegradable latex, were supposed to drift out to the middle of Lake Erie, where they would pop and then decompose. However, the bad weather didn’t cooperate and created a slow-moving disaster. 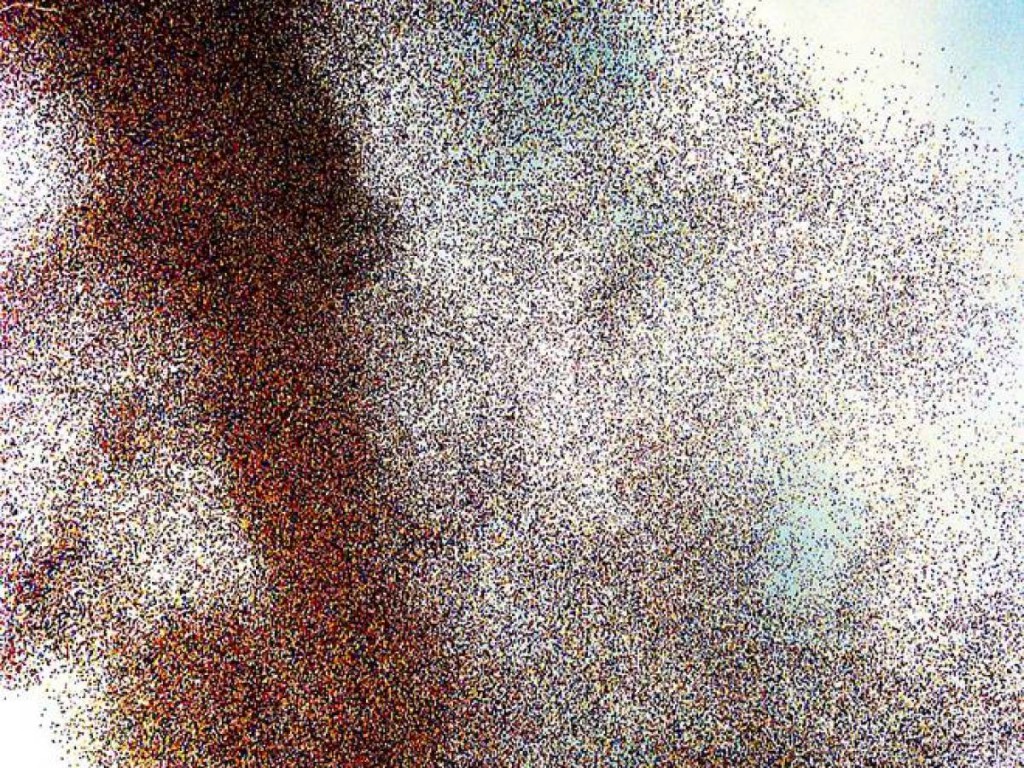 Around the launch, the weather was pretty bad. The night prior the launching, winds gusted up over 60 miles per hour. The balloon release was moved up 10 minutes on the afternoon of September 27 to catch a break in the weather.Minutes after the balloons were released, they were hit by an approaching rain squall.  So, instead blowing out into the lake, the balloons were pushed back over the city. In the next days and weeks, the balloons were the main cause for accidents. 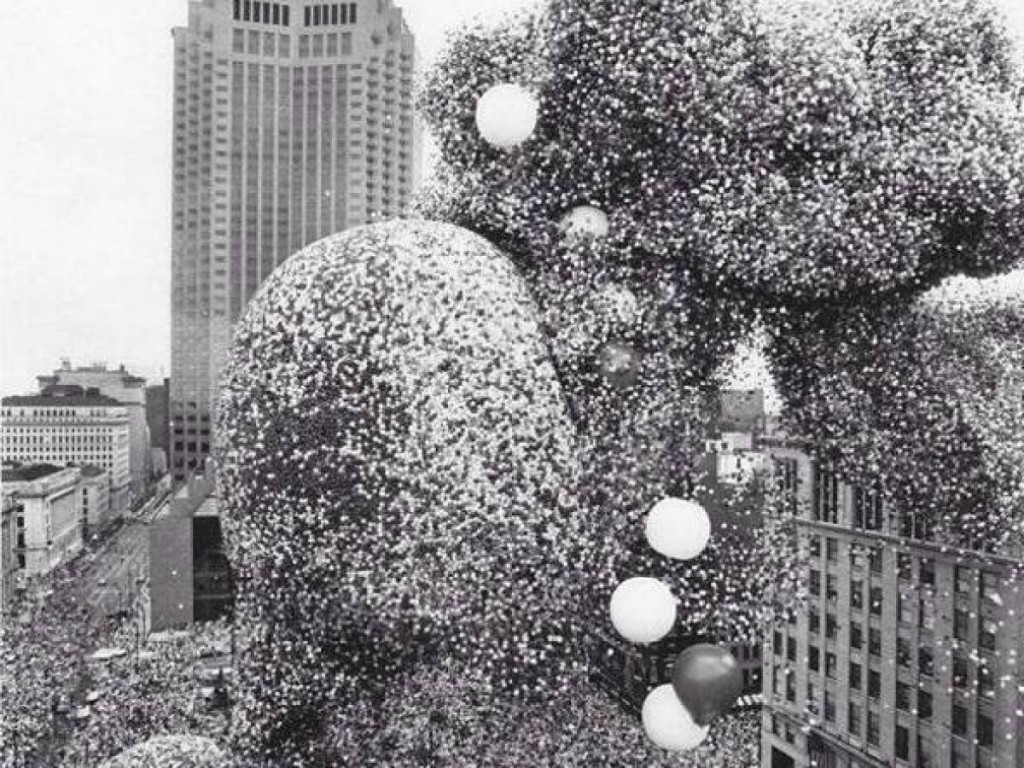 A local Cleveland airport had to close its runways for 30 minutes to clear balloons away.

The balloons came down across Northeast Ohio, and even washed up on the Canadian shore of Lake Erie. They spooked and permanently injured a breeder’s Arabian horses, who later sued and won damages.

Two fishermen, Raymond Broderick and Bernard Sulzer, who had gone out on September 26, were reported missing by their families on the day of the event. Rescuers spotted their 16-foot (4.9 m) boat anchored west of the Edgewater Park breakwall. A Coast Guard search and rescue helicopter crew had difficulties reaching the area because of the “asteroid field” of balloons. On September 29, the Coast Guard suspended its search. The fishermen’s bodies subsequently washed ashore. The wife of one of the fishermen sued the United Way of Cleveland and the company that organized the balloon release for $3.2 million and later settled on undisclosed terms. 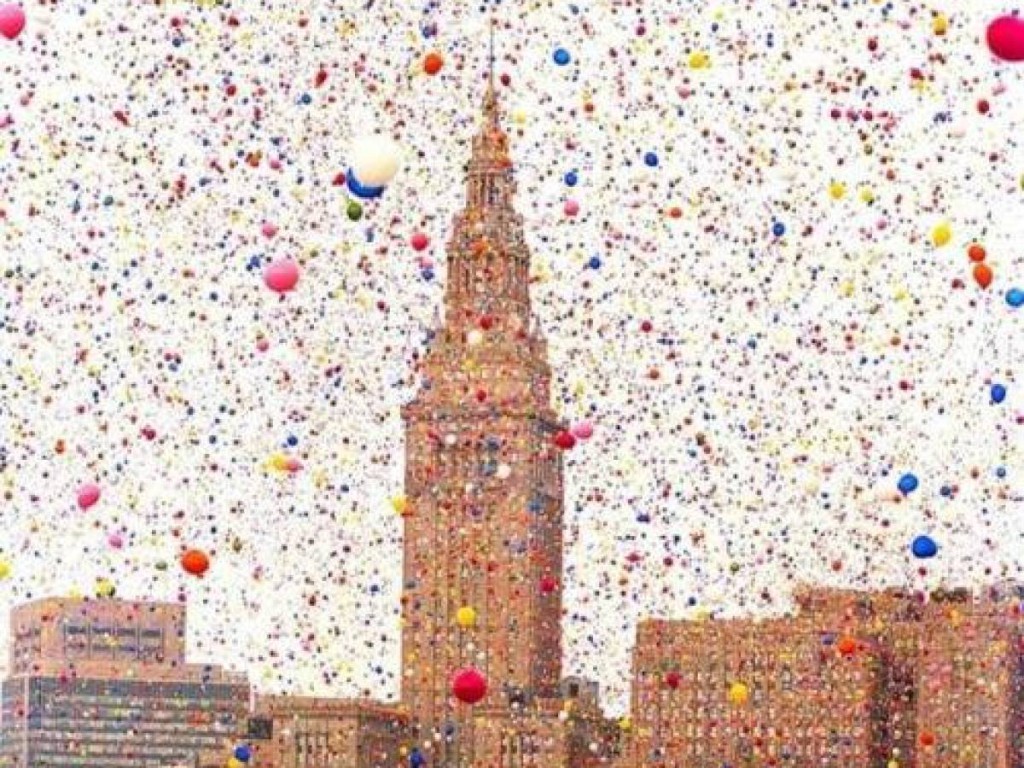 Balloons landing on a pasture in Medina County, Ohio, spooked Louise Nowakowsk’s Arabian horses, which suffered permanent injuries as a result. Nowakowsk sued the United Way of Cleveland for $100,000 in damages and settled for undisclosed terms.

Burke Lakefront Airport had to shut down a runway for half an hour after balloons landed there. Traffic accidents were also reported “as drivers swerved to avoid slow motion blizzards of multicolored orbs or took their eyes off the road to gawk at the overhead spectacle”.