Vintage photographs from inside 8 Beautiful Libraries

We just love libraries, the tranquil ambiance that usually prevails in the interior filled with old books, just seem to hum with wisdom. We gathered a collection of some iconic libraries, so if you are also a fan of the old book smell, check the list below.

A stereogram of the great hall in the Vatican Library by William Herman Rau. [via Wikipedia]

Vatican Library , formally established in 1475, although it is much older, it is one of the oldest libraries in the world and contains one of the most significant collections of historical texts. It currently has 75,000 codices from throughout history, as well as 1.1 million printed books, which include some 8,500 incunabula. 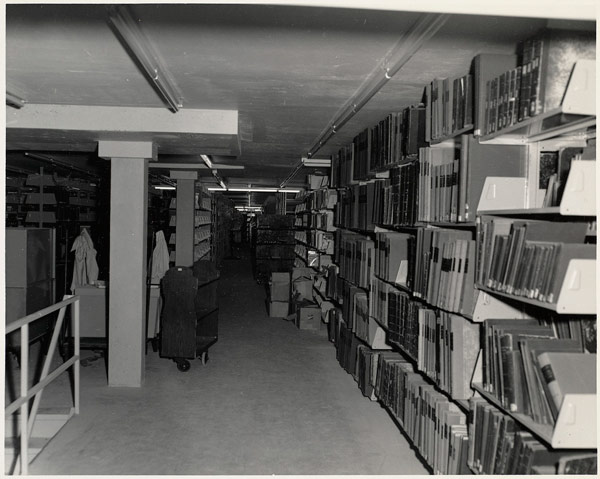 The Folger Shakespeare Library is an independent research library on Capitol Hill in Washington, D.C., in the United States. It has the world’s largest collection of the printed works of William Shakespeare, and is a primary repository for rare materials from the early modern period (1500–1750). The library was established by Henry Clay Folger in association with his wife, Emily Jordan Folger. It opened in 1932, two years after his death. The London Library is one of the world’s largest independent lending libraries, and one of the UK’s leading literary institutions. It was founded in 1841 on the initiative of Thomas Carlyle, who was dissatisfied with some of the policies at the British Museum Library. It is located at 14 St. James’s Square, in the St James’s area of the City of Westminster, London, which has been its home since 1845.Membership is open to all, on payment of an annual subscription; and life and corporate memberships are also available. As of March 2012 the Library has 7,155 members The first free public library in Brooklyn was that of the collegiate institution established in 1888, the Pratt Institute, founded by Charles Pratt. Available not only for its own students and faculty, the library was also open to the general public at that early time.

The Law Library of Congress The Law Library of Congress is the law library of the United States Congress. The library contains the complete record of American law as well as materials from over 240 other global legal jurisdictions. Established in 1832, its collections are currently housed in the James Madison Memorial Building of the Library of Congress. With over 2.8 million volumes, it is the largest law library in the world. The Long Room in the Trinity College Library, from Ireland in Pictures, 1898. [via Villanova University Digital Library]

The Library of Trinity College Dublin serves Trinity College and the University of Dublin. It is the largest library in Ireland and, as a legal deposit or “copyright library”, it has rights to receive material published in the Republic of Ireland free of charge; it is also the only Irish library to hold such rights for the United Kingdom. The Library is the permanent home to the famous Book of Kells. Two of the four volumes are on public display, one opened to a major decorated page and the other to a typical page of text. The volumes and pages shown are regularly changed With nearly 53 million items, the New York Public Library is the second largest public library in the United States (behind the Library of Congress), and fourth largest in the world. It is an independently managed, nonprofit corporation operating with both private and public financing. The library has branches in the boroughs of Manhattan, The Bronx, and Staten Island, and affiliations with academic and professional libraries in the metropolitan area ofNew York State. The City of New York’s other two boroughs, Brooklyn and Queens, are served by the Brooklyn Public Library and the Queens Library, respectively. The branch libraries are open to the general public and consist of research libraries and circulating libraries.
« Amazing 19th-century city maps of the USA
The sixth man who walked on the moon, Edgar Mitchell, has died. »