This abandoned “Chaonei No.81” house in China is described as “Beijing’s most celebrated haunted building” …

Chaonei No.81, sometimes referred to as Chaonei Church, is a house located in the Chaoyangmen neighborhood of the Dongcheng District in Beijing, China.

It is a brick structure in the French Baroque architectural style built in the early 20th century, with a larger outbuilding. The municipality of Beijing has designated it a historic building.

It is best known for the widespread belief that it is haunted, and it has been described as “Beijing’s most celebrated haunted house'”. Stories associated with the house include ghosts, usually of a suicidal woman, and mysterious disappearances. 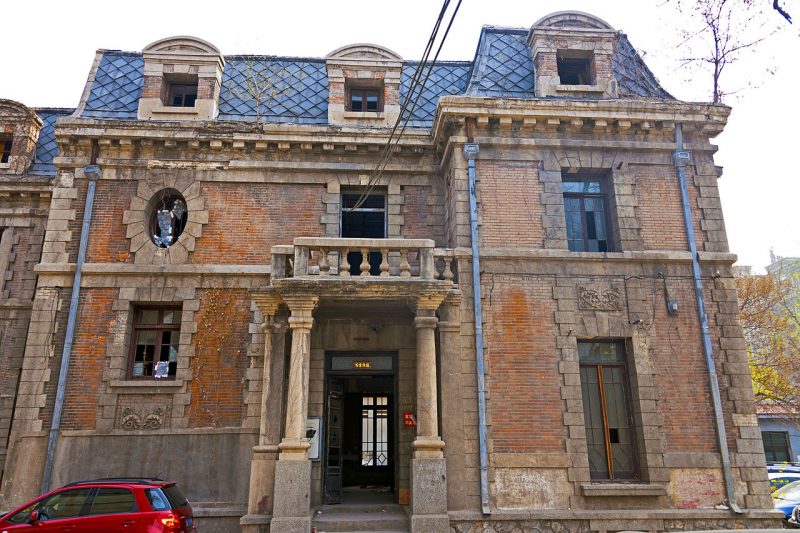 A concrete wall surrounds the property, with a gate of opaque metal doors allowing entrance from the street. Daniel Case (source)

Due to incomplete historical records, there is disagreement about who built the house and for what purpose.

However, it is accepted that contrary to one frequently cited legend, the house was never the property of a Kuomintang officer who left a woman, either his wife or a mistress, behind there when he fled to Taiwan in 1949. Since the establishment of the People’s Republic of China (PRC) that year, records are more consistent.

It was used as offices for various government agencies for most of the PRC’s early years. During the Cultural Revolution, in the late 1960s, it was briefly occupied by the Red Guards. Their hasty departure from the property has been cited as further evidence of the haunting.

It is currently owned by the Roman Catholic Archdiocese of Beijing, which in the late 1990s raised the possibility that it might one day serve as the Vatican embassy as a reason for not demolishing it. 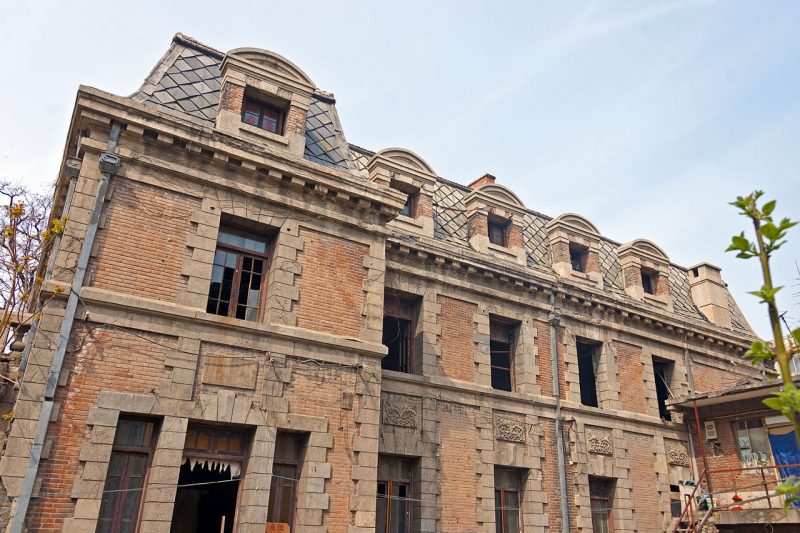 By the end of the Civil War in 1949, this mansion was home to a high-ranking nationalist official. Daniel Case (source)

By the late 1930s it had become the property of a Catholic organization, possibly an American Benedictine group. An Irish-born priest may have attempted to use it in 1937, after which, the diocese claims, it was used by a group of Belgian Augustinian nuns as a clinic during World War II and until at least 1946.

After 1949, ownership and use records are available. The new Communist government took control, and used the buildings intermittently throughout the 1950s and early 1960s to house various government departments and agencies.

By the time of the Cultural Revolution it had remained unused for some time, and according to a local resident it was briefly occupied by a group of Red Guards who left because they were frightened. Since then it does not appear to have been used by anyone either as a residence or workplace, and fell into disrepair.

“Even in the 1970s, people thought the house was haunted,” a Beijing resident who grew up behind the mansion at Chaonei No. 81 told the New York Times. “As children, we would play hide-and-seek in the house, but we didn’t dare come in by ourselves. Even the Red Guards who lived in the house during the Cultural Revolution got scared and left.”

There have also been allegations of inexplicable disappearances connected to the house. The first claims that a British priest who had built the property, supposedly to be used as a church, went missing before it was finished. Investigators sent to look for him supposedly discovered instead a secret tunnel in the crypt that led to the Dashanzi neighborhood to the northeast.

In the second, three construction workers in the basement of a neighboring building got drunk on the job, and decided to break through the thin wall between where they were and No. 81. After going through it, they have reportedly never been seen again.

It is claimed that this incident, rather than the diocese’s interest in the building, is what led the government to cancel its plans to demolish the buildings in the late 1990s.

Other paranormal phenomena have been associated with the house. One claim is that anyone who walks by experiences a feeling of unease or dread while they do so. It is also said that during summers, it is always cooler in the mansion’s doorway than another shaded entryway of a modern house just 20 metres (66 ft) away.

The rumors and legends may have practical effects, making the property impossible to sell.