Tattoo art has been around for centuries. Whether tattoos depict religious sayings or gods, or if they were part of a ritual, they have held a lot of meaning for various cultures.

Today, it is not uncommon to see people with a tattoo or numerous tattoos; they are now widely known and are not such a culture shock anymore. In fact, many famous celebrities and athletes wear artwork on their bodies. We see many tattoo parlors in each city we visit, but when did the idea of tattoo parlors come into play?

In 1894, an English professional tattoo artist opened his first salon above a Turkish bathhouse in London. This would be known as the first-ever professional tattoo parlor. The professional artist, known as Sutherland MacDonald, was widely known as one of the great artists of his day. He had opened his shop in the St. James area of Westminster and spent the rest of his career offering his body art to people.

Just like any art exhibition, the artwork of tattoos will be displayed at the Museum of London. The exhibit, named Tattoo London, will focus on the long and rich history of body art. It will also teach visitors the history of professional tattooing in the capital as well as show them what life inside of the four tattoo studios looked like. 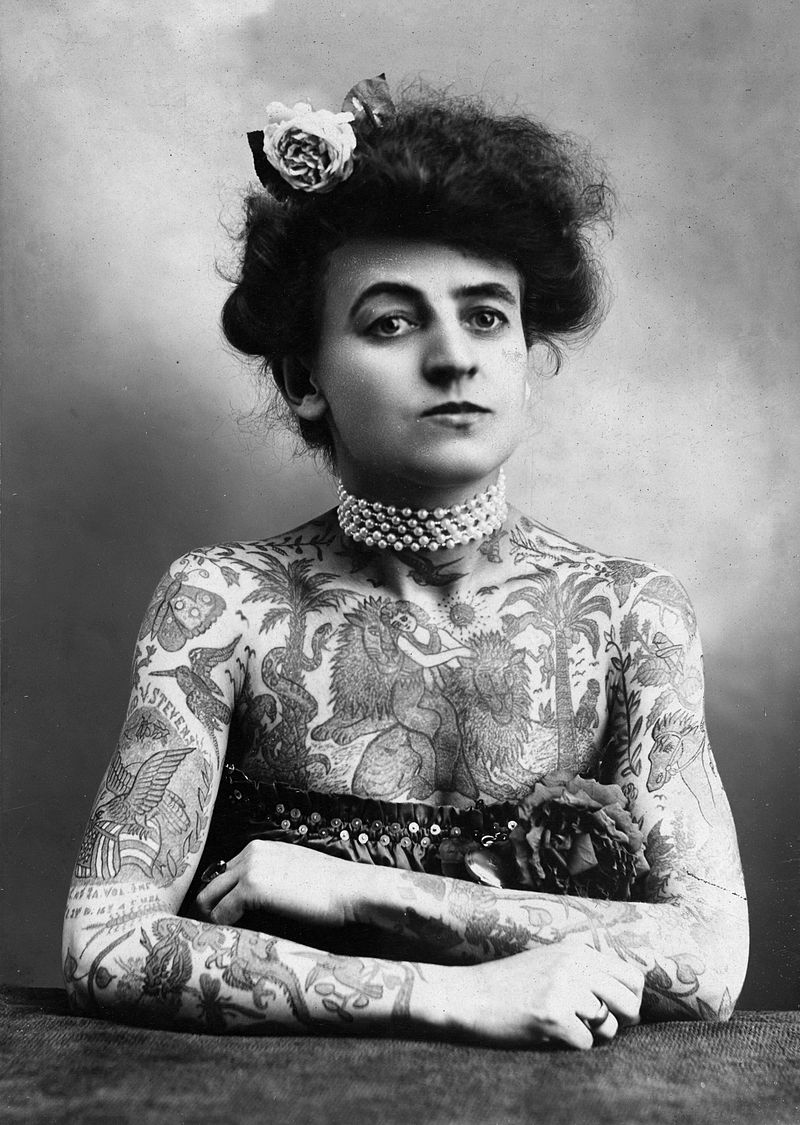 Mrs. M. Stevens Wagner, one of the earliest Tattooed Ladies that performed in the circus sideshows, 1907.Source

Additionally, the exhibit will offer displays of the new artwork by tattooists from the well-known studios of Lal Hardy at New Wave, Alex Binnie at Into You, Claudia de Sabe at Seven Doors, and Mo Coppoletta at The Family Business.

The exhibition will also look at some of the best works by MacDonald. He happened to be the first tattoo artist to appear in the Post Office Directory, the early version of Yellow Pages. He had held this title for four years before his competition began to appear.  The exhibit will include some rare photographs of his best design and tattoo work, as well as his business cards and client list.

A professor at the University of Essex who studies contemporary art and visual culture, Matt Lodder, said that while people knew that tattooing was going on, there is no knowledge of any other professional studio in Britain at the time or anyone else that took customers’ money for their artwork. 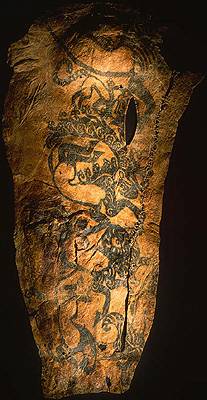 A tattoo on the right arm of a Scythian chieftain whose mummy was discovered at Pazyryk, Russia. The tattoo was made between about 200 and 400 BC.Source

MacDonald happened to be at the forefront of the early 1900’s tattoo fad, resulting in doing his fair share of body art. He first worked with hand tools and in 1894, which was the same year he opened his London studio, he received a British patent for his electric tattooing machine.

He had operated out of his studio on Jermyn Street from 1894 for the duration of his career. He died in 1937. His clients ranged from dukes and maharajahs to the kings of Norway and Denmark. He even had a wave of success after King Edward VII and his son George V each got a tattoo. They had added his work to ink that they had gotten in Jerusalem and Japan. Lodder explained that the reason MacDonald gained such fame was because  a lot of people had wanted to copy what the king and his family were doing.

In his research Lodder had discovered images from MacDonald’s work in locations such as the National Archives and the zoological archive at Harvard University. Those documents confirmed that he was the first to open a parlor in London. His works ranged from Japanese dragons and wildlife to engravings and landscapes.

The curator of the exhibition, Jen Kavanagh, said that obviously tattooing existed long before MacDonald, especially within different cultures. However, the idea of tattoos was a fairly new thing in London, which is why it was so popular there.

« That time the Soviets bugged the U.S Ambassador’s office & they noticed only after 7 years
Klomino- the Polish ghost town that for many years existed only on Russian military maps. »