The chances are that your average Hollywood Western didn’t capture the image of a cowgirl, but rather that of a cowboy.

Many of us may have grown accustomed to the image of a male riding that horse, engaging in a fierce duel with his rival, and firing those pistols.

Historically speaking, women had their fair share of taming the broncos, too.

The facts are that there were plenty of female cowgirls, some pioneers and some ranchers, and delivering top-notch, stunning performances at the traditional rodeo shows.

Remember women like Ohio-born markswoman Annie Oakley, who was renowned for her sharpshooting ability? Or Missouri’s Lucille Mulhall, declared the first cowgirl by President Roosevelt, who was watching in the crowd as the 14-year-old demonstrating her riding skills on the Mulhall ranch. After easily winning scores of competitions, Mulhall went on to host a Wild West show of her own.

In the photos below, the heyday of the Cowgirl is captured. Time to see how the West was won! 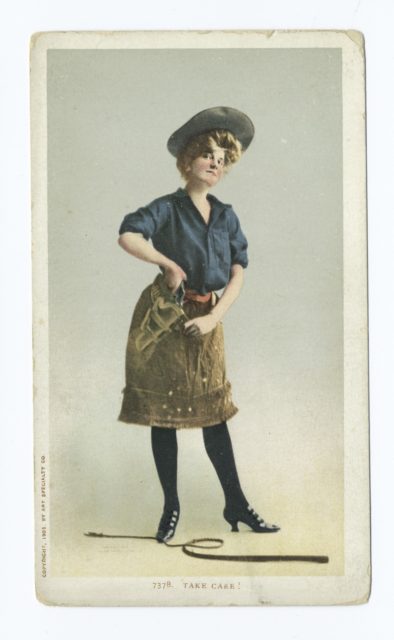 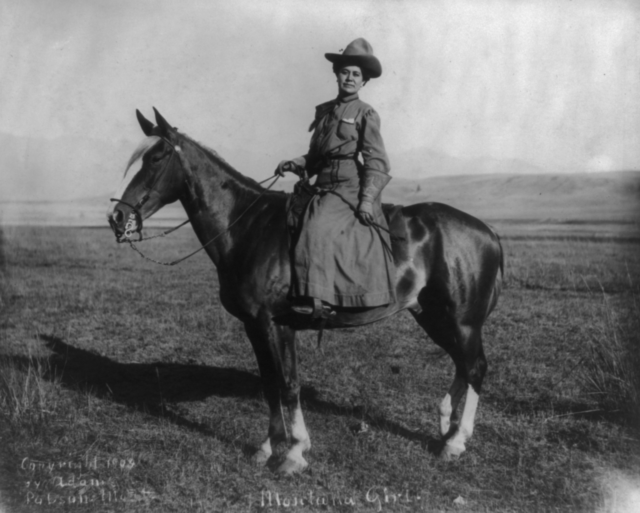 A Montana woman in cowgirl attire on horseback. 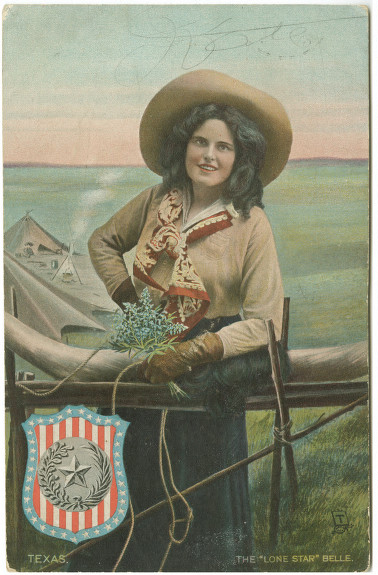 A cowgirl from Texas. Notice the gloves and the flowers. 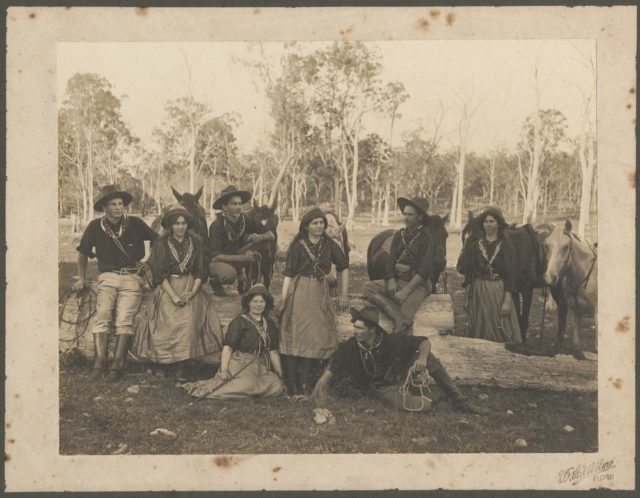 From the roaring Wild West. A troup of women in Maryborough. The year is 1913. 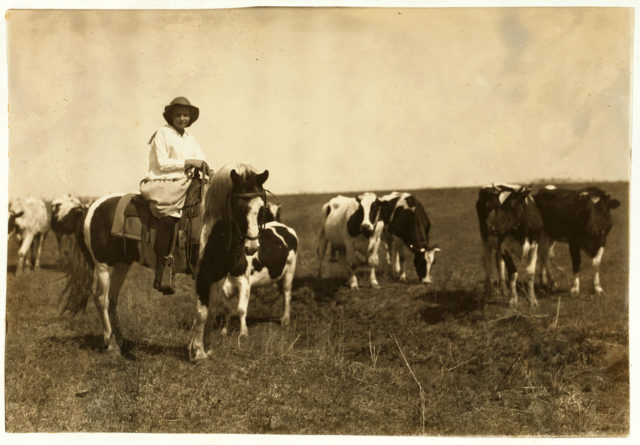 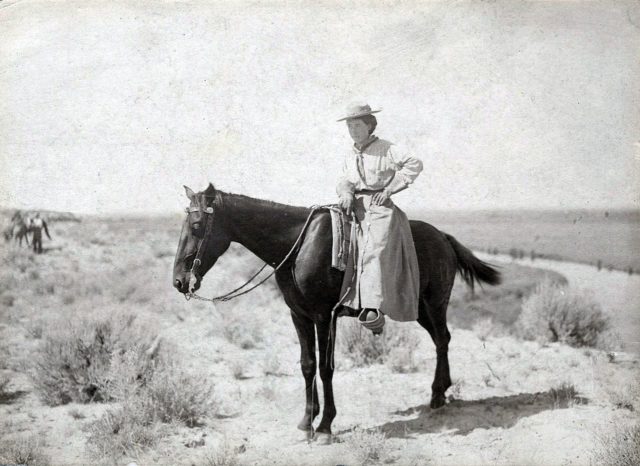 This is likely a photo of American painter Minerva Teichert riding a horse. 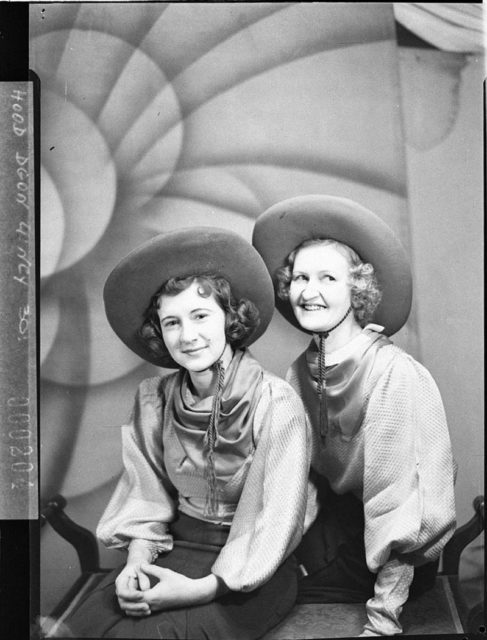 Everything is matching, the hats, the outfit, the hairstyle. A photo of Mrs. Cracknell and Mitzi.

In the early 20th century, the Cheyenne Frontier Days festivity and the Pendleton Round-Up were among the first two big events where women were able to demonstrate their skills in rodeo.

Times turned for the worse when a 1936 regulation excluded women from major events. 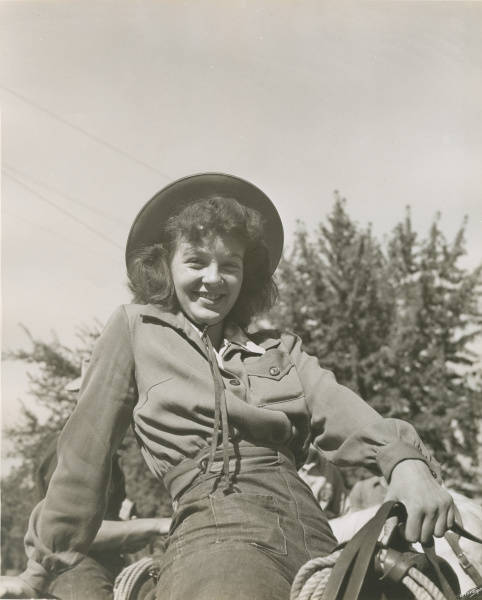 Pendleton Cowgirl. What a beautiful smile this woman reveals. 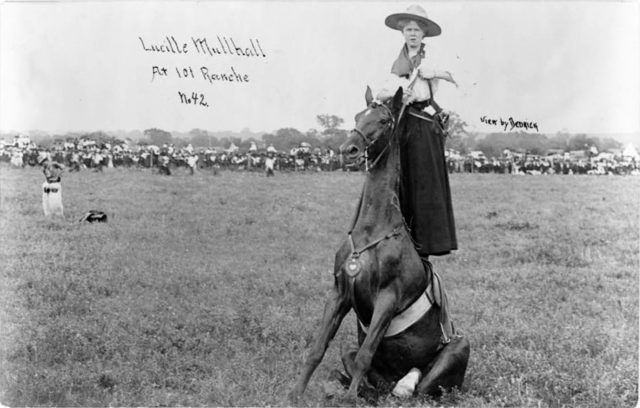 Lucille Mulhall, a Wild West performer here captured on camera as she stands on a horse that is seated. 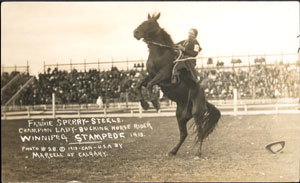 Greetings from Winnipeg Stampede (1913). Montana-born Fannie Sperry Steele is excelling at the event. 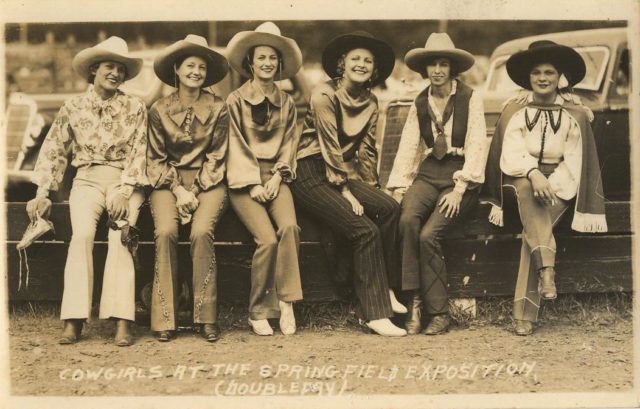 Everyone is wearing different trousers, a group of cowgirls at the Springfield Exposition. Photo By Muffet –  CC BY 2.0 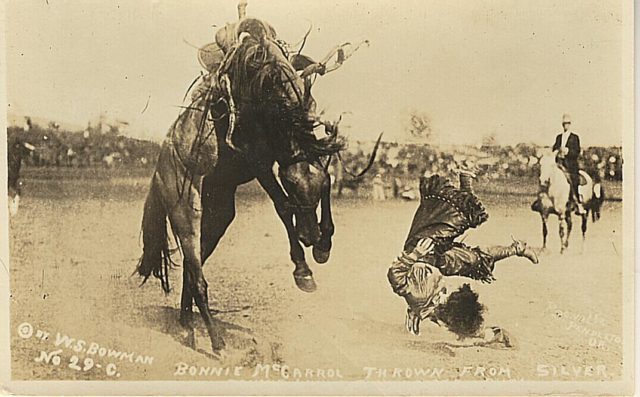 Bonnie McCarroll, a rodeo champion of her day, here having a nasty fall. Photo By Muffet – CC BY 2.0 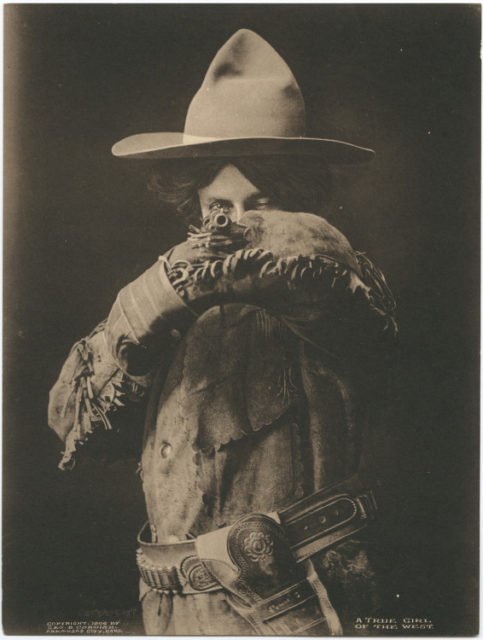 Watch out, no kidding with this West World woman. 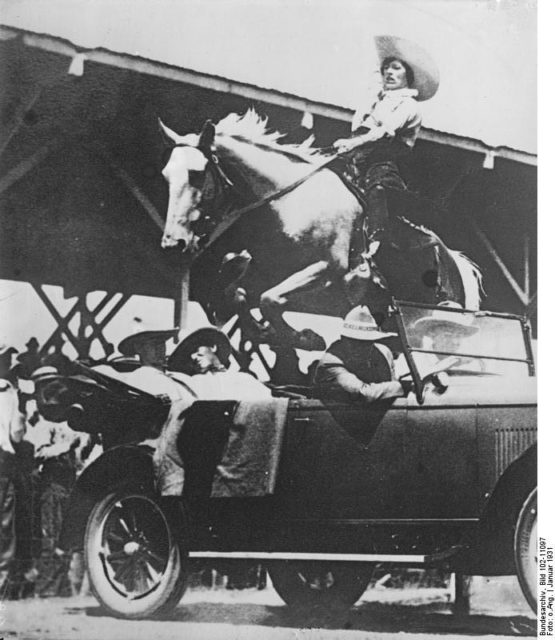 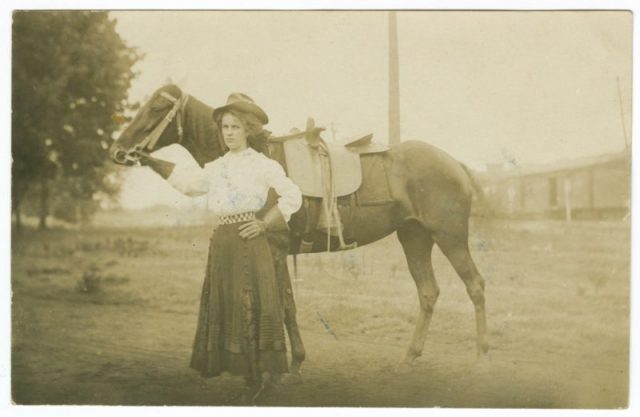 A cowgirl with her horse, likely the first decade of the 20th century. 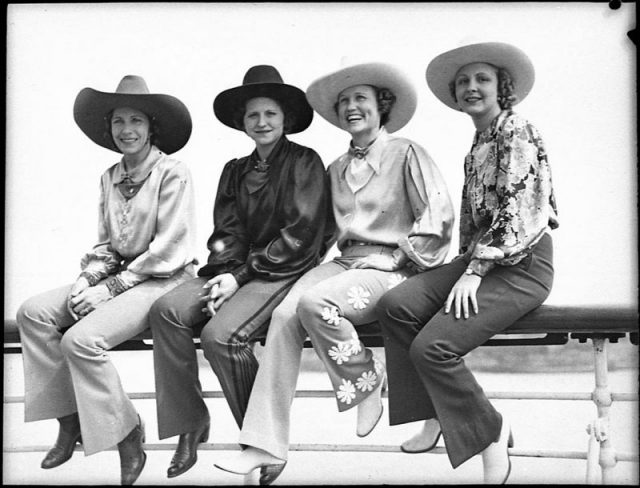 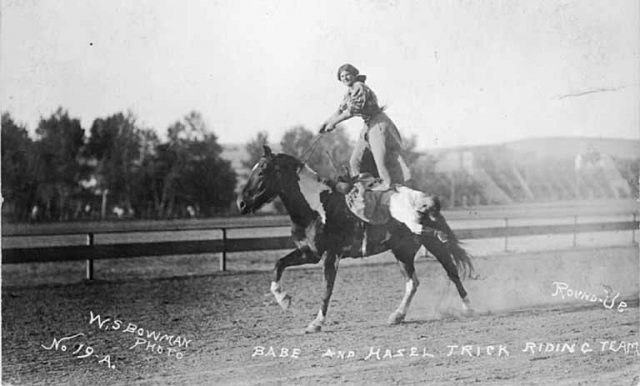 Cowgirls Hazel Walker and Babe Lee doing their thing at the Round-Up, Pendleton, Oregon. The year is 1914.

Things slightly improved for women after World War Two. By this time, however, women’s participation in rodeo shows was reduced to the role of sponsor girls who would ride next to the cowboys at the events, or to run the horsemanship exhibits.

Needless to say, it wasn’t long before there was the reaction.

In 1948, a group of 38 women, all of whom perfectly able to tame a stubborn bronc, traveled to San Angelo, Texas, where they formed the Girls Rodeo Association. It was one of the most important associations of the day to support women contestants in various rodeo categories. From then on, things only kept on evolving.

If you are perhaps looking for a museum documenting the history of cowgirls, head for the Cowgirl Museum and Hall of Fame in Texas’s Fort Worth, where there is a collection of thousands of items. 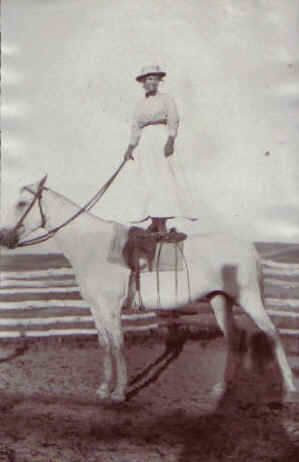 Can you do it as Evelyn Cameron did it? Keep a perfect standing posture on the back of a horse. 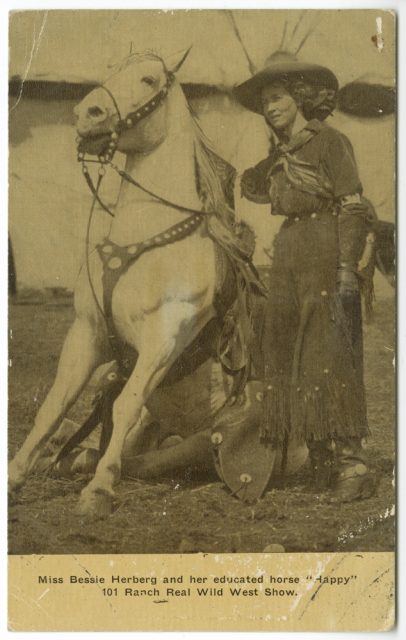 Miss Bessie Herberg was certainly happy with her horse named Happy. The year is 1910. 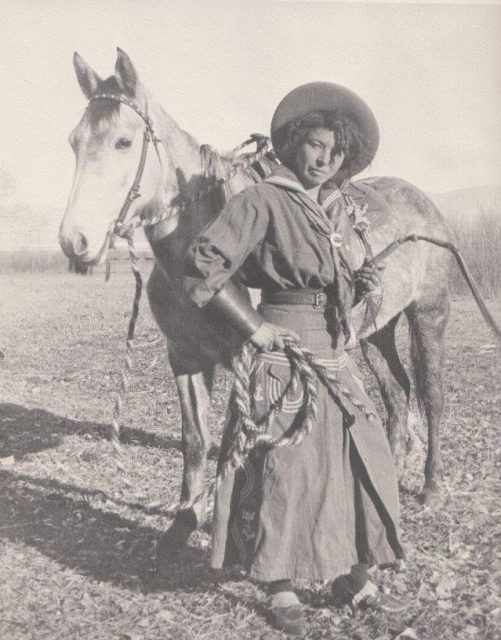 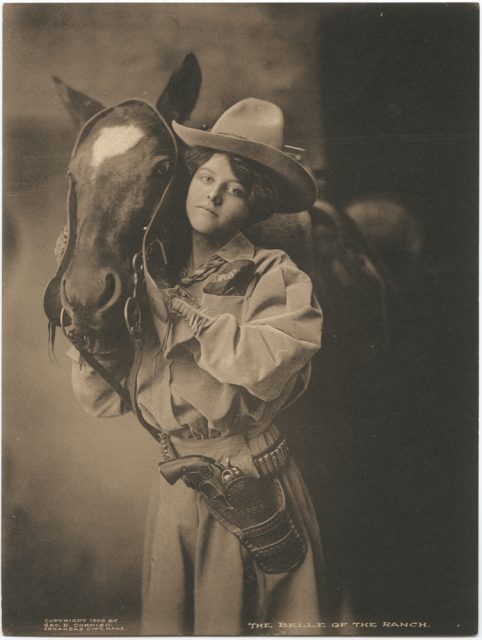 A woman photographed with her horse in 1909. Notice the revolver?! 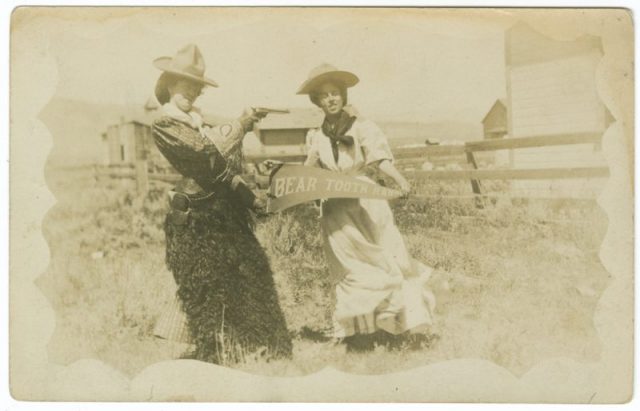 Two Cowgirls with Bear Tooth Ranch Pennant. One of them is holding her pistol.

A library that is part of the museum keeps books telling the history of women who excelled as performers, ranchers or pioneers.

One of the nation’s most significant photograph collections of women, both famous and anonymous, can also be explored here.

« The Secret and Dangerous Love Affair Between Kim Novak and Sammy Davis Jr.
The struggle is real! Left-handers have been looked down on for at least 1.5 million years »