Mystery of the Christopher Columbus Letter Stolen from the Vatican

In an intricate mystery that cries out for the sleuthing talents of a Sherlock Holmes, Hercule Poirot, or Adrian Monk, it was recently revealed that a 525-year-old copy of a letter written by Christopher Columbus held in seeming security at the Vatican Library was actually replaced with a clever forgery and then sold for six figures to an avid collector–and no one has any idea of how or when the switch was made. 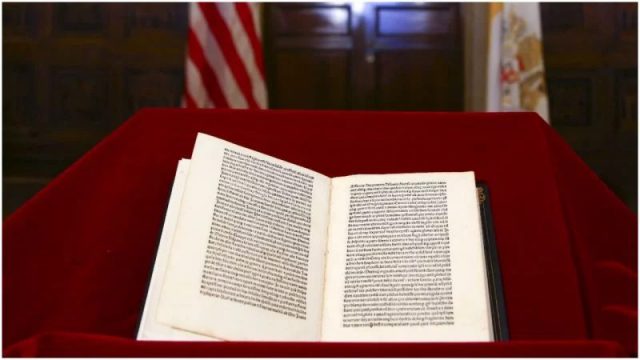 The Columbus letter was returned to the Vatican on June 14, 2018, thanks to a seven-year-long investigation involving Holy See antiquity experts, U.S. Homeland Security agents, Delaware U.S. attorney investigators, the widow of the American collector who paid $875,000 for the letter, and, finally, Callista Gingrich, the U.S. ambassador to the Vatican and wife of Newt Gingrich.

And there are more stolen Columbus letters out there, purchased by unwitting collectors. 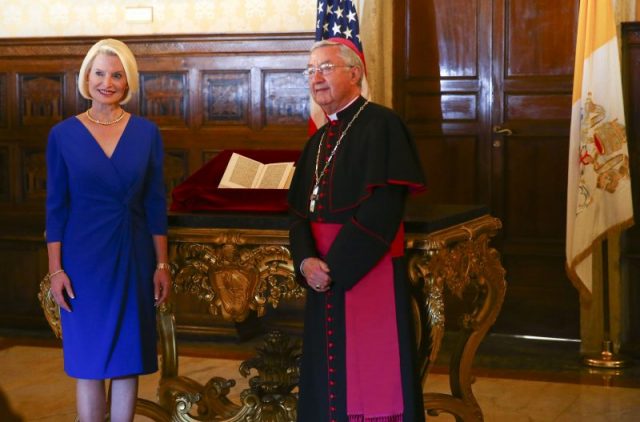 US ambassador to the Holy See Callista L. Gingrich and Archibishop Jean-Luis Brugues pose in front of a copy of a letter written by Christopher Columbus that had been stolen from Vatican archives and returned by the United States to the Vatican Library, during a ceremony at the Vatican on June 14, 2018. (Photo by TONY GENTILE / POOL / AFP/Getty)

“The case is a window into the shadowy world of antiquarian forgeries,” reported The New York Times.

It began with Columbus taking out quill and parchment in 1493 on the ocean voyage back to Europe and describing in Spanish to Queen Isabella and King Ferdinand what he saw in the New World: a place of “many fine, large, flowing rivers … full of trees of endless varieties, so high that they seem to touch the sky,” and populated by a “hopelessly timid people” who “firmly believed that I, with my ships and men, came from heaven.”

The letter was translated into Latin and three editions were printed in Italy. The Vatican copy was printed in Rome by Stephan Plannck, a priest and a printer, in 1493 and is commonly known as a “Plannck II — Columbus Letter.” 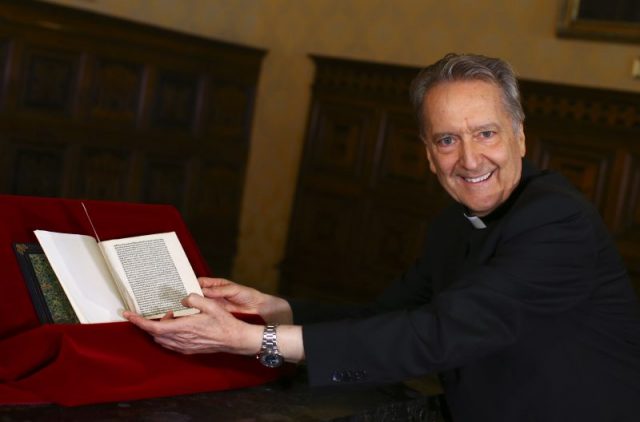 Monsignor Cesare Pasini, chief of the Vatican Library, flips through a letter written by Christopher Columbus that had been stolen from its archives, and returned by the US Homeland Security officials and American ambassador to the Vatican Library. (Photo by TONY GENTILE / POOL / AFP/Getty)

It is unclear where the letter was kept for several centuries. In the 19th century, it showed up in the possession of Count Giovanni Francesco De Rossi, a bibliophile. He collected many significant manuscripts with the financial support of his rich, eccentric wife, Maria Louise Charlotte de Bourbon. After he died, his widow donated the collection to the Jesuits.

The letter–four leaves of paper–was in 1921 donated by the Jesuits, along with thousands of other rare books and manuscripts, to Pope Benedict XV. It was housed in the Vatican Library, presumably safe from theft.

Timothy Janz, director of the printed books department at the Vatican Library, said in an interview that the substitution could have occurred before the collection was bequeathed to the library or it could have been the act of an “unscrupulous staff member,” according to the New York Times. It could also have occurred when the book was sent out to be newly bound, he theorized. “We really have no idea,” Janz said. 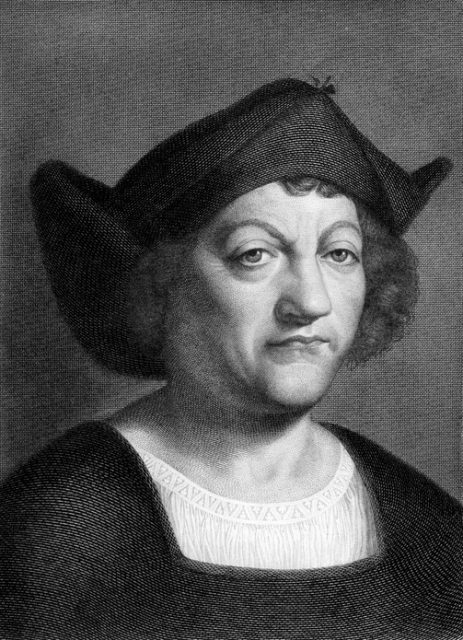 In 2011, American authorities reportedly received a tip that different Columbus letters held in various libraries in Europe were forged, with the genuine letters switched out and sold for large amounts of money. Sure enough, the 1493 letter in the Vatican, when analyzed, was shown to be fake.

Further detection showed that the authentic letter had been purchased in 2004 by David Parsons of Atlanta from a New York dealer for $875,000. How the dealer obtained the letter is unclear, but reportedly a man named Marino Massimo De Caro was involved, whom Homeland Security has described as a “notorious Italian book thief.” 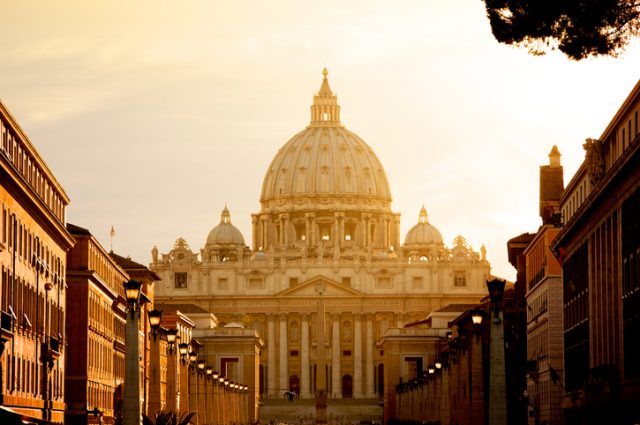 Parsons, who has since died, did not know that the letter had been stolen from the Vatican, a fact that was confirmed recently in an investigation.

Ambassador Gingrich said, “I’d like to commend Mrs. Mary Parsons for graciously agreeing to return this letter to the Vatican. Her late husband, Mr. Robert Parsons, purchased the artifact without knowledge of its theft. Understandably, she found it difficult to part with this piece from her husband’s collection. I am pleased that our embassy was able to deliver Mrs. Parsons’ personal letter to His Holiness Pope Francis earlier this week.”

SEE: Columbus’ Distorted Map of the World he used to Mistakenly Identify his Discoveries

This is the third time in two years that American officials have returned to European libraries stolen copies of a Columbus letter replaced with a forgery. Investigators do not know if the cases are definitely linked, or if there are more to discover.