Philosophy is a slow and careful business. It’s associated with hours of discussion, going round and round in circles with no definitive answer in sight. That description could certainly be applied to Molyneux’s Problem, which was first mentioned way back in the seventeenth century.

Irish writer William Molyneux suffered a tragedy when his wife Lucy Domville died from illness at a young age. In addition to this cruel blow, two of his three children also died. Lucy had lost her sight before death, planting the seed of an idea in her husband’s mind.

This seed came to fruition in 1688, when Molyneux read part of a new essay, published in the Bibliothèque Universelle et Historique. The piece was called An Essay Concerning Humane Understanding by John Locke. Locke was a physician and philosopher who explored how Man understood his surroundings using his five senses. 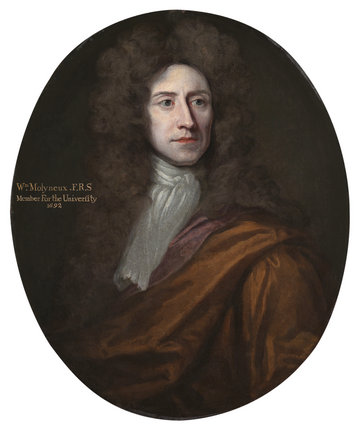 He explained in the essay how a person blind from birth would never be able to visualize objects, and would have to rely on other senses to fill the gap. Molyneux’s interest was clearly piqued by this section, as he wrote Locke a letter soon after.

The letter outlined a simple scenario. As quoted in the Stanford Encyclopaedia of Philosophy, it read like this: “A Man, being born blind, and having a Globe and a Cube, nigh of the same bignes… and being taught or Told, which is Called the Globe, and which the Cube… Then both being taken from Him, and Laid on a Table, Let us Suppose his Sight Restored to Him.” 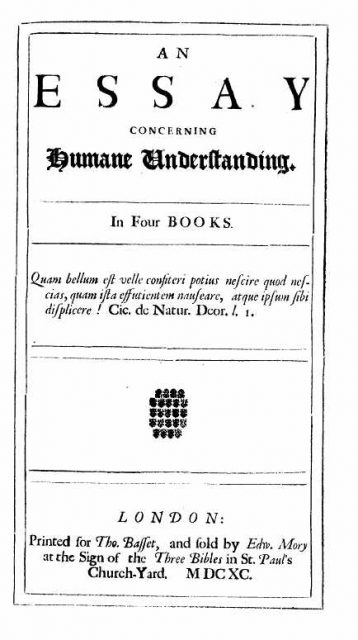 He was curious about what would happen if a blind man suddenly gained the ability to see again. In particular he was interested in a person’s reactions to two objects of distinctive shape–a globe and a cube. Someone who’d been sightless all their lives would surely know these objects by touch.

But would the person be able to identify the globe and cube by their newly-discovered sight alone? The question Molyneux posed from this hypothetical situation created one of the most-debated problems in philosophical history.

The correspondence took place against the backdrop of a great intellectual upheaval in Europe, namely The Enlightenment. Put simply, it was a movement spanning two centuries, which sought to understand Mankind using reason and rationality. 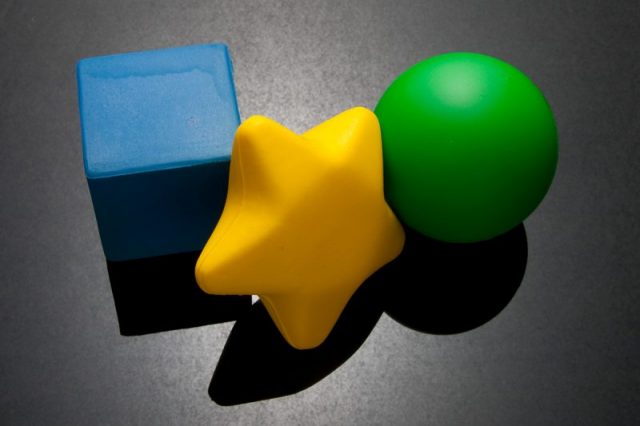 Different shaped stress balls, including a cube, a star, and a sphere. Photo by Stephen Edmonds CC BY SA 2.0

Molyneux’s Problem was perfect for the so-called Age of Reason, as it gave rational philosophers something to really sink their teeth into. In fact it may have been something of a mind bender, with Molyneux having to mention the Problem to Locke again in 1693 before the physician addressed it. Locke then incorporated Molyneux’s dilemma into a second edition of his Essay.

After reading the revised piece, philosophers set their minds to unlocking Molyneux’s puzzle. There were numerous challenges in getting to grips with the complexities of what Molyneux was talking about. These included the small numbers of people the situation actually applied to. 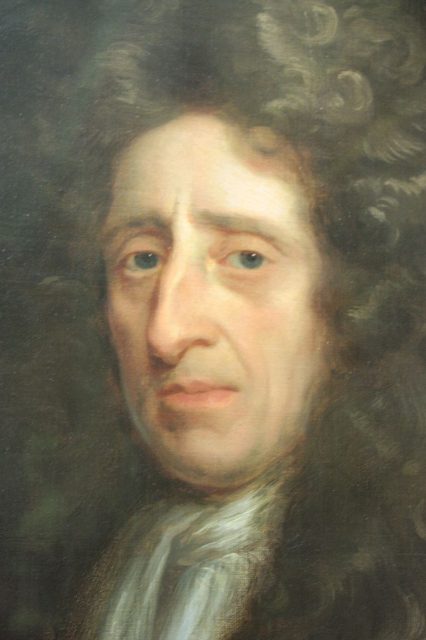 Congenital blindness can be caused by cataracts on a baby’s eyes, amongst other things. In terms of those suffering with such a condition there have been approximately twenty cases over the past thousand years.

So slim pickings when it comes to studying a subject. Another stumbling block of sorts was the prevailing wisdom of Bishop George Berkeley. He was another Irish philosopher who had developed a theory of vision based on the idea that matter didn’t exist. Berkeley reasoned that objects were only perceived by people and that they didn’t exist when not being looked at. 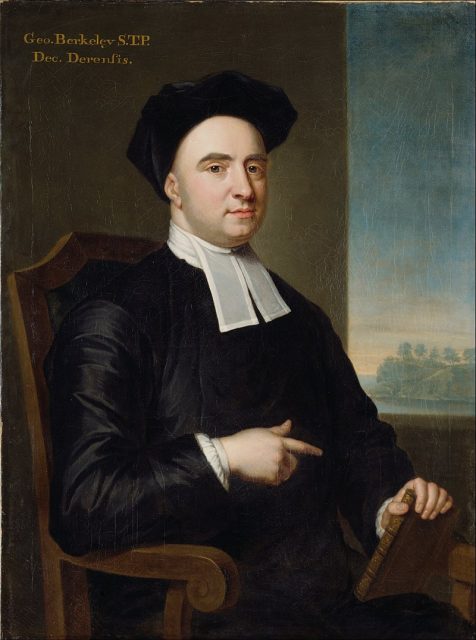 Amusingly his theory was criticized by Dr. Samuel Johnson, who found a novel way to test Berkeley’s idea. The Samuel Johnson Sound Bite Page carries an extract from The Life of Samuel Johnson by James Boswell, which describes the great Doctor’s reaction: “I observed, that though we are satisfied his doctrine is not true, it is impossible to refute it. I never shall forget the alacrity with which Johnson answered, striking his foot with mighty force against a large stone, till he rebounded from it — ‘I refute it thus.’” 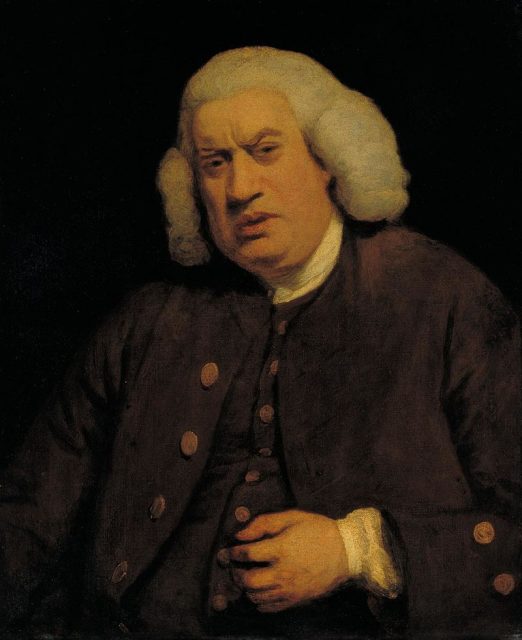 Philosophers initially treated Molyneux’s Problem as a “thought experiment,” meaning an imaginary situation. At the time it was believed that someone born congenitally blind could never get their sight back.

In 1728 William Cheselden’s contribution moved the conversation away from the hypothetical. When a congenitally blind boy had his sight restored by removing his cataracts Cheselden wrote an account of the findings.

Because the boy didn’t recognize objects by sight, it was concluded by some experts that Molyneux’s Problem had a resounding “no” answer. 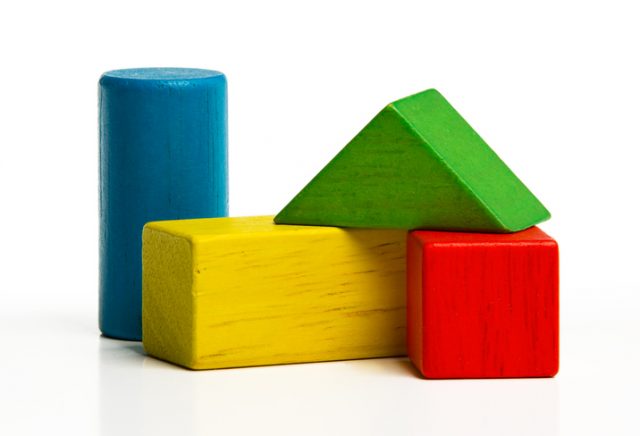 Toy wooden blocks. Two of the opposing arguments connected with Molyneux’s Problem centered on whether being able to see them is something we are born with, or something that we learn as infants.

That wasn’t the end of the debate however, as others believed the study to be flawed. For one thing they argued it wasn’t carried out in strict scientific conditions. Also that a congenitally blind person can have partial eyesight, and Molyneux was referring to someone who was totally blind.

Many of the arguments associated with the Problem revolve around two conflicting ideas. That a sense of vision is something you are hard-wired with when you’re born. Or it’s something to be learned as you grow and develop. 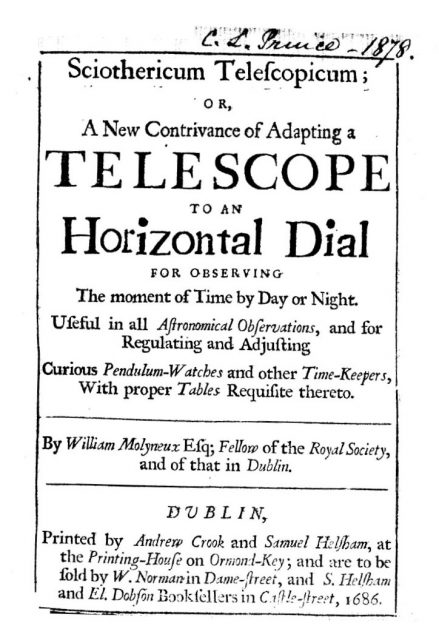 Molyneux, William – Sciothericum telescopicum, or A new contrivance of adapting a telescope to an horizontal dial for observing the moment of time by day or night, 1686

Thinkers were also relying on Berkeley’s theory of vision, the one Samuel Johnson almost broke his toe on. Johnson died in 1784, but would have been pleased to see this theory replaced the following century. The scientist Sir Charles Wheatstone went on to prove that people understand space as soon as they’re born, using devices like the stereoscope which displayed 3D images.

Philosopher Samuel Bailey took Wheatstone’s invention into battle against fans of Berkeley, as described in Marjolein Degenaar’s 1996 book Molyneux’s Problem: Three Centuries of Discussion on the Perception of Forms: “Bailey also linked Wheatstone’s discovery to Molyneux’s Problem. When a blind person suddenly acquires vision and looks at a nearby solid object… two different retinal images are formed of it ‘and the perception of an object of three dimensions would be doubtless produced in his mind’.” 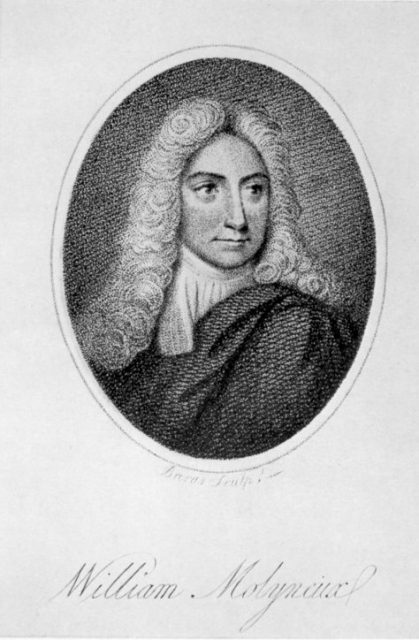 Though this was presented in some quarters that Molyneux’s question had a positive answer, the debate had some way to go. In the twentieth century the Problem was used as a historical case study rather than a contemporary issue. Then in 2011 a breakthrough came thanks to a professor at M.I.T (Massachusetts Institute of Technology).

Richard Held and Dr. Pawan Sinha led a team of researchers in India, as part of a ground-breaking experiment called Project Prakash. A group of children and teenagers born congenitally blind were operated on to restore their eyesight before being given Lego-like bricks to play with. Some of the bricks were on a table where they could be seen. Others were hidden from view. 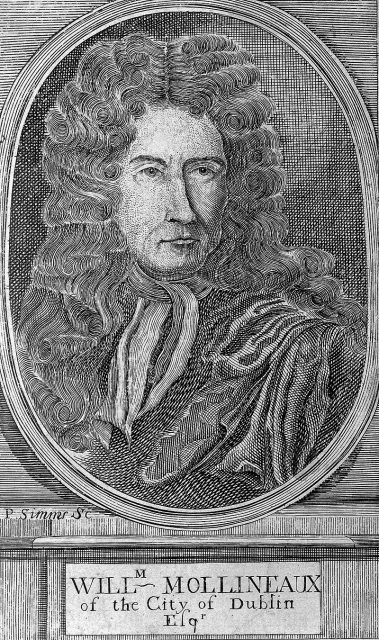 The purpose of the experiment was to see how the four boys and one girl would respond when asked to match the hidden objects to the visible ones. At first they couldn’t manage it, however as the days and weeks progressed the children began connecting the two sets of bricks.

Held and Sinha published their findings in Nature Neuroscience. As reported in the New York Times in 2011, “The new research appears to show definitively that Locke was right. The brain cannot immediately make sense of what the eyes are taking in, and the blind man given the ability to see cannot distinguish the two objects. But he can very quickly learn to do so.”

This appears to be a definitive conclusion to Molyneux’s Problem. While the case will never be closed to new thoughts and explorations, it draws a line under a few simple sentences that had thinkers scratching their heads for centuries.