High on a hillside overlooking Cape Elizabeth, Maine, is the beautiful Beckett’s Castle. This two-story Gothic stonework home was built in the 1870s by Sylvester Beckett, a lawyer and prominent figure among Portland’s literary society.

The “castle” was built as a summer cottage, and its large tower, seen prominently atop the landscape, has been used as a navigational tool for ships entering the Portland Harbor.

The grey fieldstone gives the building a look reminiscent of Scottish estate homes, and its steep gabled roof adds to this ambiance. 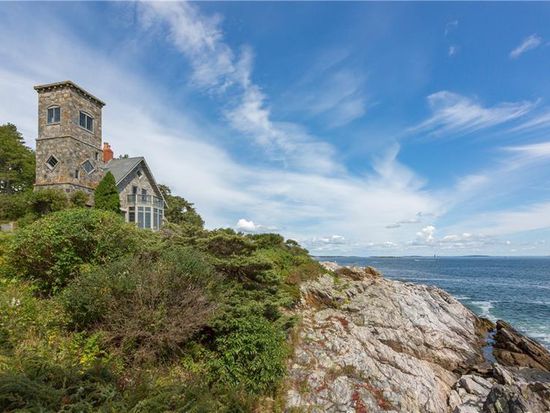 Beckett’s Castle was nominated for the National Register of Historic Places in 1974. Photo by Zillow

The tower itself is in three parts, with each being consecutively smaller than the one below, and a belt course, or row of stone, at the top of each section. The top has a small observation area for looking at the amazing Maine sea view. 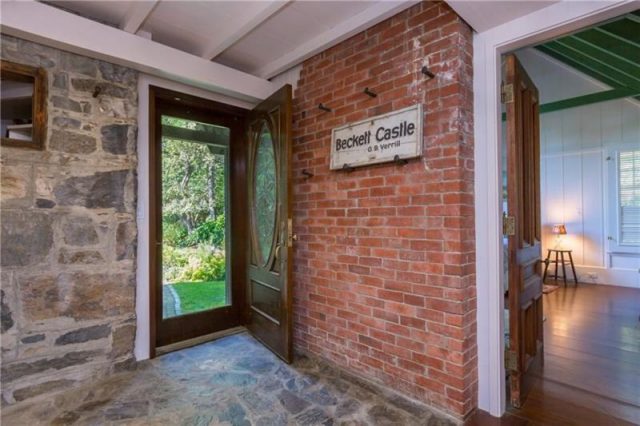 The property has three bedrooms and three bathrooms, plus a secluded one-bedroom guest house. Photo by Zillow

Inside, the house has many period wood features, including exposed beams, leaded windows, narrow doorways, lovely stone and brickwork, and built-in bookshelves. 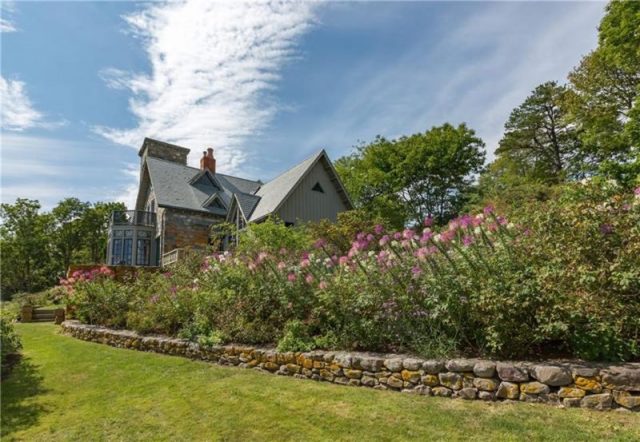 The house was built as a summer cottage by lawyer and author Sylvester Blackmore Beckett. Photo by Zillow

Situated on the property at the moment are a cottage, artist’s studio and secret gardens. However, there is much more to this estate than its scenic value. This site is actually known to be quite haunted. 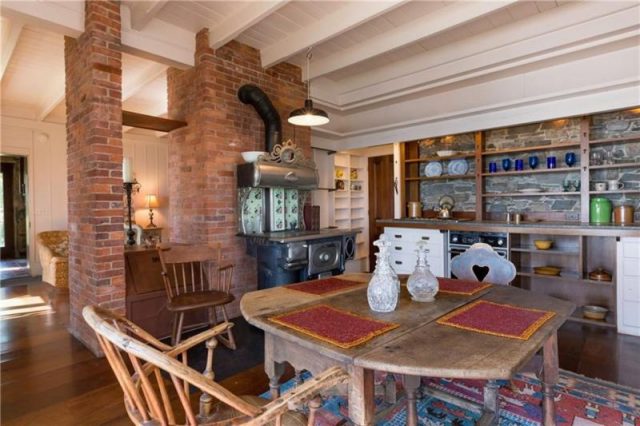 The contents have already been sold off at auction, but that by no means detracts from the charm of this Gothic-style “castle” home. Photo by Zillow

Beckett died in his home less than a decade after completion, in 1882, and since then there have been many strange incidents reported in the home.

Beckett himself is said to appear in the form of a blue ball of light. His spirit has also been reported to have taken blankets off of freshly made beds, opened doors repeatedly, and pulled paintings from walls. 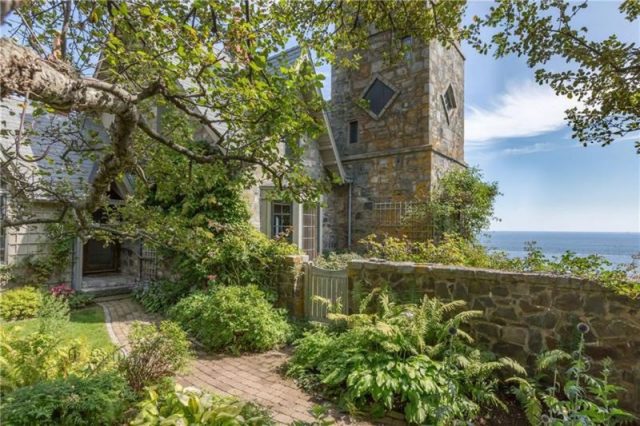 Beckett’s Castle is listed for $3.5 million. Photo by Zillow

One previous owner, Robert Lins, believed that the spirit of Beckett remained in the home, and he hired a medium, Dr. Alex Tanous, as well as a reporter, Lynne Campbell, to witness a séance during which the medium “channeled” Beckett’s apparition. 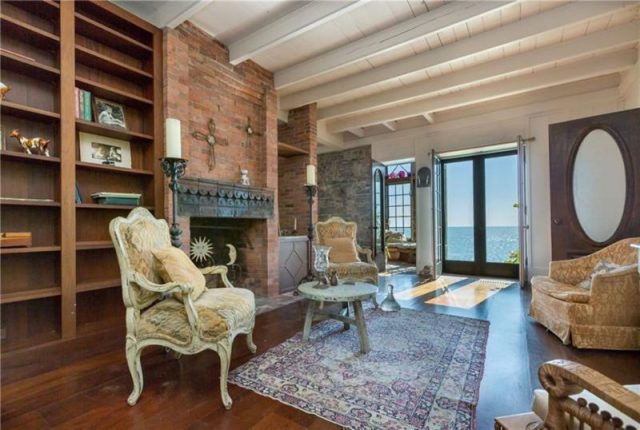 Living room with a stunning ocean view. Photo by Zillow

It was hoped that Dr. Tanous could provide some insight as to who, or what, was causing the supernatural disturbances. 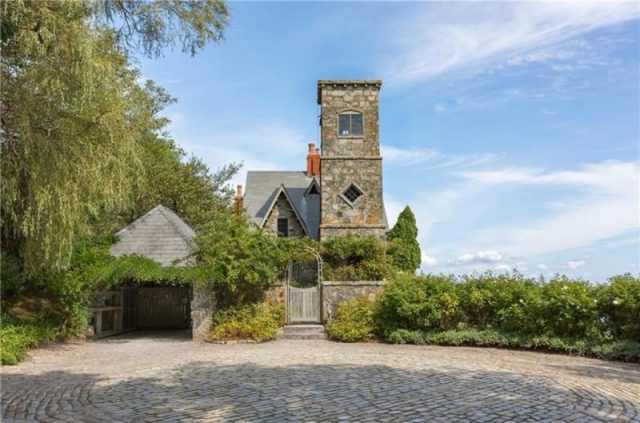 The 30-foot tower is a landmark for ships approaching the entrance to Portland Harbor. Photo by Zillow

As an example of odd occurrences, Lins mentioned that he had hung a painting over his stove, and found it in the same place–face down behind the stove–at least four times. 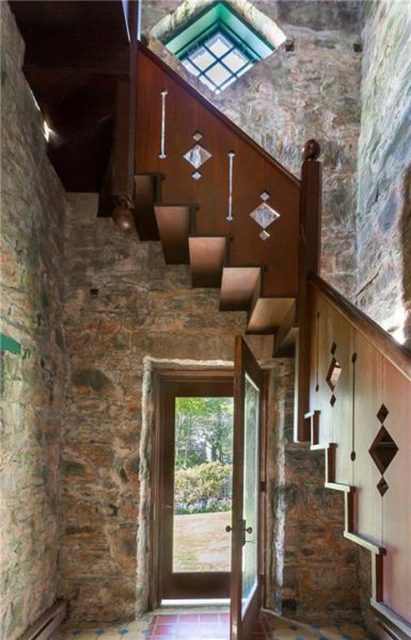 He also reported feeling pressure, as if being held down, while sitting in his living room, and the door that led from his bedroom to the tower would open and close on its own.

He became so frustrated with this that he nailed it shut. However, the door opened once again, and so powerfully that it pulled the nails out of the casing. 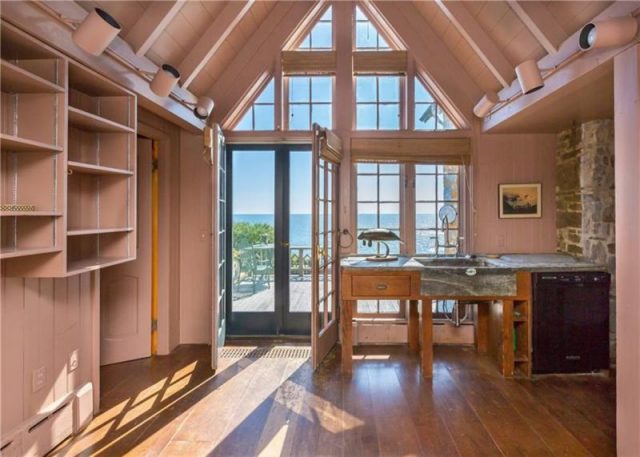 Kitchen with granite counter-tops and a gorgeous sun terrace. Photo by Zillow

During his time in the house, Tanous claimed to sense several spirits, some of whom were painters.

Tanous confirmed that he also believed Beckett to be still in the house, and he was simply making his presence known. 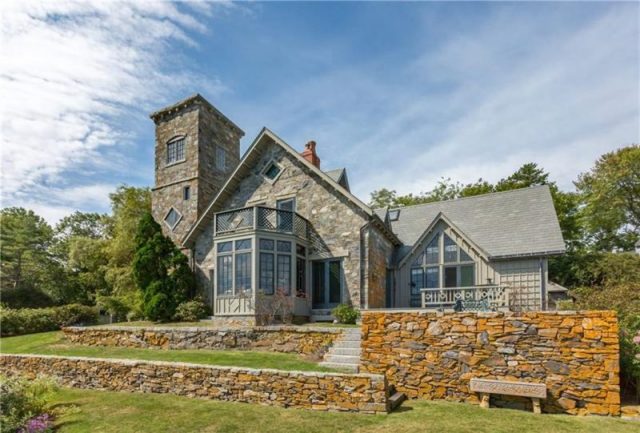 The reporter, however, maintained a healthy dose of skepticism and had to apparently leave the room due to a coughing fit, so never actually witnessed anything.

Despite there being no documented evidence of any claims of paranormal activity in the house, the site has nonetheless been featured in several books and websites about famous haunted properties. 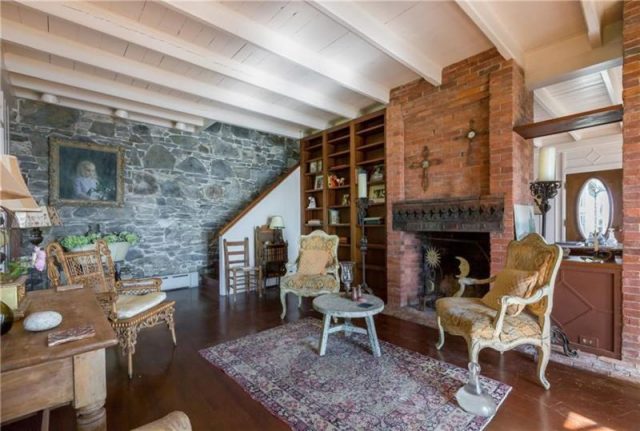 The house was restored and refurbished by it’s most recent owner, Nancy Harvey. Photo by Zillow

Added to the mystique of the house is the fact that Beckett himself was interested in the presence of an afterlife, and conducted séances of his own on site.

The property was recently listed for sale, at $3.35 million. Its latest owner, Nancy Harvey, died in 2016. 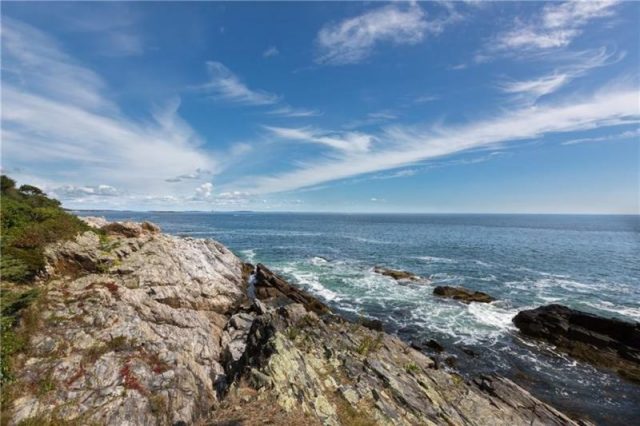 The view across Casco Bay from Beckett’s Castle. Photo by Zillow

The home, which had fallen into disrepair, was restored and refurbished by Harvey when she purchased it in 1981–almost 100 years after Beckett died–adding what has been called a “magical touch” to the site.

Harvey felt that her efforts made Beckett’s spirit “happy” and the only experiences she had with him were “gentle.” The house is listed in the National Register.