Hallie Illingworth has an especially morbid place in crime history. Of all American real-life horror stories of the past, rarely there has been one in which the victim has been found “saponified.”

The tragic case involved a woman who was apparently beaten to death, strangled, and then dumped in a lake, her remains wrapped tightly with ropes in blankets. The person who took her life and disposed of the body was eventually found and convicted.

The name of the murderer appeared in October 1941 when newspapers such as the L. A. Times reported on the case. His name was Montgomery “Monty” J. Illingworth, and he was charged with killing his spouse, Hallie Latham Illingworth.

The murder took place four years before that, in 1937, but what happened? Why did the Illingworth woman decompose in such a bizarre way — and why she was killed by her husband in the first place? 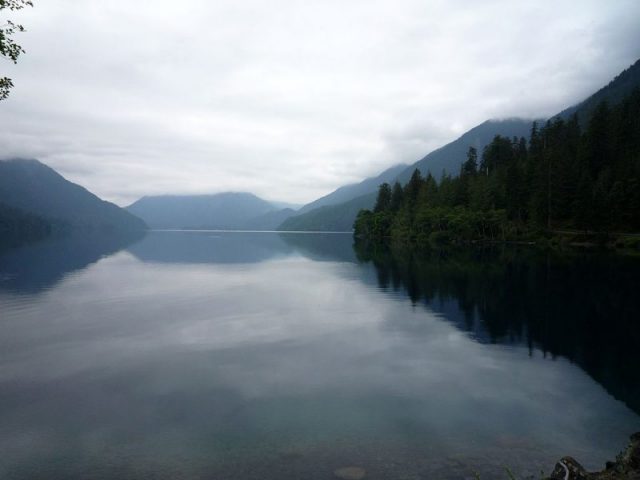 Along the shores of Lake Crescent. Photo by Bobak Ha’Eri CC By 3.0

Her body was discovered in the lake in July 1940. It was retrieved by two men who were fishing at Lake Crescent, roughly 17 miles from Port Angles and within the boundaries of the Olympic National Park, Washington. At first, the corpse was unknown and was popularly designated “the Lady of the Lake.”

The remains of the woman had rested in the ice-cold waters of the lake for three years. The body was found strangely preserved in the blankets in which it was wrapped, held tight by a bulky rope. But the oddest thing was that the flesh had turned in something which medical personnel compared to Ivory soap.

One of the doctors who scrutinized the remains, Dr. Kaveney, remarked: “I never saw a corpse just like this one before. The flesh is hard, almost waxy.” 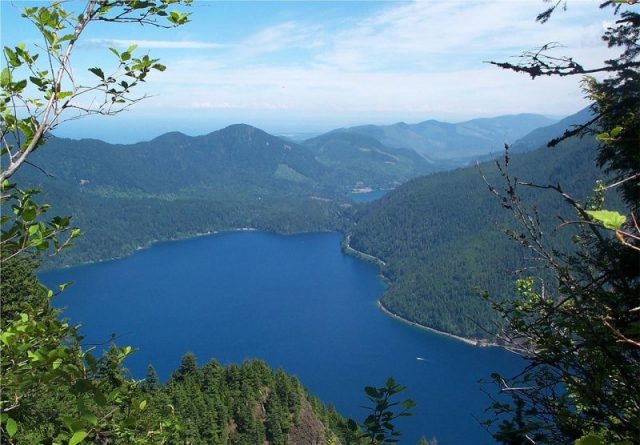 The doctor estimated that the young woman would have measured five feet six inches, and she would not have weighed more than 140 pounds at the time of her death.

The medical examiner explained that the saponification of her skin was due to the presence of specific minerals in the lake that chemically reacted with the fats in the corpse, hence its strange appearance upon discovery. The cold might have also aided in the process.

Identification of the unfortunate woman was the next challenge for investigators. They could find no fingerprints on either hand, and parts of the face, lips, and the nose were entirely decomposed.

Strange and mysterious Islands from around the world.

Still, it was quickly determined what caused her death. There were clear traces of a brutal physical attack, as well as marks attributed to strangulation.

Nobody could tell who the woman was for a while, so “the Lady of the Lake” designation stuck. A breakthrough in the case happened when investigator Hollis B. Fultz started looking at reports of missing persons in the region close to Crescent Lake.

What grabbed Fultz’s attention was the notice of a waitress named Hallie Illingworth who disappeared sometime before Christmas 1937, and whose hair was auburn just like the hair on the corpse. 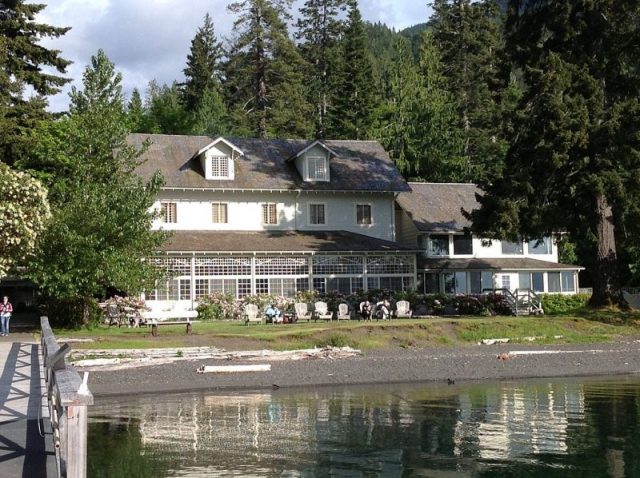 Hallie worked as a waitress at the Lake Crescent Tavern, but she was originally from Kentucky. She had moved to Washington probably in 1934, was in her 30s, and had two failed marriages behind her already. She married Monty Illingworth some time after settling in Washington State, and her third husband quickly became the main suspect.

Monty Illingworth, a beer truck driver, had spread a rumor that his wife Hallie abandoned him. That she had him left for another man.

But there was no trace left by Hallie of her alleged absconding, no messages to her family or friends informing them of where she was or how she was doing. Nothing.

Another intriguing detail was that Mr. Illingworth filed for divorce few months after his wife “left him.” By which time he already moved in with another woman — the two of them eventually relocated to California. 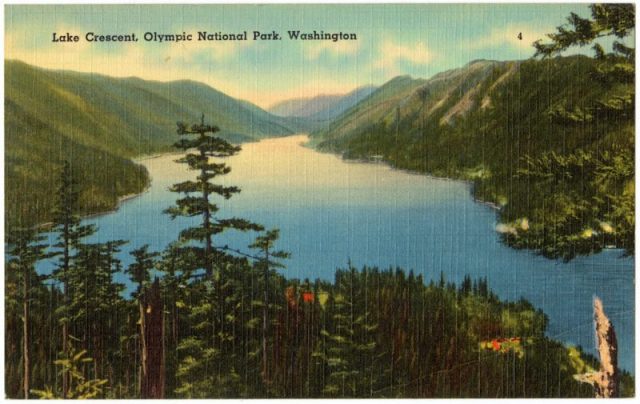 There were two additional details which helped investigators reach their conclusions. The first big clue was a unique-looking upper dental plate that was found in the corpse’s mouth. The second hint was the heavy rope that was used to wrap the blankets in which the corpse was stored.

To trace who produced the dental plate was not easy, but it was not impossible. Information on it was published in various newspapers. One elderly dentist who lived in South Dakota confirmed the dental plate did belong to Hallie Illingworth; he had reportedly worked on it years ago. 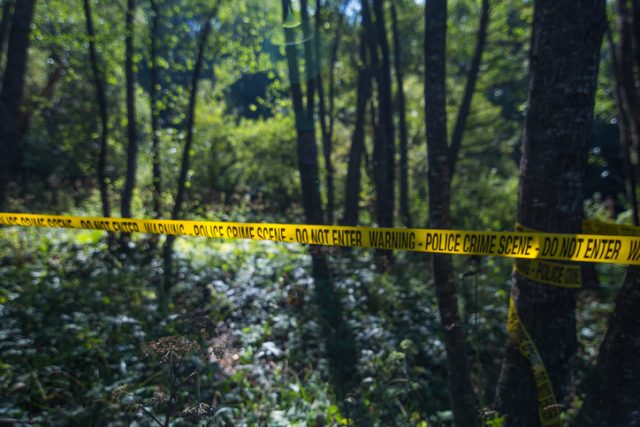 The remains of the woman had rested in the ice-cold waters of the lake for three years.

The second significant clue, the rope, was traced to a store near the lake. Monty had purchased dozens of feet of it, and the storekeeper still had some of the same rope in stock.

If that was not enough, there was also the fact that the marriage between Hallie and Monty seemed far from a happy one. Monty was Hallie’s third husband. We don’t know what her life was like with the two other spouses, but apparently, the latest one was prone to violence.

On at least one occasion, police had to intervene at their family house because the pair ended up brawling. They had been married just five months. According to witnesses, Hallie had bruises all over her limbs and face when she turned up for work the next day. 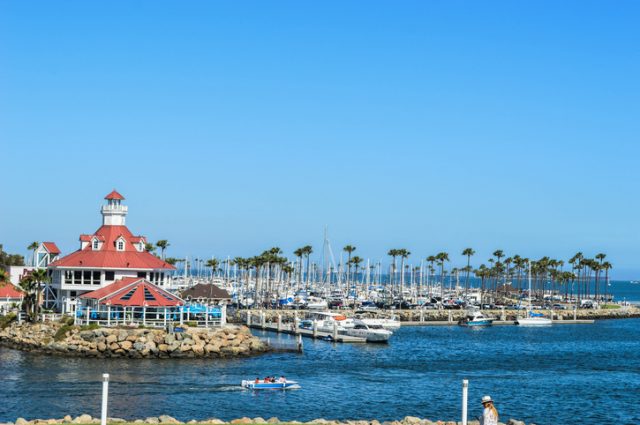 Monty was arrested in his new home at Long Beach where he lived with the new partner, Elinore Pearson.

He was forced to leave California and go back to Washington, where the trial was scheduled. The case attracted a lot of public attention in March 1942. Monty denied any connection to his former wife’s murder, claiming she was alive the last time he saw her.

Related Article: Diana of the Dunes – She Left Civilization to Become a Lake Michigan Legend

However, let’s say that justice prevailed for Hallie Illingworth. Her spouse and killer, Monty Illingworth, was sentenced to life imprisonment, although he made parole after nine.

At this point, he went back to California. He spent the rest of his life there.