Ancient GPS – The Viking Sunstone Allowed them to Conquer the Seas

The first episode of the TV Series Vikings shows a Viking sunstone. The episode revolves around Ragnar Lothbrok and his brother yearning to try their hand at raiding in the west, not around the Baltic Sea as they apparently have for years. This is another of the show’s errors–the Vikings knew full well there was land to the west.

Trade had gone on sporadically for centuries throughout the breadth and length of northwestern Europe, including the British Isles. Still, many British trade goods arrived via Denmark over land from France, and not every Ragnar, Rollo, or Ivar would know how to get there over the open ocean. 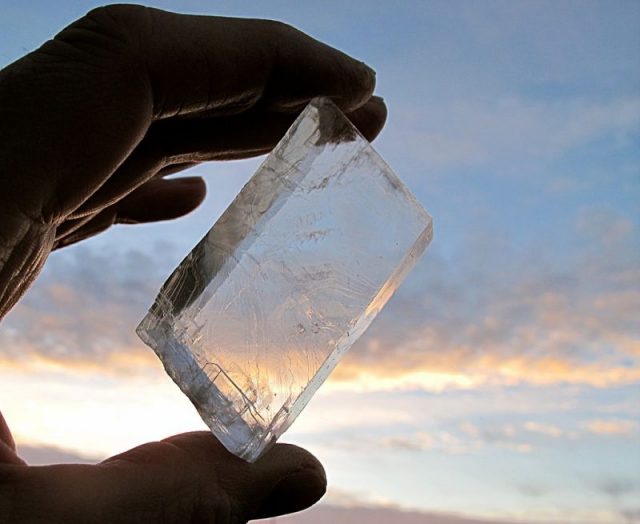 Iceland spar, possibly the Icelandic medieval sunstone used to locate the sun in the sky when it was obstructed from view by clouds. Photo by ArniEin CC By SA 3.0

Ragnar lets his brother in on a little secret. He has gained a “sunstone” from a wanderer, and this will allow them to successfully navigate even if the sun is obscured with cloud and fog, as is common as dirt in the North Sea.

Here’s the trouble. No one is sure that sunstone (which is the nickname for certain types of feldspar, and other stones, such as calcite and tourmaline) was used in the Viking era, or as early as Ragnar Lothbrok was said to have lived. Icelandic sagas written in the 12th and 13th centuries mention “sunstones” but are vague about their use. 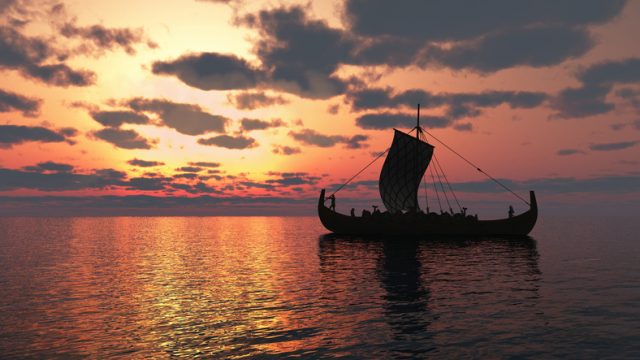 Later Christian texts mention them as well, but we do not know whether the Vikings of any era used them for navigation. Until archaeologists find one in a Viking grave or other yet undiscovered site, we may never know for sure.

Recent studies at the Eötvös Loránd University in Hungary have shown that it was possible to navigate using a sunstone. As reported in the journal Royal Society Open Science in April 2018, two professors, Dénes Száz and Gábor Horváth, knowing the measurements and traits of Viking-era vessels, weather patterns in the North Sea and currents, ran 36,000 computer simulations of Viking voyages. 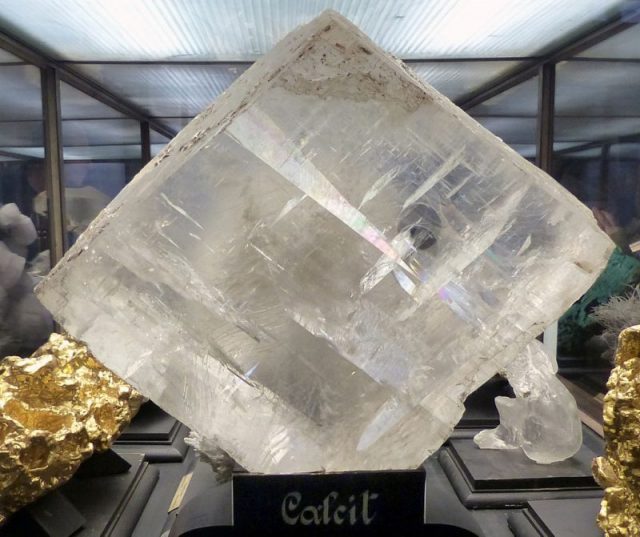 They found that if a navigator used a sunstone to monitor the sun’s position at least once every three hours he would reach his target exactly 92-100 percent of the time (and this period includes just before sunrise and just after sunset, as sunstones can magnify the suns light on the horizon before its truly visible to the naked eye).

In one of their simulations, the professors used a different type of sunstone, and departing from Norway in their simulation, found that if they checked their stone for the sun once every four hours instead of three, they would blow past the United Kingdom, Iceland, Greenland, and end up in…Canada.

Was the sunstone the device which gave the Vikings superiority over the sea? It very well may have been. And control of the sea was the most important factor in controlling trade, controlling colonies, controlling wealth, people and pretty much everything else during ancient times, up through the Dark Ages, the Viking Age, all the way up until the invention of aviation.