Mysterious disappearances in US history

History is as fascinating for its mysteries as for what it tells us about the past. Cases where people disappear are especially interesting. They are a prime example of history at its most tangible, yet they are also cryptic, dangling loose ends that will seemingly never be tied up.

Take Jimmy Hoffa for example. This infamous champion of the oppressed in the U.S. rose to the top of the Teamsters Union, before ties to organized crime proved his undoing. He was incarcerated in 1967 following charges of jury tampering, fraud and attempted bribery.

Hoffa resigned his role after four years behind bars, as part of a deal with President Nixon. 1980 was the year in which he could legally resume his union activities, but the giant of the labor movement thought he could overturn the decision. This set him on a path that led to his mysterious disappearance. 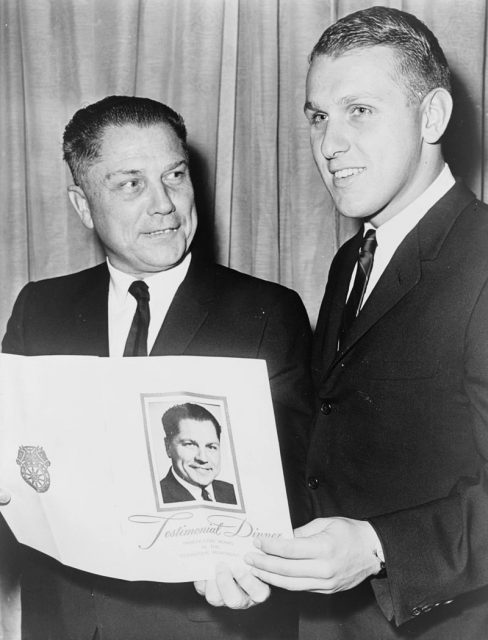 In 1975 he was in the midst of a prospective comeback and was spotted outside a restaurant in Detroit, Michigan. This was the last time anyone saw him alive. Although he was officially declared dead in 1982, the lack of a body has fueled speculation about his fate. 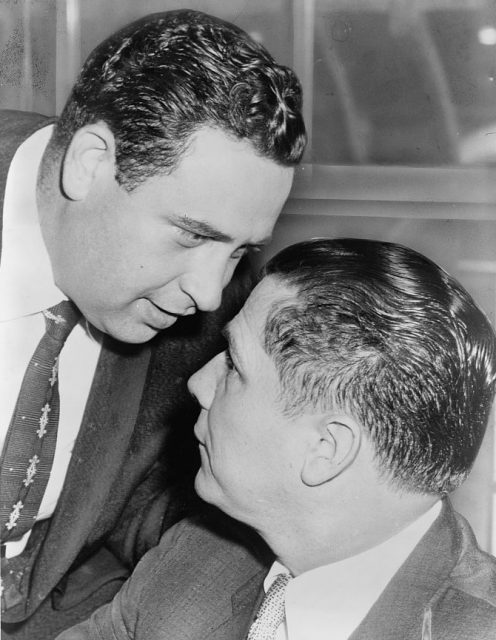 Hoffa (right) and Bernard Spindel after a 1957 court session in which they pleaded not guilty to illegal wiretap charges.

There are those who claim he still lives, but a more likely explanation is that he fell foul of the Mafia. One theory is that he was executed by the Mob then destroyed in a sausage factory. Last year Prof. James Buccellato of Northern Arizona University gave his expert opinion on the mystery. He had this to say to CBS Detroit:

“There were a couple of incinerators in Detroit that were owned by the Mafia. It would’ve been a quick drop…and possibly a sausage factory in Detroit; he was possibly ground up… I really disagree with the notion that his body was transported to New Jersey and buried or New York and buried or Florida and fed to the alligators. It’s just not practical.”

His story was immortalized on film in 1992 by director Danny DeVito and star Jack Nicholson as Hoffa. Written by David Mamet, the movie didn’t definitively say who murdered the union boss. A more direct approach is being taken by Martin Scorsese, whose film The Irishman — about Hoffa’s supposed killer Frank Sheeran — will be released in 2019. 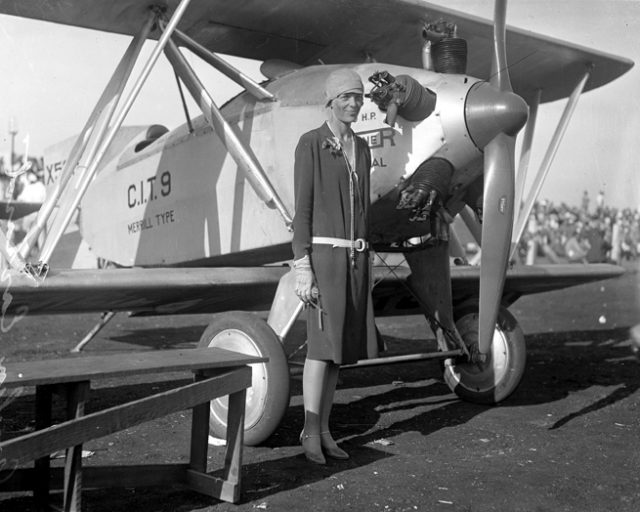 Our next disappearance takes us from the cold ground to the clear air. Amelia Earhart blazed a trail for female pilots through her feats of flying. These included being the first woman to take a plane single-handedly over the Atlantic Ocean. In 1937, however, her legacy took on a different complexion.

During her around-the-world adventure, she and navigator Fred Noonan had reached the Pacific and were looking to stop off at the small land mass of Howland Island. There was just one problem… they couldn’t find it. Some fractured radio transmissions were all that remained of the pioneering pilot and her colleague. 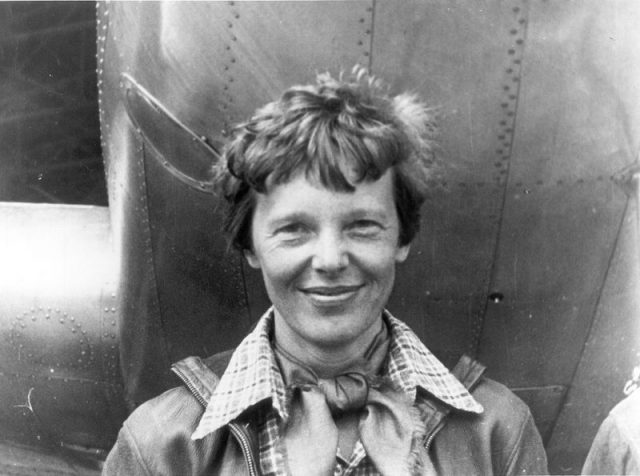 Ideas about the fate of Earhart and Noonan are as random as the currents from an ocean storm. As written in National Geographic in 2017, there are 3 prevailing theories. The first is that they simply went down in the drink, and were claimed by the sea. Deep sea companies such as Nauticos, based in Maryland, have explored the aquatic area.

As described in the article, “In March and April of 2002, the company used a high-tech, deep-sea sonar system to search 630 square miles (1,630 square kilometers) of the ocean floor near Howland. They didn’t find the plane on that expedition or a 2006 follow-up mission.” 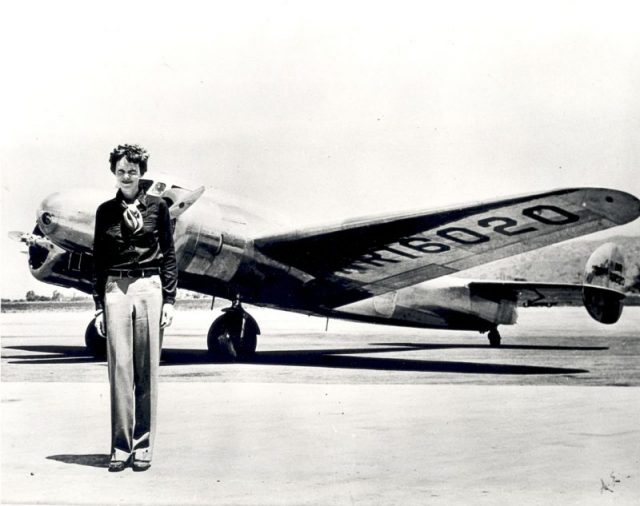 Another piece of informed guesswork involves Nikumaroro Island, thought to be the only plausible landing location had Earhart’s Lockheed Electra 10E missed Howland. According to research by TIGHAR (The International Group for Historic Aircraft Recovery):

“The researchers base their hypothesis on Earhart’s last radio transmissions… ‘KHAQQ [the Electra’s call letters] to Itasca. We are on the line 157 337.’… The ‘line 157 337’ indicates that the plane was flying on a northwest to southeast navigational line that bisected Howland Island. If Earhart and Noonan missed Howland, they would fly either northwest or southeast on the line to find it. To the northwest of Howland lies open ocean for thousands of miles; to the southwest is Nikumaroro.” 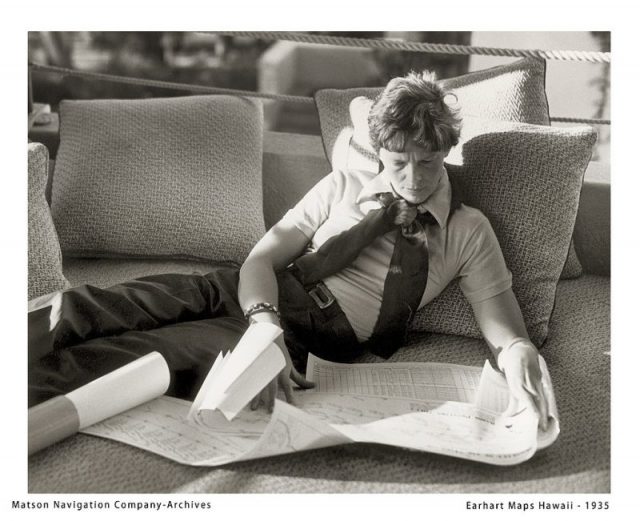 The last idea concerns wartime intrigue, with Earhart and Noonan heading for the Marshall Islands with nowhere else to land. They were then held by occupying Japanese forces. Were they spying for the Americans, or just caught up in the crossfire? Things get a little murky.

“Some believe both pilots were eventually killed, while others believe Earhart and maybe Noonan returned to the U.S. under assumed names. According to one theory, Earhart took the name Irene Craigmile, then married Guy Bolam and became Irene Bolam, who died in New Jersey in 1982.”

Earhart’s story has inspired all manner of media. A song called ‘Amelia Earhart’s Last Flight’ was recorded in four years after her disappearance by Red River Dave McEnery, also known as the “Yodelling Cowboy.” 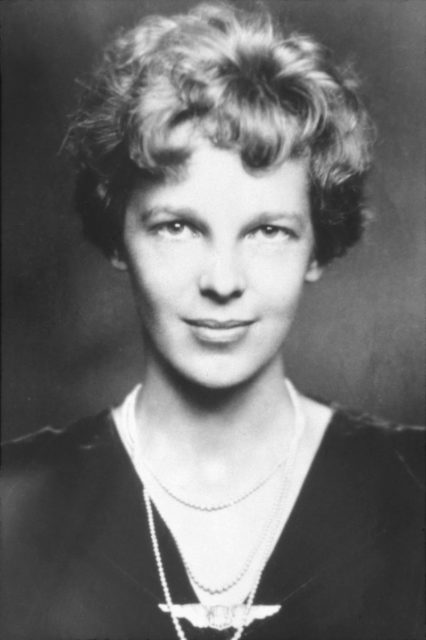 Onscreen she has been portrayed by Diane Keaton, Hilary Swank, and most recently Amy Adams in the Night At The Museum franchise. These ensure her memory is never lost, even though her whereabouts are still a mystery to this day.

Finally there is the strange case of D.B. Cooper. Several years before Jimmy Hoffa walked onto that restaurant parking lot and was never seen again, a character in dark glasses boarded a plane in Portland, OR. His tale of “air piracy” has passed into hijacking legend for its sheer audacity.

An initial attempt to inform an air stewardess about his intentions fell flat. “After takeoff, he handed a note to a flight attendant, who assumed he was hitting on her and placed it in her purse,” as related by the History Channel. 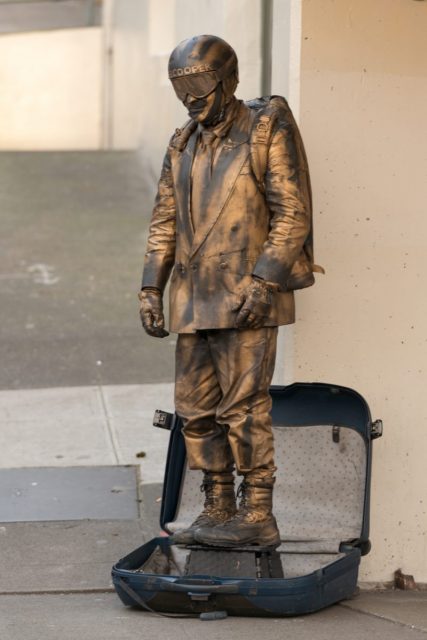 A man dressed up like D.B. Cooper in Pike Place Market, Seattle.

Following that false start, he mentioned to her that he was carrying a bomb. He then put his daring plan into operation, demanding $200,000 and four parachutes. After the plane landed at Seattle-Tacoma International Airport, Cooper was given what he’d asked for and told the pilot to make for Mexico City.

Cooper didn’t step off onto the runway though. His means of exit were altogether more dramatic. History writes, “A short time later, he jumped out of the plane and into a raging thunderstorm. He was never seen or heard from again. Since his disappearance, the FBI has investigated and subsequently ruled out more than a thousand suspects.” Numerous sources, including this website, have followed the investigation into the skyjacker’s identity. 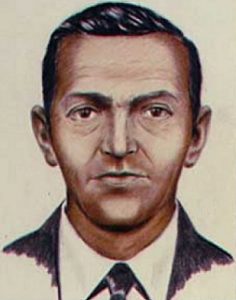 The mysterious figure had a cultural impact, winding up in numerous small screen productions, such as The Blacklist and Prison Break. He also used the expression “No funny stuff,” which some may recognize from 1998 Coen Brothers comedy The Big Lebowski. 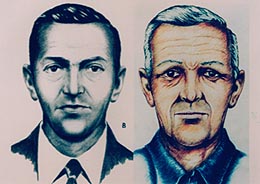 It was only last month, some 46 years after the event took place, that the mystery was reportedly resolved. Writer and filmmaker Thomas Colbert believed the culprit was Robert Rackstraw, a veteran of Vietnam, based on a letter penned by Cooper in 1972. 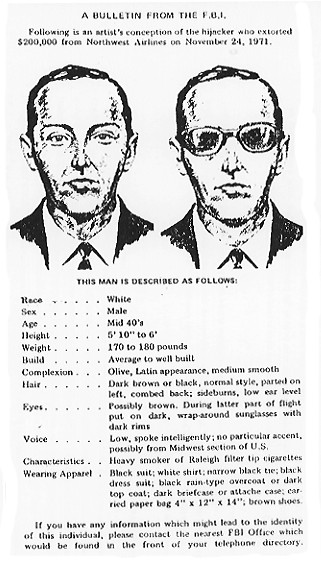 Colbert joined forces with Rick Sherwood, who had been Rackstraw’s boss in the military. Sherwood examined the letter and verified it as his former employee’s handiwork.

In an interview with The Daily News he revealed: “I read it two or three times and said, ‘This is Rackstraw, this is what he does’…I noticed he kept on repeating words in his sentences and thought he had a code in there somewhere. He was taunting like he normally does and I thought his name was going to be in it and sure enough the numbers added up perfectly.”

It just goes to show that, no matter how impenetrable the situation, a dogged determination and lots of perseverance can triumph against history’s deepest mysteries.

« The Most Notorious Pirate Hangouts and how they Look Today
Top Gun: Maverick returns to the Danger Zone with co-stars Tom Cruise and Val Kilmer »