McKamey Manor: “Extreme Haunted House” is not for the Fainthearted

McKamey Manor is described as “a nonprofit haunted house or ‘extreme haunt.’” It was founded and run by retired U.S. Navy man Russ McKamey. Judging by the testimonies of participants, the house is more akin to a voluntary torture chamber. It’s less about ghosts and more into extreme physical and emotional discomfort.

Beginning in his own home in San Diego, California, McKamey picked up and moved his “extreme haunt” to facilities near Huntsville, Alabama, and Nashville, Tennessee in 2017. McKamey says he moved after losing his job and the high costs of living in San Diego. The original haunt in San Diego was free admission, only asking for donations of dog food. 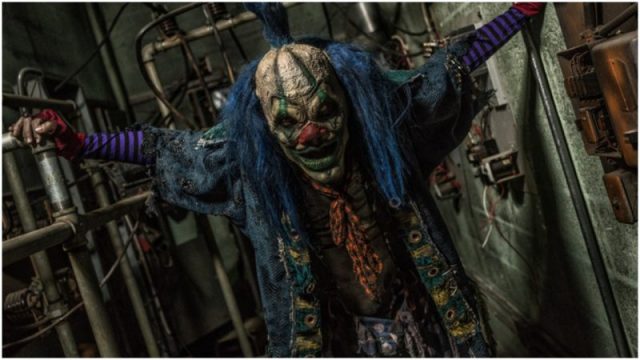 McKamey first considered relocating to a small town in Illinois, but changed his mind after stiff opposition to his haunted concept. Wherever he goes, McKamey has faced criticism about his operation. Some petitions have been sent to close McKamey down. Yet that hasn’t deterred visitors, as apparently there is a waiting list of thousands of people still trying to gain admission. 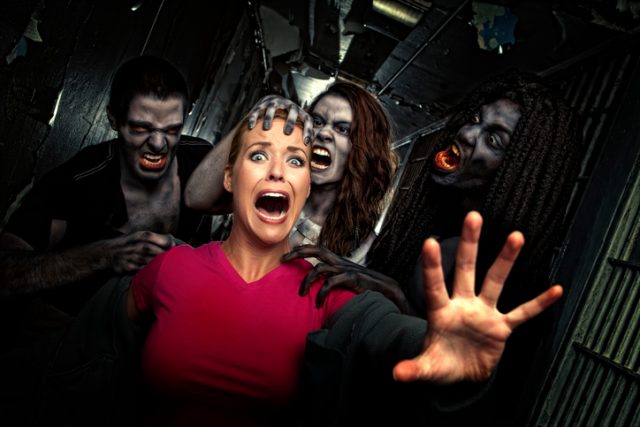 The haunted tour occurs only once a week and allows up to two people at a time. There are a number of requirements that need to be met to qualify. Background and health checks are required for all participants, and it is adults only. A 20-plus page waiver is required to be signed, acknowledging that forms of torture and abuse will take place.

Some of the listings in the waiver would make most people run away. One situation described is a possible visit to the “barber.”

Acknowledgment of this clause gives staff permission to shave participants bald, including eyebrows. Another section warns that mouse traps are used, subjecting the victim to potential bruising and broken fingers. Other risks include extreme temperatures, being bound and gagged, possible needle injections and tooth-pulling.

Yet, the owner still has some self-imposed limits to his act. McKamey frowns on cursing and does not swear during shows. He also will not allow nudity or sexually suggestive material. Otherwise it’s mostly fair game.

Russ McKamey himself, whether as part of a marketing scheme or actual honesty, tells people not to sign up for the experience. “You don’t want to come here, don’t do this, it’s not fun, it hurts,” says McKamey. As part of his pre-show research, McKamey looks for background information on participants, trying to find out what their biggest fears are to be used against them. 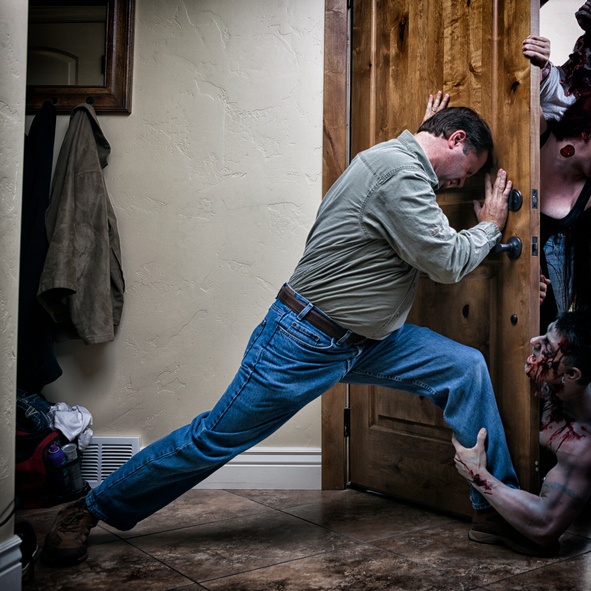 The day usually begins with participants waiting in a parking lot, where they are soon “abducted” by McKamey and his team. McKamey makes sure local police are warned every time the show is about to start. In the early days, authorities were sometimes called by people witnessing the incident and McKamey was forced to suspend his operation to explain.

There are reportedly thousands who can already speak about the Manor experience. McKamey calls the show all smoke and mirrors, using psychological techniques. But apparently, no one has yet made it through the whole ordeal.

Videos show participants under stress, many are covered in dirt and other substances. Insects and snakes crawl around victims’ bodies. Some fear drowning. Others cry out for mercy, as volunteer actors dressed as psychopaths scream and taunt them.

There never used to be a safe-word involved. McKamey would decide when to end the session. Often, participants wind up gagging and vomiting. Some lose consciousness. Many wind up begging for it to end. Due to outside pressure, there is now a safe-word that can be invoked to end the torture.

Despite signing the extensive waiver, some people regret ever stepping foot in McKamey Manor. One woman, Amy Milligan, said she was traumatized by her visit.

Milligan claims she was pushed, slapped, and yanked around. She also said her head was repeatedly held under water, despite her begging her handlers to stop. In his defense, McKamey says that everyone who takes part knows exactly what type of situation they are getting into.

Others speak almost fondly of the experience. While most would never do it again, they are glad they had a chance to try. Some participants apply to be actors hoping to bring a world of fear to new recruits.

Read another story from us: Haunted Castle for sale

McKamey attributes the popularity of his show to modern society. Due to graphic movies and the Internet, he believes that people today are so dulled to horror that they are seeking out new ways to be scared. McKamey Manor certainly seems to fulfill that need in the most intimate and personal ways imaginable.