The Story of Cinderella Goes Back 2,000 Years

For many people, Cinderella immediately brings to mind the images created by Disney back in 1950 – the fairy Godmother, the sweeping blue ball gown, the glass slipper, and the singing mice. The story, as told in the animated film, is a pretty watered-down interpretation.

Cinderella’s story is much older than Disney’s adaptation. In fact, it can be traced back to stories that date back as far as 2,000 years ago, according to Vox. 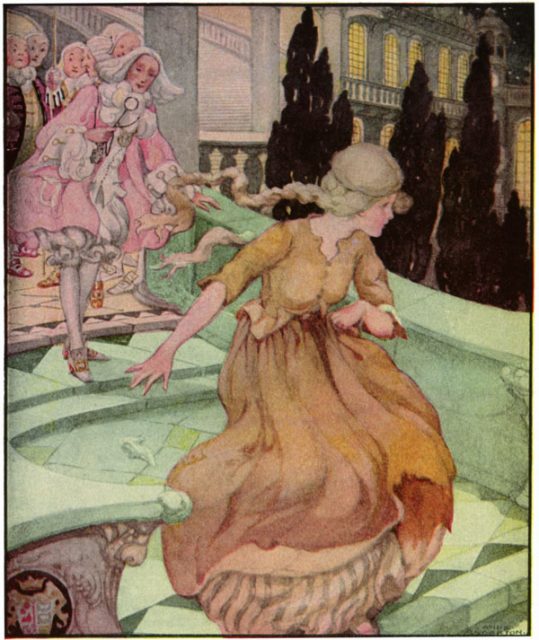 The story of Cinderella, at its most basic, is of overcoming oppression and crossing class lines. The first iteration of the story can be traced to Greece, during the sixth century B.C. In the Greek version of the tale, a courtesan named Rhodopis has her shoe carried away by an eagle.

The eagle takes it across the Mediterranean and drops it in the lap of an Egyptian king. The king goes looking for the shoe’s owner, and eventually finds Rhodopis and marries her, lifting her from her previous station in life and making her a queen. 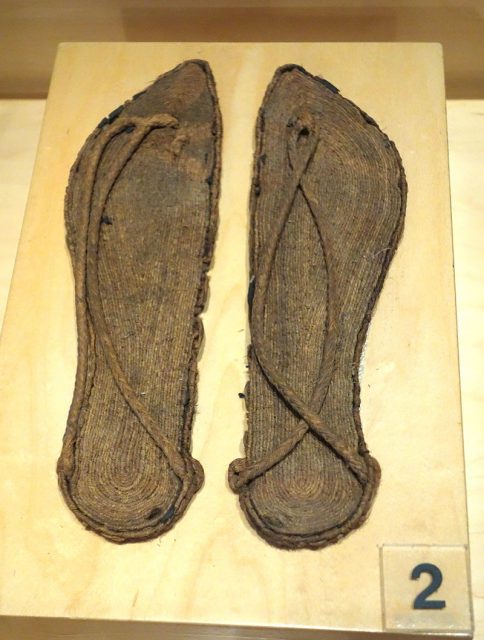 Another very old version of the story exists in China and is the tale of Ye Xian. According to Ancient Origins, she was the motherless daughter of a cave-dwelling chieftain. There is a very similar cast of characters to the Cinderella myth we recognize today, including an evil stepmother and unkind step-sister. In place of a fairy godmother, Ye Xian has the magical bones of a fish, which grants her wishes. 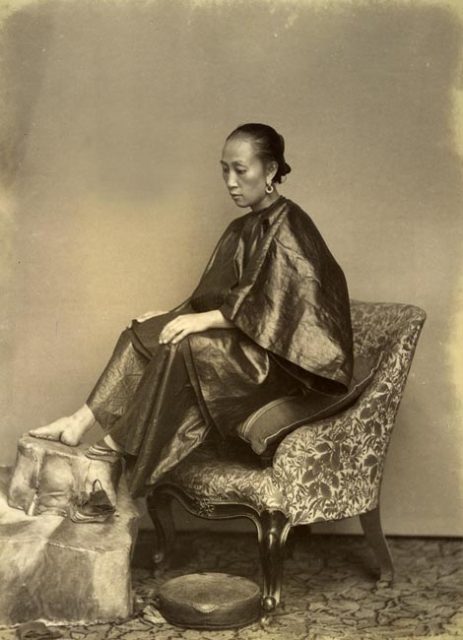 When her father dies, she becomes the servant to her step-family who wish to degrade her and keep her from outshining her stepsister, Jun-Li, who is significantly less attractive than Ye Xian. When her family goes to a festival celebrating the New Year, she is left behind.

With help from the magic bones, she goes to the festival wearing a beautiful gown and golden shoes resembling fish scales.

She is well received by everyone at the party, but is afraid of being recognized by her family and flees, leaving behind a shoe. 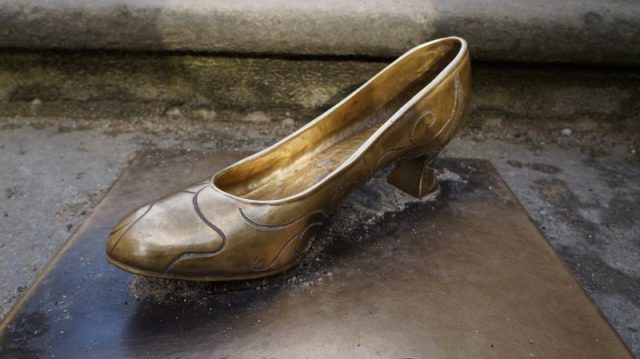 The shoe trades hands several times, eventually coming into the hands of a king. The king is fascinated with the shoe’s very small size and has it put on display in a pavilion. Ye Xian eventually makes her way to the pavilion, convinces the king to let her try on the shoe, and the usual happy ending occurs. 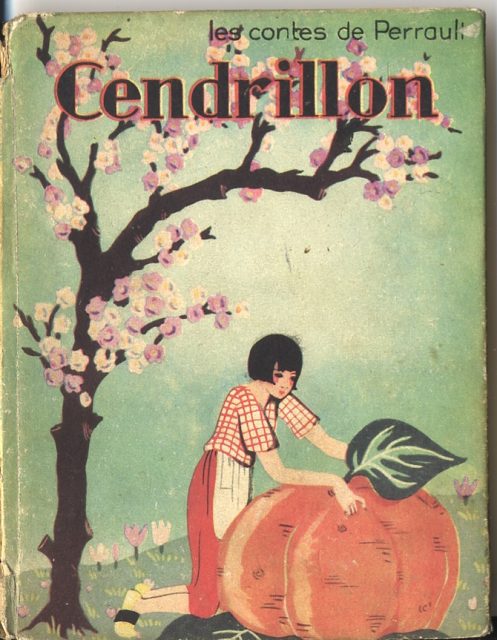 Across Europe, there are more than 500 versions of this same basic theme. Among the most famous are the tales of Aschenputtel, written down by the Grimm brothers, and Giambattista Basile’s La Gatta Cenenterolla.

While both of these are remarkably more violent than our beloved Disney version, they are based on older — and darker — folk tales. Murder, mutilation, cannibalism, and incest all feature in these tales from around the globe. 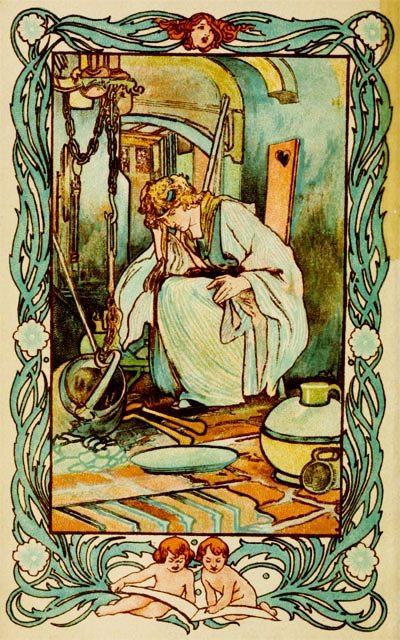 Charles Robinson illustrated Cinderella in the kitchen (1900), from “Tales of Passed Times” with stories by Charles Perrault.

The version of the story most of us know best, the one that would define Cinderella for the next 400 years, originated in France in the 17th century and was called Cendrillon.

Charles Perrault’s version of the fairy tale, published in 1697, is the first to include the pumpkin, fairy godmother, and a few friendly animals who help poor Cendrillon find her prince.

All the versions of this very old story have some themes in common. The first is women of beauty suffering in privation, poverty, and/or the lower classes and being raised into the realm of royalty and, usually, love. 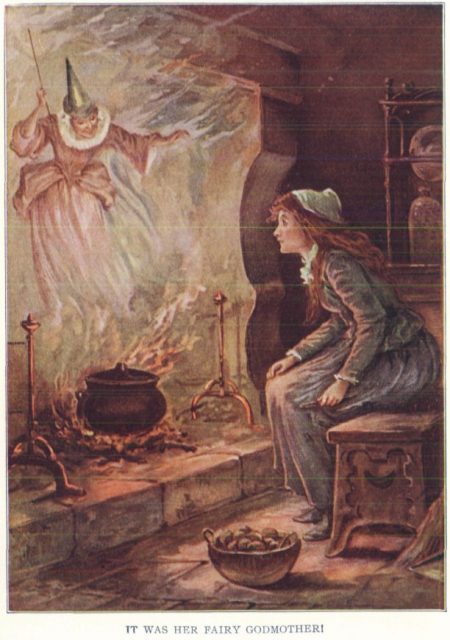 Another is that all versions of the story reflect the social and political powerlessness of women relative to men during much of history. Cinderella is largely a passive figure. All the things that prove to be her salvation come from sources other than herself.

In the modern versions of the story, she is portrayed as being the privileged child of a wealthy man until her father’s death strips away her status. Her status and security are regained only through the prince.

Finally, the story can also be interpreted as a morality tale promoting women staying within their proper roles in society in that the heroine’s beauty can symbolize virtue and purity, which are rewarded, whereas the figures of the step-family who embody meanness and spite are generally portrayed as being ugly, and in many versions of the tale come to bad ends.

Read another story from us: The true story of Pocahontas is sadder and less romantic than the enduring myths

No matter which of these interpretations you choose, though, modern society’s romanticization of the story is probably an undesirable thing to push on to young girls.