Explorers and marine archaeologists have located galleons and warships from the 16th century on the bottom of the sea before. But the discovery of the 97-foot-long Swedish galleon the Mars has gotten people particularly excited for several reasons.

First of all, the ship at the bottom of the Baltic Sea is astoundingly well preserved. So much so that looking at it is like a trip back in time.

Johan Ronnby, a professor of maritime archaeology at Södertörn University in Sweden, told National Geographic that he would like to leave the Mars on the seafloor and “use three-dimensional scans and photographs to share the wreck with the world.” 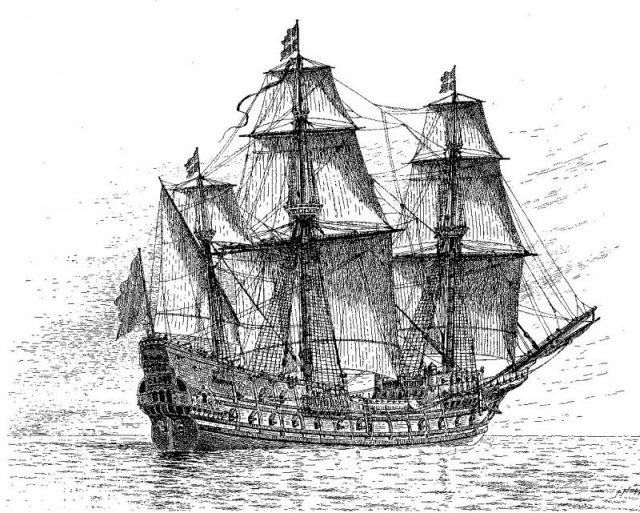 A drawing of the Swedish warship (ship of the line) Mars, also known as the Makalös (Peerless), which was constructed between 1563 and 1564.

Ronnby has gotten help in his research efforts from Richard Lundgren — part owner of Ocean Discovery, a company of professional divers that assists in maritime work.

Lundgren had been searching for the Mars for 20 years. He wasn’t alone. Finding the Mars was an obsession with many people because of the fame of the boat — and the supposed curse surrounding its discovery.

The Mars was the largest and most feared warship of its time, named after the Roman god of war. The leader of the Swedish navy, it was sunk during its very first naval engagement. 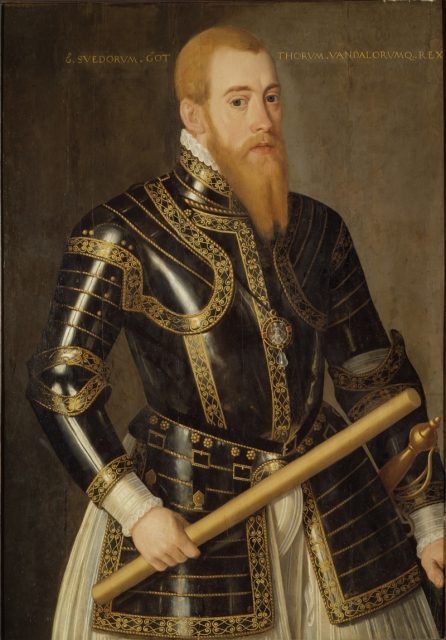 It all begins with King Eric XIV of Sweden and his desire to increase the naval power of his country. He ordered the construction of one of Europe’s first large, three-masted ships.

The King commanded his admiral to take the Mars out as part of a huge fleet aimed at Denmark and Lubeck (part of modern Germany) and sink ships using its artillery.

At first it seemed to dominate with its 800 men and 107 guns. But on the second day of the battle, enemy ships hurled fireballs onto the Mars and disabled it before sending the boarding parties. A fire may have occurred in the Mars‘ gunpowder stores, and that might have set the loaded cannons off. 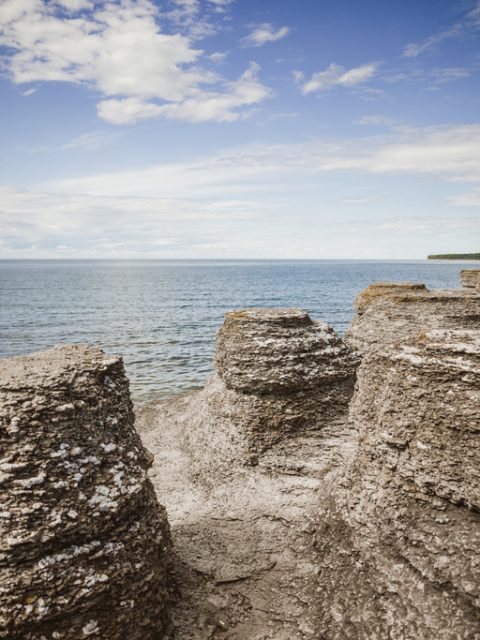 Whatever led to the destruction, the Mars sank on May 31, 1564, off the coast of a Swedish island called Öland. It came to rest on the seafloor tilted to its starboard side.

For centuries the curious searched for the wreck without success. Legend has it the Mars was protected by a special curse.

The story goes that a specter rose from the depths to guard the Mars against ever being discovered. It was not found until 2011, when some divers located the wreck in 246 feet of water.

Take a look at 25 of the best Pirate slang words ever:

Lundgren announced that the ship had been found. “The site is virtually littered with cannons,” he said to the press.  The discovery in its hull of silver coins minted the year before the battle by the Swedish king helped confirm its identity.

Since then research has focused on studying the wreck, gaining as much information as possible. 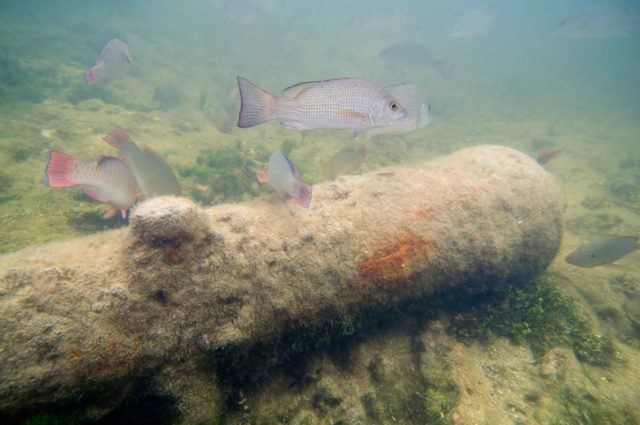 Sunken old cannon with some fish swimming around.

“If this is the Mars, it is a truly significant find,” said Andreas Olson, head archaeologist at the Royal Swedish Maritime Museum, in an interview. “When it comes to maritime history it really can be seen as the ‘missing link’ in the chain of what we know about historic shipbuilding.” Since 2011, research work has been underway, bringing back to life the 16th century.

King Eric XIV, while intelligent and inspired, was believed to have suffered from insanity. He was not only warlike but attacked people in his own kingdom, sometimes murdering his enemies with his own hands. For a time, he tried to woo Elizabeth I by long distance, but she declined him.

The King was deposed in 1568 by his nobility, held in prison, and died in 1577. Later tests showed high levels of arsenic in his body, leading to the belief that he was poisoned. 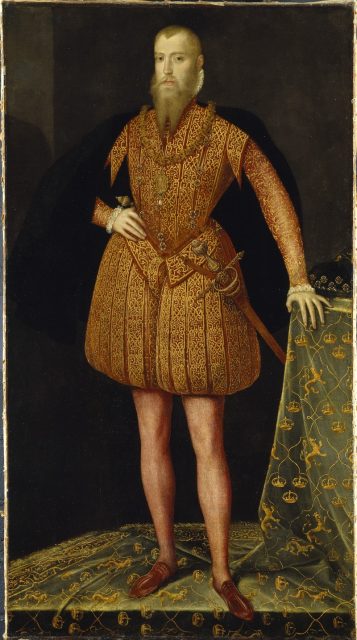 Portrait sent to Queen Elizabeth I of England, to further the negotiations regarding the marriage. By Steven van der Meulen 1561.

Why is his ship so miraculously well preserved?

Read another story from us:Unlikely Hero – How a Mother of Eight Rescued 15 Shipwrecked Sailors

“Low levels of sediment, slow currents, brackish water, and the absence of a mollusk called a shipworm — responsible for breaking down wooden wrecks in other oceans in as little as five years — combined to keep the warship in remarkable condition,” reported National Geographic.