Today, New York City is one of the largest and busiest economic centers in the world and the heart of the world’s largest and most powerful financial system.

But in the early 1900s, the bustling economy of the “Big Apple” was driven by an ambitious army of teen and adolescent bicycle messengers, like the boys in these pictures. This was happening, not only in New York but all over the world, including in cities like Paris, London and San Francisco.

These pictures were taken by Lewis Hine, a sociologist, and photographer from New York, who was hired in 1908 by the National Child Labor Committee to expose the “exploitative” nature of the bicycle delivery industry. 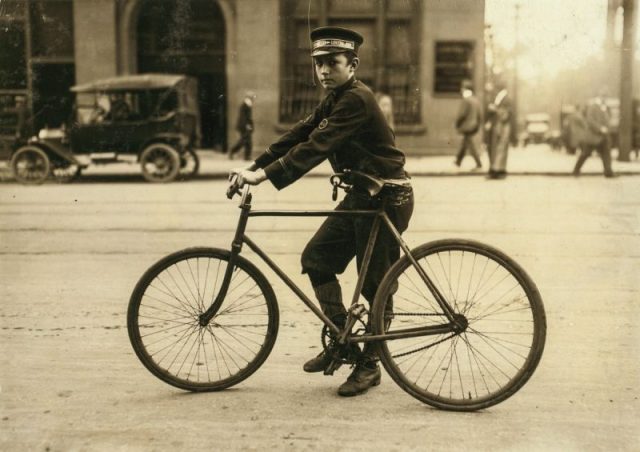 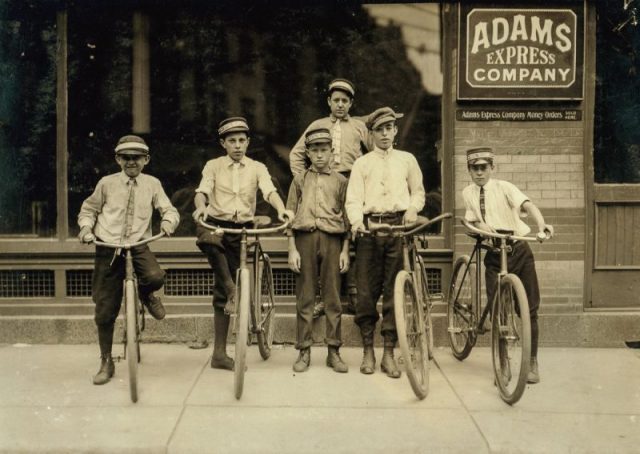 A typical group of Postal Messengers in Norfolk, Virginia. 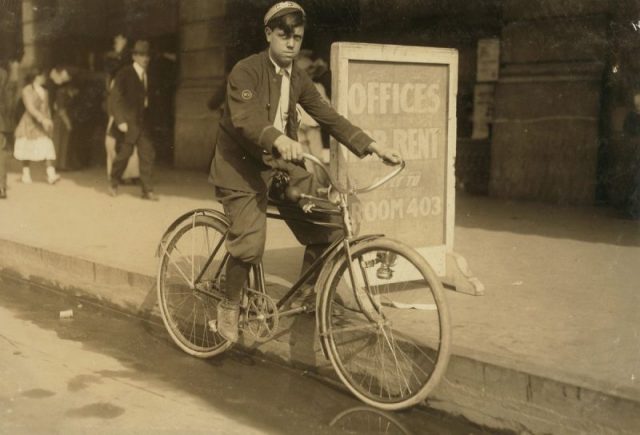 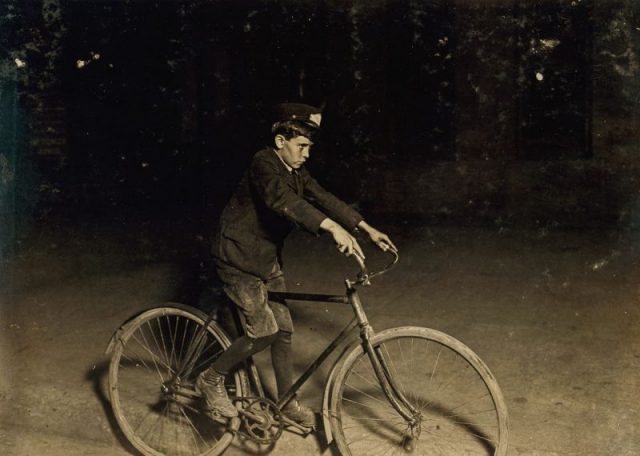 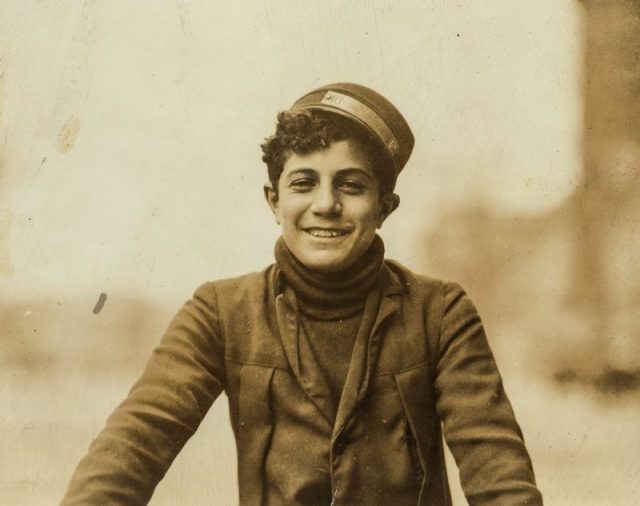 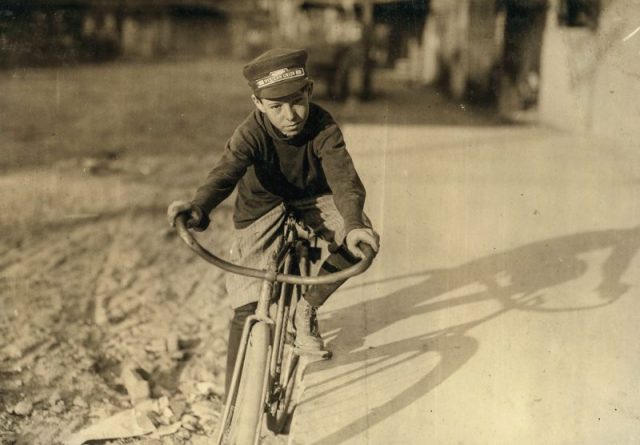 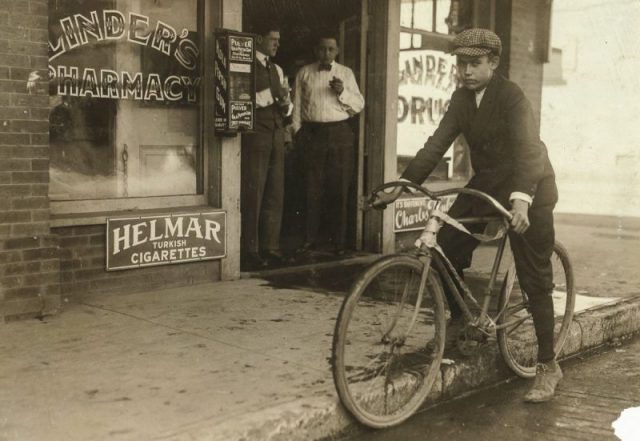 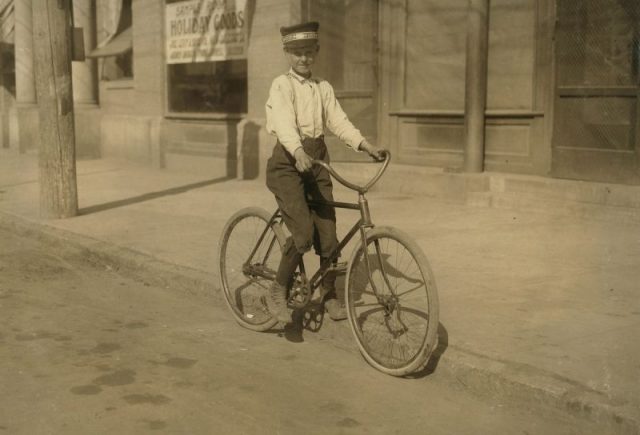 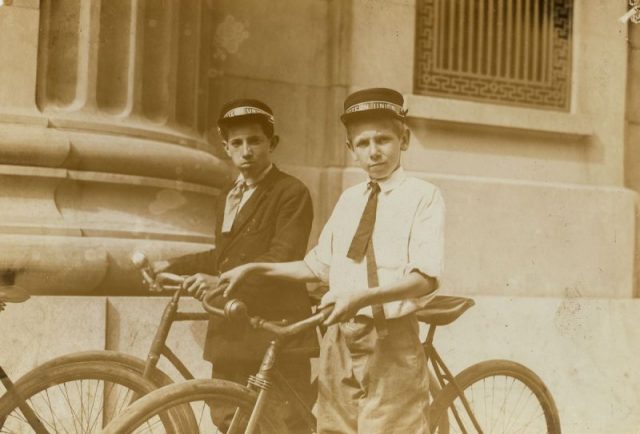 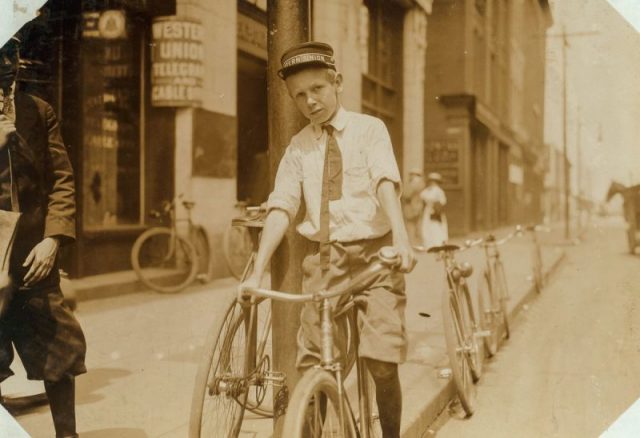 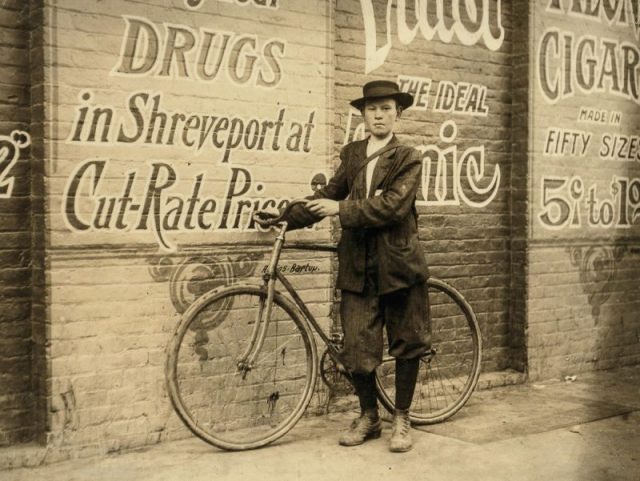 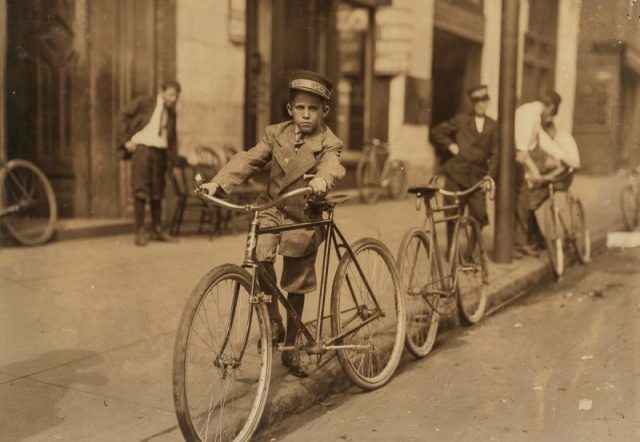 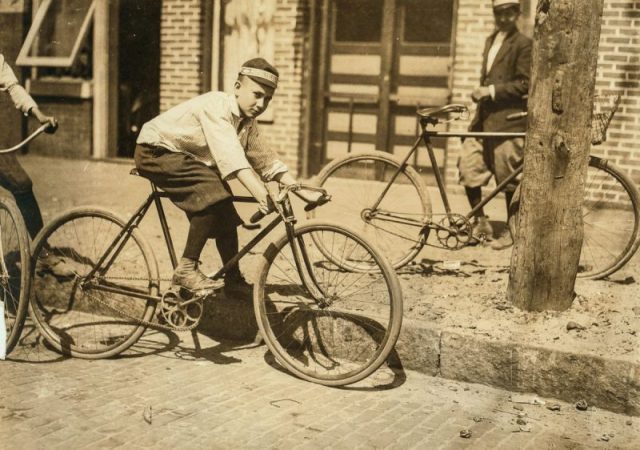 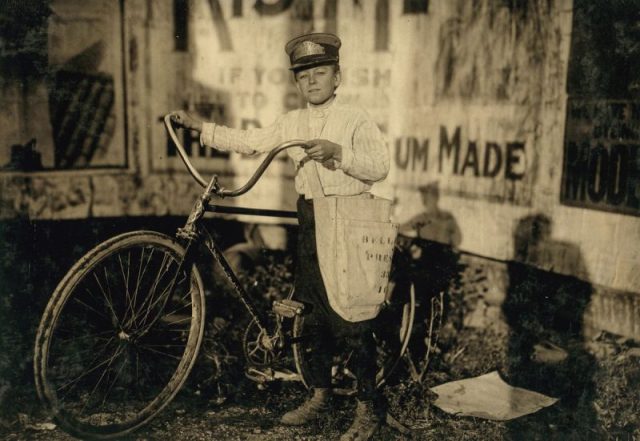 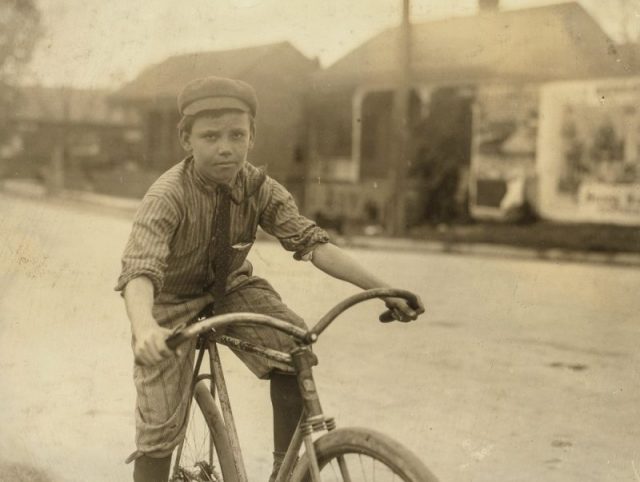 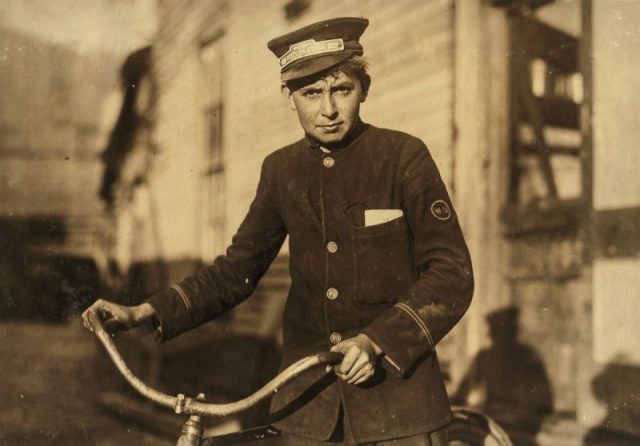 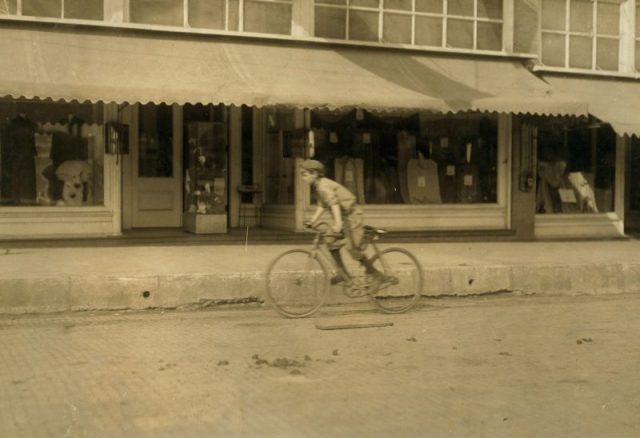 The explosion of bicycle messengers had started shortly after the first pedal-driven bicycle (then called “velocipede”) was invented in 1860 and became a popular delivery vehicle in Europe. According to author David V. Herlihy, bicycle messengers were first employed in the late 19th Century by the Paris Stock Exchange.

In the 1890s, the “bicycle boom” hit the United States, as companies like Western Union employed bicycle telegraph deliverers in places like New York City and San Francisco. Bicycle couriers were typically young boys, 12 to 14 years on average, but often younger, who would carry everything from corporate gifts, art, clothes (for photography shoots) and original copies of signed documents.

Companies who hired bicycle messengers found the service to be much faster than the ordinary postal service. But it didn’t take long before complaints about the working conditions of bicycle messengers gained the attention of the National Child Labor Committee. 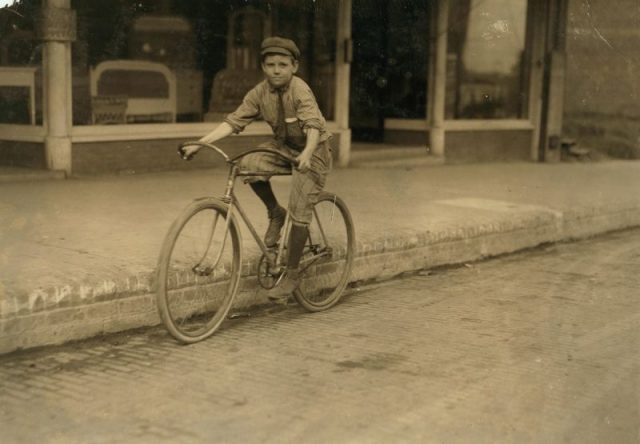 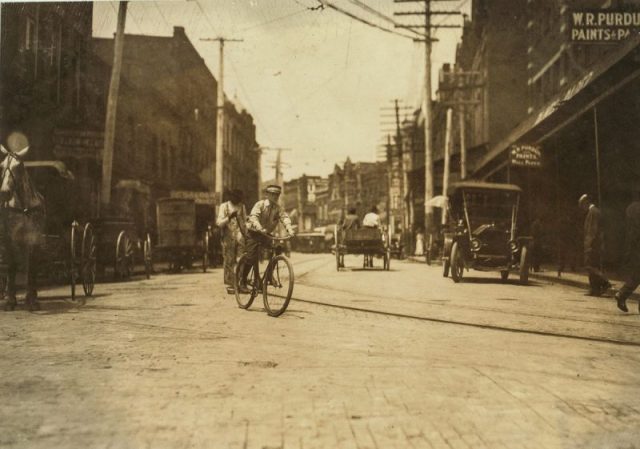 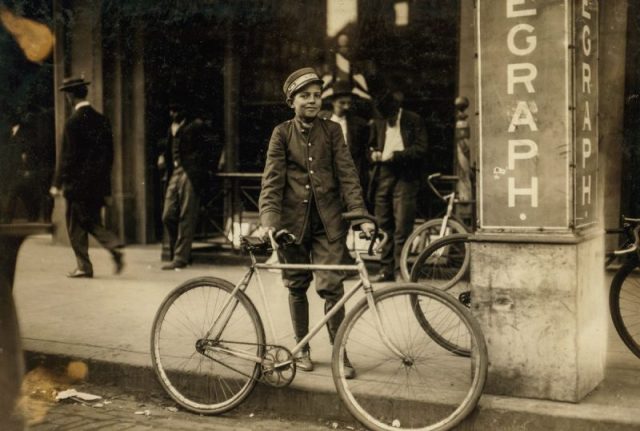 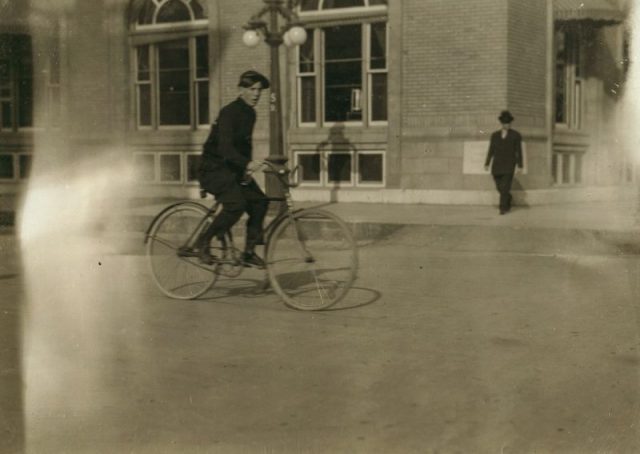 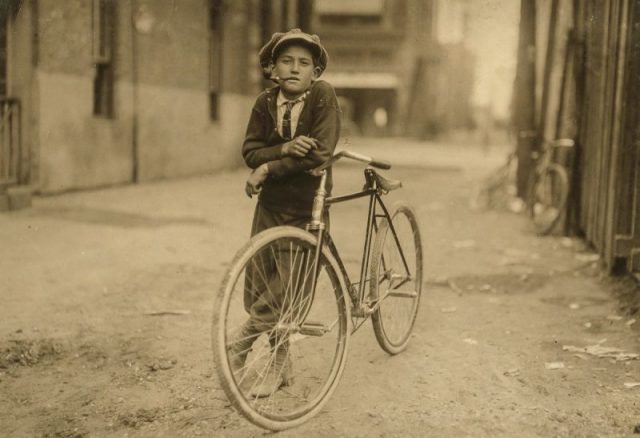 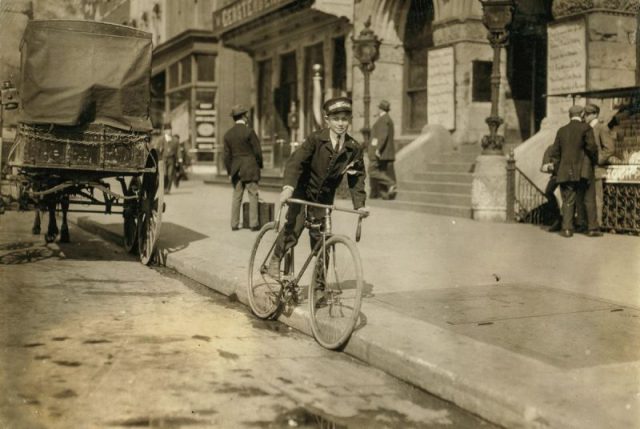 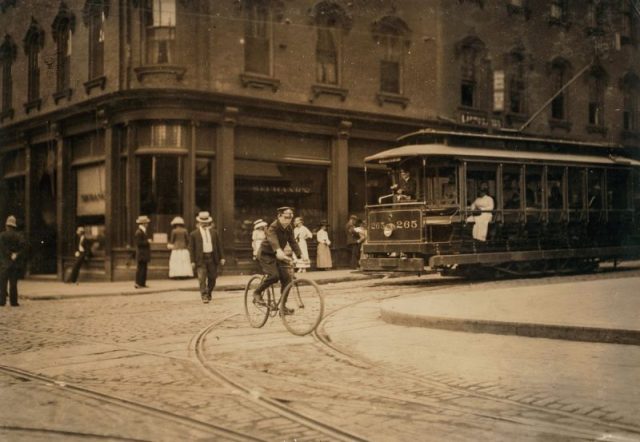 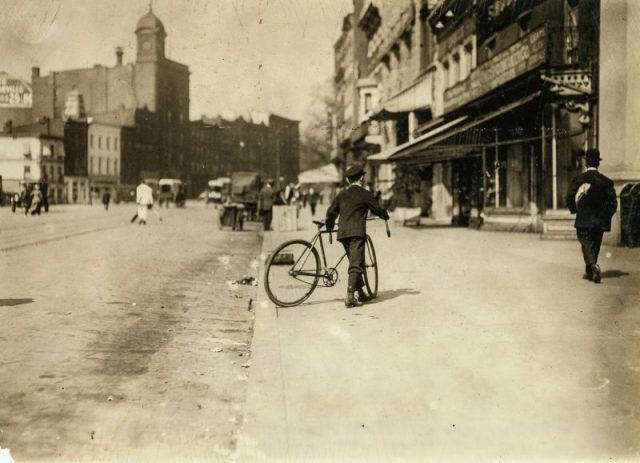 This organization documented poor working conditions in the mining industry, the farming industry and, of course, in the newspaper delivery industry. For example, in 1911, bicyclist Raymond Bykes, who worked for Western Union in Norfolk, VA, claimed that he’d often work past midnight and would sometimes sleep all night by the boat docks.

Other bicycle messengers reported that they never knew when they were going to get home and that sometimes they would be sent to the red light district, which was known to be the most drug and prostitution infested neighborhood in the New York City.

Read another story from us: Teenage Girls in the 1940s – Lifestyle Photos of a Bygone Era

In time, testimonies like this, and photos like those taken by Lewis Hine, justified the passing of the 1916 Keatings-Owen Act, which established age and shift-length limits for young people working in the bicycle messenger industry. While the Supreme Court rejected the act, it was later revived and reinstated by President Franklin D. Roosevelt as part of the 1930s New Deal.