They’re genius comedians but the members of Monty Python are also a group of very clever men. Coming into showbusiness through the Oxbridge route, their work was influenced by a passion for history and culture, as well as satire and surrealist antics.

The team’s crowning achievement on the historical front is Monty Python & The Holy Grail. Made in 1975 on a low budget, it gave Arthurian England a shake-up with coconut halves instead of horse hooves and a cast of eye-popping characters. 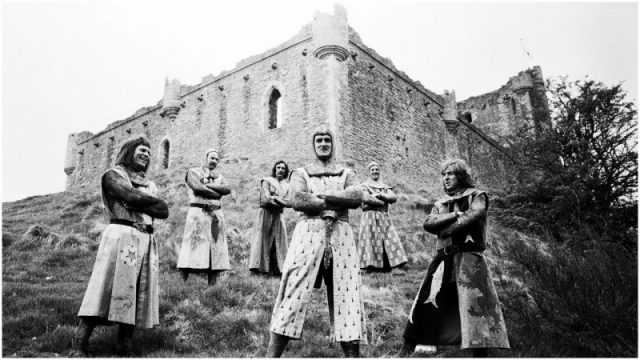 The Knight is determined to prevent them from crossing. In doing his somewhat inept duty, he winds up losing his limbs during a brutal swordfight. An increasingly surprised Arthur realizes he is facing an opponent who won’t give up. 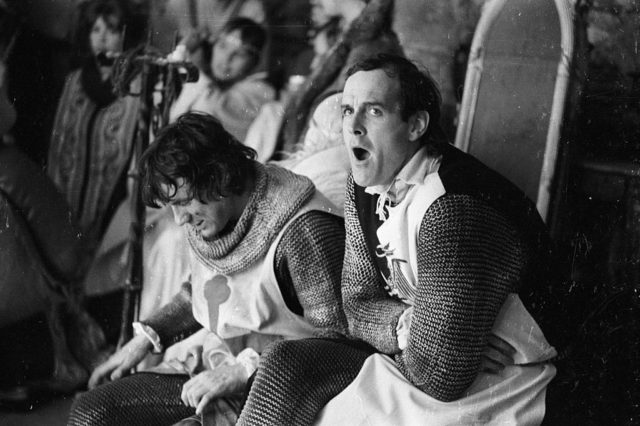 Hilariously, the Knight is heard to remark “It’s just a flesh wound!” shortly after having his arm cut off. Cleese’s armored “hero” is left behind in the woods declaring his skills as the King and Patsy continue their quest to assemble the Knights of the Round Table. 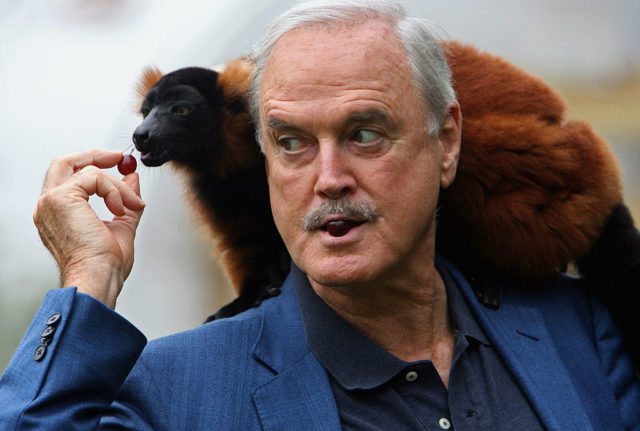 In a 2015 interview for Wired, Cleese gave some insight into how this bizarre and bloody sequence came about. It turned out the seed of the idea had been planted many years before, when he was a pupil of war veteran and English teacher “Jumper” Gee.

Gee told the young Cleese “about a wrestling match that had taken place in ancient Rome… There was a particularly tough contest in progress, and one of the wrestlers, his arm broke — the difficulty of the embrace was so great that his arm broke under the pressure — and he submitted because of the appalling pain he was in. And the referee sort of disentangled them and said to the other guy, ‘You won,’ and the other guy was rather unresponsive, and the referee realized the other guy was dead.”

When putting together the script for Monty Python & The Holy Grail alongside writing partner Chapman, Cleese retold the story. Its origin is thought to be the tale of Arrichion, a formidable athlete who died unexpectedly during a “Pankration.”

This was a type of wrestling match held during the Ancient Greek Olympic Games, where rules largely went out the window. 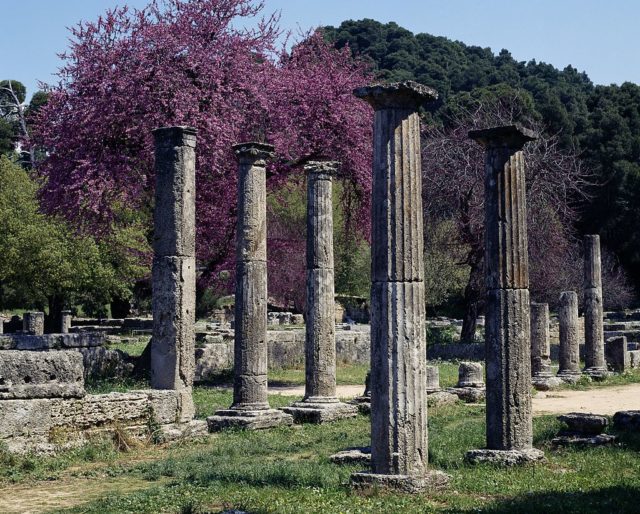 A BBC article from 2004 describes how, in 564 BC, “Arrichion had found himself being choked in a stranglehold from behind. Unable to free himself from the ferocious grip, Arrichion managed to grip his opponent’s ankle and twist it until it broke. In agony, his opponent submitted, but by then the damage was done — Arrichion’s throat had been crushed and even as he was proclaimed the winner, he breathed his last.”

With the Pythons’ sense of absurdity in the mix, what could have been a harrowing scene became a comedy classic. However, it was nearly removed from the final cut.

As reported by the Daily Mirror in 2017, an unearthed letter to Cleese from Stephen Murphy, Secretary of the British Board of Film Classification, highlighted concerns over content.

This led to some extraordinary comments, one of which is “though we accept that much of the blood-letting is meant to be funny, there are one or two places, where, in our view the humour is not very effective.”

Another reads, “We accept the dismembering of the Black Knight, but are worried by the first stab through the visor and the blood gush.”

Murphy’s remarks were meant to steer the movie toward an ‘A’ certificate, meaning it would be suitable for those 14 and over. The Board also took issue with Cleese’s “funny Frenchman” character, whose insults from on high are amongst the most quoted lines from the film.

Eventually, these problems were ironed out and the movie went on to make its mark on a generation of comics around the world.

An article from The Atlantic in 2015, written 40 years after Holy Grail’s release, calls it “the gold standard for subversive comedy” and writes that “Matt Groening called it a great influence on The Simpsons; every subsequent film that broke the fourth wall felt in its debt.”

Central to its success was a surreal scene of severing that has audiences laughing to this day.