Sasquatch, also known as Bigfoot, is a legendary mythical creature said to be roam North America.

It’s been described as some sort of mix between a human and an ape — a giant, hairy animal that is able to walk upright.

There has never been definitive proof found that such beings exist, but sightings of it persist, particularly in the northwestern parts of the United States and Canada. 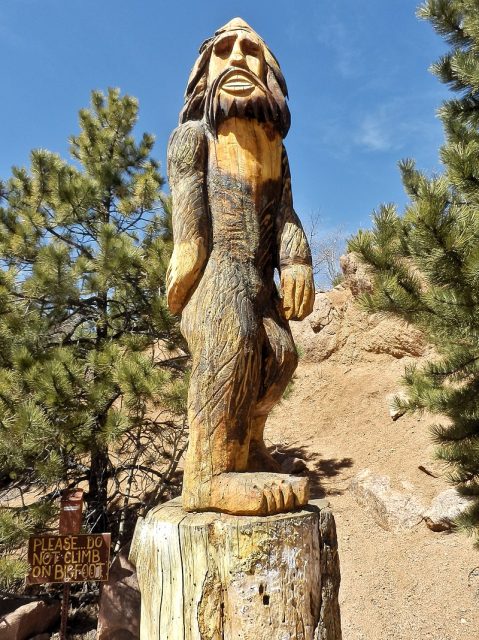 One famous sighting was made by Canadian Albert Ostman, in 1924. However, Ostman didn’t go public with his story until 1957, after an increase in Sasquatch sightings were reported.

The construction worker, logger, and prospector said he had been afraid to talk about his experience before then for fear of being labeled as “crazy.” 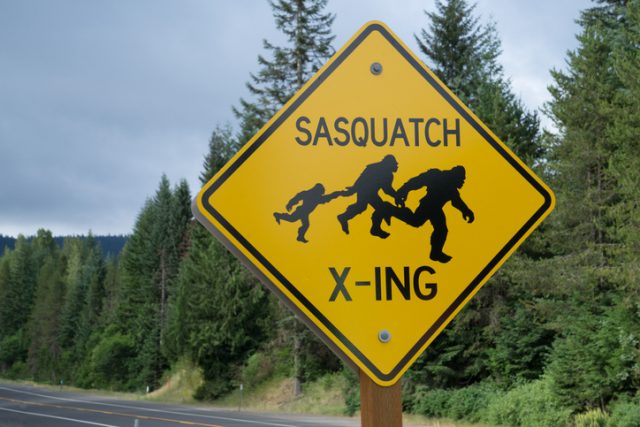 Albert Ostman worked at various jobs. After one particularly long construction project, he decided to take a vacation. His plan was to do some hiking, as well as look for a lost gold mine that was thought to contain valuable material. Ostman traveled to the interior of British Columbia to start his search.

The prospector hired an indigenous guide to lead him to the general area where the mine was thought to be. While walking together, the guide related a story of a white man that had found gold at the same mine and repeatedly went back for more, until one day he never came back. It was believed that a giant Sasquatch had killed him. Ostman said it was the first time he had ever heard of this creature and figured it was an old legend. 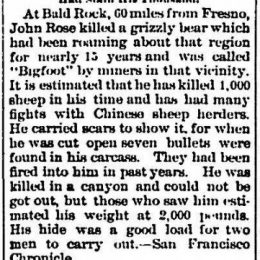 After several days hiking into the wilderness, the guide left Ostman. Carrying around 80 pounds, the adventurer slowly climbed the mountainous region. Every evening he would build a quick campsite for cooking and sleeping.

Ostman then built himself a more permanent site to stay at. Following the first night at this new site, Ostman woke up to notice that some of his belongings had been moved around, but nothing was taken. 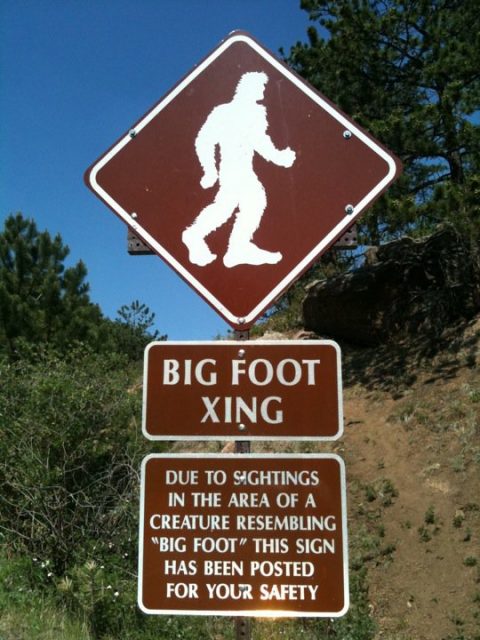 Figuring it was some sort of curious animal snooping around, the next night Ostman slept with his rifle in his sleeping bag. A deep sleeper, he didn’t wake up until morning, when he discovered that a sack of food that he’d hung on a rope was turned upside down and items emptied unto the ground. Some food was missing, but nothing was destroyed or ripped apart as a bear might do.

Ostman planned to stay awake the next night to spot the intruder but eventually fell asleep. He was awakened during the night when something picked up his sleeping bag with the hapless Ostman trapped inside, and walked away from the campsite. 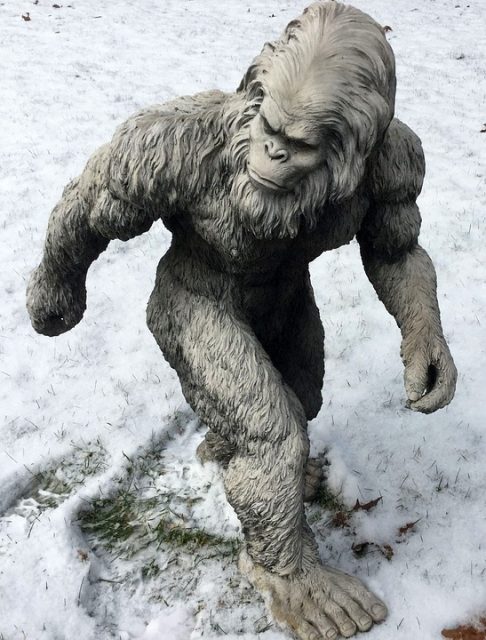 Stuck in an uncomfortable sitting position, Ostman said he tried to reach for his knife but was unable to. Instead, he held his rifle as the creature clutched the sleeping bag tightly and carried it through the mountainside for hours.

Finally the movement stopped, and Ostman was dropped and able to crawl out of his sleeping bag. He saw four mysterious creatures — two large human-like beings and two smaller ones that he described as being covered with hair and not wearing clothes. Ostman believed they were a Sasquatch family. They spoke to each other, but Ostman couldn’t understand any of it.

Following the surprise of his situation, Ostman began to think about escaping his captors. He still had food, but only enough to last for several more days. 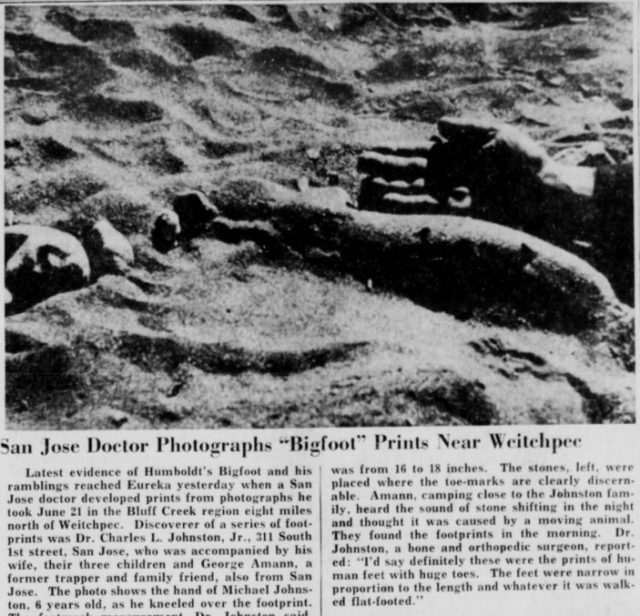 A bigfoot hoax footprint made in 1960.

Ostman said the larger creature that had carried him from his campsite remained close to the only exit in the valley. When Ostman walked toward the exit the Sasquatch blocked the way.

Although he had a rifle, Ostman wasn’t sure he had enough bullets to kill the creature. Instead, he pondered a different strategy, hoping to distract it. Among his belongings was a tin box with snuff in it. Ostman put a pinch of snuff into his mouth. The large Sasquatch curiously watched until it grabbed the box of snuff and emptied all of it into its own mouth.

The snuff must have made the Sasquatch feel sick as it ran off, perhaps in search of water. This was Ostman’s chance. Grabbing what he could of his belongings, he made a run for it.

After more than a day of hiking through forest, Albert Ostman found some loggers and told them he was lost. He claimed he never mentioned the rest of his story for more than 30 years.