When Hairspray Reigned Supreme! Big 80s Hairstyles in all their Decadent Glory

The 1980s was a very creative era when it came to music and popular culture in general. From new wave to glam rock, people were largely rejecting the flamboyant styles of the previous decade and creating new approaches to fashion, lifestyle and above all ― haircuts.

The decade which introduced popular acts like Duran Duran, the Pet Shop Boys, and Wham brought in permanent waves, softer cuts, large hair-dos, and puffed-up styles while dismissing the sideburns and long straight hair of the ’70s. 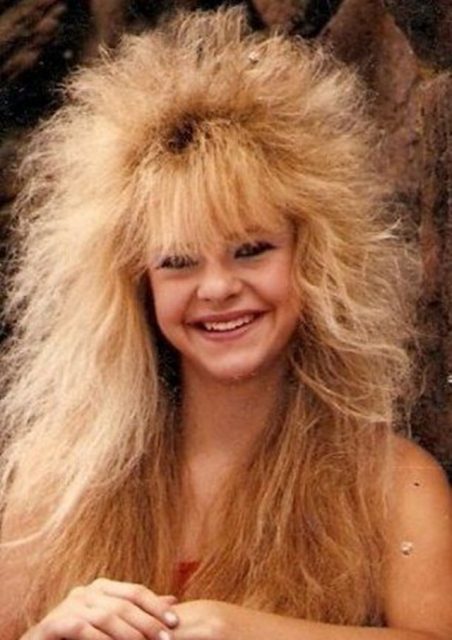 Oh, how I miss the days when we backcombed our hair until it reached the clouds… 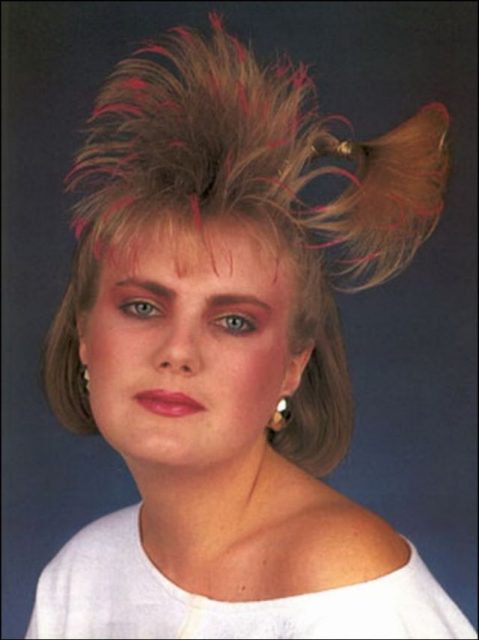 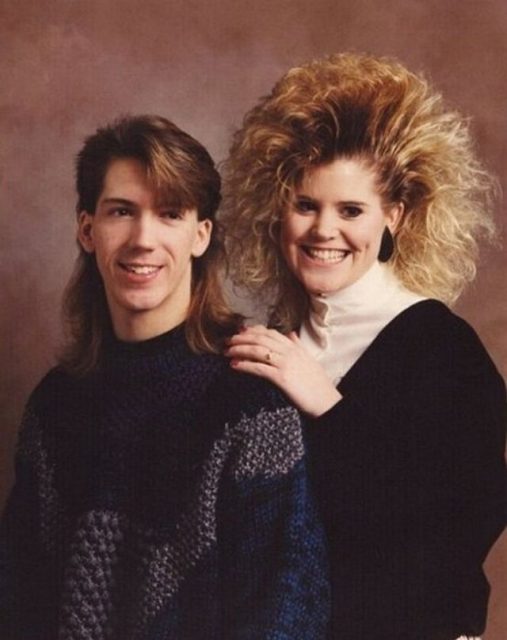 The bang-on-trend “it” couple of their day. 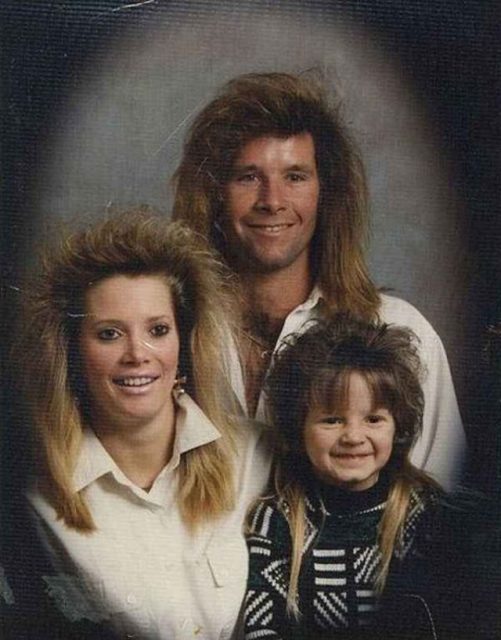 In the 70s, long, sleek hair was cool for everyone. In the 80s, it had to be full of volume – and hairspray. 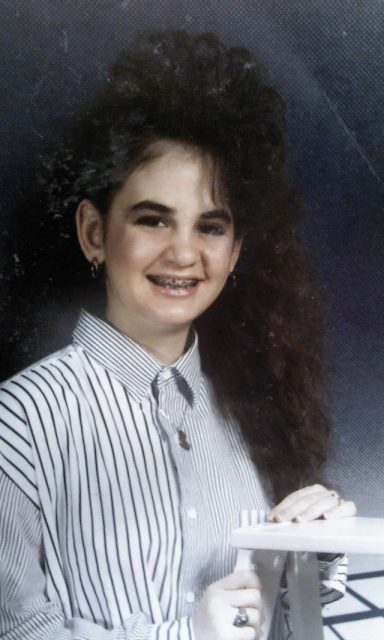 Permed and teased to perfection. 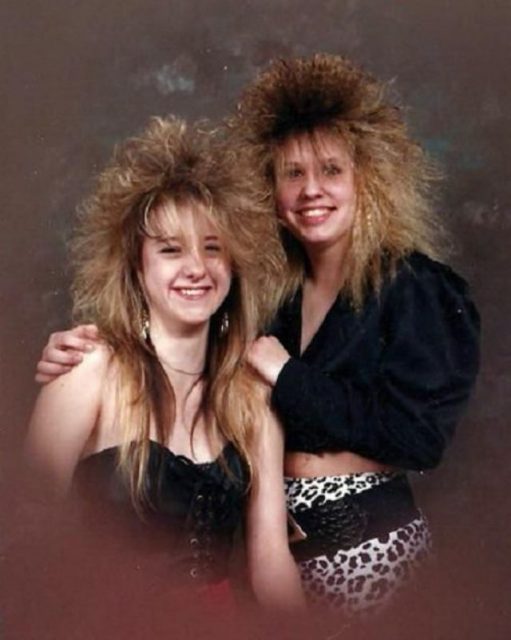 Crimped hairstyles are (so we’re told) the latest ’80s go-around. 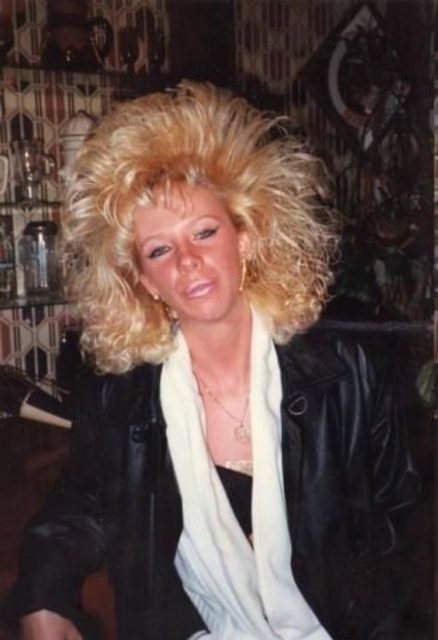 With enough spray and gel you could achieve that perfect, stiff and crunchy staying power, for a last-all-day-and-all-night hairstyle. 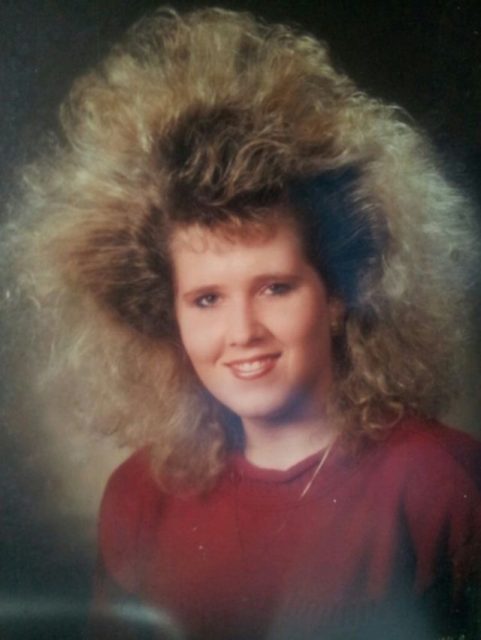 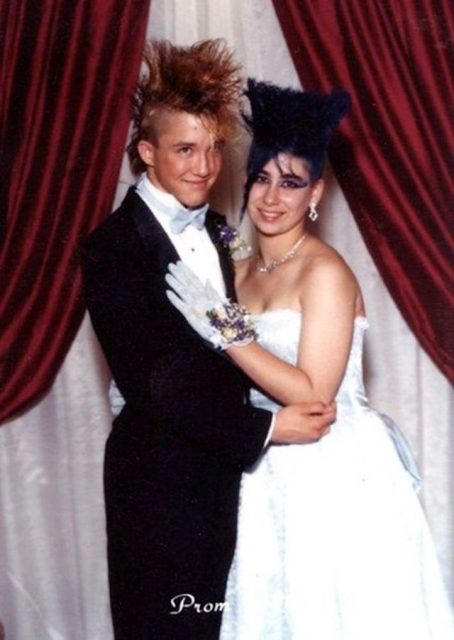 Taking the mohawk and flat top to new heights. 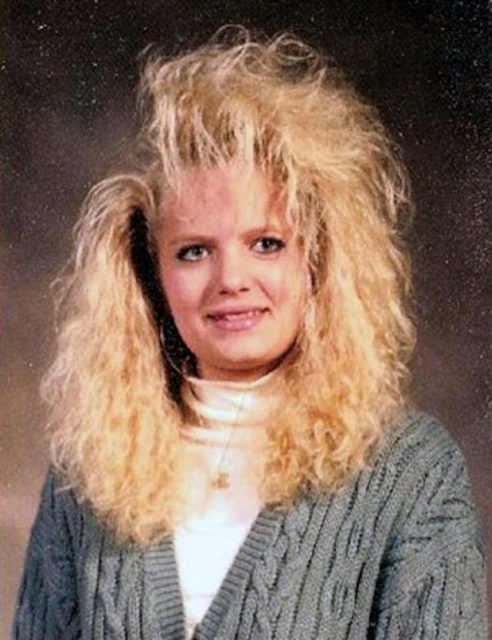 Whether crimped or permed, teased for poofyness was best. 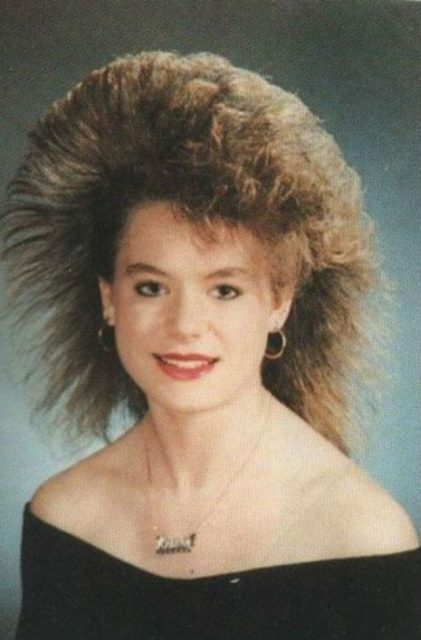 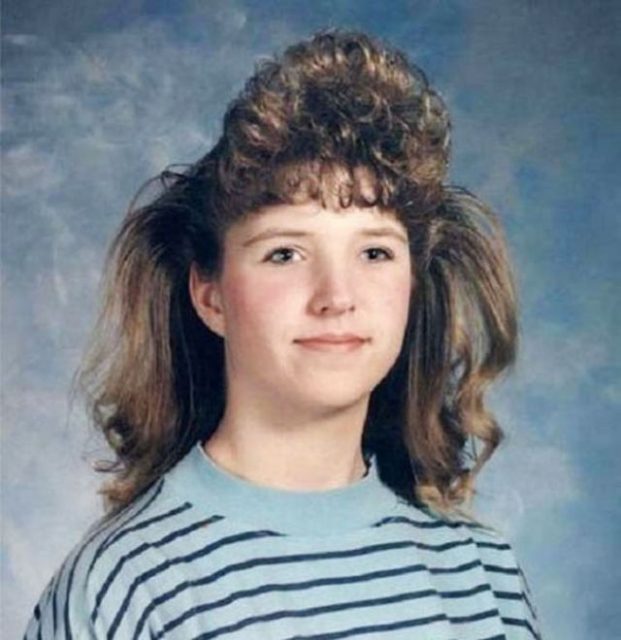 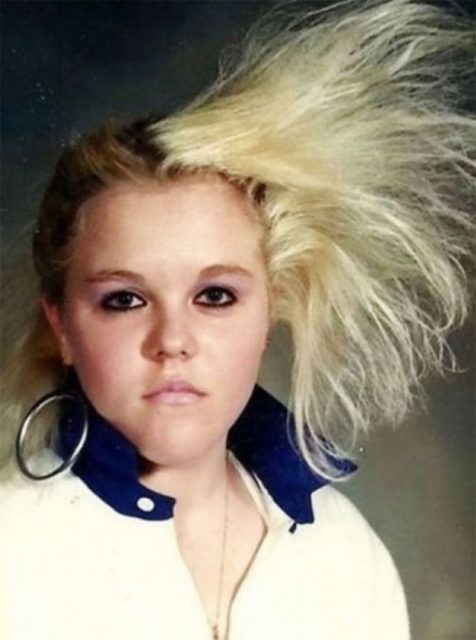 We love this daring “do” – it’s like an exploded high side-tail.

From the perm to the mullet, volume was key for both male and female haircuts and eccentricity was the driving force behind this sudden switch of styles.

In the mid-1980s, hair products like Aqua Net hairspray and styling foam became more and more accessible, together with hair dye which came in various “unnatural” colors such as pink, or bright blue, crimson, and green.

This gave way to hairstyles which seemed to defy gravity, and most of all, to defy the previously established conventions of taste.

’80s hairstyles were at first typical of counterculture youth movements behind musical genres such as goth rock and post-punk, but pretty soon they crept into the mainstream.

With the rise of the popular TV show Dynasty, the volume of the hair, as well as bangs, became associated with glamour and lavishness as female characters of the show mostly sported hairstyles typical of the time they were representing. 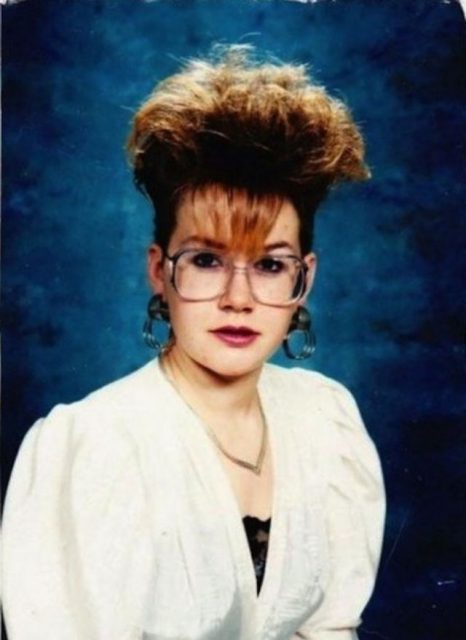 Looking elegant and glamorous with a soft high top and feature bangs. 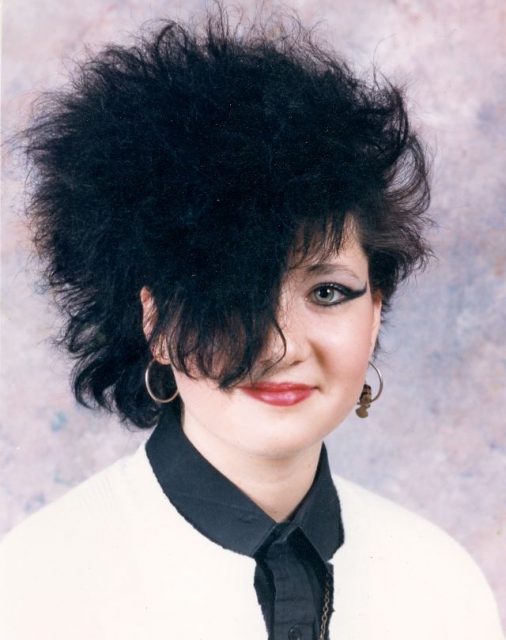 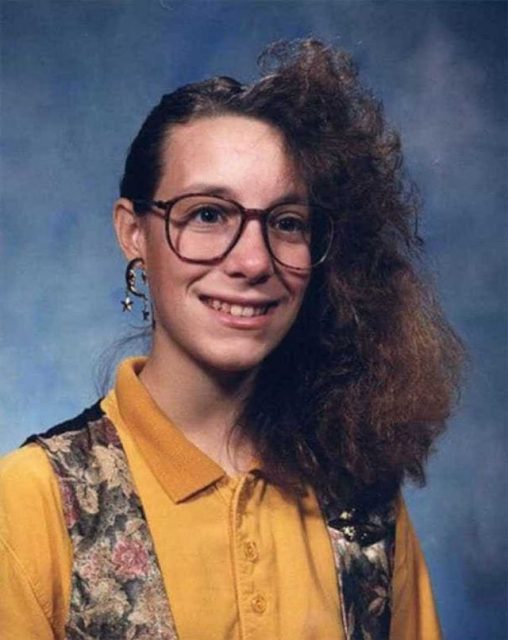 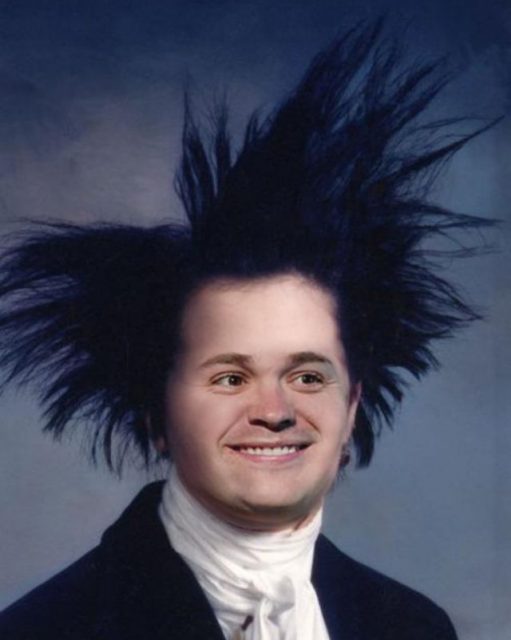 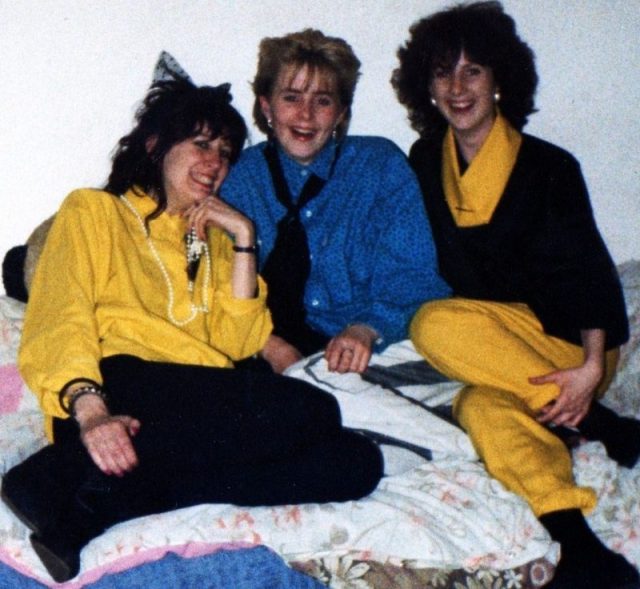 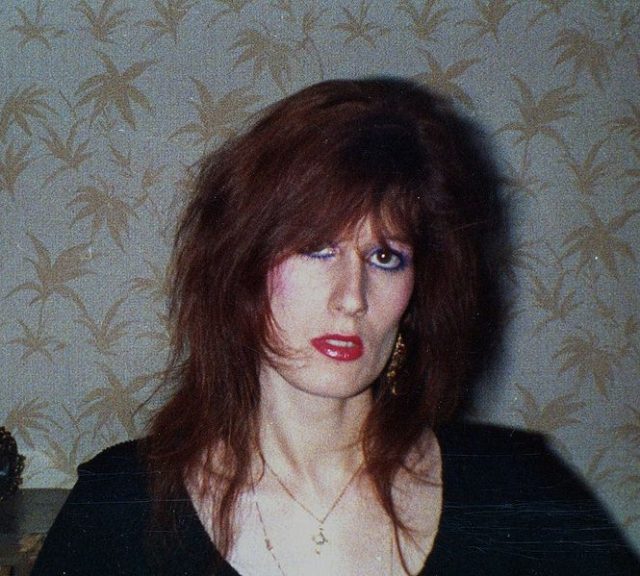 Giving the hairspray a break – the dour look 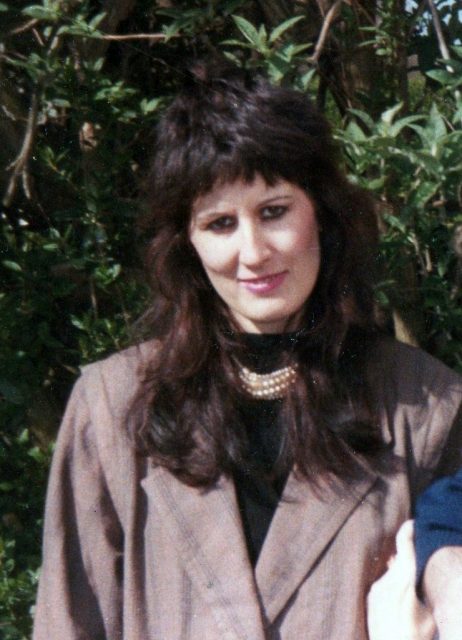 She had to be a Cure fan.

The look became a norm during the time and was recognized by both the film industry and television, with numerous shows and movies dictating the style.

On the other hand, the persistent punk culture introduced the mohawk and liberty spikes, both of which included shaved hair sections and lots of hair product, creating styles which were still considered controversial for the time.

With Michael Jackson wearing his Jheri curls, they became popular despite the pungent chemicals and labour-intensive process involved to achieve the glossy, loose curl look.

By the end of the decade, the glam rock fad had passed. As a more casual look yet again emerged with the yuppie culture of the 1990s, these hairdos largely became a thing of the past.

Read another story from us:  The Greatest Collection of Mullet Hairstyles You Are Ever Likely to See

However, with retro styles always lurking around the corner and haunting future fashion trends, you never know when classic ’80s haircuts will make their comeback.