The Inspiring True Story of the First Woman in Space

After the mission, in which the female cosmonaut conducted 48 consecutive orbits around Earth and spent around 70 hours in space, it was time for an introduction to the rest of the world.

The name Valentina Tereshkova was soon heard on radios and television around the globe, with various languages representing the woman who broke all barriers and made a huge step towards gender equality. 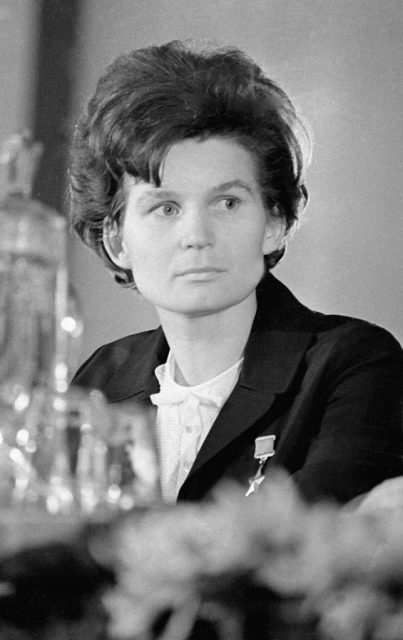 Tereshkova had longed for heights all her life, and took up skydiving while still a teenager, achieving the title of skydiving champion in her region. With 90 jumps under her belt by the time she was in her early twenties, her ambitions grew more and more.

Vostok 6 was scheduled to launch two years after Yuri Gagarin famously became the first man in space, with his success being the main catalyst which led the Soviet government to seriously consider the option of sending up a female cosmonaut. 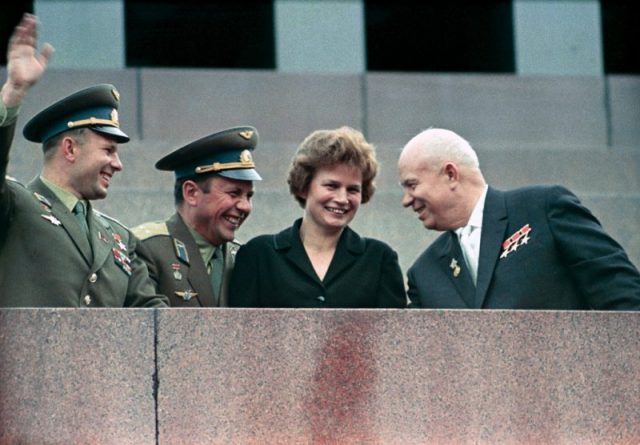 It was also the main inspiration for Tereshkova to pursue her future career.

When the call went out for applicants in 1961, Valentina saw it as an opportunity to make her dreams come true. As it usually went in the USSR, a competition of such importance was classified and presented to the public as nothing more than a parachuting contest, in order to avoid information leaks.

By 1962, 400 women had applied, but only five candidates were considered for the mission. When she entered the inner circle among the applicants, her determination to be selected grew even stronger. 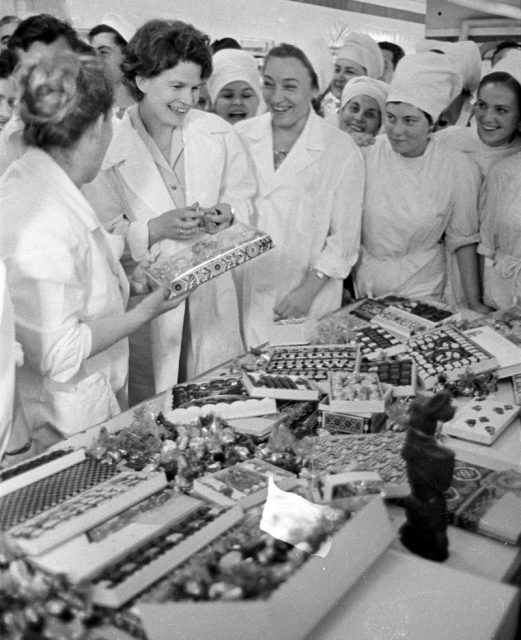 An 18-month period of vigorous training ensued with tests involving weightless flights, isolation, reaction to the centrifuge, and other space-related issues.

The applicants also received advanced knowledge in spacecraft engineering in order to properly respond to potential malfunctions during the mission.

The training included conducting 120 parachute jumps, as well as learning how to pilot a MiG 15 jet aircraft. 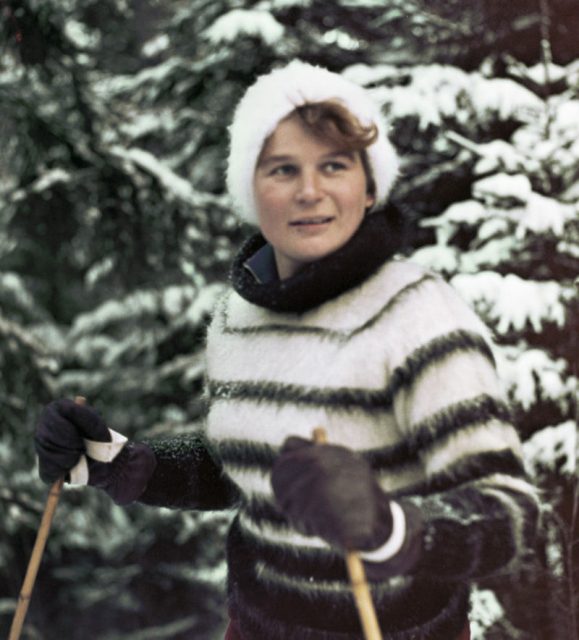 Although Tereshkova wasn’t the prime candidate at the beginning of the tests, she managed to overcome all challenges and become the chosen cosmonaut to venture to space.

Vostok 5 and 6 were both initially intended to be flown by female cosmonauts as part of a joint mission, however, due to technical difficulties and postponements of launch dates of Vostok 5, the first spacecraft was piloted by Valery Bykovsky, a male cosmonaut. 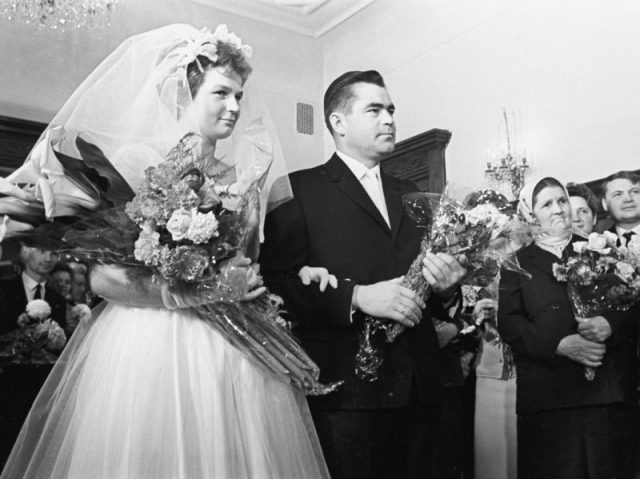 On June 15, 1963, Vostok 5 was launched. The following day, Valentina Tereshkova entered history from the platform of the Baikonur Cosmodrome, in present-day Kazakhstan. She was alone, which was another first for a woman.

Vostok 6 spent 70 hours in space, meeting up with Vostok 5 at one point, with Tereshkova and Bykovsky exchanging communication via radio. 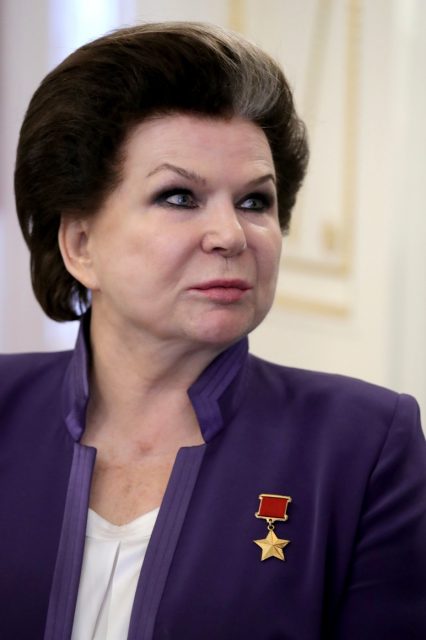 During the exchange, the two cosmonauts also communicated with the Soviet Premier, Nikita Khruschev, confirming the mission a success.

However, aboard Vostok 6, the situation was far from peachy. Tereshkova experienced nausea and vomited after one meal, although she later attributed the sickness to the taste of the food and not vestibular disturbance, as ground control had assumed.

She also had problems with the pressure from her helmet. The same issue was confirmed by her counterpart on the mission, Valery Bykovsky. At one point the pain from the pressure became so unbearable, that Tereshkova was recorded humming lullabies in an attempt to soothe herself. However despite it all, Tereshkova remained in control and managed the mission successfully. 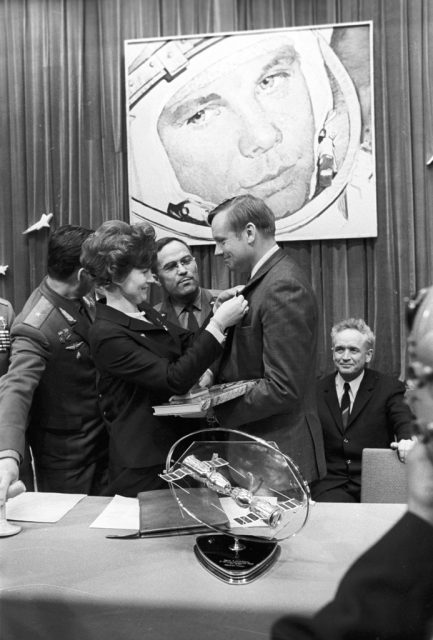 The spacecraft itself also experienced technical issues during the mission, although this information remained classified until 2004.

Apparently, an error occurred during the flight causing the ship to initially ascend from orbit instead of descending. Tereshkova reported this fault on the first day of the mission, mobilizing the engineers from ground control to write a completely new landing algorithm for the onboard computer in very short order.

Nevertheless, and despite all flaws, the mission ended according to plan, landing some 125 miles (200 km) from the city of Barnaul in Western Siberia. 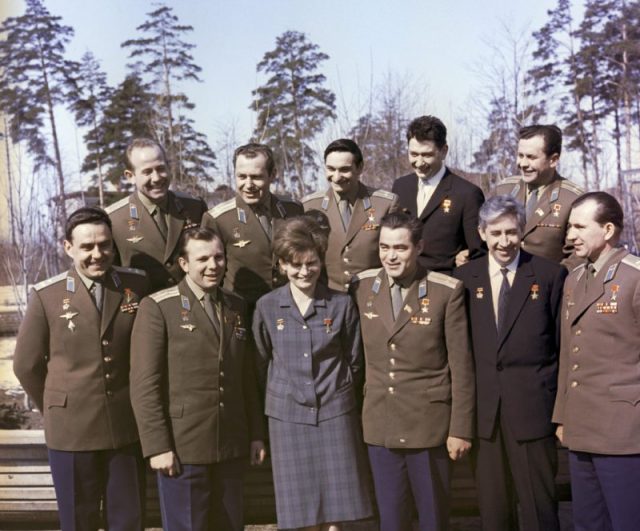 Upon landing, local villagers arrived before her official welcoming committee. They helped her out of her spacesuit and invited her to dinner. Although this was completely against protocol, Valentina decided to join them.

She was later reprimanded for this act, but that didn’t stop her receiving the highest decorations from the state for her endeavor.

She went on to follow a career in politics, which she continues to this day. Valentina Tereshkova was 26 when she reached the stars and went on to live a life of longing to go back:

“They forbade me from flying, despite all my protests and arguments. After being once in space, I was keen to go back there. But it didn’t happen.”

Read another story from us: The Cosmonaut who has Spent the Most Time in Space Actually Lives in the Future

It took another 19 years for a second Soviet mission to feature a female cosmonaut. In 1982, Svetlana Savitskaya was sent to space. The following year, Sally Ride, representing the United States, embarked on her adventure as part of a five-person crew aboard the Space Shuttle Challenger.

« The Unique Bajau People – Nomads who Live Permanently at Sea
Kirk Douglas Turns 102! What Friends and Family Say About him Today »