In 946, the body of a woman was buried in a monastery and later relocated to Magdeburg Cathedral. It was essentially forgotten until 2008 when archaeologists doing work on the building opened the lead-lined stone sarcophagus.

Tests performed in Germany and the UK revealed that the bones, gently wrapped in silk, were indeed those of the person named on the sarcophagus: Eadgyth (or Edith), an Anglo-Saxon princess, and later Queen of the Germans.

Eadgyth was about as royal as they come in British history. Born in Wessex in 910, her father was Edward the Elder, her brother was the first king of a united England – Athelstan – and her grandfather was Alfred the Great. 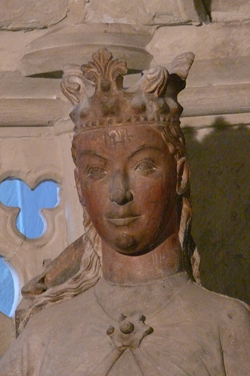 Detail from a Gothic statue in Magdeburg Cathedral assumed to represent Edith. Photo by Acoma CC BY 3.0

When it came time for her to marry, Aethelstan, now king, sought a political union (as was common only up until recent years in royal marriages) and sent both Eadgyth and her younger sister Eadgifu to Germany to the court of King Henry the Fowler.

His eldest son, Otto, was instructed to choose between the girls – at the time, Eadgyth would have been in her late teens. Otto and Eadgyth married in 930, and he became Otto I, also known as Otto the Great when Henry died in 936. (He also became Holy Roman Emperor in 962.)

Her husband was devoted to her, and they had two children, Liudolf, born in 930, and Liutgarde, born a year later. Descendants of Otto and Eadgyth ruled Germany until 1254 and can be linked to many of the royal families in Europe.

According to the 10th century German canoness and poet Hrotsvit (Hrotsvitha) of Gandersheim, Eadgyth was a woman “of pure noble countenance, graceful character and truly royal appearance.” She was known to be brave, stubborn and capable, and, also according to Hrotsvit, “was so highly regarded in her own country that public opinion unanimously rated her the best woman who existed at that time in England.”

Eadgyth died unexpectedly in 946 at the age of 35. When she died, “the whole of the German nation mourned her with intense grief … a foreign race that she had come to cherish with kindness.”

She was buried initially in the St. Maurice monastery, and then her remains were moved several times before being interred in 1510 in a decorative stone tomb in Magdeburg Cathedral. 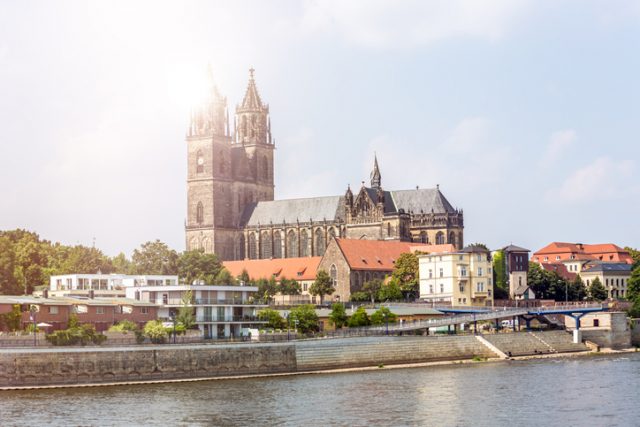 As time passed, Eadgyth’s burial site was largely forgotten – it was assumed that the bones had vanished and the tomb bearing her name was empty. However, when German archaeologists opened it in 2008, they were somewhat surprised to find the incomplete remains of a woman, wrapped in a silk cloth.

The worry was that since the remains had been moved at least once, the bones could be of someone other than Eadgyth. Several parts were missing, including hands, feet, and parts of the skull. However, many teeth were still preserved in the upper jaw, and these would prove critical. 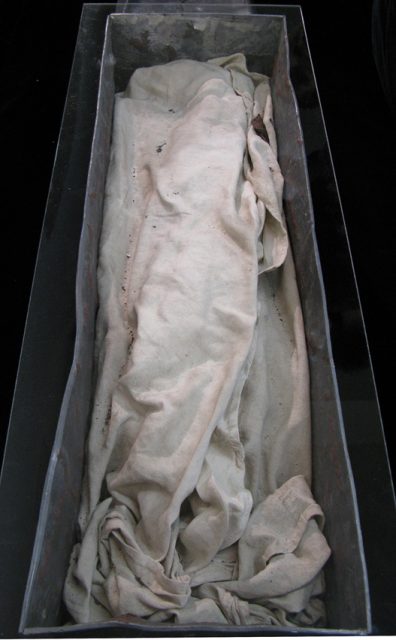 View inside the lead sarcophagus

The remains were first sent to the University of Mainz, where it was confirmed that they belonged to a female who died between the ages of 30 and 40 years old. One of the femur bones suggested that the woman rode horses regularly, which indicated she was likely noble. The bones also showed that she had a high-protein diet, rich in fish – another clue that she was an aristocrat.

Some of the bones, including the teeth, were also sent to the University of Bristol for analysis. By measuring the strontium and mineralized oxygen isotopes in the recovered teeth, as well as tiny samples of enamel, researchers were able to prove that the individual in question had spent a lot of time in the chalky uplands of Wessex.

Mark Horton, an archaeology professor from the University of Bristol, said that it was possible to almost map out month-by-month where the woman had lived as a child. This was cross-referenced against Eadgyth’s own life. 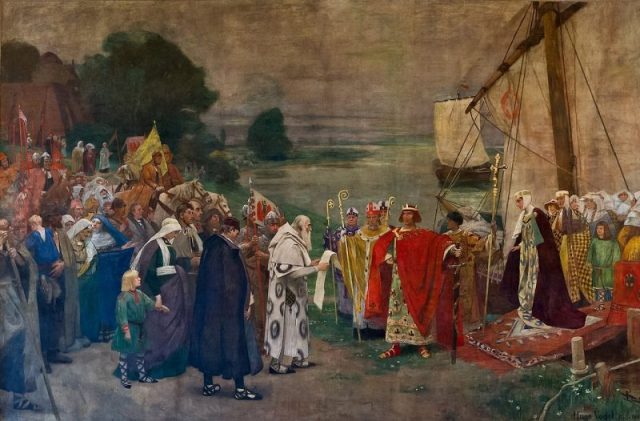 Otto I and his wife Edith arrive near Magdeburg (Hugo Vogel 1898, Ständehaus Merseburg)

As Horton stated, “Eadgyth seems to have spent the first eight years of her life in southern England, but changed her domicile frequently, matching quite variable strontium ratios in her teeth. Only from the age of nine, the isotope values remain constant … Eadgyth must have moved around the kingdom following her father, King Edward the Elder during his reign. When her mother was divorced in 919 – Eadgyth was between nine and ten at that point – both were banished to a monastery, maybe Winchester or Wilton in Salisbury.”

Changes in her skeletal remains indicate that she would also have had a drastic dietary change at this time, perhaps linked to some condition she had. 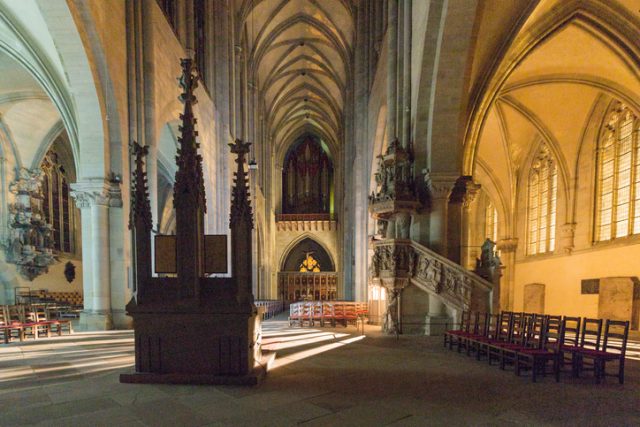 It can be concluded with a large degree of certainty that the remains found in Magdeburg Cathedral are indeed those of Eadgyth, Anglo-Saxon princess. As Horton also stated, finding remains like these and confirming who they once were is “incredibly exciting … this period was when England was formed. We don’t know much about these Dark Age queens and princesses. This has created a connection with one of them.”

The bones are also the oldest found to date of a member of English royalty.

Read another story from us: Last of her Tribe – The Woman Who Spent 18 Years Alone on a Deserted Island

Once the research had been completed, Eadgyth was reburied once again — this time in a titanium-lined coffin — in Magdeburg Cathedral in October 2010. Her husband, Otto I, is buried in the same cathedral and a sculpture called The Royal Couple from around 1250 is said to represent them both.