Throughout the United States, when anyone thinks of the American Industrial Revolution, they think of Eli Whitney, who invented both the cotton gin and the first assembly line for firearms.

Our history books in schools boast Whitney as the first person to mass produce a product in American History. The books also link Whitney and his cotton gin to southern plantations.

One does not, however, recall that there was another Connecticut industry which was mass producing something before Whitney fulfilled his government contract for muskets in 1809. A second Eli, Mr. Eli Terry, was mass-producing clocks in the thousands in Plymouth, Connecticut by 1807. 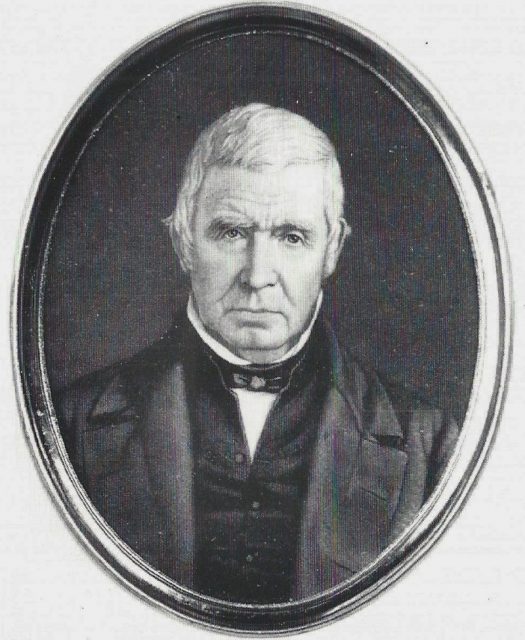 Eli Whitney is credited as the first to mass produce anything in the country, based on his 1798 government contract to produce 4,000 firearms by September of 1799. The context in this statement is that Whitney didn’t do it.

Not only did he fail to produce even a single musket by 1799, but he also failed to produce the 6,000 others which he persuaded the government that he would have by September of 1800. He didn’t complete this contract until 1809, and all parts had to be hand filed and fitted in a labor-intensive and time-consuming process. 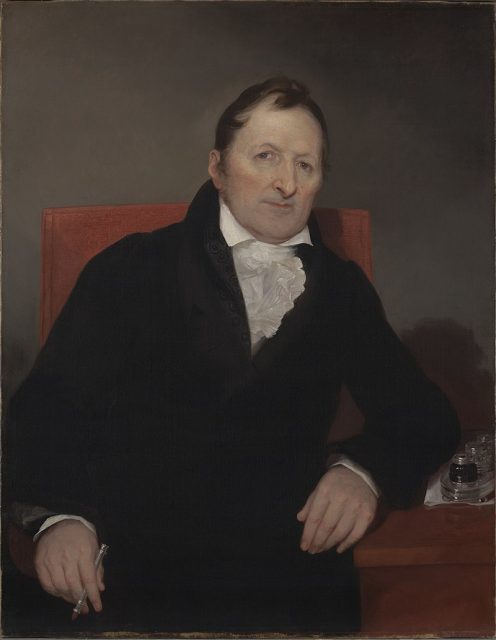 Eli Terry was born at East Windsor Connecticut, and learned the clockmaking trade from Daniel Burnap and the Cheney’s of East Hartford. Terry moved to Watertown, Connecticut in 1793, and set up a clock shop there to avoid local competition.

What Terry probably never imagined was that this area would be the clock making capital of the world for over 150 years to come; or that a worker he trained, Seth Thomas, would be a household name in nearly every place in the country up until the 21st century! 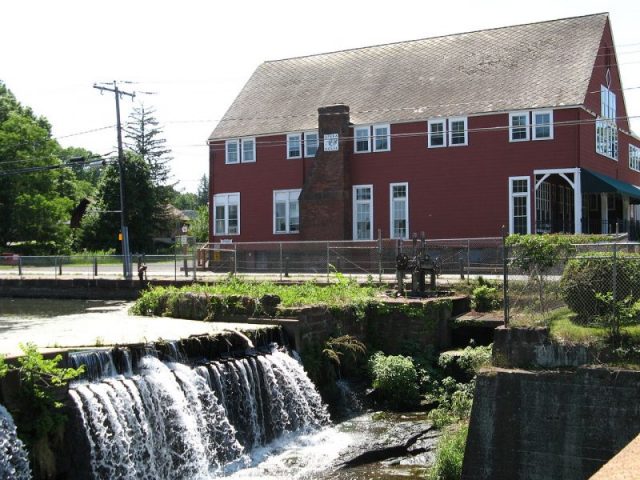 By 1795, Terry had set up a clock shop in a section of Watertown renamed Plymouth, Connecticut. In 1805, he established the first water-powered clock factory in the western hemisphere on a brook in his back yard.

At this time, a clockmaker would produce on average about one or two dozen clocks a year. In this new shop, Terry began producing 200 clocks a year. The next year, Terry opened up a new clock shop with a much stronger source of water power. 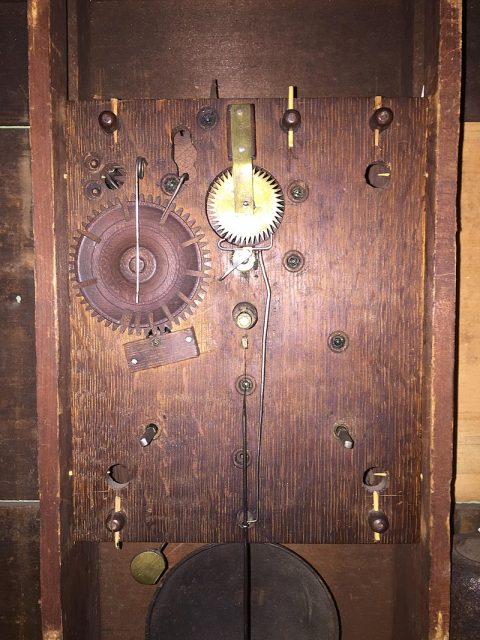 In June 1806, Terry was contracted by Levi G. and Edward Porter, Yankee Peddlers from Waterbury (later the home of the Radium Girls), to produce 4,000 clocks within three years.

Terry hired and trained Seth Thomas and Silas Hoadley to work this new factory. By 1808, the first 1,000 clocks were finished, and by 1809, the final 3,000 were delivered. In the fall of 1809, an extra thousand clocks were produced from leftover stock. 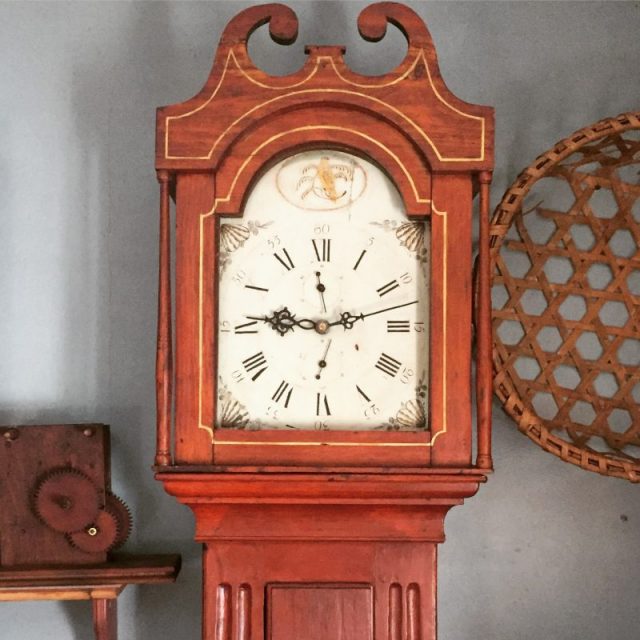 How did he do it? Terry set up a system of interchangeable parts. He used a milling machine, templates, and jigs to produce identical parts every time. Once a set amount of parts were made, he would send the batches over to an assembly line, the first in the country, to assemble and finish the clocks.

Terry, who had made about $16,000 in land and cash transactions, sold this factory in 1810 to Hoadley and Thomas and relocated to a much larger river in the western portion of town. It is at this new factory that Terry also became the first person to mass produce a standard shelf clock, which evolved into the modern timepieces we have today. 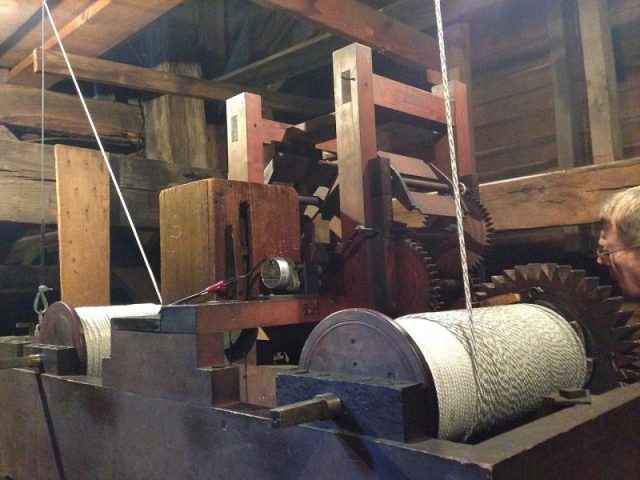 Simply put, we credit Eli Whitney as the founder of the American Industrial Revolution because it is easier to link his industry into chronological order with cotton production, slavery, and the ensuing war.

The authors of our nations’ history books don’t wish to be bothered with trying to place proper historic figures in their proper places. The American clock industry, which was the first to establish mass production in the US (using interchangeable parts), isn’t something that can be easily related to other historic American events. 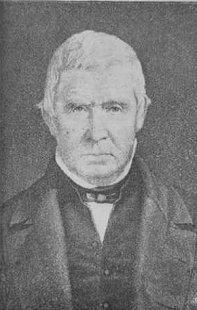 On a side note, it is fair to state that Mr. Terry and his entire family were anti-slavery abolitionists. Terry’s house at Plymouth has a secret room in which runaway slaves would take refuge. His son, Henry, had a false basement in his home across the street, for the same purpose.

Terry’s legacy left hundreds of clock industries in his region. The town of Plymouth had 83 different manufacturers of clock-related products. Chauncey Jerome, who learned from Terry, set up a clock shop in the neighboring town Bristol, where he was manufacturing 20,000 brass clocks a year by 1839.

Bristol, which became the clock making capital of the world, saw over 275 different clock manufacturers through its history. Jerome later established the New Haven Clock Company, and the Waterbury Clock Company, which would evolve into Timex.

Seth Thomas, who worked the Porter Contract under Terry was the leading independent clock producer in the region.

He died in 1859, and the western section of Plymouth was renamed Thomaston in his honor. Seth Thomas clocks were produced under his name until well into the 21st century. 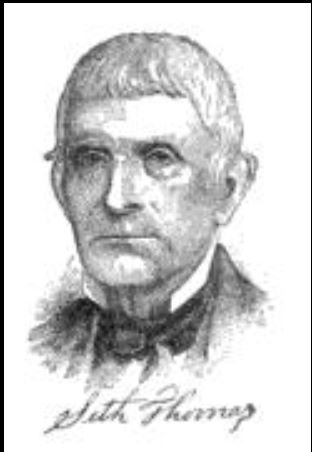 In the end, we can conclude that Eli Whitney was, in fact, the first to mass produce firearms, but never invented the milling machine, the assembly line, nor accomplished interchangeable parts.

It is Eli Terry who first established mass production using interchangeable parts and the first American assembly line, before Eli Whitney managed to finish his contracts.

Read another story from us: Rage Against the Machines: The Beginnings of the Anti-Industrial Movement

Eli Terry was both the last of the handcraftsmen, and the first American industrialist. He retired from clock making a wealthy man, and occasionally made some brass wall clocks in his free time, before his death on February 24, 1852, at Terryville, Connecticut.

« Famous Royal Marriages that Famously Failed
Uranium in the Plates? Our Ancestors Dined off of Radioactive Tableware »