Graffiti marks made by Roman soldiers near Hadrian’s Wall are being recorded for posterity — and what the marks reveal is that all those centuries ago, the soldiers enjoyed a laugh over a smutty joke. Thanks to modern technology, their words and explicit drawings from the past will be captured in 3D.

The inscriptions in a quarry near Brampton were made by Romans who researchers believe were repairing the wall. Hadrian’s Wall, a 73-mile-long stone frontier stretching across England, was completed in 128 AD for Emperor Hadrian. In what is believed to be 207 AD, the army conducted repairs on the wall at Gelt Woods in Cumbria.

Known as the Written Rock of Gelt, the markings include a caricature of the men’s commanding officer. They were discovered in the 18th century. The R-rated carving depicts “a certain anatomical feature still gleefully doodled on walls today,” was how CNN put it. The phallus also denoted good luck in Roman culture. 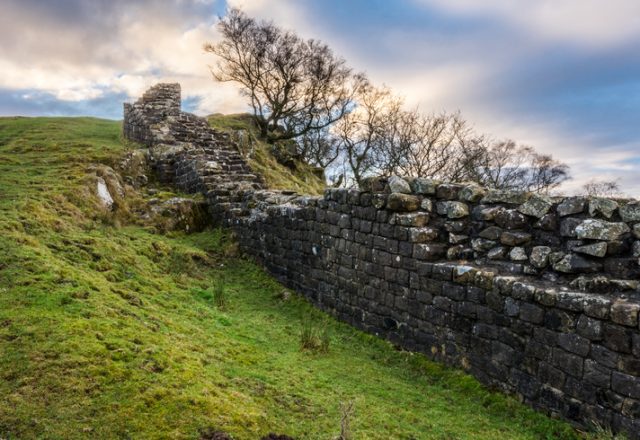 Hadrian’s Wall and Walltown Crags near Greenhead in Northumberland.

Rob Collins, lecturer in archaeology at Newcastle University, told the media that this phallic inscription isn’t unusual. He said he has catalogued 57 similar examples along the wall so far. Because the carvings appear similar to the images “boys tend to scribble in textbooks or walls,” he told CNN, “it is easy to project a similar meaning on the Roman examples.”

Capturing the markings before they are lost to the elements is not proving easy. Archaeologists from Newcastle University are working with climbing experts to drop 30 feet down the quarry face to capture the markings using structure-from-motion (SfM) photogrammetry. 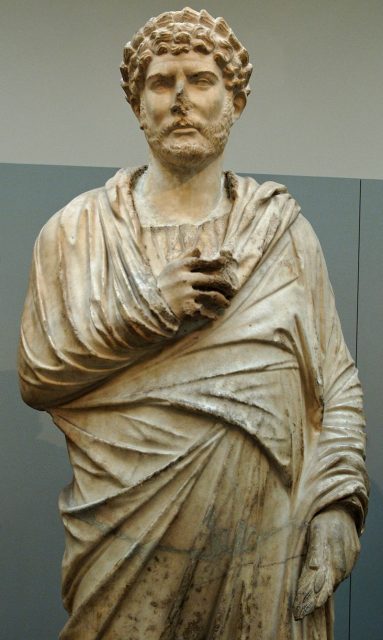 This famous statue of Hadrian in Greek dress was revealed in 2008 to have been forged in the Victorian era by cobbling together a head of Hadrian and an unknown body. For years, the statue had been used by historians as proof of Hadrian’s love of Hellenic culture. Photo by Marie-Lan Nguyen CC BY 2.5

Other carvings at the quarry have helped experts determine a date for the inscriptions. One of them describes “APRO ET MAXIMO CONSVLIBVS OFICINA MERCATI,” which is a reference to the consulate of Aper and Maximus. This apparently dates the inscription to 207 AD, a time when Hadrian’s Wall was undergoing a major renovation.

“These inscriptions at Gelt Forest are probably the most important on the Hadrian’s Wall frontier,” said Mike Collins, Historic England’s inspector of ancient monuments for Hadrian’s Wall, in a statement.

“They provide insight into the organization of the vast construction project that Hadrian’s Wall was, as well as some very human and personal touches, such as the caricature of their commanding officer inscribed by one group of soldiers.” 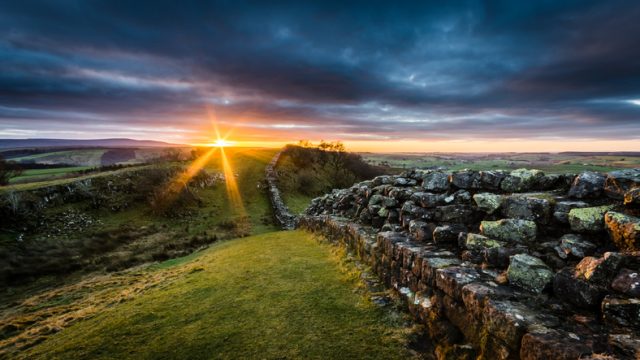 Hadrian’s Wall on Walltown Crags at sunset with dramatic clouds.

The quarry has been enjoyed by locals and archaeologists alike, but unfortunately up-close access to the inscriptions ended in the early 1980s when the path to the site collapsed into the gorge of the River Gelt.

Since then, inspection of the inscriptions has been nearly possible. However, capturing the marks became a priority when the gradual erosion of the soft sandstone into which they were cut was discovered. 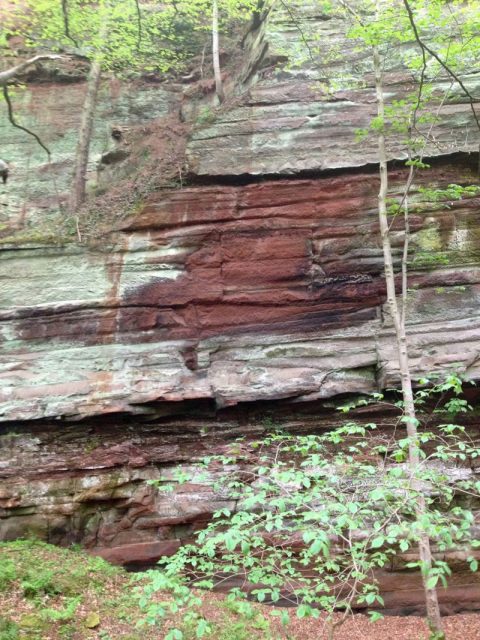 The Roman Quarry in the woods at Gelt near Brampton, Cumbria. Photo Courtesy Historic England

“These inscriptions are very vulnerable to further gradual decay,” said Ian Haynes, Professor of Archaeology at Newcastle University. “This is a great opportunity to record them as they are in 2019, using the best modern technology to safeguard the ability to study them in the future.”

The wall was built under the command of Emperor Hadrian, who traveled extensively across the Roman Empire, making improvements to its defenses and consolidating its borders. 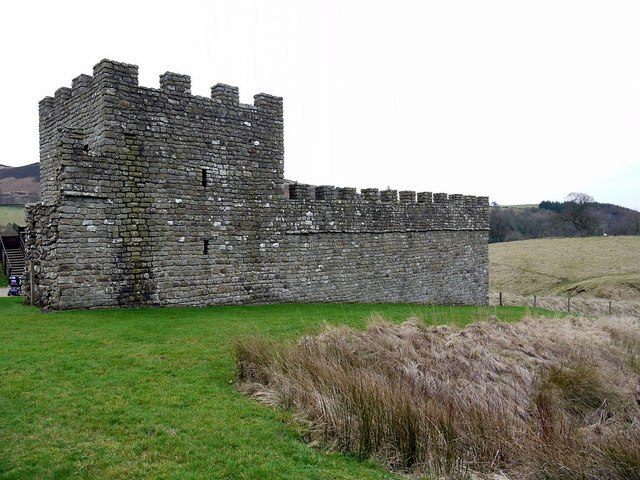 In Britain, some measure of security and demarcation was seen as important. Numerous warring tribes already lived there. Some rebelled against the Romans, while others became their allies.

Read another story from us: A Tour of Britain’s Most Intriguing Roman Archaeological Site and its Recent Finds

Hadrian’s Wall became a complex system of communications and defenses. Besides the wall, there was an earthwork, a ditch, two major roads, and numerous forts, castles and turrets along the 73-mile frontier.