A 1936 Bentley with an unusual history has raised eyebrows after being sold at auction for nearly half a million pounds. It was discovered in a garage in Heaton Mersey, Greater Manchester, where it had been parked for 30 years. The late owner was former RAF pilot Charles Blackham, who passed away in January. 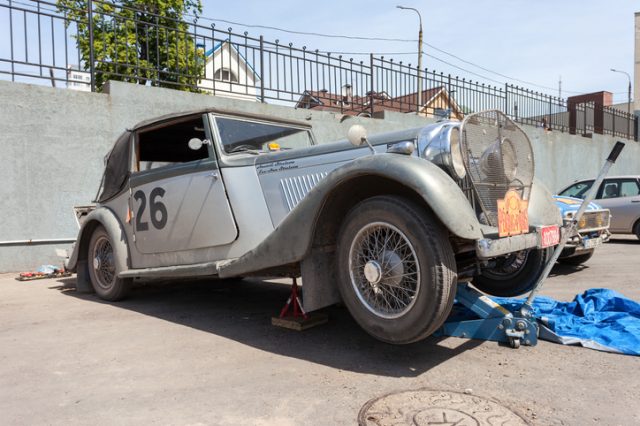 It sports bodywork by coachbuilders Vanden Plas, who built the shell around stock and reconditioned parts. These were inherited following a takeover of Bentley Motors Ltd. by Rolls-Royce. “They were among the most desirable cars of the day” explains the Daily Mail. “Mr Blackham’s wrecked example is the only one to retain its original body.”

Sitting around for three decades takes it toll, as the article goes on to illustrate, saying “It has a faded green body, scratched black trim and a tatty folding roof. Inside, the plumb leather interior is completely torn and ruined alongside a splintered wooden dashboard and rusty metal steering wheel.”

Despite this, the pedigree of the car speaks for itself. Mr Blackham bought it from original owner Col. Guy Bedford in 1952. Just as the vehicle was made from old parts, Blackham did some tinkering himself. He “went on to make a series of modifications to it. He even fixed a plaque to its dashboard which reads ‘Speed Must Not Exceed 170mph’” according to the Manchester Evening News. 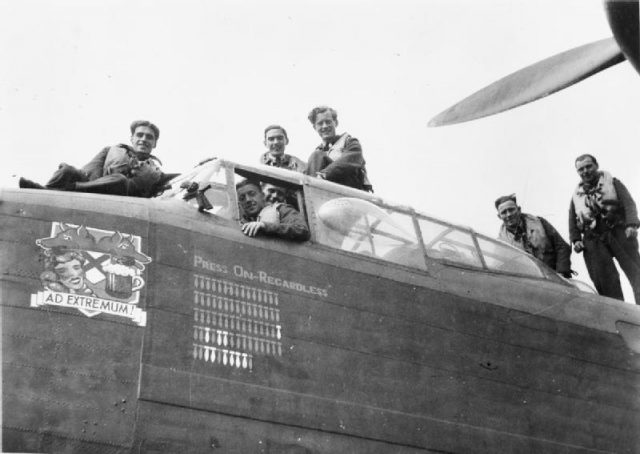 As a serviceman, Blackham was no stranger to combat. Part of 550 Squadron, he flew in the famous bombing raid on Nazi retreat the “Kehlsteinhaus” in 1945. Better known as the “Eagle’s Nest”, it was a meeting place for Hitler and other officials located in the Bavarian Alps.

History is Now Magazine wrote in 2014, “This last bomber raid of the European war was a joint operation with the US 8th Army Airforce who provided an 88-98 Mustang fighter escort. The four bomber crew who died on this operation were the last of the 55,573 losses of RAF Bomber Command.” 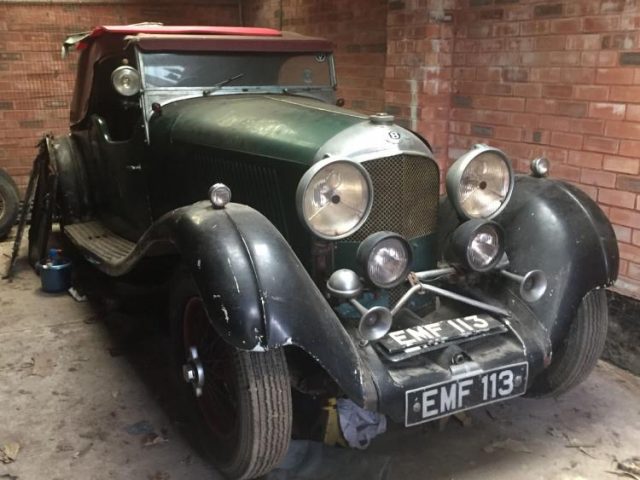 The Evening News writes that he “also took part in Operation Manna later the same year, during which Allied aircraft flew as low as 50 feet over Holland to drop food supplies for its starving population, many of whom had resorted to eating tulip bulbs to stay alive.”

Combined with the car’s distinctive build and reputation of the owner is the timing of the sale. Bentley is celebrating its 100th year this coming July, and the find is seen as a positive sign by H & H Classics. “This is the ultimate Bentley barn find in the marque’s centenary year,” commented head of sales Damian Jones, quoted by the Mail.

Founded by W.O. Bentley, the motoring giant is renowned for its “relentless pursuit of both luxury and performance,” as stated on the company website. “Were it not for the brand’s five victories at Le Mans in the 1920s, plus a sixth in 2003, this combination could be seen as a contradiction in terms. In which case, it could be said that Bentley continues to create the most acclaimed contradictions on the road today.”

Read another story from us: The Car That Got Smashed by a Meteorite – It Went Right Through the Trunk

However, as with any nostalgia-fuelled purchase, the lucky owner will have a lot of maintenance work on their hands. The car is a collector’s item but is in far from mint condition. “Obviously it needs a lot of work doing to it, which could cost a six figure sum,” Jones says to the Mail, “but 18 months down the line you could have something very special.”

It will certainly take someone’s wallet for a spin, but the end result should be well worth the ride.