While he spent much of his time disguised by a giant fiberglass head, musician and comedian Chris Sievey was far from unsociable. As unpredictable alter ego Frank Sidebottom he appeared to enjoy nothing more than chatting with fans, sometimes in the comfort of their own homes.

He was a much-loved icon of British character comedy, both accessible and remote. When he passed away from cancer in 2010, his hand-crafted album sleeves, newsletters, and sports programs provided a wealth of cryptic information. In fact, the codes he left behind were so obscure, GCHQ (Government Communications Headquarters) were brought in to crack them.

Director Steve Sullivan, who made the documentary Being Frank (2018), decided to consult the UK’s elite puzzle solvers. They pored over strange symbols left in the borders of Sidebottom’s artistic output. Sullivan confided in BBC News that “it was entirely plausible that there wasn’t code there and that he was just winding people up.” 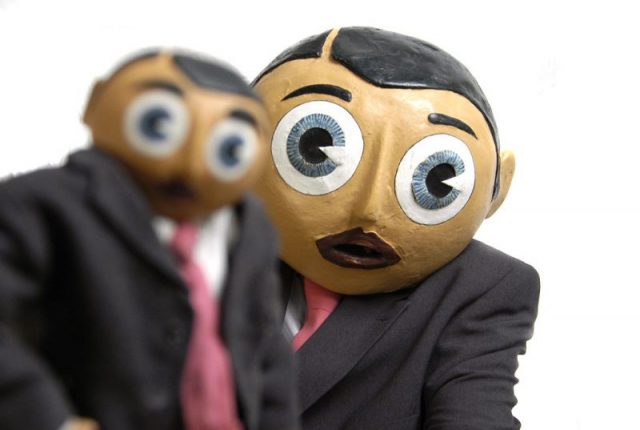 Photo by BeingFrankMovie CC BY SA 2.0

However, the gambit paid off, though it happened on Sidebottom’s terms. At first GCHQ didn’t get anywhere interpreting what the codes might mean. It took the discovery of a further nugget of information from the late comedian to set them on the right path.

Turned out he deliberately confused potential crackers by mixing his messages in with symbols created by his children. By putting these in an outer row, while drawing his own along an inner row, he managed to pull off a mind bender worthy of any spy agency.

Once Sullivan had been informed about this crucial detail by Chris Sievey’s son Stirling, he updated the team with the news that “the outer ring is a red herring”. He then received “an email one day saying, ‘Right, we’ve cracked it during a light-hearted training exercise.’” 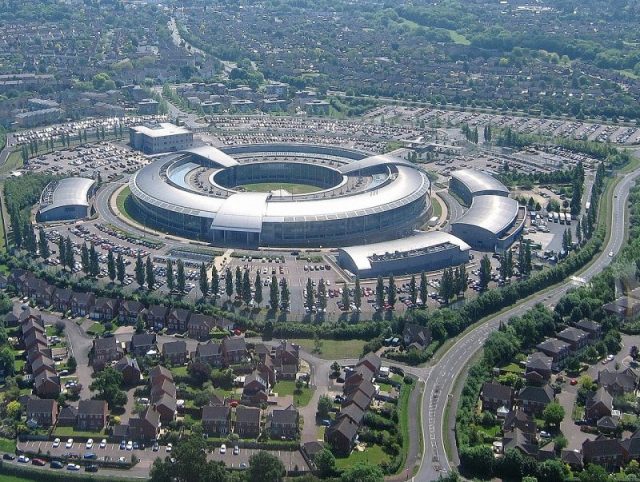 The headquarters of GCHQ in 2017

As befitting Sievey and Sidebottom’s roots in North West England, “the first word cracked by GCHQ boffins was Sidebottom’s favorite word, ‘bobbins’.” The website Everything2.com states, “Bobbins are… those devices used for storing large volumes of cotton,” going on to mention that Frank described it as rhyming slang for “‘Bobbins of Cotton’ meaning Rotten… bobbins is quite a good euphemism to use when decrying something without causing offense.”

The other words and messages revealed were pleasingly surreal, with the most understandable being “Why does my nose hurt after concerts?” Because Sievey put a peg on his nose when performing as Sidebottom there isn’t much of a mystery behind that one. 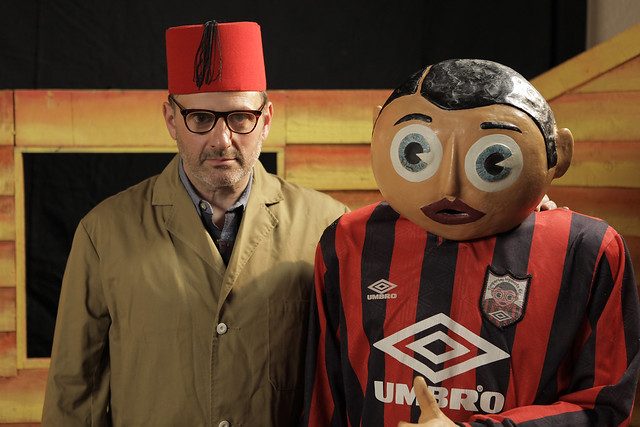 Photo by Being Frank Movie CC BY SA 2.0

People would make the mistake of thinking Frank Sidebottom was just a comic creation. He went way beyond that. In 2010 the Manchester Evening News interviewed Sidebottom, reporting, “Like thousands before me… I never got to see the man behind the papier-mache mask. His last text message to me, which I received minutes after leaving the pub, read: ‘And this time no mention of that Chris Sievey character.’”

Sievey was a prolific musician and artist who came up with Sidebottom as an offshoot of his band The Freshies in 1984. When people took to the nasal-voiced creation he became more of a full-time role.

He made frequent appearances on TV and radio, where he cultivated an atmosphere of genuine anarchy. His trademark head, with its cartoon-like features, went from papier-mache to a more substantial version as time went on. His musical releases included I’m The Urban Spaceman, Christmas Is Really Fantastic and the World Cup charity single Three Shirts On My Line. 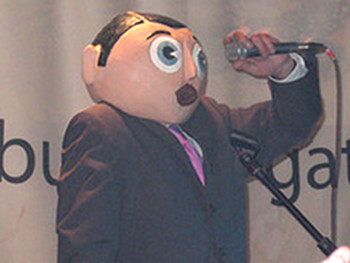 As written by The Skinny in 2014, “The beauty of Sidebottom performances was that no two would ever be the same; they were completely unpredictable and utterly brilliant live revues in which anything could happen.”

In the same feature, Sullivan describes filming with the man himself. Lifting the head to put in a microphone, he noticed that “Chris’s eyes were completely glazed over. There was no recognition. He was Frank.”

He wasn’t in it for the money either. The performer “gave most things away for free or destroyed them… Even at the height of his popularity during the late 80s, Frank would hire out his services to come to your house to entertain.” When Sievey died, his funeral had to be crowdfunded. A statue of Sidebottom was erected in his home town of Timperley, Greater Manchester (Sievey was born in nearby Ashton-on-Mersey). 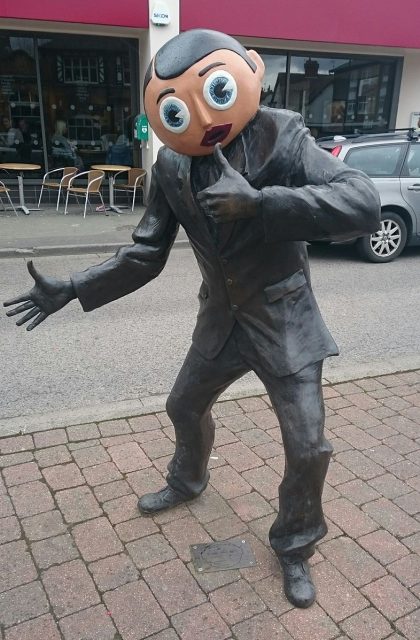 The character made it to the big screen in a sense when the movie Frank was released in 2014. Starring Michael Fassbender behind the giant head, the script was a loose adaptation of Sidebottom’s life based on a book by journalist and friend Jon Ronson.

Read another story from us: The Scream of Sam Kinison – Religious Preacher Turned Rock Star Comedian

As it transpired, Sidebottom’s mystery wasn’t such a conundrum after all. Ironically the code grid he used — which would have supplied answers without the need to call on the government — was stumbled upon in the back of an old address book. This happened just 24 hours after GCHQ delivered their findings.

« Airplane! The Screwball Story Behind the Ultimate Slapstick Parody
A Man who Bought an Unlimited Fly Pass Used it so Much it Got Taken Away »