Sam Kinison became one of the most controversial yet highly-regarded comedians of the 1980s. He wasn’t a global star but made a name for himself in the U.S. thanks to his volcanic performances, topped off by a trademark piercing scream.

A Rolling Stone profile summed up his act in 1989, saying, “It’s hard to tell if Kinison’s audience is being entertained or simply getting led down his highway to hell.” 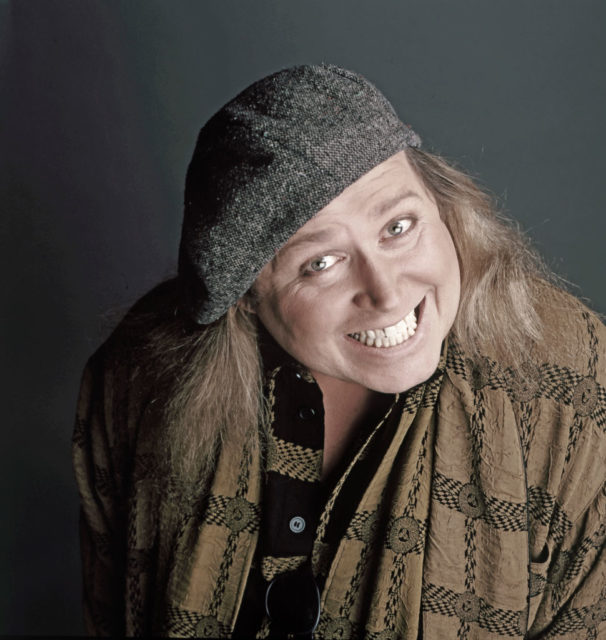 Fire and brimstone were familiar concepts to the young Kinison, who was born at the end of 1953 in Yakima, Washington. Perhaps surprisingly for this unpredictable figure, he was raised in a deeply religious household.

His father Samuel Earl Kinison addressed audiences in a different fashion, as a Pentecostal preacher. His son had a rebellious streak from an early age, but it took a while to truly emerge and become his defining characteristic. 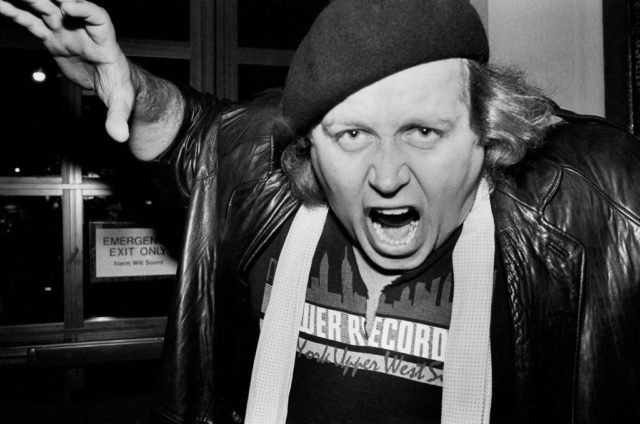 Tragic events were waiting in the wings beforehand to shape this future rock star of comedy. Sam experienced two major impacts — first, he suffered brain damage after being hit by a truck as a three-year-old. His personality changed and he developed epilepsy.

Second, the family was split following a divorce between his parents, Samuel Earl and Marie Florence Kinison. One of four brothers, Sam (now aged 12) and his brother Kevin decided to move in with their mother. Meanwhile Richard and future manager Bill went with Dad.

As a teenager, Sam studied at a Bible-oriented boarding school. His father passed away in the early ’70s, and it looked as if Sam might follow in his footsteps.

In tribute to Samuel Earl, he attempted to preach God’s word like his brothers did, and married his first wife Patricia Adkins. 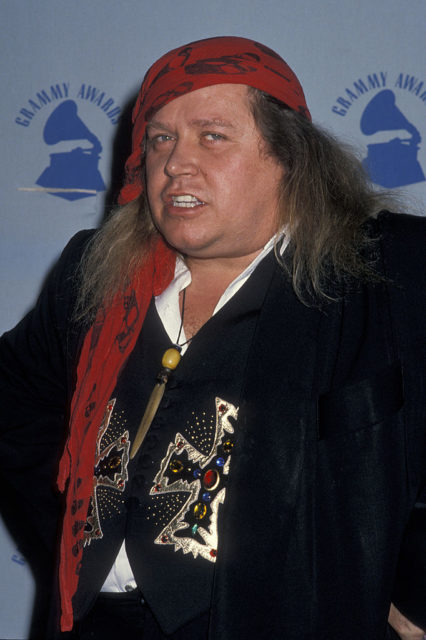 However, as the decade drew to a close he’d embraced his interest in stand-up comedy and was starting to get attention from notable names such as Rodney Dangerfield.

Intriguingly Sam was dynamite in the comedy clubs but no great shakes as a preacher man, according to brother Bill. Quoted in a 2012 GQ tribute, he remarked, “Ironically he had no stage presence. He never had one year that he made more than $5,000 being a minister.”

Kinison’s marriage was ending and he turned that heartache into a signature theme of his act. Combined with religion, he crafted a double-barrelled comedic onslaught that both delighted and shocked audiences.

GQ referred to a classic example of this, writing that “He was a preacher who made comedy-club audiences his congregation, treating his sets as protracted sermons…. One of his favourite tricks was recounting the argument Jesus has with his wife following his return home after the Resurrection.”

‘I have lived a carnal life’ 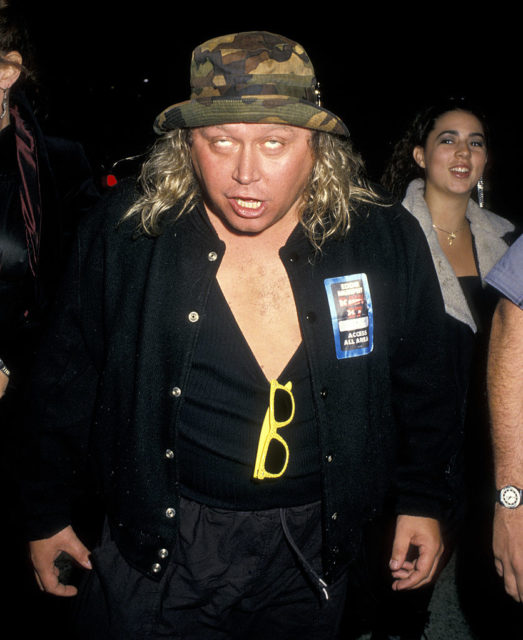 Abandoning the church also meant his interest in sex and drugs came to the fore, particularly after relocating to LA. The man himself explained, “I have lived a carnal life. My view of life is, ‘If you’re going to miss heaven, why miss it by two inches? Miss it!’”

Stand-up was a far better outlet for Sam’s extreme outlook. He got hitched again, to Terry Jean Marze, and while that lasted throughout the ’80s, it was a turbulent union. He remained the epitome of a henpecked husband, though one styled like a rock star.

This ultimately manifested itself as the high-pitched, primal scream he’d produce during his sets. Rolling Stone called it “a supersonic boom born of bile” and his friend Robin Williams said, “Most people go to the edge and then stop. Not Sam…. I think that scream he was famous for was just the sound he made on the way down.”

Making full use of his lungs, he also went on to record albums. He had a long-standing interest in music from his school days. Versions of “Are You Lonesome Tonight” and “Wild Thing” were interspersed with his trademark ranting about broken relationships. 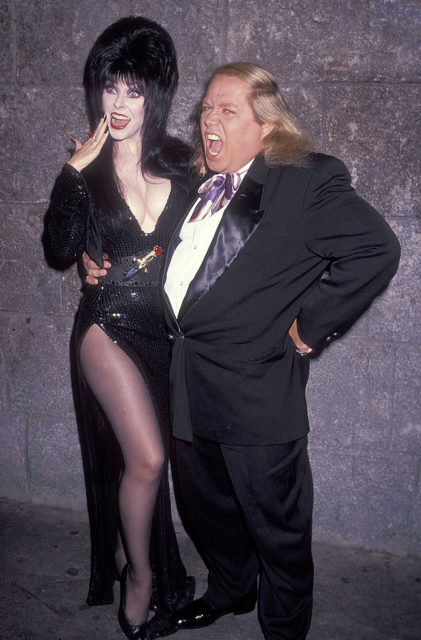 Despite some highly objectionable material, some of which earned him death threats, Sam was beloved by his audience. This could be because, behind the furious demeanor, there appeared to be an almost cuddly aspect to Kinison.

Rolling Stone commented that “Up close, the former preacher’s daunting charisma and imposing bulk are undercut by a Muppet-like cuteness.”

Movie stardom eluded Sam. He wanted to take the lead in Atuk, a notoriously disaster-laden adaptation of the Inuit hunter comedy novel The Incomparable Atuk. This hit a dead end, but he appeared in Dangerfield’s Back To School (1986) and starred in the sitcom Charlie Hoover (1991).

A life ended too soon 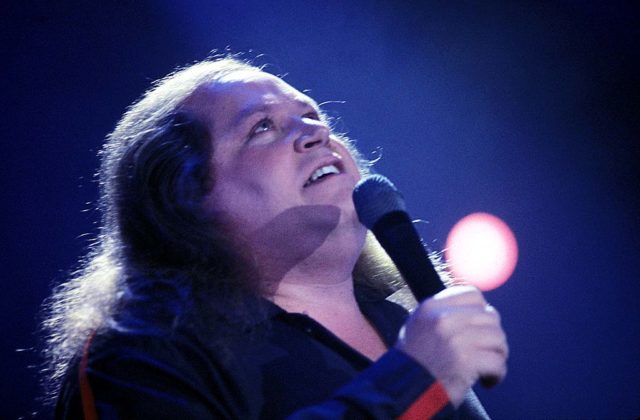 It was another automobile accident that would claim Sam’s life in 1992, just days after he got married to Malika Marie Souiri. En route to a show in Nevada, his sports car was struck by a pickup in California. He died from injuries, aged just 38.

The New York Times reported that “The California Highway Patrol… did not dispute the account by Mr. Kinison’s spokeswoman, Florence Troutman, who said that Mr. Kinison’s brother and manager, Bill, had been following in a van. She quoted him as saying that the accident occurred when the oncoming pickup tried to pass another vehicle and that the accident littered the road with beer cans that did not come from Mr. Kinison’s car.”

He influenced a generation of controversial comedians, most famously Bill Hicks. Yet he never lost sight of his spiritual roots.

Rolling Stone’s profile followed him to his home, where they describe Sam walking “up the wooden gangplank to his own massive front door. ‘I love this place,’ he says. ‘The door’s very cathedral, and my folks lived in a church till I was fifteen. It reminds me of that.’”

From rebellious teen to Hollywood hellraiser, Sam Kinison’s life was forever steered by faith, either in God or himself.