‘He’s a Gift to the World’: The Beautiful Friendship Between Robin Williams and Christopher Reeve

From pineapple on pizza to pickles and peanut butter, sometimes the most unconventional pairings make for the greatest friendships! The same was true for comedy legend Robin Williams and Superman himself, Christopher Reeve. 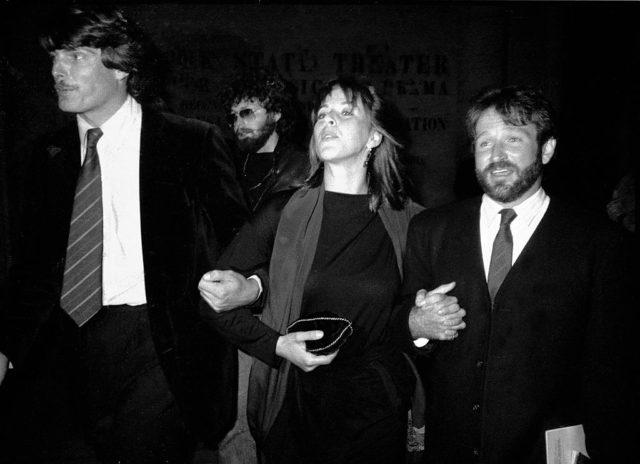 Williams and Reeve were actually best friends before they became famous, and continued their friendship for the rest of their lives. First meeting at Julliard in 1973, the up-and-coming actors were the only two students to be accepted into the prestigious Advanced Program that year.

In his autobiography, Still Me, Reeve remembered the first time he met Williams:

“I’d never seen so much energy contained in one person. He was like an un-tied balloon that had been inflated and immediately released,” wrote Reeves. “To say that he was ‘on’ would be a major understatement. There was never a moment when he wasn’t doing voices, imitating teachers, and making our faces ache from laughing at his antics. His name, of course, was Robin Williams.” 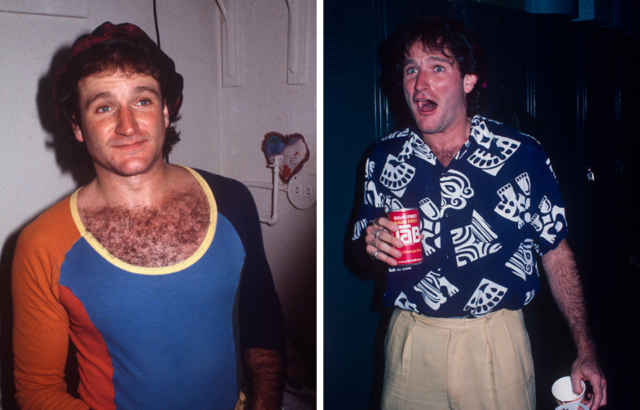 It seems that Williams was always meant to make people laugh on stage, constantly performing hilarious monologues and cracking jokes, but he was also determined to prove he was more than a comedian. In his third year of acting class, Williams delivered an astounding performance in a production of The Night of the Iguana by Tennessee Williams.

“His portrayal of an old man confined to a wheelchair was thoroughly convincing,” said Reeve. “He simply was the old man.” While he seemed to be a seasoned professional, Williams had discovered his talent for acting only a couple of years prior.

When Robin Williams was 16, his father retired from his job at Ford Motor Company and moved their family to San Francisco. Williams studied political science at Claremont Men’s College where he dabbled in improvisation. He then pursued acting at the College of Marin but left once he received a scholarship for Juilliard’s advanced program. 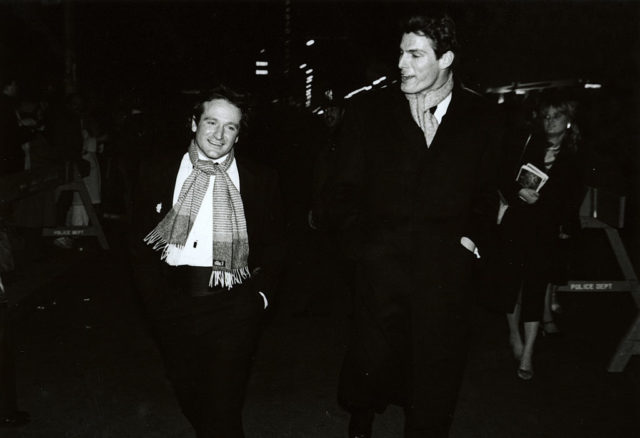 Reeve remarked that his friendship with Williams went deeper than just jokes: “Many of our classmates related to Robin by doing bits with him, attempting to keep pace with his antics. I didn’t even try. Occasionally Robin would need to switch off and have a serious conversation with someone, and I was always ready to listen.”

Reeve continued: “Robin was able to share his real feelings with me, and I always did the same with him. This has remained true for twenty-five years.”

Laughter is the best medicine 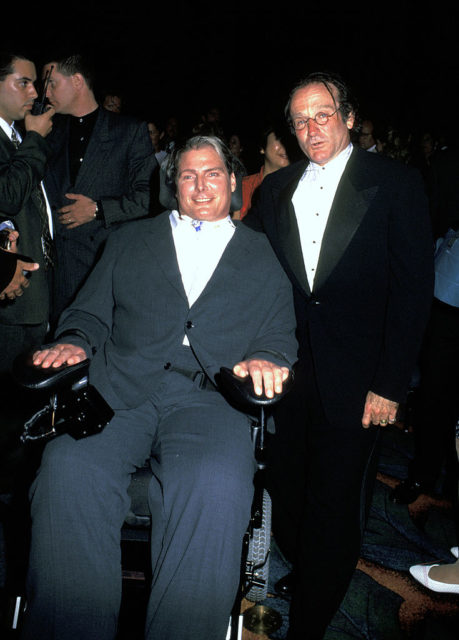 In May 1995, Christopher Reeve was thrown off a horse during an equestrian competition and injured his spinal cord, changing his life forever. He was left paralyzed from the neck down and would be confined to a wheelchair for the rest of his life.

Reeve’s second wife Dana gave her injured husband one phrase that gave him comfort in the midst of uncertainty, and would later inspire the name of his memoir Still Me: “You’re still you. And I love you.”

It’s clear that Williams felt the same about his friend. After the accident, Williams paid Reeve a visit to the hospital. Reeve was in immense pain, waiting to undergo life-threatening surgery to reconnect his skull to his spine.

Williams, dressed in a surgical gown, scrub hat, and glasses barged into the room “Speaking in a Russian accent” – ala his Nine Months character Doctor Kosevich – recalled Reeve. “…And for the first time since the accident, I laughed. My old friend had helped me know that somehow I was going to be okay.”

A gift to the world 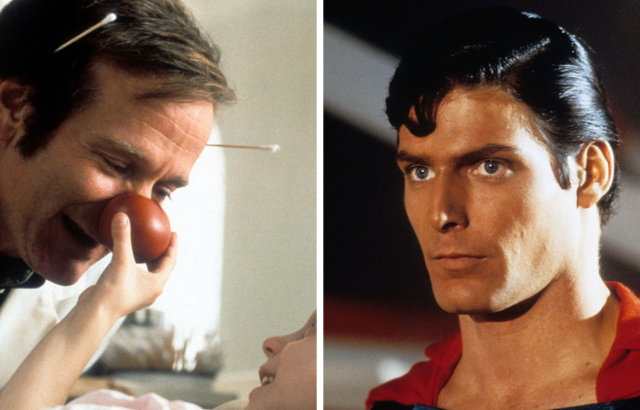 Christopher Reeve died on October 10, 2004, after an adverse reaction to an antibiotic medication brought on sudden heart failure. The 1978 Superman star was just 52.

Years later, Williams revealed during a Reddit “Ask Me Anything” post what his favorite memory of Reeve was:

“Him being such a great friend to me at Juilliard, literally feeding me because I don’t think I literally had money for food or my student loan hadn’t come in yet, and he would share his food with me,” Williams wrote. “And then later after the accident, just seeing him beaming and just, seeing what he meant to so many people.” 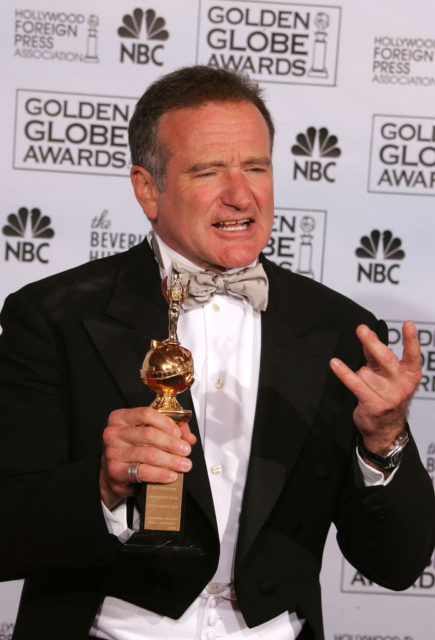 In 2005, when he was given the Cecil B. DeMille Lifetime Achievement Award by the Hollywood Foreign Press Association at the Golden Globes, Williams made a touching dedication to Reeve – in his own unique way, of course.

After saying thank you in multiple languages and hilarious accents, Williams dedicated the award to Reeve: “I just want to thank, also, a very, very person tonight. I dedicate this award to the memory of a friend of mine. Chris Reeve, I miss you. And I’ll also say, may flights of angels sing you to thy rest, sweet prince.”

Williams and Reeve remained friends throughout Reeve’s life, including on charitable work through the Christopher Reeve Foundation, which is dedicated to curing spinal cord injuries through research. 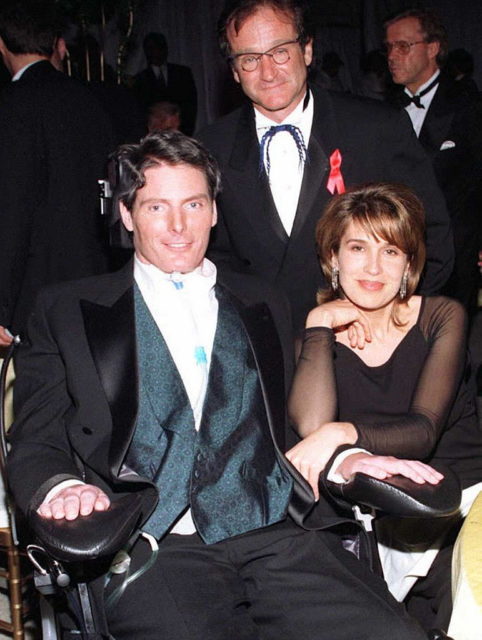 A decade after the loss of his friend, Robin Williams was found dead of an apparent suicide in August 2014.

More from us: Remembering Robin Williams’ Most Heartwarming Moments

« Where is Freddie Mercury’s Final Resting Place? Only One Person Knows
The Jersey Shore Shark Attacks: ‘Twelve Days of Terror’ That Inspired ‘Jaws’ »