Some people seem pretty predictable and it’s easy to guess the type of movies they’d like, whether romance, comedy, or action. The following celebrities, however, all have favorite movies that are the opposite of predictable. Whether it’s a newer star who prefers classic films or a long-established celeb with an appreciation for newer movies, here are some unexpected favorites from our favorite actors. 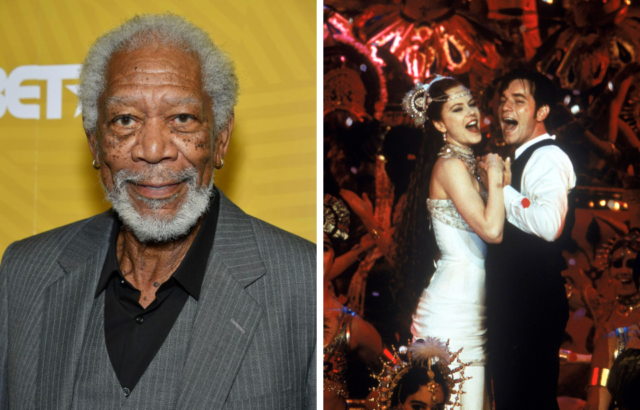 Morgan Freeman had a lot to say about his favorite movie, Moulin Rouge!. In an interview with ING, he said “I just think that movie is fabulous. What Baz Luhrmann did is really amazing…the dancing, the wardrobe, the music. People tend to fall on either side of that movie.”

He then went on to praise it even further: “Some people really like it and some people just don’t. I think when you have divided opinions like that, that’s the sign of art. It’s a work of art. It’s impressionable, and I think people tend to fall one way or the other because of that. I like the way Moulin Rouge! is edited. It has frantic energy to it.” 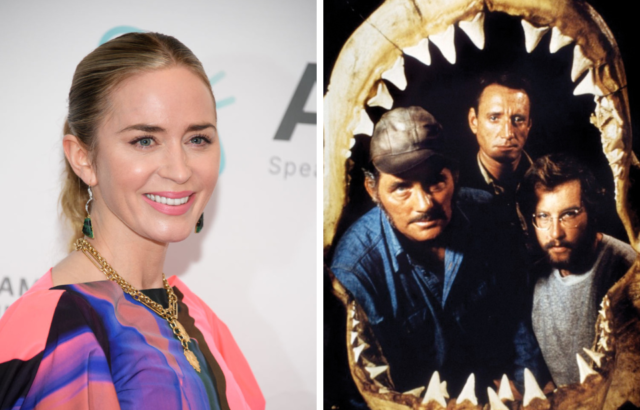 Actress Emily Blunt, known for her roles in Mary Poppins Returns, The Devil Wears Prada, The Girl on the Train, and A Quiet Place, picked a classic thriller movie as her favorite. She said that the Steven Spielberg movie Jaws is her “favorite film of all time.”

“I’ve seen it about 30 times. Even though it has a ludicrous backdrop of them trying to find this Great White shark, I think it’s a film about people and relationships and I just think the performances are fantastic,” she said about her favorite film. She even went so far as to add that she thinks it’s the perfect movie. 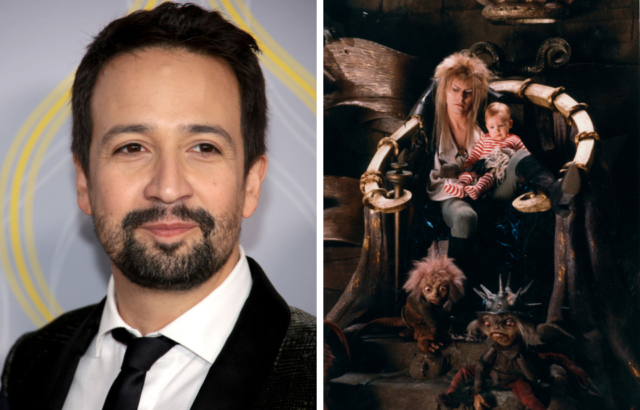 Perhaps it shouldn’t be such a surprise that the mastermind behind Hamilton had no difficulties listing off his five favorite musical movies when he was asked to do so by The New York Times. His list included classic favorites like Singin’ in the Rain, Chicago, and The Little Mermaid. One of his favorites, however, isn’t typically seen as a musical but Miranda argues that Labyrinth “is totally a David Bowie movie musical.”

He went on to share that it “wields a strange power in my life and in our house growing up,” including that his sister told him she wouldn’t go into the Labyrinth to save him. Miranda even paid homage to David Bowie with one of the songs he wrote for Moana. 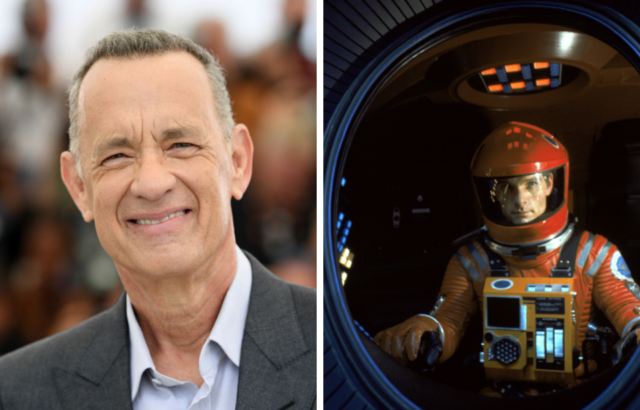 As well as 2001: A Space Odyssey, his top five list also includes both the first and second Godfather movies, Fargo, and Elephant. He thinks that the best films are the ones that give the audience a chance to think about what they would do if they were faced with the same situation as the protagonist. 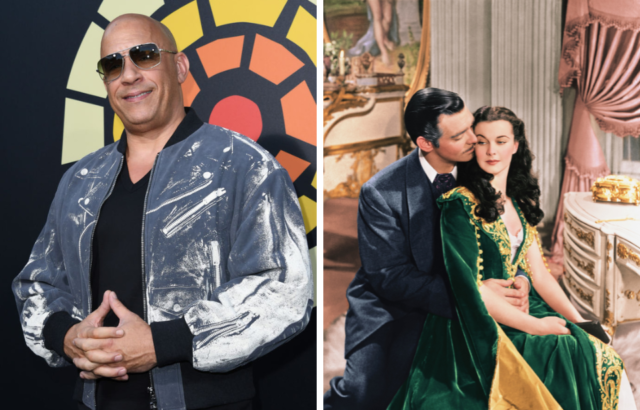 Best known for his role as Dominic Toretto in the Fast and Furious movie franchise, Vin Diesel’s favorite movie is anything but fast and furious. In Cindy Pearlman’s book You Gotta See This, he listed his favorite movie as Gone with the Wind, saying, “Gone with the Wind really is the first action movie…This was also shot way before the days of computer-generated effects. You can still watch the burning of Atlanta today and marvel at the technical brilliance of this film.”

In an interview with ELLE, he also said that Clark Gable was a character he identified with romantically: “Here’s this guy saying, ‘I may be rough around the edges, but I’m the better man for you, and you’re still locked over there with pretty boy.'” 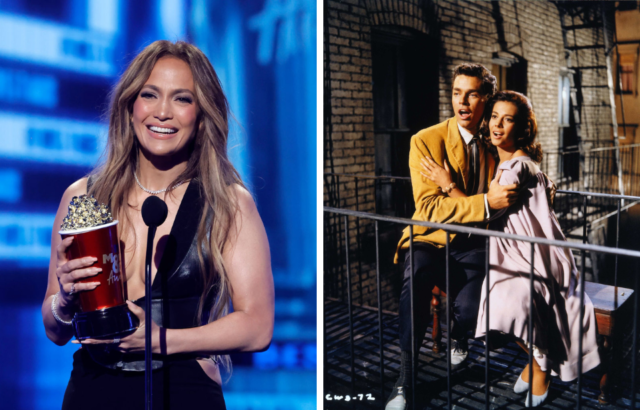 Jennifer Lopez accepting an award at the 2022 MTV Movie and TV Awards alongside a photo of two characters from West Side Story, Maria and Tony. (Photo Credits: Kevin Winter/ Getty Images, and zloben/ United Artists/ MoviestillsDB)

Jennifer Lopez, or J.Lo, has a movie that is undeniably her favorite of all time. West Side Story was a movie that she watched constantly and even had a favorite character: “I never wanted to be that wimpy Maria, who sits around pining for her guy. I wanted to be Anita, who danced her way to the top.”

In an interview with Vanity Fair, she confessed that she watched the movie an impressive 37 times when she was a kid. She explained part of her love for the movie was because it was “proof that my people could sing, dance, and act. I saw the movie about a million times on the big screen and especially when I felt sad about my life.” 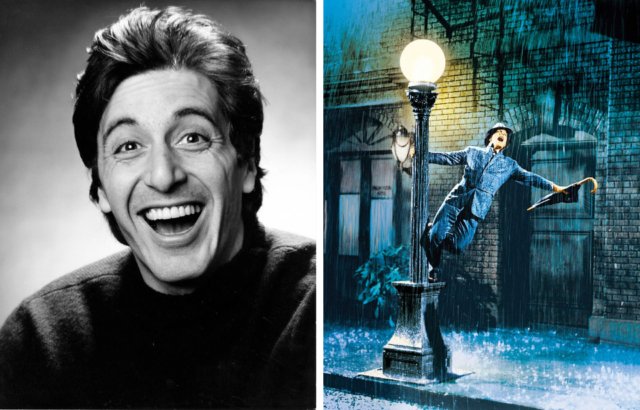 Starring in The Godfather movie franchise, which made its way onto many celebrities’ favorite film lists, Al Pacino has a few favorite movies of his own. Although he kept them close to his chest for a long time, he eventually revealed that there are two movies, in particular, that stand out to him.

The first is a lesser-known Italian movie called The Tree of Wooden Clogs which was released in 1978. The second is much more popular, as Pacino enjoys Singin’ in the Rain. In an interview with The American Film Institute, he admitted that he thought the film was quite good. 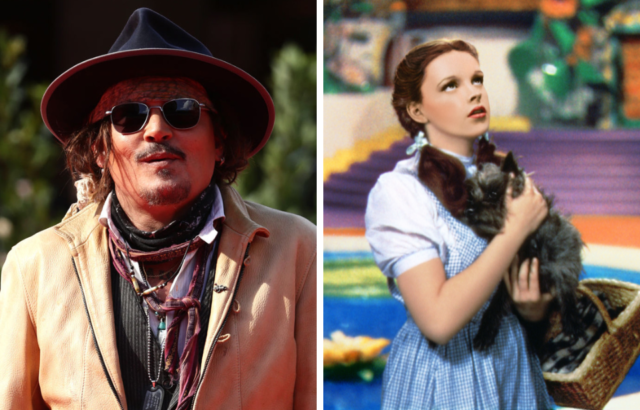 Like Vin Deisel, Johnny Depp’s film selection was also featured in You Gotta See This. He has a special attachment to The Wizard of Oz, which he felt was an escape for him when he was a child.

More from us: Al Pacino Opens Up About ‘The Godfather’ 50 Years On

“I grew up loving The Wizard of Oz,” he said. “I wanted to have a tornado sweep me up and take me away from the life I was living as a teenager. I didn’t have many friends and thought if only I could meet a Tin Man or a Scarecrow that maybe I wouldn’t feel alone.”

« The Story Behind the M*A*S*H Death That Devastated America
Where is Freddie Mercury’s Final Resting Place? Only One Person Knows »