A new book published by Pen & Sword delves into the history of England’s Broadmoor Hospital, with an emphasis on the women who were sent to the psychiatric institution after being found “insane” by the court system. 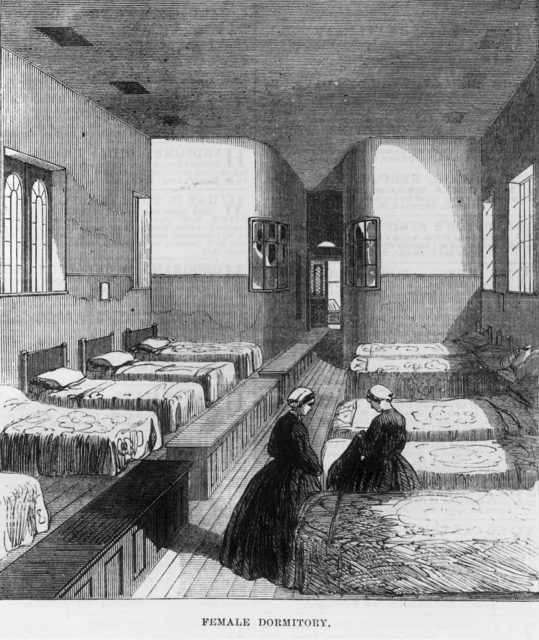 Broadmoor Women, written by Kim Thomas, presents the lives of seven women imprisoned at Broadmoor. To achieve this, she made use of records and patient files from the hospital’s archives.

Broadmoor Hospital first opened in 1863 as the Broadmoor Criminal Lunatic Asylum. Located in Crowthorne, Berkshire, England, its first patient was a woman who’d admitted to killing her children. She was described as “feeble minded,” and an analysis of her records found she’d likely suffered from congenital Syphilis.

The first male patient wasn’t admitted until February 1864. Soon, one in five of the patients sent to Broadmoor were women who had been accused of such crimes as murdering their spouses and children, but were found not guilty by virtue of insanity.

Today, it’s the oldest of three high-security psychiatric hospitals in the UK. Among its former patients were the Silent Twins, who spent 11 years at the institution following a crime spree that included arson. They’re best known for not having spoken to anyone but themselves for 30 years. 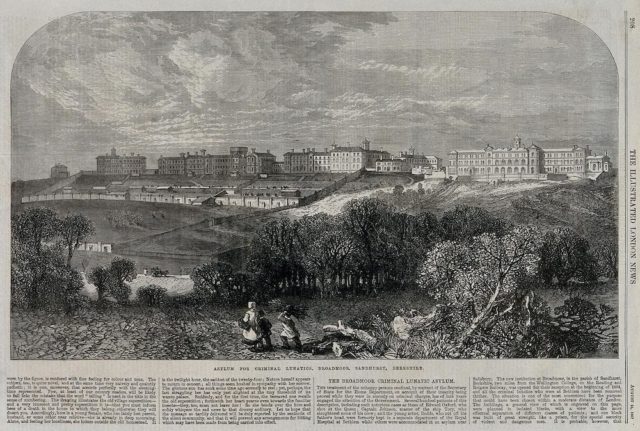 Broadmoor Women offers a “glimpse into what 19th century life was like for ordinary women, often struggling with poverty, domestic abuse and repeated childbearing.” Speaking about the book, publishers Pen & Sword said:

“We are delighted to release the first book that focuses solely on Broadmoor’s female residents, and the author is a pleasure to work with. Her writing is compelling and insightful, and the book provides a much-needed perspective on asylums and female criminals. We’re excited to continue working with Kim and hope to publish more of her work in the future.”

Among the stories told are:

All but one of the women mentioned in the book were released, her “bout of insanity” deemed “temporary.” This allowed Thomas to delve into the lack of understanding of mental health issues during the Victorian Era and examine how medical professionals approached treatment. 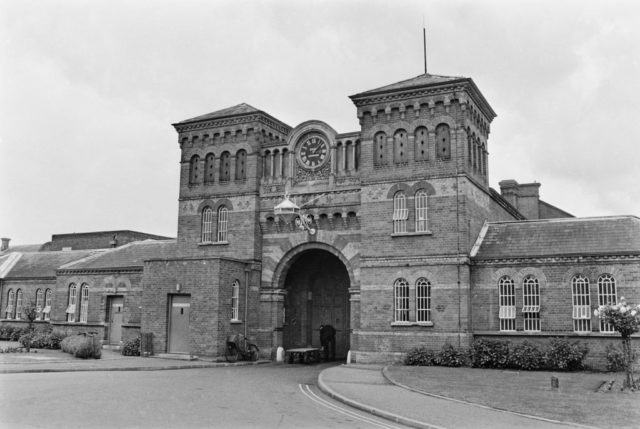 “I’m really excited about the publication of Broadmoor Women. Broadmoor was Britain’s first asylum for criminal lunatics, and writing the book gave me the opportunity to explore the fascinating stories of some of the women who were housed there in its early days,” said Thomas in an interview with the Welwyn Hatfield Times. “The Broadmoor archive is a wonderfully rich source of information about those early patients and the crimes they committed.

“Combined with newspaper reports and historical birth and death records, I was able to build up a picture of these women’s lives before, during and after their time in Broadmoor,” she continued. “Having poured all my energies into the book during lockdown, I was very apprehensive about its reception, but it’s been great to see so many positive early reviews from readers.”

Broadmoor Women is scheduled to be released in North America in June 2022.