The Silent Twins: Sisters Who Didn’t Speak to Anyone for Nearly 30 Years

Unusual behavior has a way of sticking out and ostracizing people. This was true of Jennifer and June Gibbons. Better known as “the Silent Twins,” they were sisters who refused to speak to anyone except themselves for nearly 30 years – and that was just the beginning of their rather strange lives.

Birth of the Silent Twins

June and Jennifer Gibbons were born on April 11, 1963 at a British military hospital in Aden, Yemen. Their parents, Gloria and Aubrey Gibbons, had moved to the United Kingdom from Barbados in the 1960s, after Aubrey found work as a technician in the Royal Air Force.

The twins were two of five children, with their siblings being Greta, David and Rose, who was the youngest. 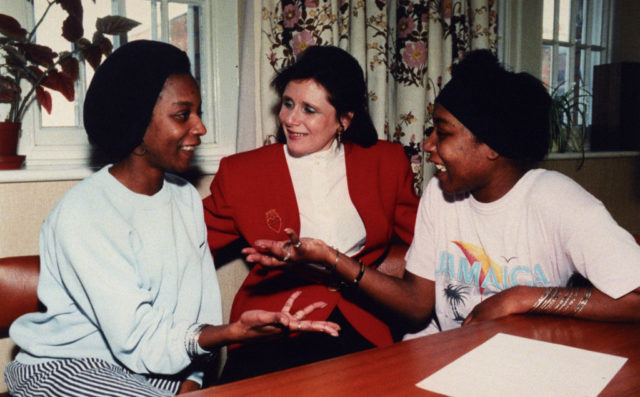 Jennifer and June didn’t exhibit any unusual behavior while infants. This changed, however, as they grew into toddlers and young children. Aubrey and Gloria began to notice the twins’ speech skills were behind others their age. They’d also developed their own language, a sped-up version of Bajan Creole, and become inseparable.

The twins were bullied in school because of their race

The twins were frequently bullied upon starting primary school, solely because they were the only Black children in their class. The harassment became so bad that school administrators began sending them home early, in the hopes they could avoid their tormentors. This behavior only worked to strengthen their dependency on each other. 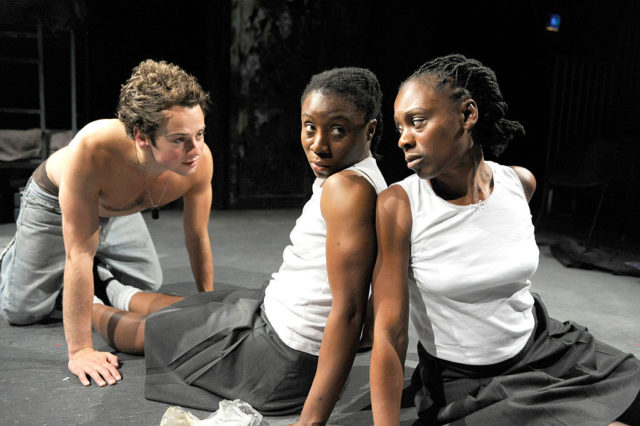 By the time they were teenagers, June and Jennifer’s language was such that no one outside of the pair could understand it. They’d also developed other unusual behaviors, such as refusing to read and write in school, mirroring each other’s actions (including keeping in step with one another) and not speaking to anyone.

The Silent Twins were evaluated by medical professionals

In 1974, a medic by the name of John Rees was performing an annual school-sanctioned health check on the Silent Twins when he observed unusual behavior. Along with remaining completely silent, he found neither of them reacted to being vaccinated, as if they were in a “doll-like” state.

Concerned, Rees shared his experience with the school’s headmaster, who dismissed him. Undeterred, he contacted a child psychologist, who advised Aubrey and Gloria to enroll the girls in therapy. This failed to work, and despite attending multiple sessions with psychotherapists, psychiatrists and psychologists they continued to not speak with anyone outside of themselves. 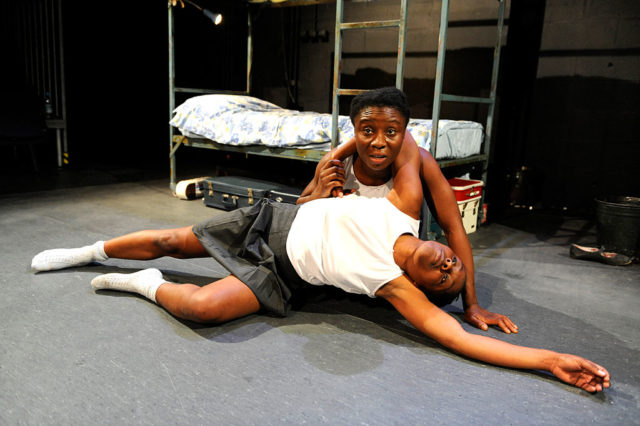 In February 1977, speech therapist Ann Treharne met with the twins. They refused to speak with her, but did agree to having their conversations recorded if left alone. While observing their interactions, Treharne got the sense that June did want to talk to her, but was prevented from doing so by Jennifer.

As all previous therapy attempts had failed, the decision was made to separate the Silent Twins and send them to different boarding schools. The hope was they would begin to communicate with others and develop their own sense of self. Issues immediately arose. Instead of branching out, Jennifer and June withdrew into themselves and became catatonic.

Together once more, the Silent Twins grew even more withdrawn. They no longer spoke to their parents or siblings, instead opting to write letters. They spent the majority of their time in their bedroom, recording tapes that only Rose was privy to.

After being gifted diaries for Christmas, June and Jennifer developed a passion for writing. They enrolled in a mail-order writing course, and what they wrote was rather dark. The majority of their stories were set in Malibu, California and followed young people as they committed heinous crimes.

The twins pooled their unemployment benefits and managed to get their stories published through a vanity press. This was the only success they experienced, however, and none of their other novels were published.

Before long, the Silent Twins wanted to experience the outside world. They partook in illicit drugs and drank heavily, and began committing petty crimes. They also lashed out at each other physically. According to reports, they even attempted to kill one another. It’s said June once tried to drown Jennifer in a local river, while Jennifer attempted to strangle her sister with an electrical cord. 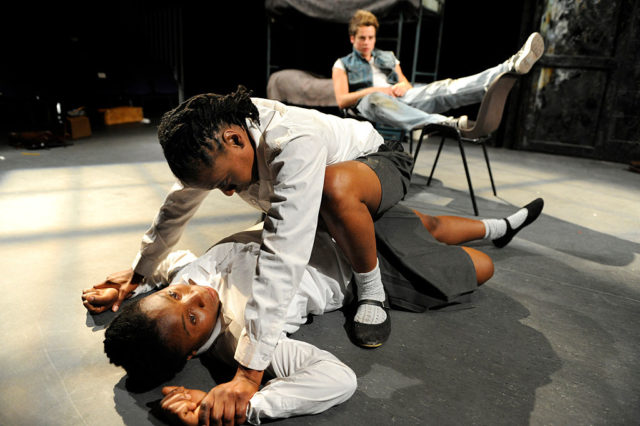 Their crime spree soon escalated to arson. In October 1981, they burned down a tractor store, causing $200,000 worth of damage. They then attempted to do the same to Pembrokeshire Technical College. This led to their arrest on multiple charges of burglary, arson and theft.

After a trial before the Swansea Crown Court, June and Jennifer pled guilty to the charges against them. Under the Mental Health Act 1983, they were sentenced to indefinite detention at Broadmoor Hospital, a maximum-security mental health facility.

The years the Silent Twins spent at Broadmoor Hospital were not easy. Instead of allowing them to keep acting as they were, the facility’s staff put the two on high doses of antipsychotic medication. This caused a host of side effects. Jennifer’s vision began to blur and she reportedly developed tardive dyskinesia, a neurological disorder that causes involuntary, repetitive movements.

Throughout their stay, the twins found respite by writing in their diaries. Viewed by The Sunday Times journalist Marjorie Wallace, they offered a glimpse into the pair’s feelings for each other. From their own writings, it appeared they did not like each other very much. June wrote her sister was a “dark shadow” whom she felt possessed by, while Jennifer shared that June was “a face of misery, deception, murder.” She also wrote that she believed them to be “fatal enemies.” 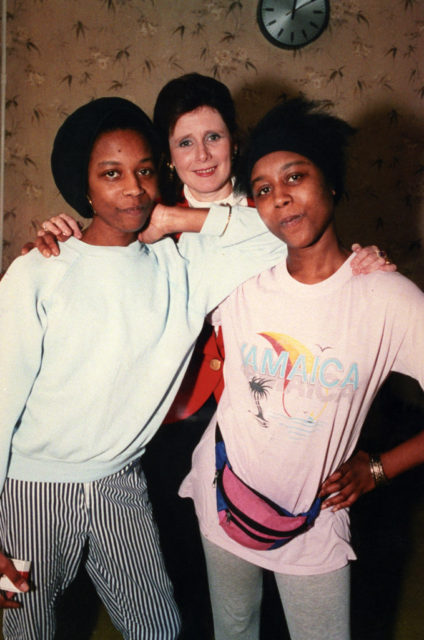 The Silent Twins remained at Broadmoor for over 11 years. June provided a summary of their stay in one of her diary entries, writing:

“We got twelve years of hell, because we didn’t speak. We had to work hard to get out. We went to the doctor. We said, ‘Look, they wanted us to talk, we’re talking now.’ He said, ‘You’re not getting out. You’re going to be here for thirty years.’ We lost hope, really. I wrote a letter to the Home Office. I wrote a letter to the Queen, asking her to pardon us, to get us out. But we were trapped.”

Tragedy struck during a transfer to a new facility

In March 1993, arrangements were made to have the Silent Twins transferred to the Caswell Clinic at Glanrhyd Hospital, a medium-security facility in Wales. Jennifer experienced a medical emergency during the journey and was unresponsive by the time they arrived. 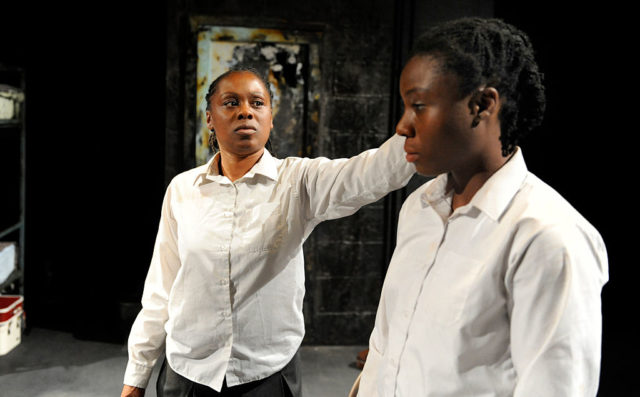 Jennifer was taken to a nearby hospital, where she was pronounced dead of sudden inflammation of the heart. This was unusual to medical professionals, as there were no signs of poison or drugs in her system. At an inquest into her death, June revealed her sister had been acting strangely for approximately 24 hours prior to the transfer. She’d been slurring her words and talking about her impending death.

Following Jennifer’s death, June remained at Caswell for one year before moving home to West Wales. She became a completely different person without her sister, speaking to others as if she hadn’t spent the first 29 years of her life talking to no one other than Jennifer.

As of 2008, June was said to be living independently. She continues to take medication for what her doctors believe to be schizophrenia, and is no longer monitored by psychiatric services. She reportedly visits Jennifer’s grave each week. When asked why she and her sister refused to speak to others, she simply said, “We made a pact. We said we weren’t going to speak to anybody. We stopped talking altogether – only us two, in our bedroom upstairs.” 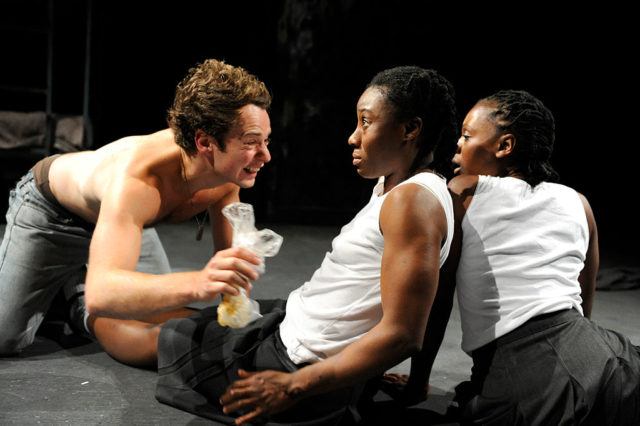 More from us: Here’s Why Some People Thought the Pollock Sisters Were Proof of Reincarnation

In 2016, the twins’ sister, Greta, agreed to an interview, during which she shared how the Gibbons family hadn’t agreed with Jennifer and June’s incarceration at Broadmoor and blamed the facility for ruining her sisters’ lives. She’d initially wanted to file a lawsuit against Broadmoor, but decided against it, following her parents refusal to support the endeavor. They’d said suing the hospital wouldn’t bring Jennifer back.