The Petrifying Well That Turns Objects into Stone

The city of Knaresborough in North Yorkshire, England, is home to a strange phenomenon. It hosts a petrifying well, which has the tremendous capacity to turn objects into stone. This rather curious attraction welcomes millions of visitors every year.

According to Amusing Planet, the petrifying well was first referenced in 1538 by John Leyland, antiquary to king Henry VIII. Leyland noted that the well was said by locals to have magical properties and healing powers, which he reported in his writings. This marked the beginning of legends that would surround the petrifying well for a long time.

The petrifying well is located inside a cave known as Mother Shipton’s Cave. The name of the cave comes from a local woman believed to be a witch, Ursula Southeil, whom the locals referred to as Mother Shipton. 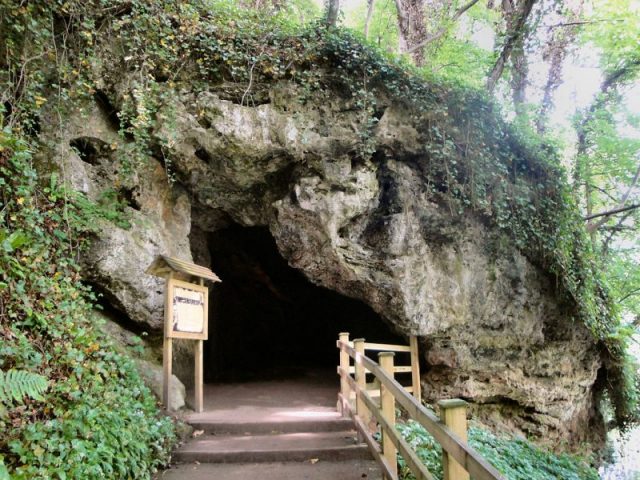 Amusing Planet reports that according to the legends, Mother Shipton — the daughter of a prostitute and the devil — was born in the cave. While she was supposed to have been hideous due to who her father was, she gained fame as a prophetess.

Mother Shipton is believed to have predicted several events such as the defeat of the Spanish armada in 1588, the Great Fire of London of 1666, and even the invention of cellphones! 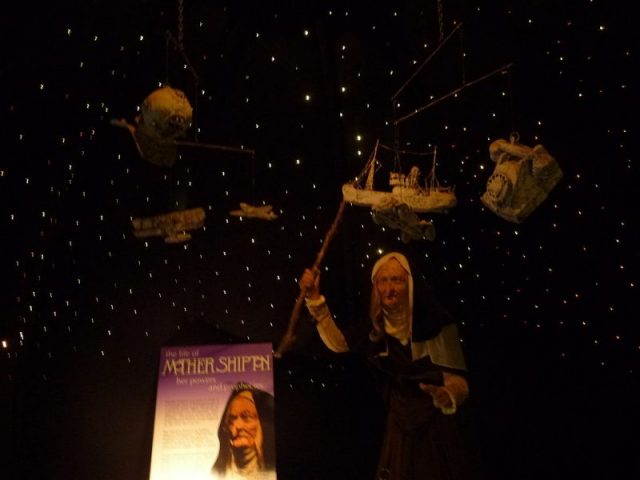 Mother Shipton in Knaresborough. Photo by Immanuel Giel CC BY 3.0

While the story of Mother Shipton gave the petrifying well a terrifying reputation, it also enjoyed a more flattering legend. As John Leyland reported, the well was believed to have magic healing powers and would be visited by locals because of these reputed curing abilities.

According to Oddity Central, a physician examined the petrifying well in the early 1600s. The results of his findings led him to conclude that the waters running through the well were a miracle cure for any type of sickness. With this kind of reputation, the petrifying well became an ever-growing popular attraction. 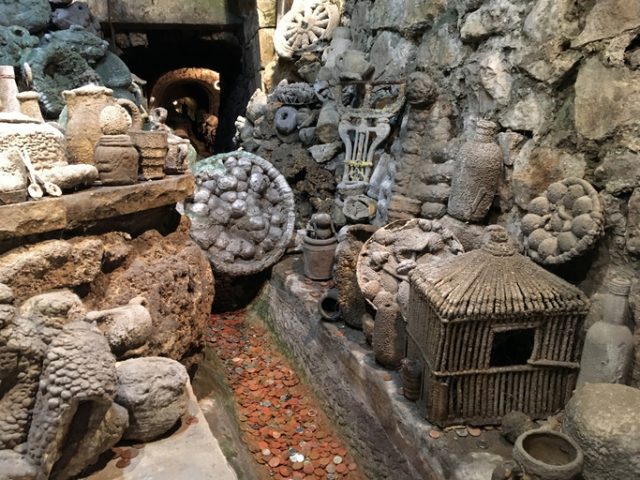 The Petrifying Well at the Matlock Bath Aquarium with objects that have been coated by minerals from the water.

But the most interesting feat of this well is its capacity to transform objects into stone. Contrary to the legends surrounding Mother Shipton or the healing powers of the well, this feat was all natural, even if it was believed to be part of the magic of the well for a long time.

According to Force To Know, the petrification of an object in this well happens because of high levels of mineral content in the water. Through a process of evaporation and deposition over time, objects appear to turn into stone, as they are covered by solidified minerals. 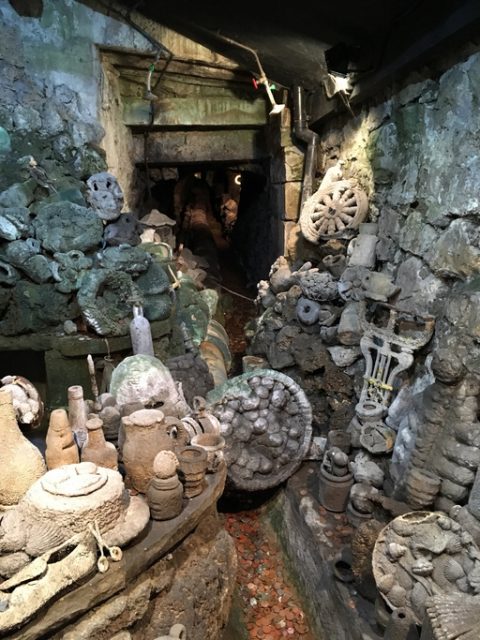 The Petrifying Well at the Matlock Bath Aquarium with objects that have been coated by minerals from the water.

That process was for a time attributed to Mother Shipton as one of her magic tricks. Because of her reputation of being a witch, she was supposed to turn objects into stone herself.

The terrifying aspect of the well is reinforced by the fact that when viewed from the side, the cave looks like a giant skull. 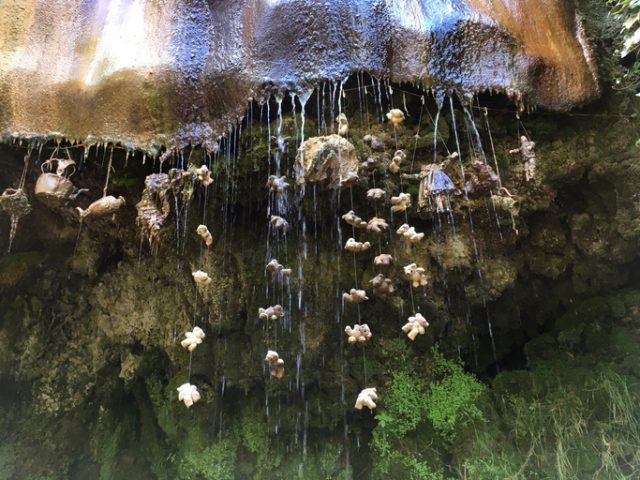 Knaresborough, England – July 16, 2016: Everyday objects have been hung in the water of the Petrifying Well, slowly being covered by minerals. The Petrifying Well is the oldest tourist site in the UK.

Locals and visitors perpetuated these frightening legends, but the stories only increased people’s curiosity.

When the Royal Forest was sold by King Charles I to Sir Charles Slingsby in 1630, the cave was well known, with many people wanting to witness this strange petrifying process for themselves. The new owner decided to profit from it by selling guided tours to the visitors coming onto his land.

By doing so, Slingsby had just created England’s first ever tourist attraction. 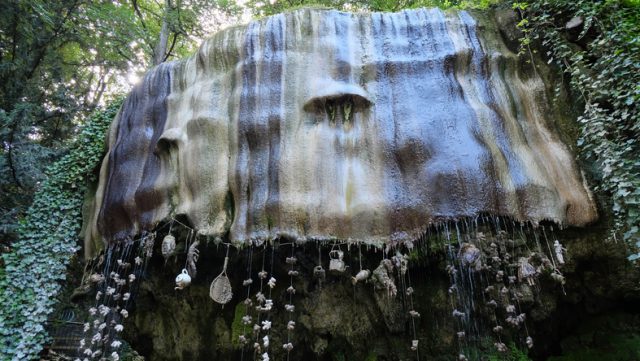 Today, the well is known to have no magic powers, but is still visited by millions of tourists yearly because of its capacity to apparently petrify objects.

Read another story from us:  Towns Called Boring, Bland, And Dull All Joined Forces To Make A Trinity Of Tedium

The magic properties attributed to the petrifying well of Knaresborough may have been proven wrong, but this curious location still holds a strong ability to attract visitors.