The Fastest Car on Earth Produced a Shattering Sonic Boom

The fastest car on Earth looks like something from a sci-fi movie. Car aficionados certainly thrive on the feeling of hitting high speeds on the open highway. Speed is something celebrated in society. Grand Prix racing on closed roads and other tracks that make racing possible, reached tremendous popularity during the course of the previous century. For instance, in 1950, Formula One kicked off with its first, inaugural season.

But reaching a speed of 763 mph (more than 1,200 km/h) is a challenge even for the most adrenaline-seeking of drivers, and it’s certainly not something for the faint-hearted. Hitting such speed has nothing to do with any Grand Prix racing either. 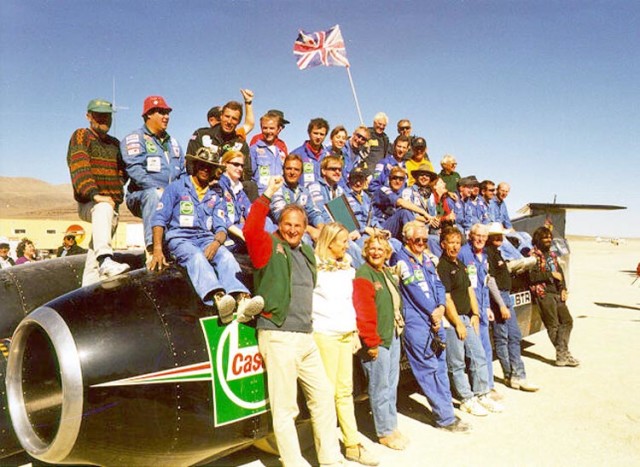 As the Guinness World Record website notes, the Thrust SSC reached an astonishing 763.035 mph (1,227.985 km/h) that day, and the “land-speed record, aka the fastest car on Earth, remains one of the benchmarks of technological development.” 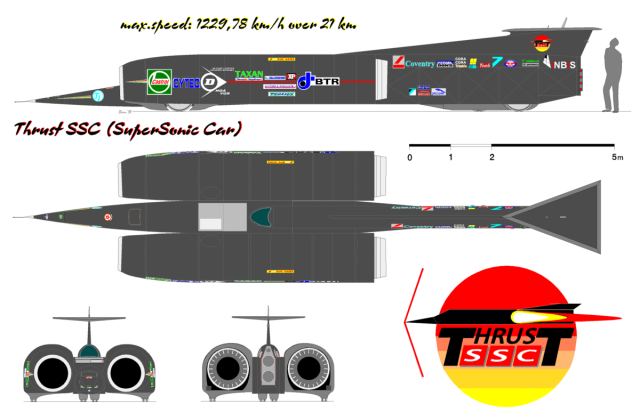 Thrust SSC, which looks more like a plane than a car, not only broke land-speed records to become the fastest car on Earth but it was the first car in the world to break the sound barrier too. The sonic boom was so powerful it caused buildings to shake in the nearby town of Gerlach, roughly 12 miles from where the history of speed was being written, reports Guinness World Records.

Thrust SSC represents a peak in engineering achievement. While the speed of sound had been previously broken by a number of aircraft, the phenomenon had not been witnessed on the ground. With a top speed of over 1,200 km/h, things could easily go south, of course. Objects close to a vehicle moving at such speed could easily cause disruption or explosion. 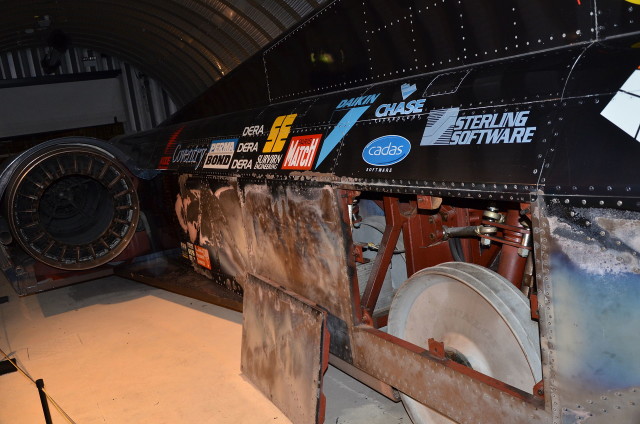 Rear wheel assembly of the Thrust SSC. Photo by Ben Sutherland CC BY 2.0

The temperatures at the vehicle’s rear reportedly hit more than 570 degrees Fahrenheit and sound levels approached 175 dB. Thrust SSC relied on a pair of Rolls-Royce Spey 205 turbojet engines, which according to Interesting Engineering, “produce 100,000hp between them — the same output as three naval frigates.” 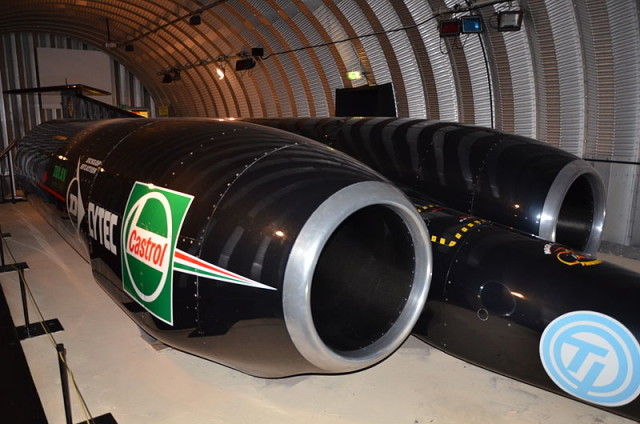 The Thrust SSC at Coventry Motor Museum. Photo by Ben Sutherland  CC BY 2.0

With great machines also come some great responsibilities. The makers of Thrust SSC had to ensure the model would hold together at such potentially devastating speeds, and that the pilot would also survive the ordeal (yes, pilot is the better choice of word than driver in this case).

Super wheels, capable of rotating at 8,500 rpm were integrated into the design. 8,500 rpm is much more than a normal car tire can sustain, therefore the wheels had to undergo a substantial redesign. 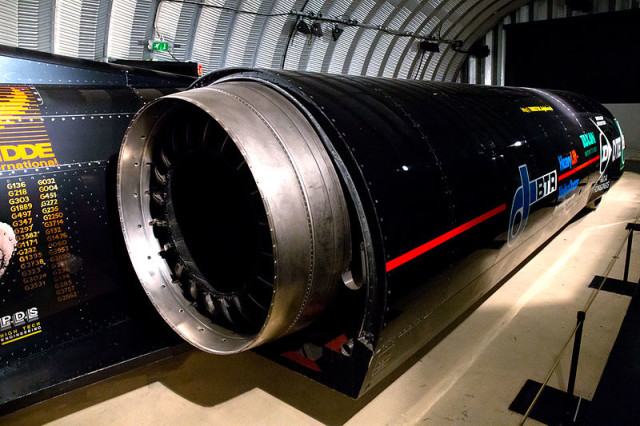 “The radial acceleration at the rim is 35,000G — speeds which would disintegrate any traditional tire. Instead, to cope with the enormous centripetal forces, L27 aluminum wheels were cast. Each one weighted in excess of 160 kg,” explains Intersting Engineering.

The overall Thrust SSC design allowed the pilot only partial control of the vehicle. Hence, traditional safety systems had to be abandoned in favor of mechanisms and safety sensors to keep the vehicle on ground and in a safe, straight trajectory. 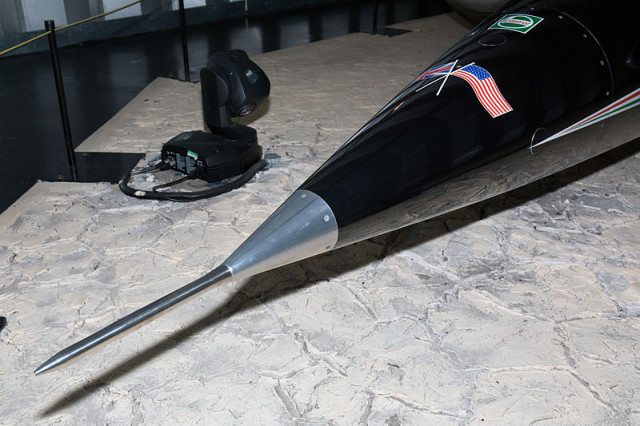 A plethora of sensors allowed various data such as speed, direction, and thrust to be observed in the course of action. In case an engine went off, the Thrust SSC could shut down its other engine in milliseconds thanks to some of them. In case the vehicle went off the ground, another command would order an additional three tonnes of downforce again in the matter of milliseconds.

Read another story from us: The Pink Car for Women in the 1950s

Two decades after setting a world speed record, Thrust SSC along with another Thrust model sits in retirement at the Coventry Transport Museum. Visitors can revere it as a testimony to fascinating human achievement and the longing to move faster than was ever thought possible.