The childhood home of the unfortunate Lady Jane Grey, executed in 1554, has been discovered in the remains of a stone foundation in Leicestershire. She was a teenage noblewoman who was declared queen of England but ruled for only nine days in the tumultuous Tudor period.

Archaeologists from the University of Leicester have been working at the Bradgate Park ruin since 2015 to unearth its history. In June 2019 they announced that they have found a series of “stone structures” that lie under the standing brick buildings. 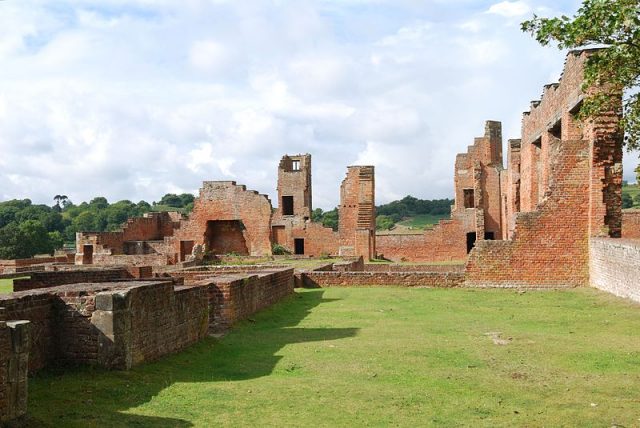 The academics believe that these stone buildings are likely to be the ones Lady Jane Grey would have called home. “While Bradgate House is such an iconic site, very little is known about the standing structure and how it changed over time,” project co-director Richard Thomas, a reader in archaeology at the University of Leicester, said in a statement. “Our evidence suggests that the home Lady Jane Grey would have recognized may have looked very different from what we see today.” 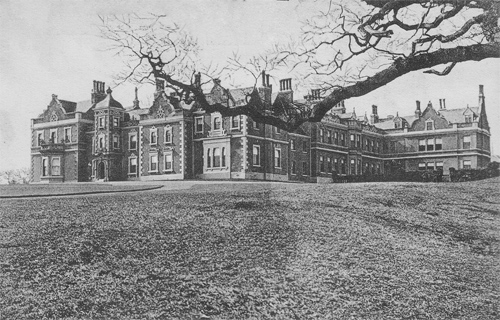 Bradgate house before it was demolished in 1926. Photo courtesy of www.lostheritage.org.uk

The Grey family lived at Bradgate for centuries. It began as a hunting ground in the early 13th century, enclosed by an earthwork bank and ditch, topped by oak timbers. In 1445 the park passed by marriage to the Grey family, who owned it for the next five centuries. The Greys’ fate intertwined with that of England’s royal family at several fateful junctures. The first grey owner was Edward Grey, whose son John married Elizabeth Woodville. After John’s death in battle in the war of the roses, his beautiful widow married the king her husband had opposed, Edward IV. Their children included Elizabeth of York, who would become the mother of Henry VIII. 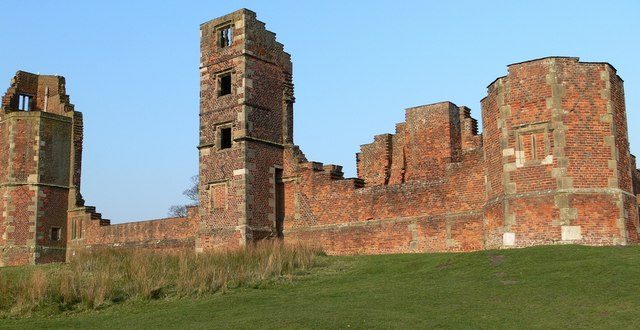 The Grey family, though not royal, was close to power, being related to the Yorks and Tudors. One of Elizabeth’s sons by her first marriage was Sir Thomas Grey, the 1st Marquess of Dorset. “Sometime after 1490 Sir Thomas prepared the land to build an impressive house in the former medieval deer park,” according to Britain Express. “He intended his new house to replace the old Grey house at Groby. Unfortunately, he died in 1501 before the project could begin and it was left to his son Thomas Grey, the 2nd Marquess, to build Bradgate House. The house was finished sometime around 1520.” 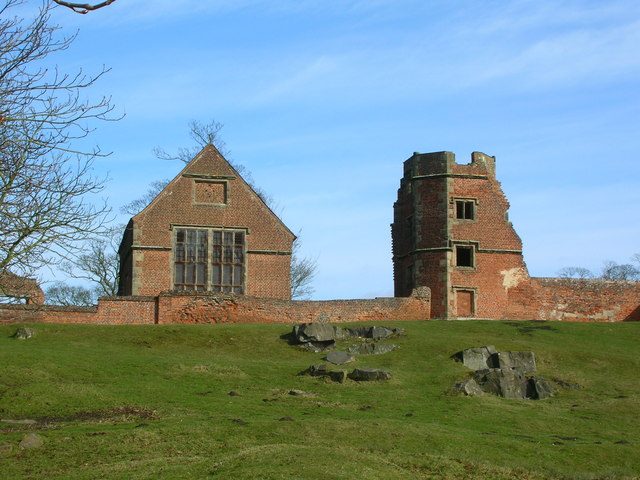 The chapel at Bradgate house. Photo by John Darch CC by SA-2.0

It was built in red brick, now a common building material but in the early Tudor period red brick was an expensive material and rarely used. “The fact that Bradgate House was built in brick is a clear sign that Grey was trying to make a statement of his wealth and prestige,” said Britain Express. “It is also one of the earliest unfortified manor houses in England, a testament to the relatively peaceful interlude following the end of the Wars of the Roses.” 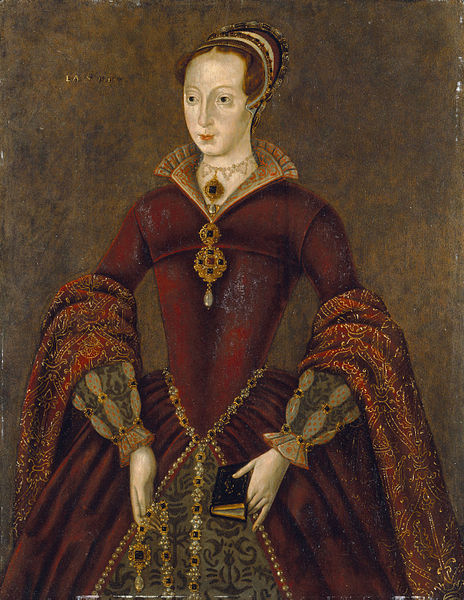 The grandson of Sir Thomas Grey, Henry Grey married Lady Frances Brandon, who was the daughter of Mary Tudor, sister of Henry VIII. After a brief marriage to the King of France, Mary wed Charles Brandon and had three daughter by him, Frances being the oldest. Henry and Frances likely moved to Bradgate in 1538, around two years after Jane’s birth. Jane spent much of her childhood in Leicestershire. 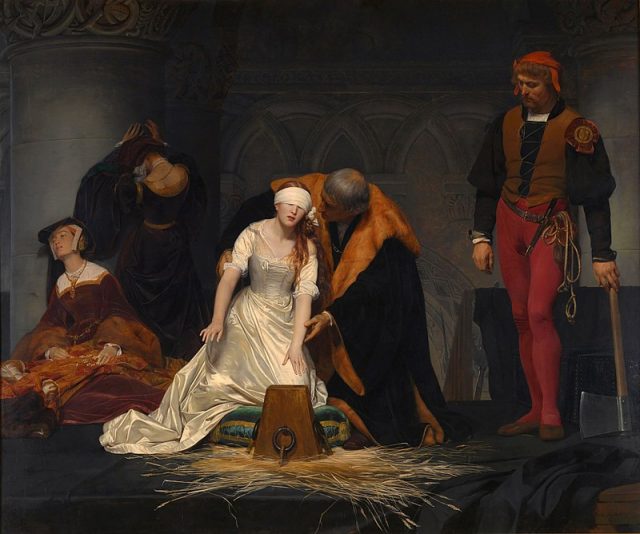 The execution of Lady Jane Grey by Paul Delaroche, 1833

It was not a happy childhood, however. Jane was considered a brilliant scholar, studying Latin, Greek and Hebrew and becoming fluent in French and Italian. But her parents were known to beat her and when she was fifteen, they forced her against her will to marry. The bridegroom was Guildford Dudley, a son of John Dudley, Lord Protector of the young King Edward VI, son and heir of Henry VIII.

Edward was sickly, and Dudley was determined to flout the will of Henry VIII, which ordered that Edward would be succeeded by his sisters, Mary, a Catholic, and then Elizabeth. When Edward died on July 6, 1553, Dudley declared his daughter-in-law, Jane, the Queen of England. She was a devout Protestant and a direct descendant of Henry VII. But popular support flocked to Mary, and after nine days Jane was thrown into prison along with her husband.

Jane had not personally conspired to become queen, and after her reign, she wanted to return to private life. However, Mary feared Jane would become a focal point to the Protestant supporters of her Catholic restoration. Jane was condemned. She and her husband went to the block on February 12th, 1554.

It is said that on the scaffold, Jane tied her kerchief round her eyes, blindfolding herself, and felt for the block saying, “Where is it?” One of the onlookers guided her to the block where she laid her head down, and stretched out her arms saying, “Lord, into thy hands I commit my soul.”

She was just sixteen.