A massive gold nugget has been found by a lucky Australian prospector. There may be no riskier profession than prospecting, hunting for valuable minerals and ore in hills, valleys and rivers. It’s risky in every sense; it’s hard on the body doing all that climbing, digging and panning. And it’s definitely hard on the soul, because the odds of striking it rich are, as the saying goes, slim to none.

The vocation of prospecting – and that is surely what it is, considering the hardships and the odds – is one that attracts a certain kind of individual, one who can handle great stress, and who seldom listens to reason. Prospectors often go their whole careers without making a significant find. But they do it for the possibility of getting rich as much as they do it for the reality of getting rich.

A prospector can go from being dead broke to being rich beyond his wildest imaginings overnight, and therein lies the allure. It has even happened that they get so feverish over their dreams that they “invent” rich veins of great value in order to talk investors into pouring more and more money into their scheme, because they can’t bring themselves to stop digging. Or panning. Or climbing. 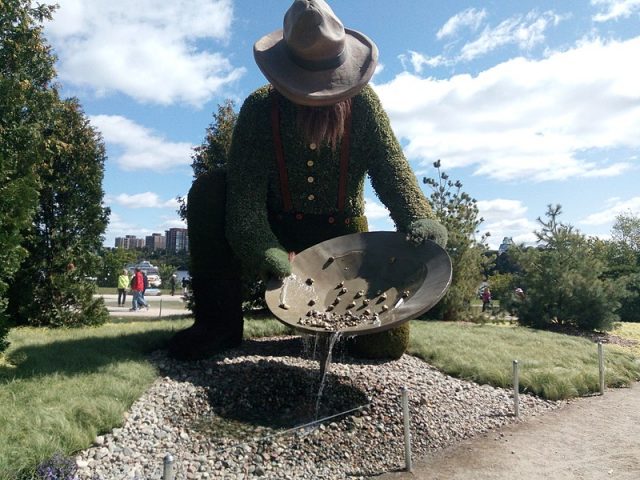 Fortunately for one anonymous prospector in Australia, a retired man, not listening to reason was precisely the right thing to do. He was digging for gold near Victoria, in a place which is now “top secret”, and his instincts told him there was something below his first find, an old bullet.

His instincts plus his metal detector made a formidable team, and the combination led to a discovery of gold nugget that weighed two kilos (about 4 and a half pounds) and was so big it covered the palm of his hand. It’s little wonder he decided to withhold his name from the media that descended to cover the story. 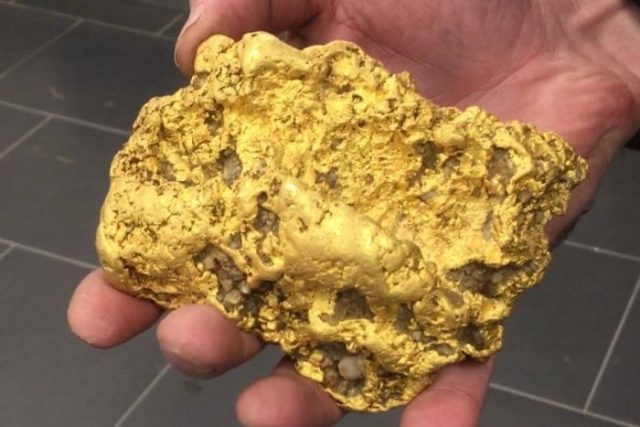 According to Mark Day, who works at Gold Ballarat, the former gold rush town, the gentleman came into his shop looking a little dazed, confused and worse for wear. He was nervous and sleepless, but claimed he’d made a major find. It turned out the gentleman was not exaggerating, Day told Channel 9 News, of Sydney. “I told him I wasn’t a buyer, and asked him what he meant by ‘big.’ He said, ‘two kilos,’ and I said, ‘you’ve got to be kidding!’” But as it happened, the man was definitely not kidding. But the discovery left its mark on the prospector, Day said. “When he showed me the nugget here in the store,” he explained, “he was shaking like a leaf. He hadn’t slept in three days.”

Gold buyers starting lining up instantly to buy the prize, some offering as much as $160,000 (USD). Day is still shocked by the size of the gold treasure. “I’ve been in this business for 25 years, he marvelled, “and this is the biggest find we have seen by one of our customers – that they’ve told us about, anyway.”

Related Article: New Study on the Origin of Gold has Astronomers Excited

Who the find ultimately went to wasn’t known at the time of this writing, but one thing was certain – the anonymous prospector did not rest on his suddenly-rich laurels; he bought new equipment and headed out to start digging again. “He certainly thinks there’s more gold out there,” Day confirmed. “And after this, who can say he’s wrong?” But chances are he won’t be digging in isolation; after the attending publicity that came along with his discovery, no doubt many prospectors, all with similar dreams, have headed out to Ballarat too.