A farmhouse in Manhattan? When thinking about Manhattan Island in New York one usually thinks of towering skyscrapers, flashing neon lights, trendy housing districts, the New York theater district and some of the most valuable real estate in the nation.  One certainly doesn’t think of farmhouses, but at the corner of Broadway and West 204th street in Upper Manhattan that’s exactly what one would find. 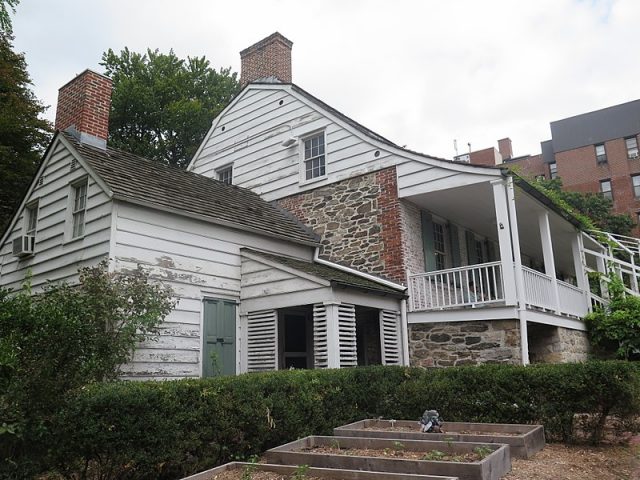 New York and Manhattan Island were originally settled by the Dutch and named “New Amsterdam”.  The area included all of New York City and part of Long Island, New Jersey and Connecticut.  Allegedly in 1626, Dutch governor Peter Minuit purchased the island from the local Native Americans, the Manhattans (an offshoot of the Algonquian tribe) for $26 of trinkets expecting the Indians to relinquish the land. 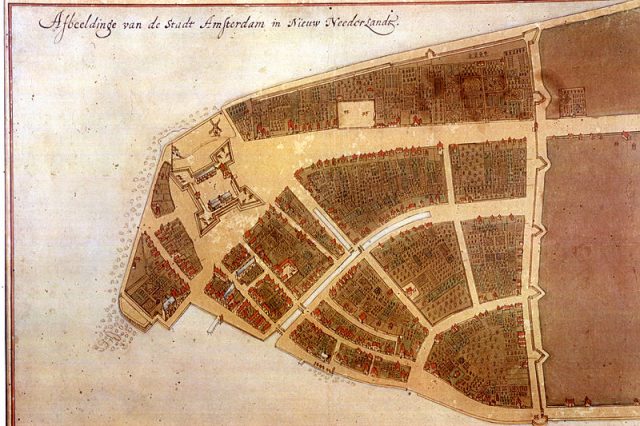 By 1664 the English and taken over New Amsterdam and in 1686 it was the first city to be awarded a charter from the Crown. According to website myinwood, Jan Dyckman arrived in the New World sometime in the 1660s and began buying land.  He acquired two hundred and fifty acres and set up a working farm with a farmhouse, barns, apple and cherry orchards, a cider mill, outbuildings and livestock. 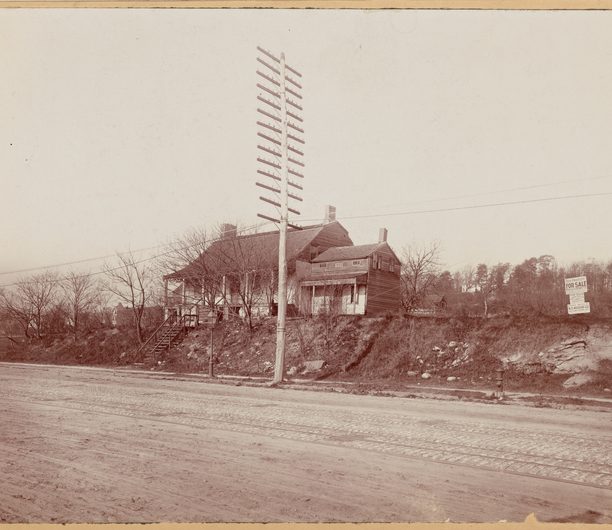 The Dyckman farmhouse in 1895. 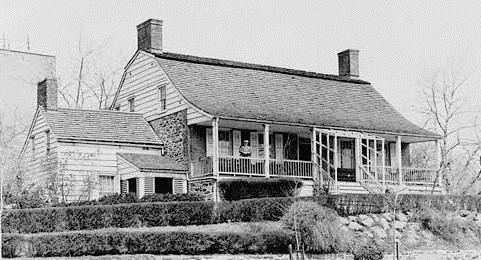 By the time of the American Revolution, his grandson William was in charge of the farm.  When the British occupied Manhattan the Dyckman family was forced to flee to upstate New York. Afterwards the family returned to find their property destroyed.  William immediately started building a new house for his family.

When he died in 1787 the family offered the property for sale but his son, Jacobus, took over and increased the size of the farm.  He stayed until his end in 1832 when his sons Michael and Isaac inherited the farm.  Isaac left a will leaving the homestead to a cousin who was required to change his name from James Frederick Smith to Isaac Michael Dyckman in order to keep the property in the Dyckman name. 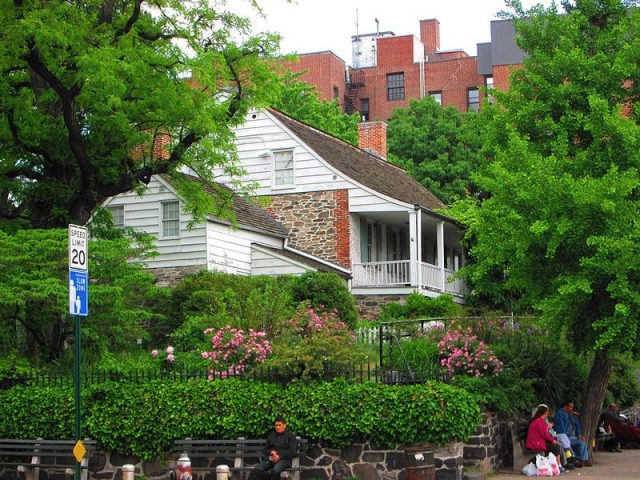 The Dyckman Farmhouse Museum, is the oldest remaining farmhouse on Manhattan island, a reminder of New York City’s rural past. Photo by Beyond My Ken CC by 2.0

Four different auctions distributed about three hundred fifty acres for sale and Isaac Michael distributed the profits between the members of the family Isaac had designated.  When Isaac Michael died the remaining property was sold to his two daughters, Mary Alice Dyckman Dean and Fannie Fredericka Dyckman Welch. By then the house had been used as a rental and had seriously deteriorated. 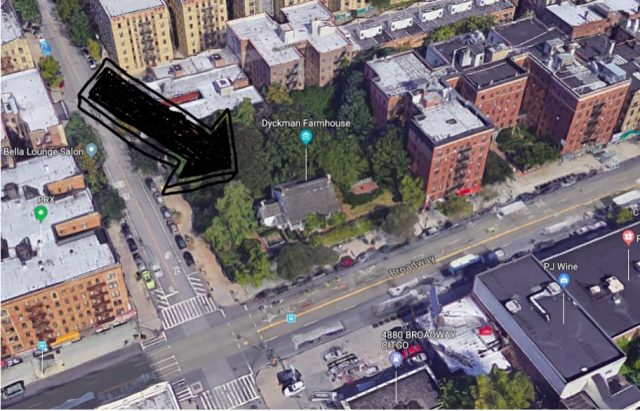 Location of Dyckman farmhouse in Manhattan. Photo from Messy Nessy.

The sisters and their husbands launched a massive restoration project bringing the farmhouse, gardens and property back to life. During the restoration, thousands of relics including pottery shards, parts of stirrups, tableware, horse shoes and a cannon were discovered. 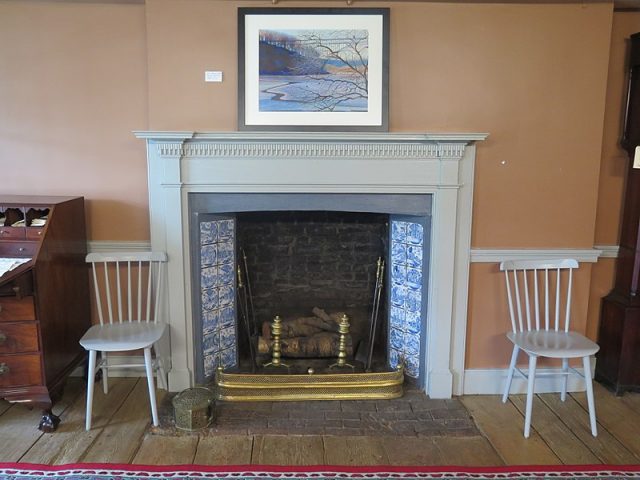 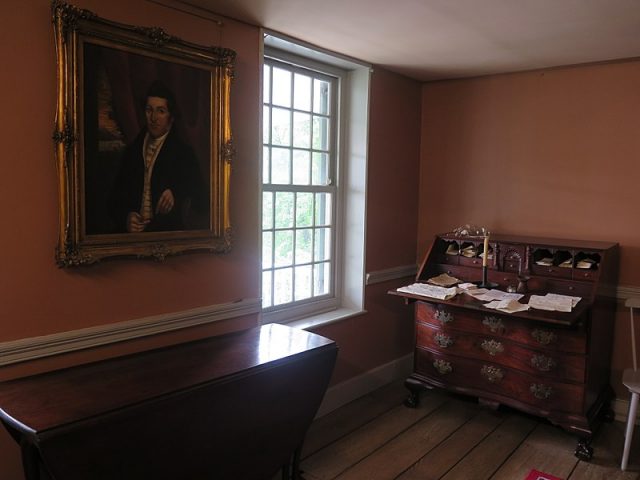 In 1916 the sisters gave the estate to the New York City Department of Parks and Recreation to be used as a museum to house the new discoveries as well as the original Dyckman furniture and belongings to help educate New Yorkers on their common past. 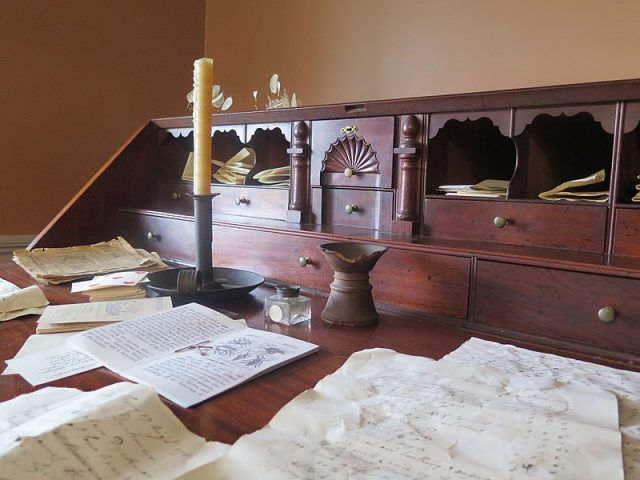 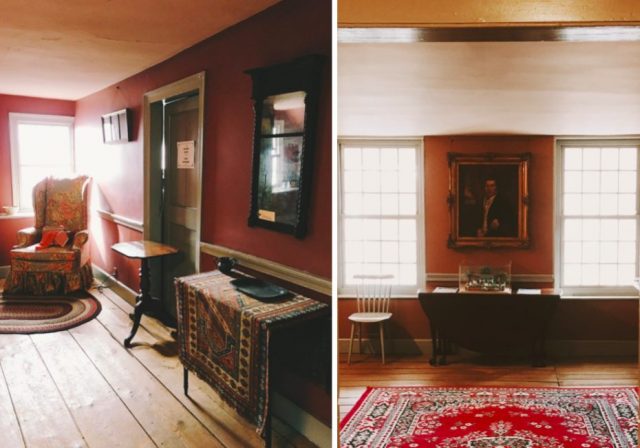 Bashford Dean, architect and the husband of Mary Alice, published a forty six page booklet entitled The Dyckman House Park and Museum giving the history of the area and the family as well as detailing the restoration of the farm which can be read for free on Google Books. 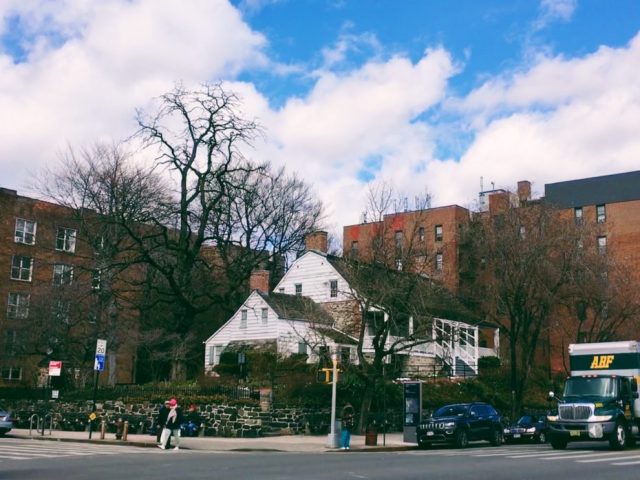 The Dyckman Farmhouse Museum is located in the Northern Manhattan neighborhood of Inwood and is open to the public free of charge but appreciates any donations.  During the winter it is only accessible on Friday and Saturday and in summer and fall it is open Thursday, Friday and Saturday at 11:00 AM.  It is a member of the Historic House Trust of New York City and puts on programs such as yoga instruction, concerts, story times for kids and other educational exhibitions.

There are still reminders of the Dyckman family in the area including Dyckman Street running south from Broadway to 10th Ave near the Harlem River, Dyckman Pharmacy and the Dyckman Street Subway Station. For more info on how to visit please visit Dyckman farmhouse website