For the first time in 14 years, the wreckage of the Titanic has been seen and surveyed. And it’s not a very pretty picture. Of all the stories of man-made disasters, the sinking of the Titanic is one of the most well-known.  The RMS Titanic left on its maiden voyage from Southampton, England for New York City on April 10, 1912. Despite the ship’s size, which was massive for its time, it was fitted out with all the latest technology and safety measures and was widely considered to be unsinkable.

Unfortunately, that belief was shattered, along with the Titanic, herself, just a few days later when the liner had a collision with an iceberg and sank over the course of April 14-15. 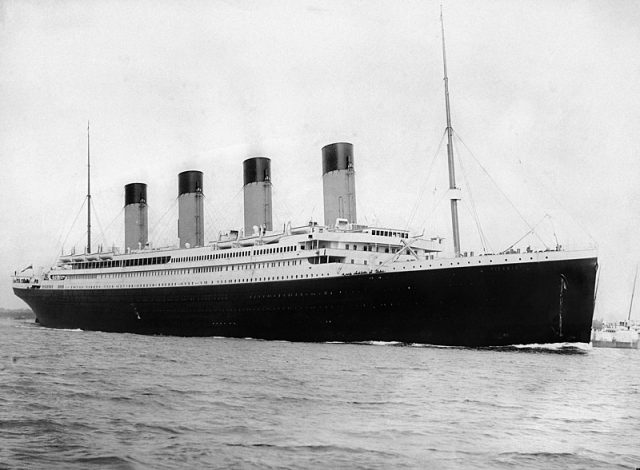 The mighty ship has sat at the bottom of the sea ever since, around 13,000 feet below the surface of the Atlantic.  Along with many of the people, it also brought down many artifacts of the time, and has been has had numerous visits from divers who have brought up many items from the submerged ship, many of which were remarkably well-preserved. That remarkable preservation is reaching its end.

It’s been over 14 years since the last people went down to where the ship lies, according to the BBC.   An international team of deep-sea explorers recently made a series of submersible dives down to what remains of the Titanic.  What they found was that, although much of the ship is still in reasonably good shape, parts of it are being steadily reclaimed by the sea.

Atlantic Productions are pleased to announce they have recorded the first ever 4K images of RMS Titanic for a new Documentary. The images reveal the state of the wreck on the first manned dive for 14 years. #titanic pic.twitter.com/oxuEugs2N6

The worst damage is reported to be on the starboard side of the officers’ quarters.  Parks Stephenson, a Titanic historian, said the entire deck house on that side of the ship is collapsing and taking staterooms with it.  He said that the decay will only continue to progress. In addition to the officers’ quarters, other areas were also reported to be suffering from increasing damage, such as the bow of the ship (Think of the “I’m king of the world!” from the movie.), which is being eaten away by bacteria.

The damage is being caused by erosion from the salt water, metal-eating bacteria and strong ocean currents. It’s not too surprising that the hulk is being broken down, since it’s been there for over 100 years.

The site, some 370 miles off the coast of Newfoundland, was discovered in 1985 and the first salvage expedition occurred two years later. The last time it was visited by humans was in 2005 when two submersibles went down to the wreck.

These most recent dives were undertaken to get film footage of the Titanic, which will be used for a National Geographic documentary, according to the Today show, and also to develop computer imagery to make 3-D models of the ship.  One of the things the models will do is to allow experts to make their best projections about how long it will likely take before the wreckage is consumed completely.

Check out the footage below captured by Atlantic Productions of the state of Titanic today:

Scientist Lori Johnson says it’s a natural process.  There are several different kinds of bacteria working in symbiosis and slowly eating the Sulphur and iron in the structure. The fact that there are several strains working together means that the decomposition happens faster than if there was only one type of bacteria doing the work.

Scientists used the expedition as an opportunity to study the sorts of organisms that live on the wreckage, despite the dark, the tremendous pressure of the water, and the freezing temperatures. The bacteria living there consumes the metal, creating ‘rusticles’, which are the stalactites of rust that can be seen hanging off the ship.

The rusticles are much more fragile than the previous form of the metal, and can crumble away quite easily if they’re disturbed, causing the erosion. The scientists were studying the ways that different types of metal erode under deep-sea conditions, which, along with the computer models, will help give them an idea of how much longer it will be before the ship is completely broken down.

People involved with the dives have said that it’s important to document the state the liner is now in, since what remains of it is the only thing left to bear witness to the terrible tragedy the wreck represents.