Ancient scrolls dating from the Mt. Vesuvius eruption are fragile things. Even more so when they’re rolled up like the morning newspaper. How do experts go about straightening them out – in a virtual sense – and reading their long-buried secrets…?

Experts from the University of Kentucky’s Digital Restoration Initiative appear to have found the answer. Or at least they’re on the right historical track. Harnessing light so strong it’s been described as “10 billion times brighter than the sun” (CNN), the team hope to read the rolled-up scrolls of Herculaneum.

Hercaulaneum was a Roman town, and its documents laid buried in a villa for 2,000 years. Like any old texts, they’re a little dusty. In fact that’s an understatement. The Herculaneum scrolls were toasted when Mt Vesuvius erupted in AD 79. The precious papyrus wasn’t discovered by more modern civilizations until the mid 18th century.

Panorama of the excavation at Herculaneum. Photo by Xtreambar (talk) CC by SA-3.0

The process involved travelling to a facility in Oxfordshire, England called the Diamond Light Source or “synchotron”. According to the Diamond website it “works like a giant microscope”, though to the layman it sounds more like an incredibly powerful torch.

Anything scanned by it gets the full synchotron treatment, which “accelerates electrons to near light speeds” creating solar level light that is a whopping 10 BILLION times brighter than the sun. “These bright beams are then directed off into laboratories known as ‘beamlines’,” the site continues. “Here, scientists use the light to study a vast range of subject matter… Whether it’s fragments of ancient paintings or unknown virus structures… scientists can study their samples using a machine that is 10,000 times more powerful than a traditional microscope.” 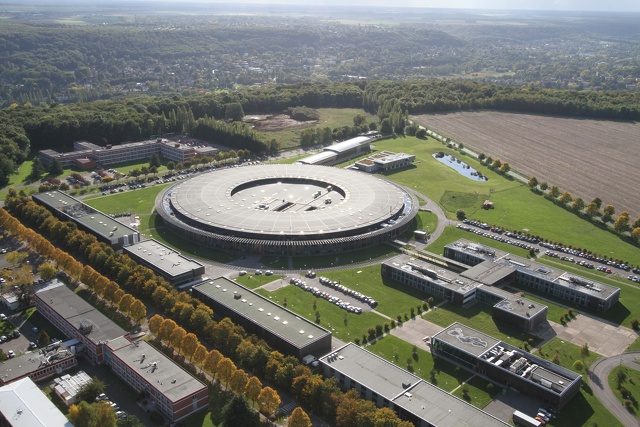 The Synchotron SOLEIL in France. Photo by Washingtonian2015 CC by SA-4.0

Perfect for cracking open charred papyrus without causing any damage! The scrolls are based at L’Institut de France in Paris, with restorers borrowing them for the ground-breaking trip. The Initiative brought 4 page fragments and 2 rolled-up scrolls to be put beneath the synchotron’s glare. 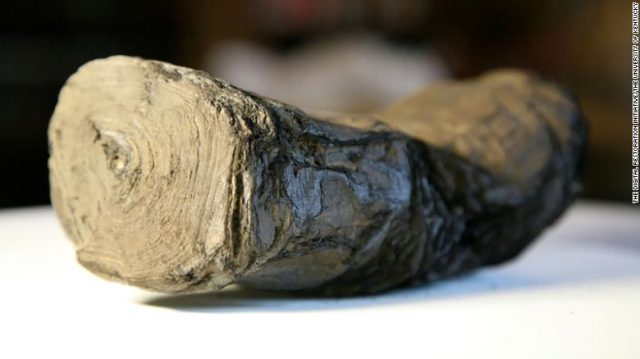 One of the two Herculaneum scrolls from L’Institut de France being scanned at by the University of Kentucky’s Digital Restoration Initiative team.

For team leader W. Brent Seales, it’s the possible culmination of a long-standing passion for papyrus. He’s been investigating ancient and damaged texts for years. Seales previously attempted to read the scrolls between 2005 and 2009. The Octavian Report wrote in 2016 that “Seales and his team labored in concert with a French antiquarian to develop images of the text hidden within the scrolls. 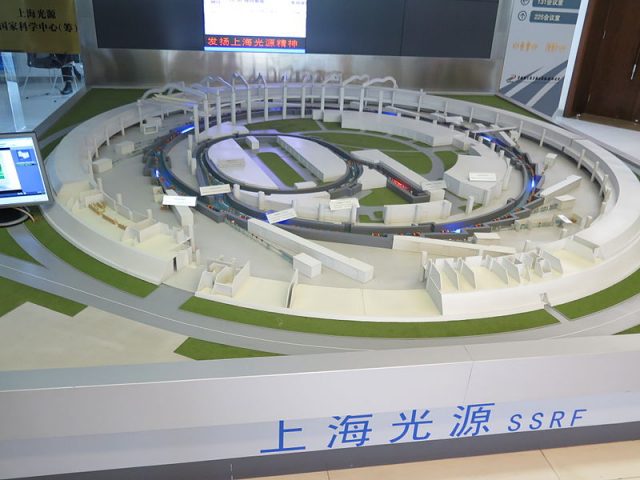 Model of the Shanghai Synchrotron Radiation Facility. Photo by Galaxyharrylion CC by SA 3.0

But in 2009 they faced a major setback. Despite their painstaking efforts, they were not able to generate images with enough contrast to reveal the ink against its physical background.” This latest development has everyone’s fingers crossed.

Now it’s all a waiting game, with the team returning to America and the next phase of the project beginning. According to CNN they “plan to use the single page fragments as a basis on which to train a machine learning program to help discern the differences between ink and papyrus all the way through the countless layers wrapped up in the scroll.”

The reading process itself should take several painstaking months. Should Seales and his peers be able to read the scrolls, who knows what else the synchotron might be used for in the advancement of archaeology…?

Herculaneum wasn’t the only populated area to feel the wrath of Vesuvius. Readers are no doubt familiar with the other location that felt the fiery force of nature and was left in ruins… Pompeii.

The big question is, having gone to all that time and effort, what will the scrolls reveal? Speculation ranges from a Christian text to a simple shopping list. A connection to Julius Caesar is even thought to exist. Either way, the results should be fascinating.

Related Article: Frozen in Time: The Citizens of Pompeii Fossilized by Volcanic Ash

It takes some going to overcome the power of a natural disaster like Vesuvius. But it seems modern technology is salvaging the remains of humanity from these legendary disaster zones. In this particular case, the laser is truly mightier than the sword…