Many people might enjoy the idea of living in a medieval house for sale that dates from the fifteenth century but think they would have to move in order to do so. That isn’t necessarily the case, however. For about $122,000 the right buyer can purchase one in a convenient, Ikea-style flat pack!

The person selling this unusual home is Colin Mantripp, a master woodcarver. After purchasing the house in the 1980s, he disassembled it and stored it in his barn in Buckinghamshire, England. According to Ancient Origins, Mantripp says he feels more like its custodian than its owner. 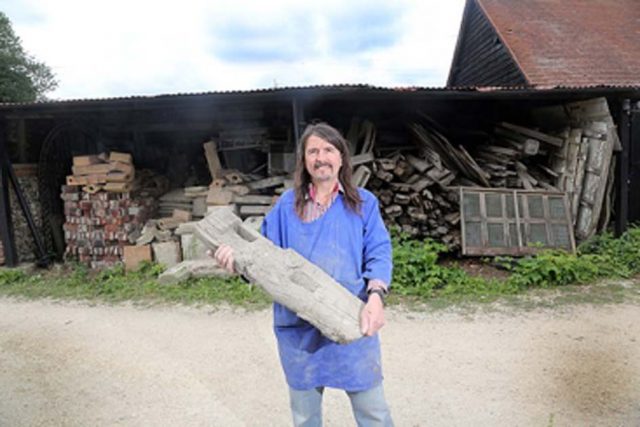 Master woodcarver Colin Mantripp with a piece of the flat-pack medieval home assembly. Check out his studio Lillyfee

Mantrip has his own studio, Lillyfee, and does woodwork ranging from architecture and structural work to crafting fine furniture and sculptures; he’s done work in the past for the likes of Mick Jagger and Elton John. The Daily Mail reported that he always thought he would reconstruct it himself, although he never found the time. That’s not really a surprise, given all the work that he does.

Likely the home of a merchant, based on the quality and size, the medieval house for sale was originally built in the late 15th century on Edward Street, Westbury, Wiltshire. The building is pretty expansive, having about 4,500 square feet, and is two stories tall. It’s a timber-framed structure with plaster and brick added over the years. It was unexpectedly discovered in 1982 during a demolition project. 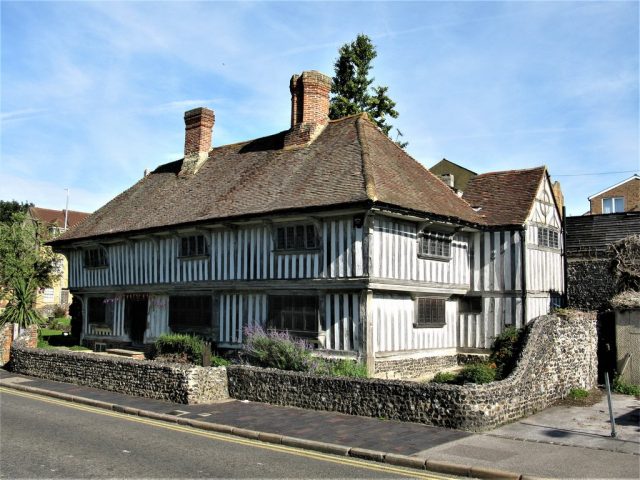 The estate it sat on was purchased by the Duke of Sutherland in 1919. He sold it to J. Paul Getty in 1959. In 1980 it was sold again, this time to Stanley J. Seeger, who commissioned Sir Geoffrey Jellico to redesign parts of the garden and park surrounding it.

Seeger planned to bring the dwelling back to life on the grounds of Sutton Place and use it to hold his art collection; instead, he ended up selling it to Mantripp, who was originally commissioned to build picture frames and furniture for Seeger. Mantripp dismantled the house and took it to his home. He describes the house as being like the ultimate Lego kit. The five bedroom, five bath home has a wood frame and roof timbers. 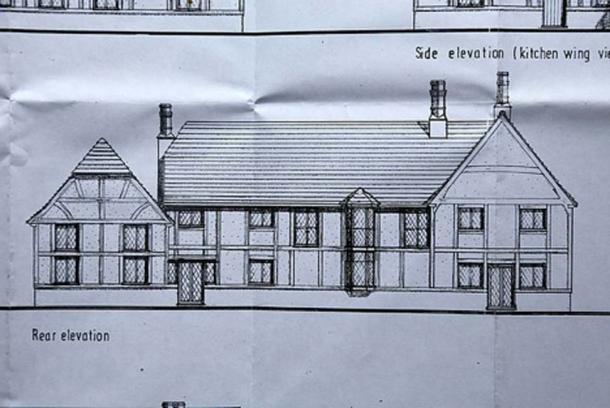 Plans for the flat-pack Medieval house

It also includes a large Venetian window and the original stone fireplaces and doors. Not uncommon at the time, the house was designed so that it could be moved by removing the plaster and lath walls and the roof tiles, lifting the floorboards, and then removing the oak pegs that hold things together, allowing it to be broken down.

English Heritage noted that if the original medieval house for sale had been discovered sooner, it may well have been erected “for retention in situ” and perhaps made a Grade II listing on the grounds that there are so few houses of this age and type still standing. Steven Hobbs, a retired archivist from the Wiltshire & Swindon History Centre, notes that the home is significant in that wooden structures from the time are mostly gone, according to the Daily Mail. Hobbs is pleased that most of it was, at least, dismantled and preserved.

Mantripp points out that the building could be used to store books, art, or even cars in the great hall, or could be upgraded with modern materials and go back to being someone’s home, provided they were willing to take on the necessary planning and upgrades to meet building codes.

He’s hoping to quickly find a buyer who’s willing to take the project on, which is why he’s priced it so low.

There are certainly other flat-packed kit homes available for purchase, and some are a third the price of Mantripp’s house, but those kits are generally “tiny houses” of around 300 square feet. If you compare that with this vintage wonder, with its ample size and original fittings, there’s no question it’s a real bargain.

For further comparison, Cobb Farr is presently selling a 16th century house with a Grade II listing that’s located in Stratford-on-Avon. That one is priced at nearly $1.6 million, a radical step up from Mantripp’s asking price.

Rebuilding the house would doubtless be a painstaking and maybe even expensive task, but for the right person, it would present a challenge and an opportunity to own a beautiful and unique piece of history.