A lucky man who bought and then put up for auction a Chinese vase for one British pound was elated to find that it was actually an 18th century imperial vase from the court of Qianlong and was worth a fortune.

He found the vase at a thrift shop in the UK and decided to buy it — for one pound (about $1.25)– solely because he thought it was attractive. (In an interview with the Daily Mail, he asked to remain unidentified.)

For reasons the gentleman did not disclose, he decided to then list the vase on eBay. It garnered so much interest on the online auction site that he pulled it to rethink the sale. Instead of letting the vase go for 10 or 20 pounds, he took it to folks who know a few things about Chinese antiquities.

At Sworders Fine Art Auctioneers in Essex, expert Yexue Li knew immediately she was examining a valuable piece. The vase turned out to be handcrafted in the 18th century for Emperor Qian Long, the sixth emperor of China. The colors and inscriptions confirmed its provenance.

In an interview with the Daily Mail, Ms. Li enthused about the piece, “… it’s culturally important and a beautiful work of art.”

An unusual story is doing the rounds, about a seemingly harmless purchase made online that really struck a goldmine for the buyer. #auction #antiques #antiquevase https://t.co/Gk9gIGxAqy

The auction house handled the sale for the lucky gentleman, and predicted it would fetch as much as 80,000 pounds ($100k). Instead, a heated bidding war got underway, and it ultimately sold for 480,000 pounds ($615k) instead. Asked what he would do with his windfall, the seller told the Mail he would tuck it away to give his daughter a rosy, happy life.

The one-of-a-kind vase is in the colors of the emperor, a bold yellow with rose accents. The yellow is a specific shade created just for the emperor, who died in 1799.  Furthermore, there are two brief quotes inscribed on it — one an imperial poem that exalts incense, and another quote that reads, “be precise, be undivided.” 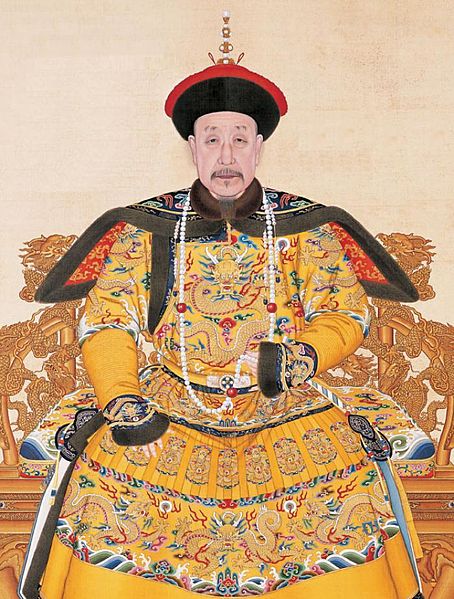 Li knew immediately that the vase was commissioned for the court, as it has a symbol that indicates it was not intended for export.

Li was almost as delighted for the man who brought her the vase as he was. “This has been the perfect auction story,” she enthused to the Mail, “a bargain find, a life changing sum of money for the vendor. He is understandably ecstatic.” The man has said that he will use his newly-found fortune to secure his 3-yr-old daughter’s future.

Wonderful discoveries like this Chinese vase put up for auction are not as uncommon as one might suppose — there are centuries worth of books, crafts, art and other antiques tucked away in homes, garages and storage lockers.

Because books are relatively small in size they are easily hidden, and tales abound of very old editions found in the oddest locations.  In fact, entire books have been devoted to the subject, like “Rare Books Uncovered: True Stories of Fantastic Finds In Unlikely Places” by Rebecca Rego Barry.

In her 2015 volume, she recounts the tale of an American family whose home was about to be seized by the bank for defaulting on the mortgage. In a stroke of good fortune, they came upon a copy of the first ever Superman comic in their attic, and selling it allowed them to hang onto their home.

That is another of those “perfect stories” that Li described — a valuable object found just in the nick of time by someone who needs the money.  They somehow seem more just, more fair, than seeing valuable antiques passed down through generations of one wealthy family.

It’s as though the universe smiles on the less fortunate, somehow, like the gentleman in London who can now see to it his daughter has a comfortable life. All because an Chinese emperor’s vase that was subsequently put up for auction had first ended up in a thrift store in Hertfordshire — as though it was meant to be.