The first Bond girl from France has passed away at the age of 78 in her hometown Paris. Claudine Auger was known to 007 fans from her role as Domino in Thunderball (1965). She played opposite Sean Connery as Ian Fleming’s superspy. Her agency Time Art announced the news, saying the cause was a long illness she had been enduring.

As befitting a “Bond girl”, she was absolutely stunning and she won the Miss France competition of 1958 and was runner up in the Miss World contest of the same year. However to judge her solely by her looks would be a serious error! She took acting seriously, working with eminent French directors such as Jean Cocteau (Testament of Orpheus, 1960) and Édouard Molinaro (1962’s The Seven Deadly Sins). Her first movie, Christine (1958) was directed by Pierre Gaspard-Huit, her first husband. 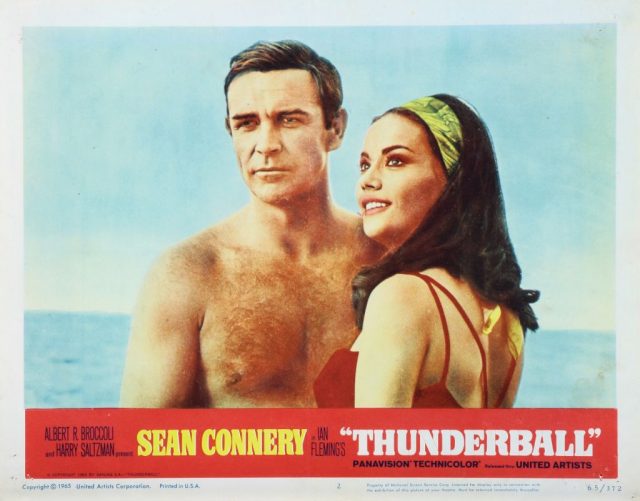 It was while on holiday in Nassau that she was spotted by Kevin McClory. McClory, producer and co-creator of Thunderball, asked her to audition. She made such an impression the part was changed from Italian to French. Having said that, she was dubbed in the finished product by Nikki van der Zyl. 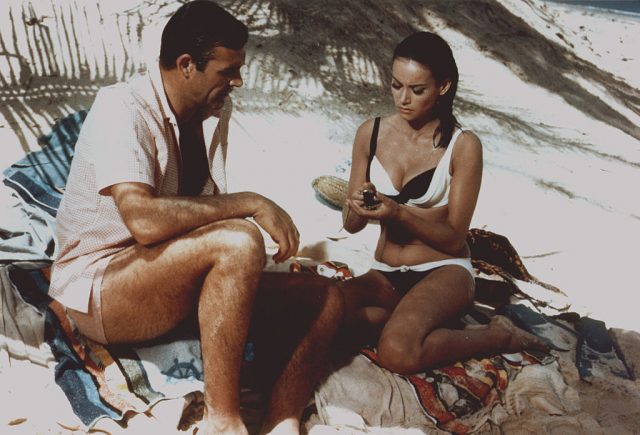 Dominique “Domino” Derval was unlike any other Bond girl until that time. She was a more pro-active love interest for Bond than most and even defected from being a villain to one of the good guys, doing away with her former lover, the elderly main villain in the film Emilio Largo with a harpoon during a dramatic chase. Auger reportedly felt a connection to Domino, due to her involvement with an older man (Huit married her in his 40s when she was 18). 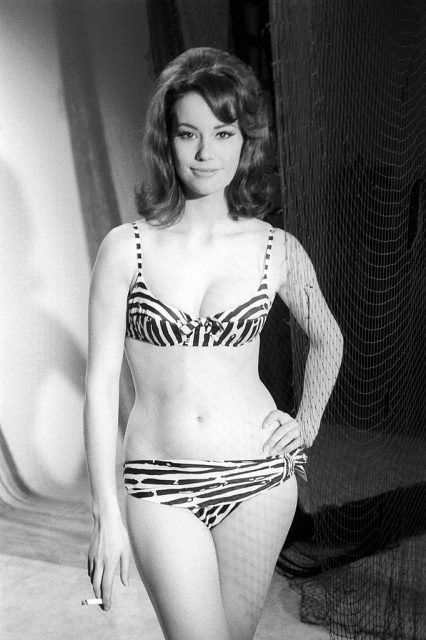 Claudine Auger, who played the part of Domino in “Thunderball”, the fourth 007 movie. She earlier earned the title of Miss France in 1958. (Photo by Mario De Biasi/Mondadori via Getty Images) 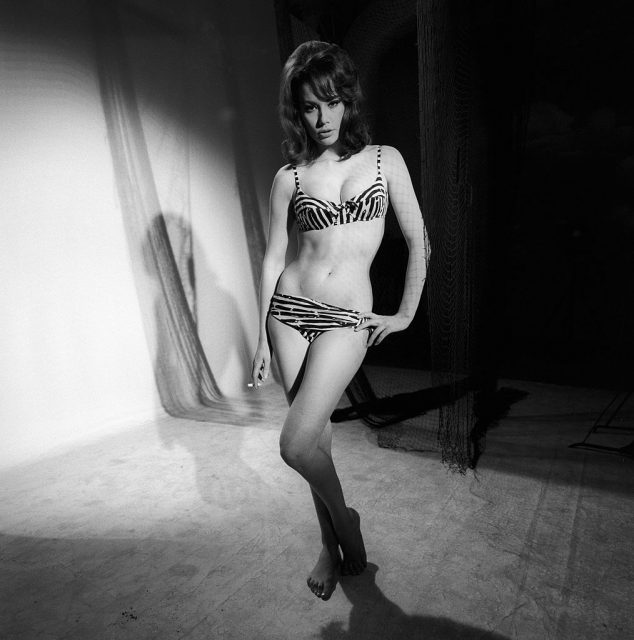 She described her Thunderball experience in surprisingly meaty terms. “‘Bond girls’ were rarely given recognition for their acting talents, with the focus at the time instead being on their physical appearance and swimsuits,” the BBC writes. “However, Auger approached the role as she would if she were ‘playing Molière’ at a prestigious theatre, she told a TV interview in 1965. It was ‘a game, the same thing’.” 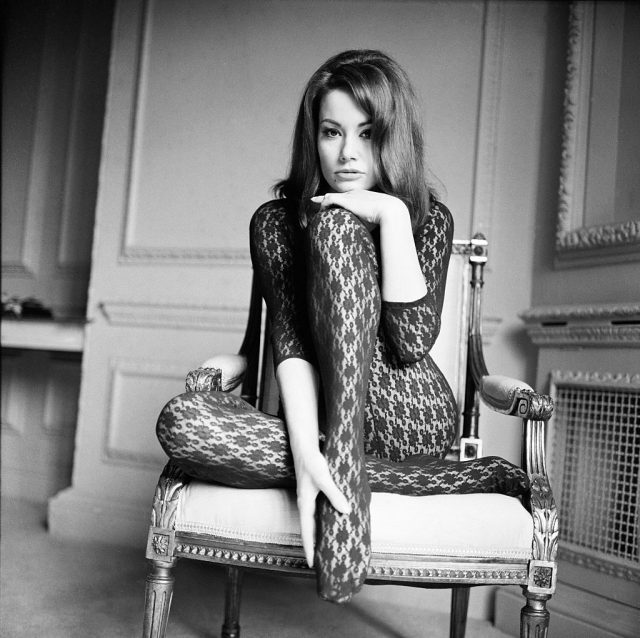 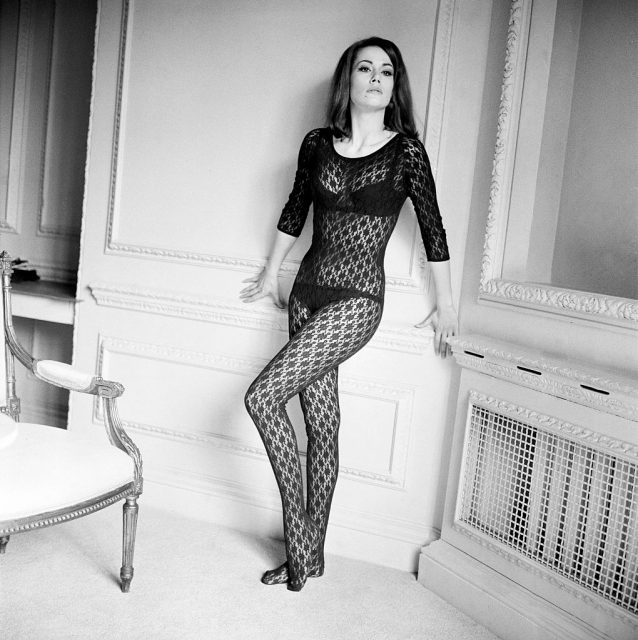 Of course Molière didn’t require actresses to wear bikinis or do their own stunts, but Auger did just that, becoming part of Bond history in the process. Other notable roles included Paulette in the spy movie Triple Cross (1966), co-starring Christopher Plummer and Yul Brynner. That was helmed by Terence Young, who directed her in Thunderball. She also had a successful career in France and Italy during the Sixties and Seventies. 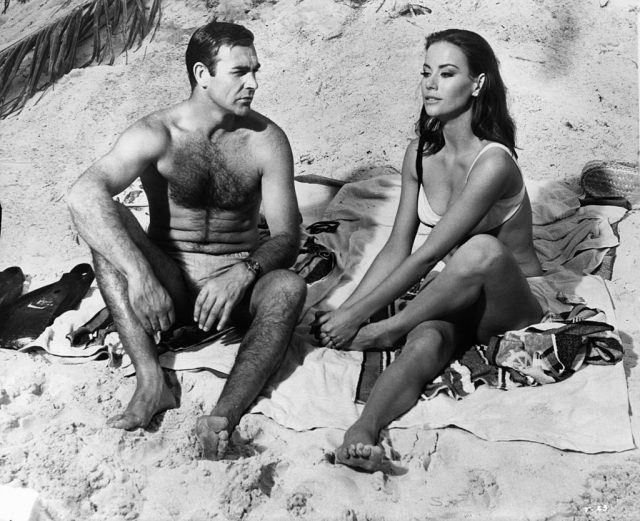 Sean Connery watches Claudine Auger clutch her foot after having stepped on a poisonous sea egg spine in a scene from the film ‘Thunderball’, 1965. (Photo by United Artists/Getty Images)

Anyone Can Play (1968) saw her working alongside Ursula Andress, the very first Bond girl. 3 years later she acted in the Italian ‘giallo’ picture Black Belly of the Tarantula opposite Barbaras Bouchet and Bach. Coincidentally, Bouchet had been in early Bond attempt Casino Royale (as Miss Moneypenny). Bach went on to play beautiful but dangerous Russian agent Anya Amasova in 1977’s The Spy Who Loved Me. Roger Moore had taken on the mantle of 007 by that stage. 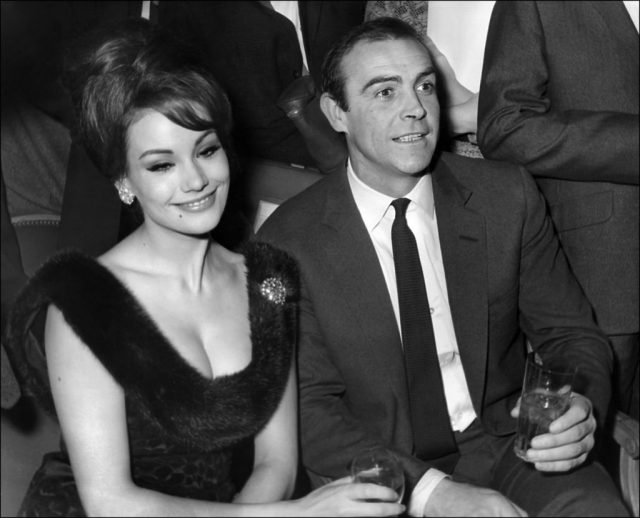 Thunderball was remade as Never Say Never Again in 1983. This was independent of the main film series and was possible because Kevin McClory owned the storyline. Sean Connery returned as an ageing 007 and a young Kim Basinger took over as Domino. 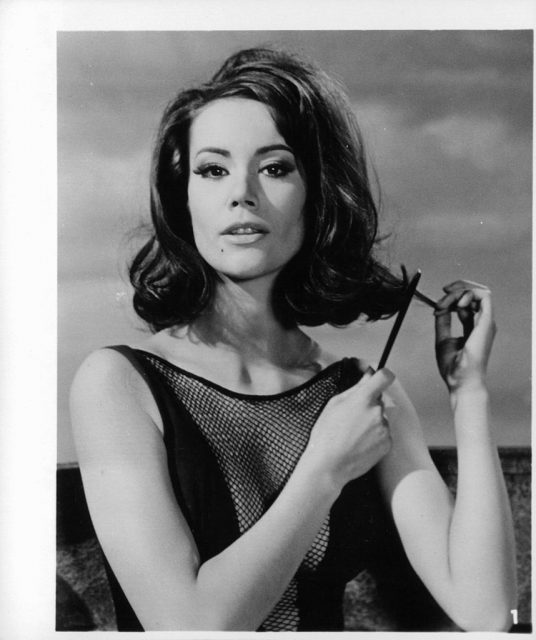 Claudine Auger combing her hair in a scene from the film ‘Thunderball’, 1965. (Photo by United Artists/Getty Images) 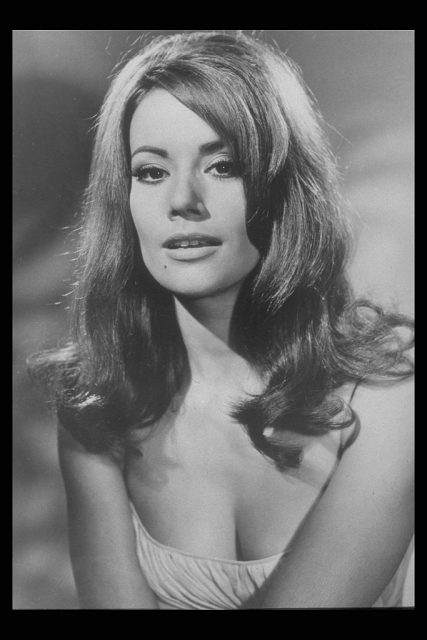 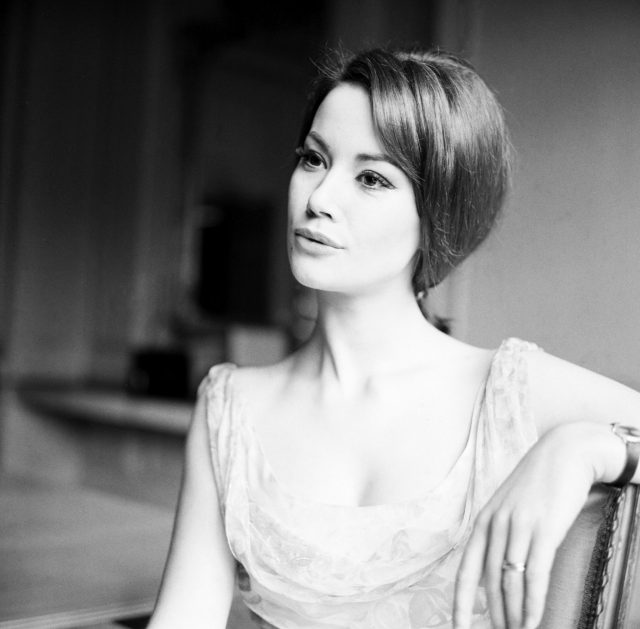 Toward the end of her career she took to the small screen, playing Isadora Klein in The Memoirs of Sherlock Holmes with Jeremy Brett. Her last screen appearance was in Los hombres siempre mienten (1995). 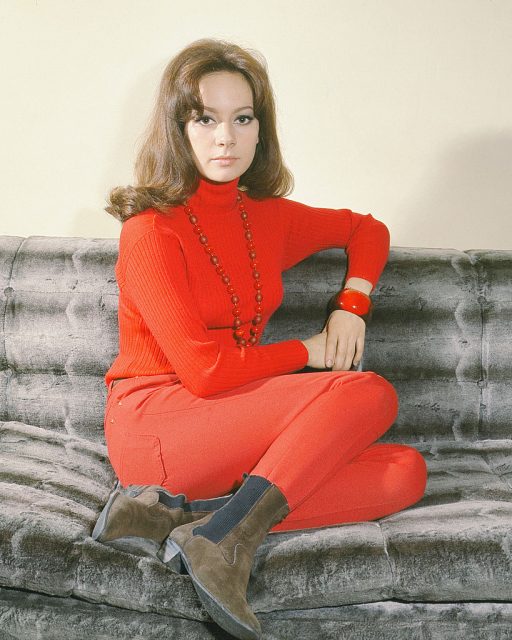 News of Auger’s passing broke just as publicity gears up for the next Bond installment No Time To Die. The 25th Bond movie is Daniel Craig’s last. The landscape for actresses in such offerings has changed in recent years – Craig’s co-stars Léa Seydoux (Dr. Madeleine Swann), Naomie Harris (Moneypenny) and Lashana Lynch (Nomi) are equal to the lead in terms of getting their hands dirty. Lynch’s character is even a ‘00’ and rival to Bond. 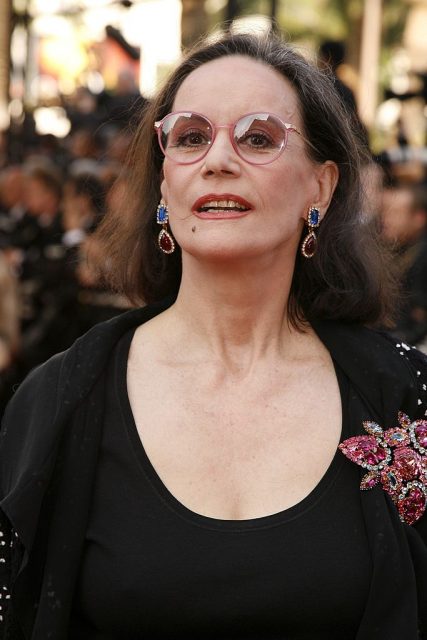 Claudine Auger at the opening of “The Da Vinci Code” in Cannes, France, May 17, 2006. (Photo by Pool BENAINOUS/CATARINA/LEGRAND/Gamma-Rapho via Getty Images)

Phoebe Waller-Bridge has been brought in to work on the script and its female characters, breaking fairly new ground for the franchise. The series isn’t a total “no girls” zone when it comes to production. In the past, Johanna Harwood co-wrote Dr. No – the first official Bond film in 1962 – and From Russia With Love (1963). She also helped adapt Goldfinger (1964). At the top Barbara Broccoli took over production duties from her father “Cubby” Broccoli during the Pierce Brosnan era.

Related Article: Stunning Bond Girl from “Goldfinger” Passes Away at 77

Performers such as Auger may have sizzled onscreen. But they also gave 007’s adventures a dash of female independence, before the idea went mainstream!