A newly discovered Christian church in Ethiopia is changing our understanding of how Christianity spread. Many people know when and where Christianity began, but where and when it began its spread is generally less well known.  According to a report from Smithsonian.com, the discovery of one ancient church in northern Ethiopia suggests that the faith spread to that area pretty early on, possibly one of, if not the, earliest places where Christianity took root.

A group of archaeologists for several different countries recently found what is believed to be the oldest church that’s ever been discovered in Sub-Saharan Africa.  The building is in Beta Samati, in northern Ethiopia, about 30 miles northeast of Aksum, which was the capital of the Aksumite empire.   The empire first came into being during the first century AD, and, being trade-based, spread until it covered a large part of Eastern Africa, as well as part of western Arabia.

After carbon dating items found in the church, the archaeologists who made the discovery determined that the church was built in the fourth century AD.  Just to give some historical reference, that’s about the same period of time that Christianity was first legalized by the Roman Emperor Constantine, and Rome was some 3,000 miles distant from Aksum. 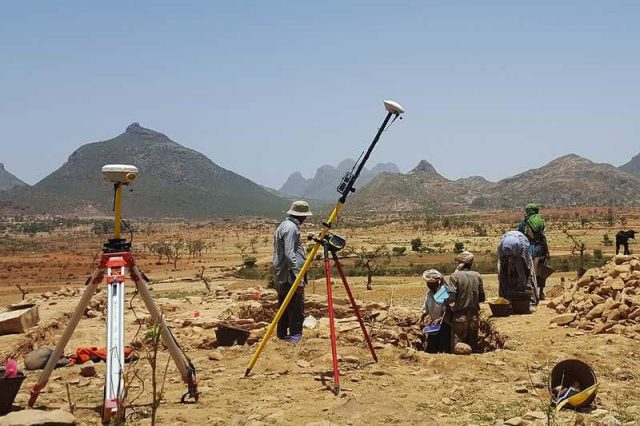 The Aksumite empire acted as a point of connection between the Roman, and eventually the Byzantine, Empire, and points south, which would have made it part of an extremely long series of trade routes. Traders and other travellers would have passed through the area from a wide range of places, which is the best explanation for how and why Christianity made it there so quickly; despite that fact, not much is actually known about the Aksumites. 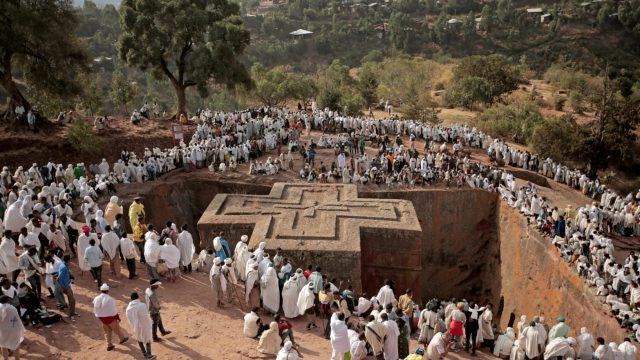 It is known, however, that King Ezena converted the empire to Christianity in the middle of the fourth century, and this church would have been built shortly after that. The building is quite large, being about 60 feet long and 40 feet wide, reminiscent of the style of an ancient Roman Basilica.

Many artifacts of both a secular and religious nature were found inside the structure, including crosses, animal figurines, stamp seals, and tokens that were most likely used for trade.  They even found one gold ring, which suggests Roman influences, and a stone pendant with a cross on it.  On the whole, the items they discovered suggested a mix of Christian and pre-Christian beliefs, as would be expected early in the spread of the faith. 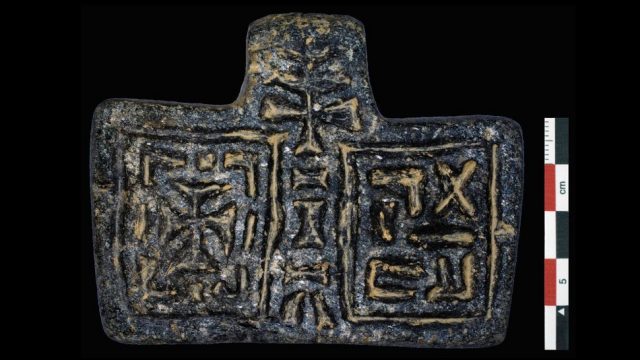 A stone pendant with a cross and the term “venerable” in Ethiopia’s ancient Ge’ez script found. (Ioana Dumitru)

The Aksum Empire remained a powerful force until the eighth and ninth centuries, when it began to crumble, ultimately shrinking until it only continued to control northern Ethiopia.  Despite that, the Christian faith remained strong in the area even when Islam began to spread into the area.  By the sixteenth century, the region was beset by invaders from Somalia and the Ottoman Empire, but despite that, remained Christian.  Even now, nearly half the country identifies themselves as members of the Ethiopian Orthodox Tewahedo Church. 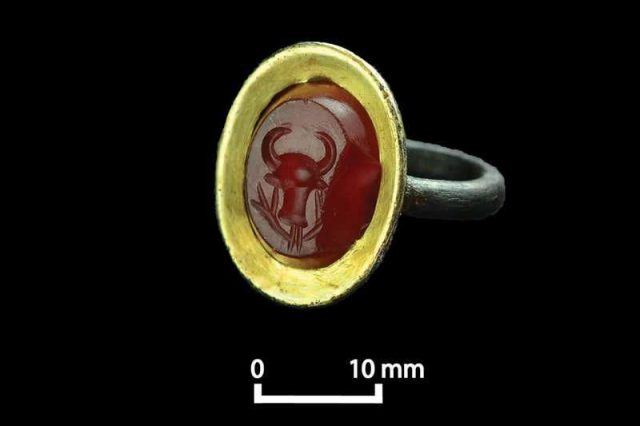 There are many other old, if less venerable, Christian church in Ethiopia, many of which date from the Medieval period.  Eleven of them are in the town of Lalibela, and are remarkable for the fact that they have been built underground.  The town is in the mountains, and its churches sit at the bottom of square pits that are sometimes 40 or 50 meters deep.

The buildings have openings that have been chiselled into a cross shape to let daylight into the interior, which has been carved out of the solid stone.  Those churches are significantly younger than the one found at Beta Sameti, and there are several ideas about how they came to be built.

The two most widely-held theories are that they were either built by the Knights Templar, or that they were constructed at the order of King Lalibela, who wanted a way to welcome Christians to his “new Jerusalem”, after he made a visit to the holy land. Some of the faithful even assert that the churches were carved by a team of angels at Lalibela’s command.

There isn’t a great deal of concrete evidence to support any of the theories, but one thing is very clear; the claim of Ethiopia with this Christian church that it is the oldest “official” Christian country in the world could possibly hold some weight.

« Sultry French Bond Girl Passes Away at 78 – The Beautiful Claudine Auger in Photos
Study: Without Grandmothers, Humanity Wouldn’t have Survived »