Without grandmothers, human evolution would have been quite different! They’re an important part of any family, but a scientific study shows that grandmothers have actually shaped the destiny of humankind.

How so? It all boils down to the “grandmother hypothesis.” This was devised by anthropologist Kristen Hawkes in 1997. She’s the senior author of the study published by the Royal Society (together with fellow anthropologist James E. Coxworth and mathematical biologist Peter Kim).

The hypothesis focuses on menopause, a powerful change where – put as simply as possible – an older woman’s menstrual period stops and she can’t have children. Interestingly, while humans undergo this process, the primate world to whom we’re related doesn’t. Menopause is a general mystery that scientists have been trying to solve for centuries. For Hawkes, grandmothers are the key. 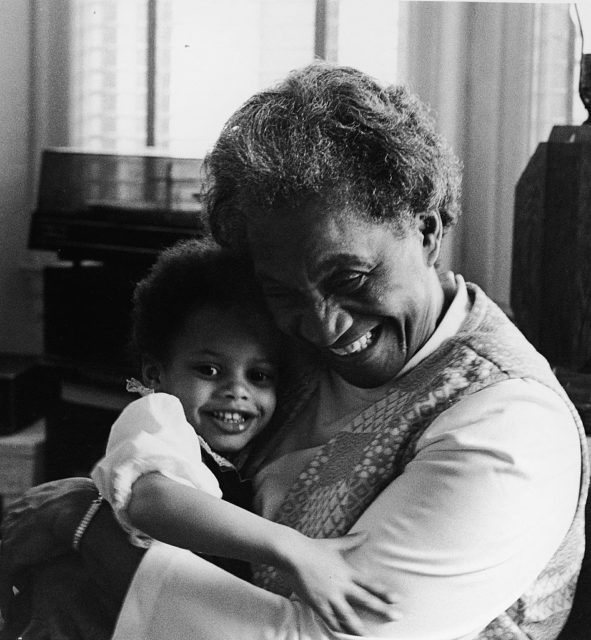 Portrait of a grandmother smiling as she holds a young girl in her lap, circa 1972. (Photo Credit: Frederic Lewis/Archive Photos/Getty Images)

Quoted by Smithsonian, she explains “if a mother gives birth and already has a two-year-old child, the odds of that child surviving are much lower, because unlike other primates, humans aren’t able to feed and take care of themselves immediately after weaning.”

Here the grandmother steps in to provide valuable support. “The mother must devote her time and attention to the new infant at the expense of the older child. But grandmothers can solve this problem by acting as supplementary caregivers.” This reliance on grandparents has been a staple element of family life for generations, however, it seems the contribution they make is more vital than most people realized! 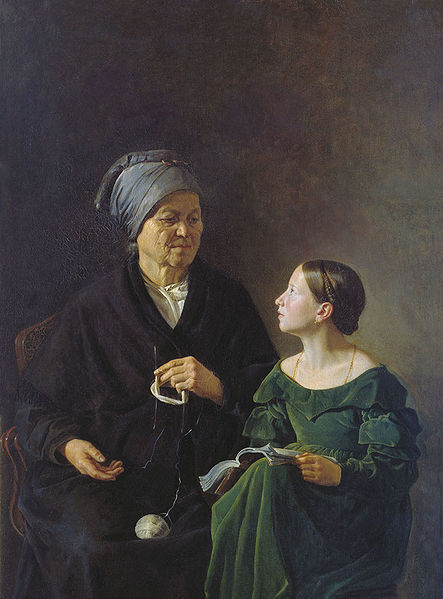 Hawkes and her colleagues’ new research brings the two sides together, outlining how grandmothers lead to “Increased longevity.” This is demonstrated via a computer simulation.

The study concerns “a formal simulation in which life spans similar to those of modern chimpanzees lengthen into the modern human range as a consequence of grandmother effects.” In other words, a virtual species was invented, with menopause and grandmothers added to see what would happen to its development, with impressive results. 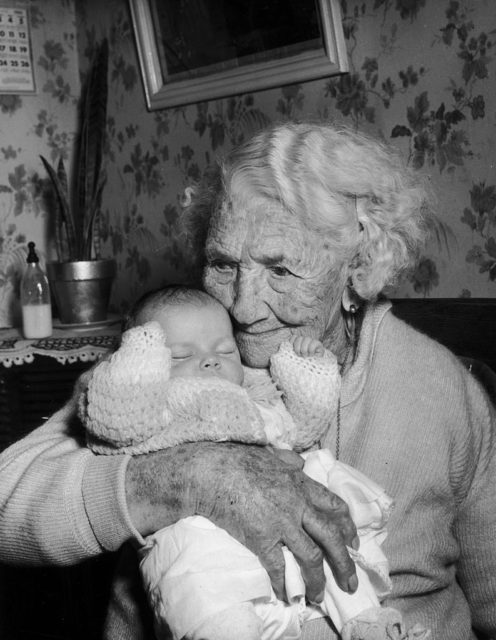 circa 1955: An elderly woman holds her newborn grandchild to her chest while sitting in her living room (Photo by Harold M. Lambert/Lambert/Getty Images)

Normally a female chimpanzee would be lucky to make it past 45, certainly in the wild. The end of childbearing usually means the end of life. Hawkes and co gave nature a slight tweak by turning 1 percent of their simulated group into super chimps, i.e. with increased lifespans and, of course, the ability to go through menopause.

“Over the course of some 60,000 years,” Smithsonian writes, “the hypothetical primate species evolved the ability to live decades past their child-bearing years, surviving into their sixties and seventies, and eventually 43 percent of the adult female population were grandmothers.”

According to Hawkes, “Grandmother effects alone are sufficient to propel the doubling of life spans in less than sixty thousand years.”

There’s also the social aspect to consider. As well as nurturing offspring and taking the weight off parents’ shoulders, grandmas encourage a greater level of interaction than the simple kind between mother and baby. With other children to take attention away from a particular individual, that child then has to find other ways of getting what they need.

Hawkes says, “If you are a chimpanzee, gorilla or orangutan baby, your mom is thinking about nothing but you. But if you are a human baby, your mom has other kids she is worrying about, and that means now there is selection on you—which was not on any other apes—to much more actively engage her: ‘Mom! Pay attention to me!’”

More from us: 13 Celebrity Couples Who Make Us Believe in True Love

From this comes a “foundation for the evolution of other distinctly human traits, including pair bonding, bigger brains, learning new skills and our tendency for cooperation.” Grandmothers are seen as comforting figures, but if this study is to be believed it could be they’re keeping people from each other’s throats!

This certainly puts a new spin on grandparenting. When it comes to the future of the human race, the older generation don’t monkey around…