Dick Van Dyke turned 94 on December 13th… and it seems he needed no help blowing out those birthday candles. The media spotted him on his birthday on a Malibu errand run, where Van Dyke appeared scruffy, in a faded sweatshirt and sweatpants, pushing a shopping cart around, but still full of life. Or at least a health smoothie, which one eyewitness described to the Daily Mail as “some kind of green juice”.

“At his age you would assume he would have an assistant or helper running around,” the eyewitness said, “but no, he looks determined to do it all, and with a smile on his face. After he was done grocery shopping at Ralph’s, he paid a visit to the Vitamin Barn… He was sort of singing to himself as he walked out, it was cute.” Green smoothies from the Vitamin Barn are an integral part of Van Dyke’s current life.

Strangely enough, this echoes director Rob Marshall’s previous sighting of the star in the very same place. According to Marshall, who spoke to the New York Times, “he was literally dancing up and down the aisles while he was shopping.” In an interesting twist, Marshall wound up directing last year’s Mary Poppins Returns.

Another remarkable thing about him is that at 94, Van Dyke is still driving.  He owns an Infinity Sedan which he drives himself. His zest for life and eternal youthfulness is also apparent in that he got married in 2012 to a much younger woman, makeup artist Arlene Silver, who is over 40 years younger than him. According to Parade magazine, he said: “one of the smartest movies I’ve ever made. She’s very mature for her age, and I’m very immature for my age, so it’s about right!” 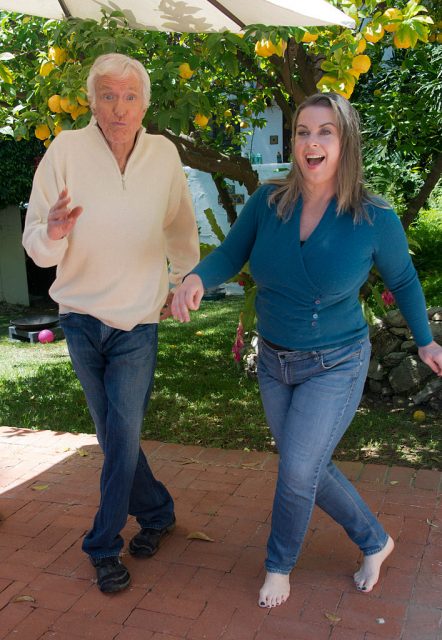 The veteran entertainer returned to the Disney fold as Mr. Dawes Jr, son of the frail banker he played in the 1964 original. Of course Van Dyke had also portrayed Bert, the chimney sweep with the world’s worst Cockney accent. “I’ve taken it on the chin for 60 years about my atrocious Cockney accent in the first movie,” he told the Times. “No one has ever forgotten it. Because of that, they had a language gal almost handcuffed to me. She made me sound pretty good. They won’t laugh at me on this one.” 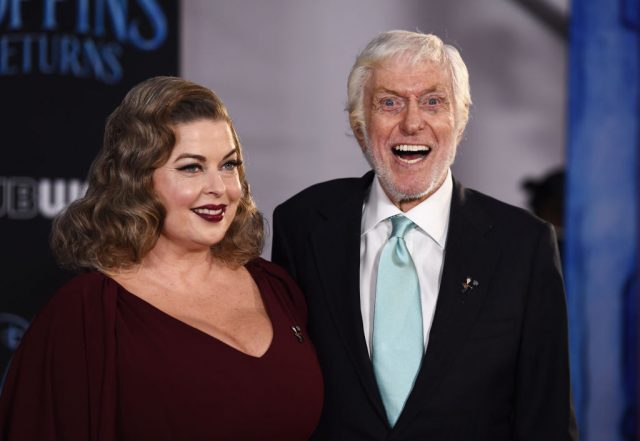 It was just one highlight in a career that’s spanned the best part of a century. Van Dyke was born in West Plains Missouri, 1925. Mother Hazel Victoria was a stenographer and father Loren Wayne a salesman. The young Dick almost became a man of the cloth, but drama class steered him onto the chosen path of entertainment.

As mentioned on his official website, “he wrote, ‘I suppose that I never completely gave up my childhood idea of being a minister. Only the medium and the message changed. I have still endeavored to touch people’s souls, to raise their spirits and put smiles on their faces’.” 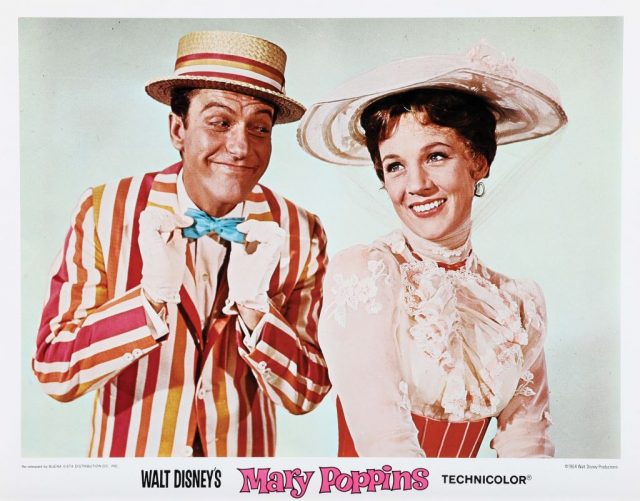 He was already pretty experienced by the time fame found him. Having set his sights on those bright lights “He went on to do it all” says the Times. “He was one-half of a touring mime team, a television announcer, a radio disc jockey.” Gower Champion, director and choreographer, noticed his “rubbery-legged agility” and put him on Broadway in ‘Bye Bye Birdie’. 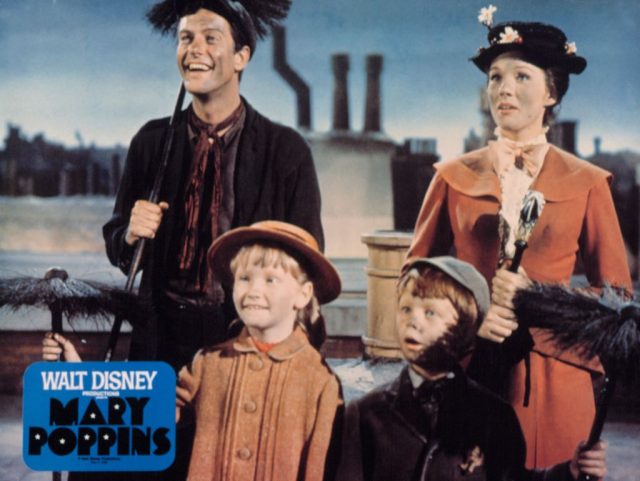 Van Dyke didn’t think he could dance, but soon learned he could. He made his TV debut on smash hit The Phil Silvers Show and starred in his own self-titled program that ran between 1961 – 66. A revival called The New Dick Van Dyke Show was filmed between ‘71 and ‘74. 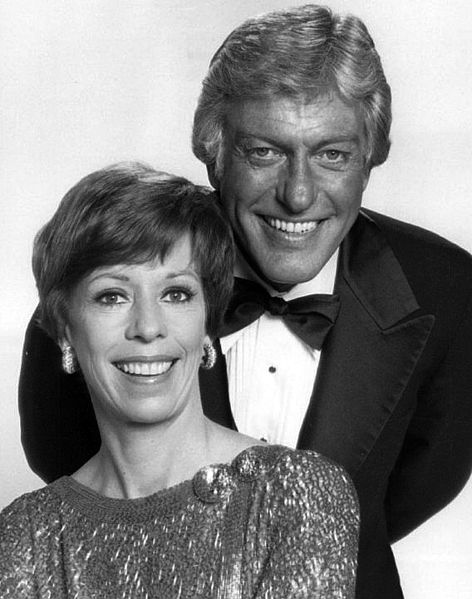 He divided his time between the big and small screens. Notable movie roles include Caractacus Potts in Chitty Chitty Bang Bang (1968) and Carl Reiner’s The Comic the following year. He wasn’t afraid to show his dark side as a murderous photographer in Columbo episode Negative Reaction (1974). Van Dyke never lost the showbiz buzz, singing and dancing alongside the acting. 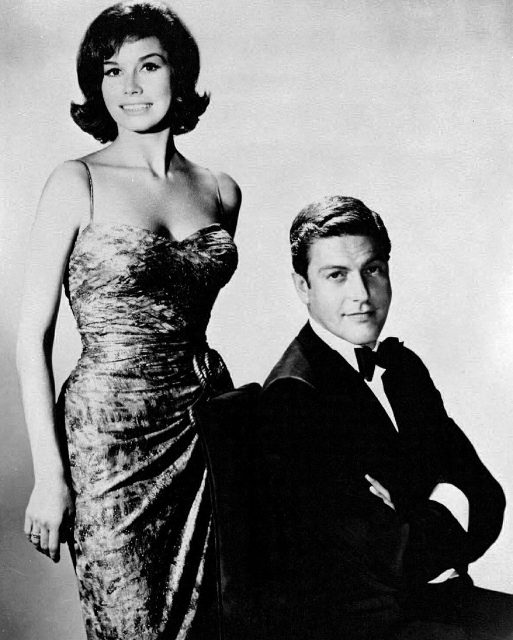 Mark Sloan is arguably how more modern audiences know him best. The rollerskating doctor turned sleuth was the central character of Diagnosis Murder (1993 – 2001). This popular show co-starred his son Barry Van Dyke, one of 4 children he had with Margie Willett. His late brother Jerry was also an actor and comedian, starring in the sitcom Coach. Dick then reached yet another generation as part of the Night At The Museum franchise.

Dick Van Dyke married twice, first in 1948 to Willett before getting divorced in 1984. After a 30 year relationship with Michelle Triola – also known as Michelle Triola Marvin – which ended with her passing in 2009, he went on to wed make up artist Arlene Silver in 2012.

As for his dazzling talent, Van Dyke puts that down to a less than methodical approach. “I don’t do any background study or preparation,” he told the Times. “I once went to a dramatic coach years and years ago. I was playing a rather heavy part about an alcoholic. And he said, ‘Let’s look at the subtext,’ and I said, ‘I beg your pardon?’ [Laughs.] I’m strictly a superficial actor.”

A superficial actor maybe, but one whose work has inspired and given substance to the lives of millions.

« Study: Without Grandmothers, Humanity Wouldn’t have Survived
The Oldest Known Forest in the World Discovered in New York »