Hollywood’s “Golden Girl” Betty White just had a birthday and turned 98. And when someone is a showbiz institution, they get some pretty high profile people paying tribute. Perhaps the greatest of these was from Sandra Bullock and Ryan Reynolds, who chose to duet on a rendition of Happy Birthday via video chat. The results were shared on Reynolds’ Twitter and Instagram feeds.

Deadpool star Reynolds doesn’t do social media with a straight face, so this was more than just a ditty performed by pals. Aside from the pair boasting over who loved White more, Reynolds ensured Bullock was interrupted by his demonstrations of affection. The screen star asked, “does she, like, show up and hand-deliver flowers for you wearing nothing but black socks and a dozen gold bracelets just like you requested? Doubt it”.

Happy 98th Birthday to the one and only Betty White #XCVIII @BettyMWhite pic.twitter.com/iQDw1QqgoW

The pair worked with Betty in their 2009 romantic comedy The Proposal, where White played the role of Grandma Annie. This experience clearly left an impression on the wisecracking Reynolds. For her last birthday he posted an image of the two of them, accompanied by the message: “I don’t usually post about ex-girlfriends. But Betty’s special.” 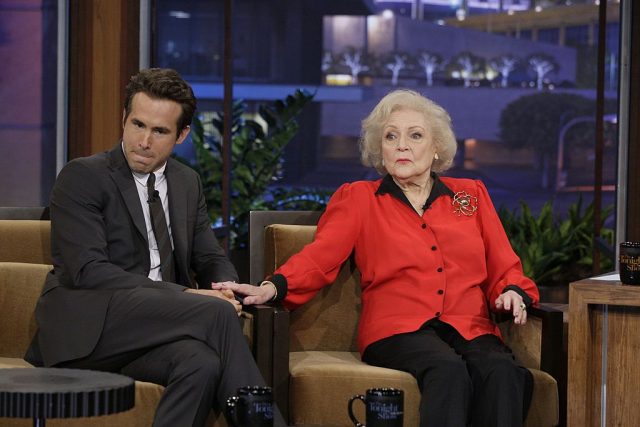 This special quality has given White a small screen career of no less than 80 years! White’s star power was in evidence across news media last week, when shots of her stepping out in Beverly Hills drew attention for her radiant appearance.

Born in 1922, she is a Guinness World Record Holder as TV’s longest-serving female entertainer. Her sitcom Life With Elizabeth (1953 – 55) put her in the driving seat, not only as a star but also a co-producer. White broke new ground and remains a source of inspiration for emerging comic talent to this day. 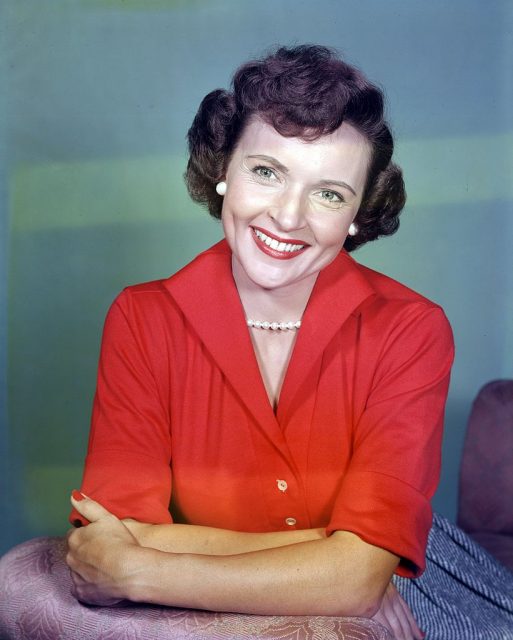 She famously played Sue Ann Nivens on The Mary Tyler Moore Show (1973 – 77) and is arguably best known for her role as Rose Nylund on The Golden Girls (1985 – 92), plus follow up The Golden Palace (1992 – 93). Rose was a simple country girl at heart, though White was nearly cast as Rue McClanahan’s character Blanche Devereaux. White then took the part of Hot In Cleveland’s Elka Ostrovsky (2010 – 15). Most recently she voiced Bitey White in Toy Story 4. 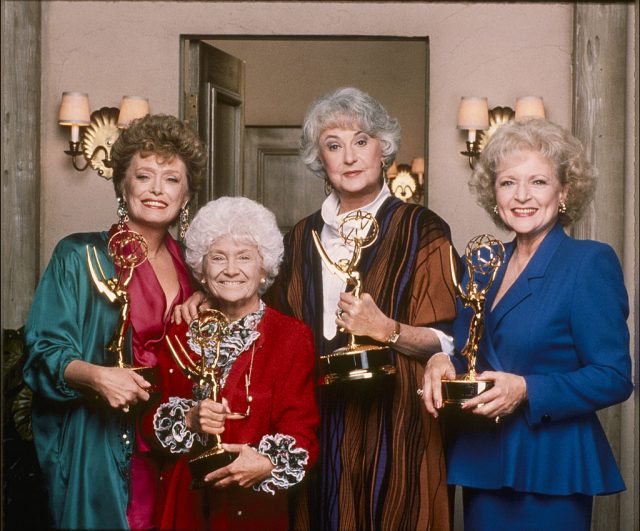 A mainstay of various game shows such as Hollywood Squares and Match Game, she also hosted 1983 show Just Men. She’s as familiar as herself than she is as a performer. At 88, she became the oldest person to host Saturday Night Live. Awards have been showered on White – 8 Emmys and 3 Screen Actors Guild trophies are found inside what must be a bulging cabinet.

White herself took to Twitter earlier in the month to congratulate Netflix on their new documentary ‘Betty White – First Lady of Television’. “What a wonderful birthday gift” she declared.

Her account also shows her passion for wildlife, including snaps of her snuggling up to a bear and holding hands with Koko the gorilla (who died in 2018). An activist for animal rights, White once said that zookeeping would have been her career, had the acting not worked out. She even turned down a role in As Good As It Gets (1997) alongside Jack Nicholson, because of a scene where he dumped a dog down a garbage chute.

Speaking to Guinness in 2013, she was asked if she had any surprising revelations about herself. “Having been around for as long as I have, there are no secrets left,” she replied. “I am an avid crossword puzzle addict, and although I am known for my animal health and welfare work, people might be surprised to hear I am a nature nut as well!”

Her advice for young stars-in-the-making was typically no nonsense also. “I would advise actors to do their homework and take the time to appreciate their profession,” she said. “It is a privilege to do what we do.”

Approaching her centenary, White is a student who has most certainly done her homework! Happy birthday Betty White!