One 18th-century naturalist identified a strange-looking fossil as probably belonging to a man who was witness to the great flood described in the bible. Many scholars and philosophers over time have pondered the question of what fossils really are, debating whether they were freaks of nature, or if they came from ancient living matter, both animal and plant.

Aristotle and many scholars after him thought that there was some type of force that had the ability to create forms that mimicked plants and animals inside stone.  It wasn’t until the Middle Ages that some people began to entertain the idea that fossils were the remains of actual living things.

But if the latter idea was true, how did they end up encased in layers rock, sometimes in extremely odd places, such as mountains? Some early scientists believed that the answer to the latter question lay in the biblical story of the flood which was sent to completely cover the earth.  The flood would explain how it was that fossils would have been found deep in the earth on mountainsides.  To 17th century scholars and scientists, it made perfect sense that fossils on mountain sides and deep in the ground would have been left there in the aftermath of the biblical flood. 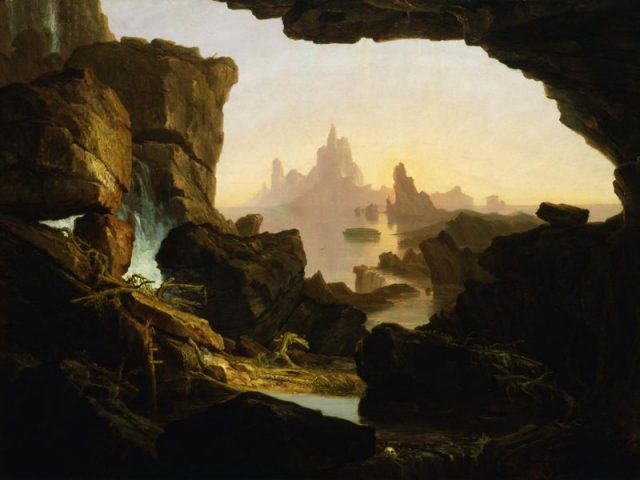 The Subsiding of the Waters of the Deluge by Thomas Cole, 1829

In 1695, an English scholar named John Woodward wrote about that idea in his Essay Toward a Natural History of the Earth.  He said that objects washed away by the flood would logically sink according to their weight as the floodwaters receded, so the heavier the object, the further down it would sink.  This idea had the added advantage of offering an explanation of rock formations that existed in layers.

Woodward’s ideas intrigued a Swiss naturalist and doctor named Johan Jakob Scheuchzer to the extent that he translated them into Latin, which was the predominant scholarly language throughout Europe at the time, making it possible for more of his fellow scientists to read them. He was fascinated by fossils, and owned a large collection, which he frequently pondered. 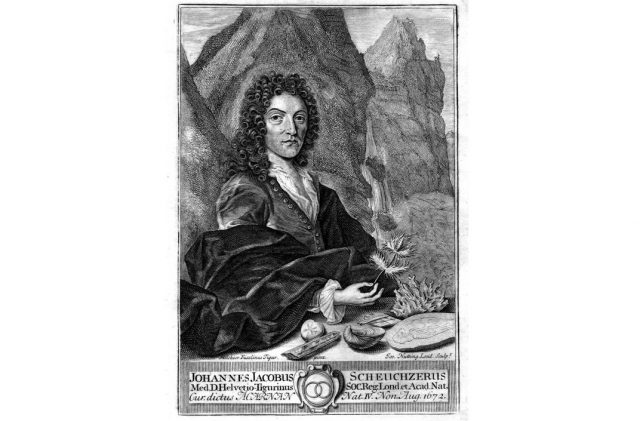 He strongly believed that the theory of the flood was the most likely explanation about how fossils ended up where they did, and he set out to back up that belief with scientific evidence.

Eventually, he came across a fossil that seemed to verify his ideas.  The fossil in question was that of an odd skeleton which was incompletely preserved. It was discovered in southern Germany in an old limestone quarry near Ohningen.  The scientist identified the unusual skeleton as belonging to a man who had witnessed the flood, publishing a paper about it in 1726. 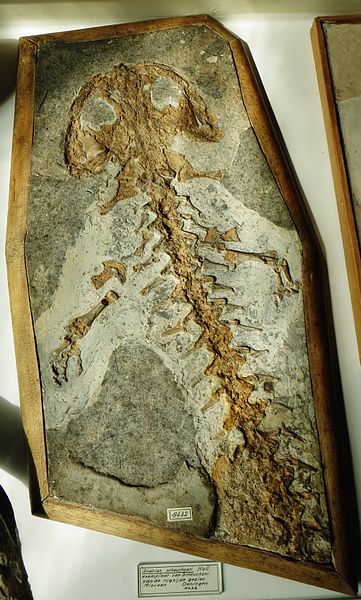 Other scientists and scholars didn’t agree, believing the fossil to more likely be from a fish or a lizard.  Georges Cuvier, a French paleontologist and zoologist eventually made a conclusive identification of the fossil. 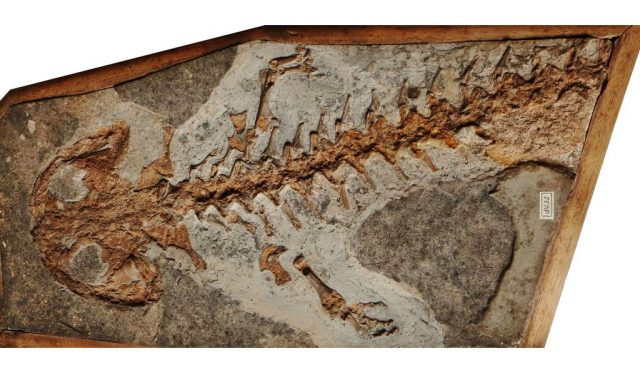 After gaining permission from the head of the museum, Cuvier began to remove the fossil from the limestone that surrounded it.  After uncovering the creature’s shoulder girdle and arms, it was clear that the fossil didn’t belong to a human.  He figured out that the fossil was actually the remains of an extinct variety of very large salamander.  The salamander bears a strong resemblance to a modern variety that still exists in Japan, which can reach five feet in length when it’s fully grown.

The rock that surrounded the fossil were about 13 million years old, and were apparently formed in a lake in the crater of an extinct volcano that became surrounded by forest over the intervening years. While it seems peculiar that an educated man would mistake the skeleton of a reptile for that of a human, it’s also true that people often see what they expect to see, and Scheuchzer’s observation was in line with the most progressive scientific thinking of the time about fossil formation.

Despite the fact he was dead wrong about the nature of the fossil, he was still one of the first scientists who believed that fossils were, in fact, the remains of living things which existed long ago.

« The Librarian did It! Case Closed in Huge $8 Million Theft of Rare Texts
Strongman Tourist Actually Pulls out the Sword in the Stone at Disneyland »