The Librarian did It! Case Closed in Huge $8 Million Theft of Rare Texts

Let’s be honest: most of us have preconceived notions about a librarian, which usually doesn’t include theft. We imagine them to be a little meek, even timid, very studious and the last people on earth apt to break the law. They spend their days surrounded by knowledge and, at least superficially, that seems to imbue them with a kind of scholarly mien and owlish demeanour.

A recent report about a librarian in Pittsburgh, however, proves the old maxim that one should never invest in preconceived notions. Archivist Greg Priore, who worked in the Oliver Room of rare books at the Carnegie Public Library in Pittsburgh, Pennsylvania, decided in 1992 to give in to the extremely valuable temptations around him and try to make off with some of the incredibly rare and expensive items and artifacts around him. 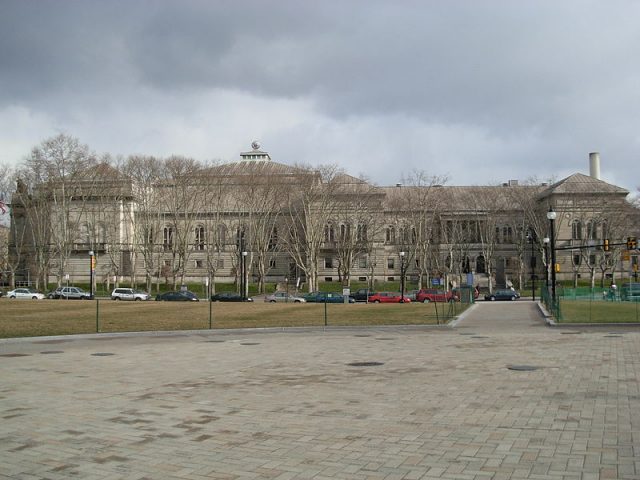 In cahoots with local bookseller John Schulman, owner of the Caliban Bookshop, he stole about 300 maps, documents, illustrated pages of books, and countless other treasures. Schulman then took the ill-gotten goods and sold them to collectors, who say they were unaware of the scheme. 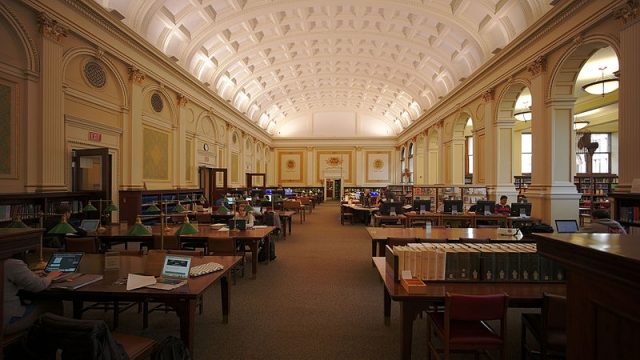 Reading Room of the Carnegie Public Library, Pittsburgh. Photo by Dllu CC by 4.0

Although this kind of crime involves no violence, it certainly isn’t “victim-less.” When the theft was uncovered in April, 2017 after an insurance audit, (a regular occurrence in rare book libraries), staff members were stunned when they realized more than 300 items were missing. When Priore was discovered to be the culprit, it was “devastating,” said library spokeswoman Suzanne Thinnes in a statement.

She continued, “The shock, the anger and the hurt we feel that individuals who were close to us, who were trusted by us, who were considered friends and colleagues to many of us at the library, would abuse the faith we had in them for personal gain will be with us for a very long time.” 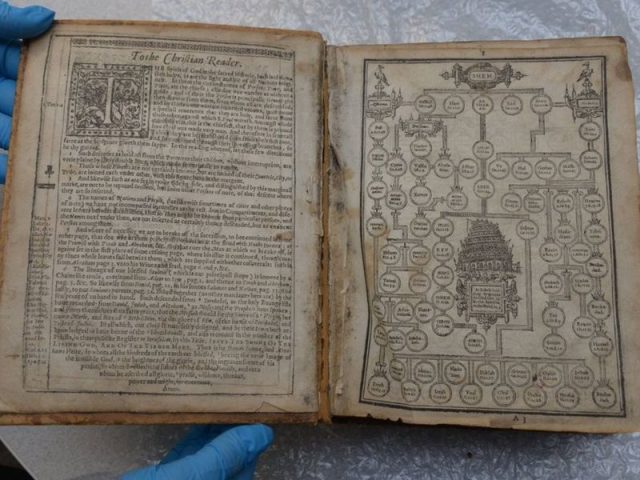 404-year-old Geneva Bible. One of more than 300 artifacts stolen from Pittsburgh’s Carnegie Library over a 25-year period. (Courtesy of the FBI)

Thinnes added, “We are hopeful that the sentences given to these two individuals will reflect the significant damage done not only to the Carnegie Library of Pittsburgh, but to the literary community near and far.”

Unfortunately, because neither man has a criminal record of any kind, it is unlikely that either one will spend a significant amount of time in jail — if any. Because both men agreed to a deal with the prosecution, the state will probably not request jail time, more likely fines, community service and parole.

According to the Pittsburgh Post-Gazette, each man tried to blame the other in their statements to police in 2017. Priore admitted that he was consumed with greed during the 25 years of criminal activity, but that Schulman “spurred me on” to continue stealing.

For his part, Schulman said he should have been more vigilant in checking the items’ provenance, and that he “should have known that the books had probably been stolen.” When the crime and culprits were discovered three years ago, 42 items were found still in Schulman’s warehouse. He made considerably more money on the thefts than Priore did for purloining them, as he could set the prices with collectors.

Considering how accessible rare volumes are in libraries, it is a miracle this kind of a theft from people such as a librarian don’t happen more often. But of course they only come to light when someone like an insurance auditor counts the books and compares them to lists of what libraries say they have on hand.

Related Article: Clementinum in Prague – The Most Beautiful Library in the World

Who knows? One can only hope that when books do go missing, it isn’t librarians doing the stealing; after all, they are the vanguards of those treasured volumes, guardians of ancient texts and other treasures. If we can’t trust a librarian to stay from theft and to protect rare books, one has to ask: whom can we trust?

« Cheesy Ancient Roman “Dad Joke” Found on 2,000-yr-old Holiday Souvenir
When the Fossil of a Giant Salamander was Mistaken for a Witness to the Great Flood »