Come for a show, stay for the atomic bombs in Las Vegas! Vegas is a gaming and entertainment mecca famous for its notorious nickname Sin City. People go there to indulge, believing the old maxim that “what happens in Vegas, stays in Vegas.” In other words, just about anything goes in Sin City, and no word travels to the folks back home about that bad behavior, whether you’re a huge star or a soon-to-be-married fellow whose bachelor party is held in a local hotel room. It’s as though Vegas exists in a moral vacuum, so no one worries about what they do while inside that vacuum.

It’s hard to imagine today, but one activity folks used to enjoy in Vegas had nothing to do with slot machines or the blackjack tables and everything to do with atomic bombs. From 1951 and continuing for several years, people watched nuclear tests light up the Vegas skyline, and reveled in the sight of these gargantuan bombs going off, irrespective of the danger they presented.

It’s a mindset that’s hard to fathom today, knowing what we know about the risks inherent in all things nuclear. But back then, local officials saw a business opportunity to exploit the risk and danger, and — true to Vegas’ nature — they seized that opportunity and made it work for the city. What unfolded was the strange scene of nuclear explosions becoming a tourist attraction in Las Vegas during the 50s. 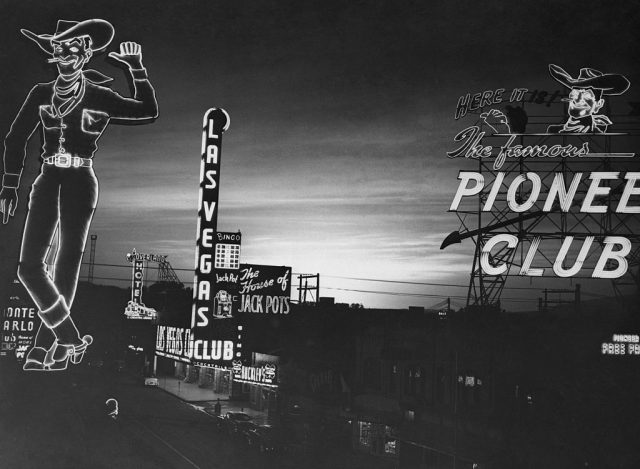 The A-Bomb glow over Las Vegas looks like the sunrise as the blast brightens the sky. Getty Images

They even held a contest to find “Miss Atomic Bomb,” and chose a Jayne Mansfield-like pinup girl, Lee Merlin, who looked and posed just like the movie star to promote atomic-related events.

One gamer in the city back then said, “the best thing to happen to Vegas was the Atomic bomb,” according to one reporter who was there for the contest. While the rest of the country was living in fear of nuclear Armageddon, Vegas residents and tourists alike were throwing all-night viewing parties, to see the sky lit up by mushroom clouds during tests in the desert. 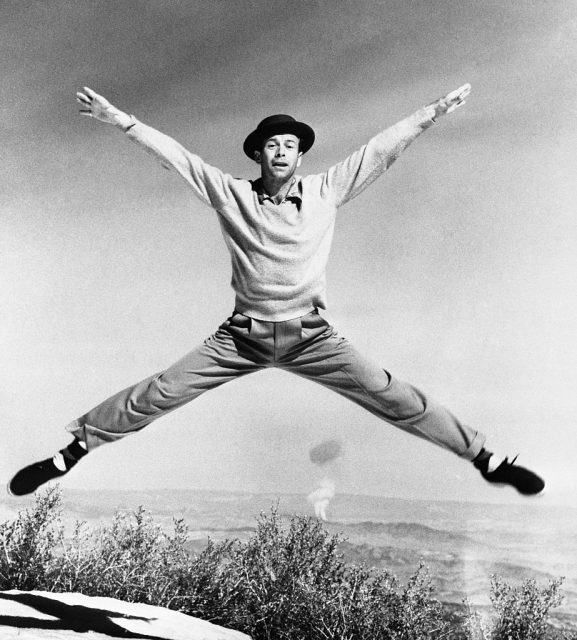 Dancer Gene Nelson performs what he calls the ‘Atom Antic’ on a mountain top not far from Las Vegas.  A real atomic mushroom is rising in the background. Getty Images

Not everyone was enamored with the tests and the resulting bright lights, however. City officials handed out army-issue dog tags to children, lest their parents be unable to identify them after a failed nuclear test, or the real case scenario. So Vegas was this metaphorically split personality — half partying with abandon close to the tests, and the other experiencing mortal apprehension of potential consequences.

“They would light up the sky,” recalled Allen Palmer, executive director of the National Atomic Testing Museum in 2014. “It (the tests) turned night into day.” 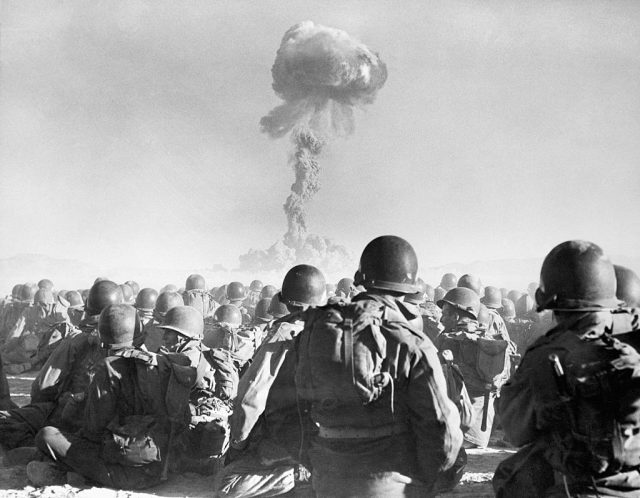 Palmer acknowledged the kind of split personality of Vegas in those days. He said, “People were fascinated by the (mushroom) clouds, by this idea of unlocking the secrets of (the) atom. But there was absolutely an underlying fear — we were so close by.”

By “close by” Palmer means just 65 miles north west of the city, at the Nevada Proving Ground, as it was called. Back then, many tests were held above ground, a reckless move that only by luck, or grace, did not result in catastrophe from radiation fallout or something similar.

In addition to parties and a pinup girls, the city offered calendars publicizing viewing events, casinos and hotels offered “Atomic Cocktails,” and information about “Dawn Bomb Parties.” Such revelry seems incomprehensible now, perhaps, but people were not aware of the potentially devastating after effects of nuclear tests, particularly those done above ground.

That method came to a grinding halt in 1963, immediately after the Cuban Missile Crisis brought America to the very brink of disaster. Tests in plain sight, so to speak, were deemed too provocative and blatant, and cooler heads prevailed. Most tests thereafter were conducted underground, and continued for about four decades.

But for about 10 years, Las Vegas celebrated the country’s nuclear achievements by partying in the lights created by testing bombs. If it seems counter-intuitive to celebrate something so destructive as atomic bombs, well, that’s Las Vegas for you.