Mad Max’s legendary Interceptor car is up for grabs. Better known as a 1973 Ford XB Falcon GT351, it also has the catchier name of ‘Pursuit Special’.

The Miami Auto Museum is letting go of the classic rubber burner, which has been on display since 2012. Reasons behind the decision aren’t clear. But with the long-running franchise holding an appeal for both movie fans and petrolheads, this could be a sale that’s hotter than the Australian outback.

Whichcar describes the move as “huge news for Mad Max fans”, branding the Interceptor “arguably the most famous Aussie car of all time.” 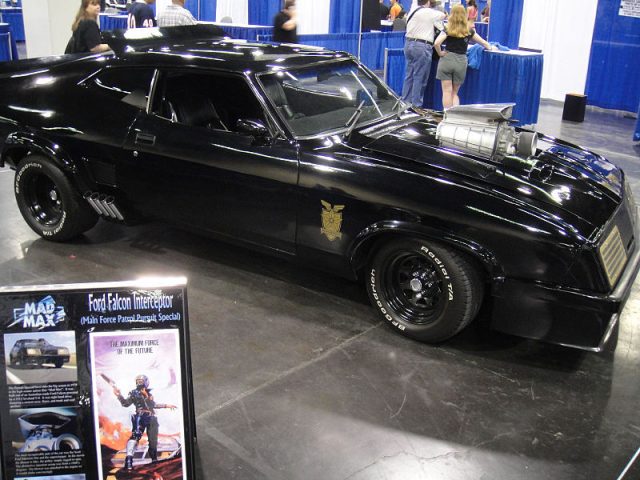 As might be expected, the vehicles of Mad Max had a rough ride. No less than 14 cars were trashed during filming of the original. While the Interceptor survived, it had undergone modifications for the shoot. These included a (non-functioning) supercharger that came up through the bonnet. 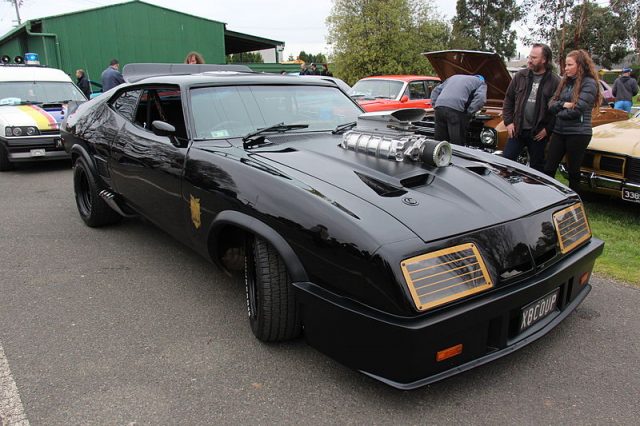 For The Road Warrior, things went up a notch. “With the movie set further into a dystopian future,” Whichcar writes, “niceties such as the Concorde front were binned, while in the rear, the bulkhead was chopped out and a pair of huge fuel tanks installed.”

Next stop was an Adelaide wrecking yard. Surprisingly, no-one was interested in buying one of the ultimate cool cars! Luckily Mad Max fan Bob Fursenko rescued the Interceptor and restored it to former greasy glories. 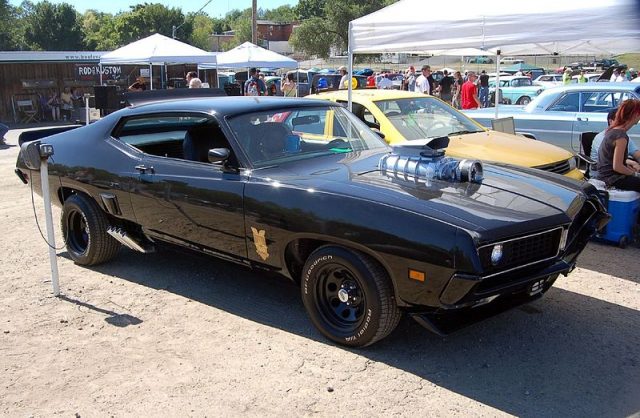 The Mad Max Interceptor. Photo by Brian Hillegas CC by 2.0

“The restoration included replacing the lost Concorde front but retaining the twin tanks fitted during Mad Max 2, making the car an amalgam of the most awesome aspects showcased in each film.” Fursenko understandably wanted to show it off, building “a sideshow out of his iconic machine” and “touring shopping centres and agricultural shows”.

The English setting of Cumbria’s Cars Of The Stars museum was its next destination, before Max’s wheels returned to warmer climes. Real estate developer Michael Dezer snapped up the inventory and took it to Miami, where it’s been ever since. 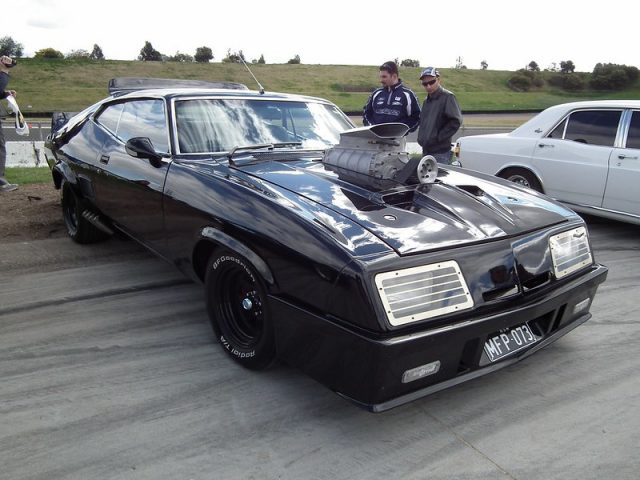 A Ford Mustang GT driven by Steve McQueen in the movie Bullitt (1968) changed hands for a not so shabby $3.74 million last month, so it’s hoped this equally memorable gas guzzler might bag some bucks.

Mad Max is synonymous with a scorched dystopia. However director/co-writer George Miller only came up with the setting because it was cost effective. Quoted by BBC America, Miller explained, “we shot it in deserted backstreets and decrepit buildings that cost us nothing. To explain this disintegrating world, I just put in a caption, ‘A few years from now…’”

The dark seed of Mad Max’s adventures in his car lay in the director’s upbringing. Miller grew up in the countryside, a car accident haven. His initial career path as an emergency room doctor in Sydney proved surprisingly useful down the road. Seeing injuries up close and personal revved his creative engines, providing inspiration for some of the scense in Mad Max. And the medical connection didn’t stop there. “In order to help fund the production of the movie,” BBC America writes, “Miller spent three months carrying out emergency medical calls, with his producing partner Byron Kennedy driving the car.”

Initially Mad Max was dubbed by an American cast. It was feared audiences wouldn’t understand Aussie slang. The original soundtrack wasn’t released in the States till 2000.

Check it out: The 12 Most Iconic Cars in TV History

The franchise is well-known for launching Mel Gibson onto the world stage. Gibson claims he got the role of Max Rockatansky by accident. He tagged along to the audition with friend and actor Steve Bisley, though he wasn’t in the best shape. A brawl in a bar had left him worse for wear. Producers were impressed by his appearance and eventually he won the part. Bisley was cast as the character Goose.

Charismatic acting aside, Mad Max’s car are the real stars of the show. More sequels are in development so who knows… the Interceptor could be called back to dispense Max’s own brand of brutal yet entertaining justice.