In the central west part of Africa a new human genome has been found which is puzzling evolutionary biologists. This is taking place in the state of Cameroon in the Grassfields region just south of the Nigerian border is an excavation site at Shum Laka which was discovered by a Belgian and Cameroonian team 30 years ago. The rock shelter has produced radiocarbon data from as long as thirty thousand years ago; the passage of time has been traced with animal and human skeletal remains, tools and pottery from hunter gatherer populations, and the beginnings of cultivation of edible plants and fruit trees.

Up until recently, DNA harvesting was imprecise with remains this old, but, according to Live Science, researchers at Harvard Medical School used inner ear bones from burials at Shum Laka to extract DNA. Testing by the Biotechnology and Biological Sciences Research Council revealed that two of the burials were of related boys, one four years old and the other fifteen years old from eight thousand years ago and two others, a four year old girl and an eight year old boy from three thousand years ago who were not only related to each other but also to the two boys from eight thousand years ago. 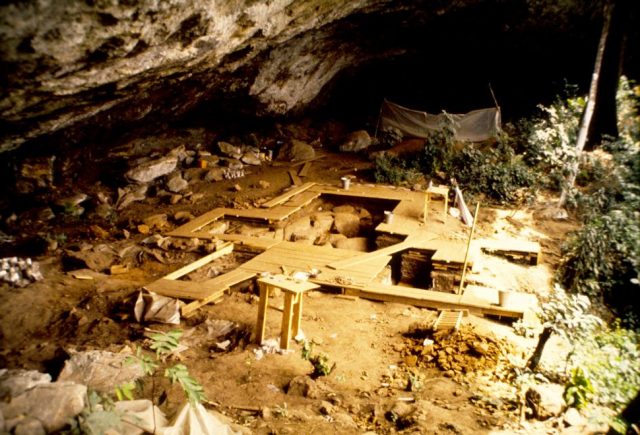 The rock shelter at Shum Laka in Cameroon. Interestingly, the ancient people who lived here are not related to the people living in the region today. (Image: © Photo by Pierre de Maret, January 1994)

Population geneticist at Harvard University and senior researcher David Reich Ph.D., claimed, “Although they lived thousands of years apart, these children were distant cousins, the researchers found. About one-third of their DNA came from ancestors who were more closely related to hunter and gatherers in western Central Africa. 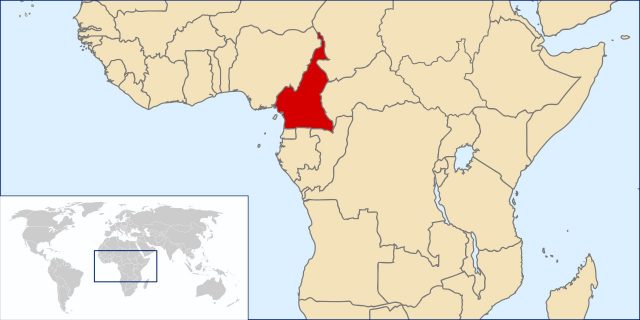 Location of Cameroon in western Africa

The other two-thirds came from an ancient source in West Africa, including a long lost ghost population of modern humans that we didn’t know about before.” Reich and his associates were testing to discover the ancestry and migration habits of the current population of Bantu-speaking people but found that the children were not of the same ancestry.

Rather they were closely related to the ancestors of the hunter gatherer population of Central Africa and to a previously unknown genome from Reich’s “ghost population” which may have gone extinct. Originally, scientists believed there were three deep lineages, but this study suggests there are four with one being the unknown “ghost population”. 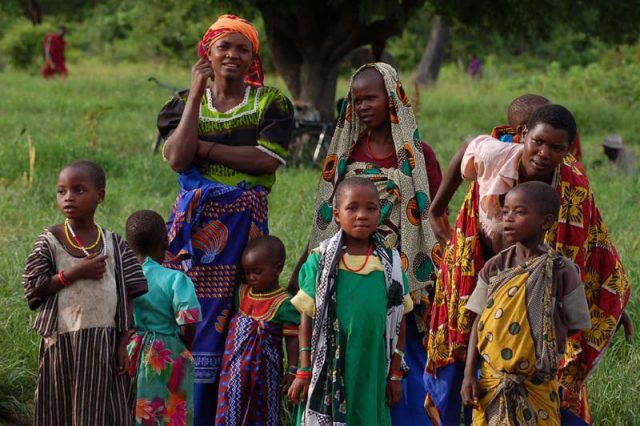 In an article on the St. Louis University website, anthropologist Isabelle Ribot, from the University of Montreal, who participated in the excavation, studied the burials and co-authored the study, notes that human remains in this part of the world are usually not viable for DNA because of the tropical environment and extreme acidity of the soil, but, as the inner ear bones are protected, they were able to come up with extremely fine quality DNA.

National Geographic reports that another study author, Mary Prendergast, an anthropologist at the University of St. Louis Madrid, cautions about making determinations using only four graves as an example. Over thousands of years, the people of central Africa may have used this area and mixed with other African tribes so there is not 100% certainty that Bantu-speaking ancients did not use this area thousands of years ago.

Ribot notes on Eurekalert that Shum Laka is considered to be a prime location to study the anthropology of west central Africa. Another set of genomic departures was identified dating to about eighty thousand to sixty thousand years ago, including the lineage of all present-day non-Africans.

The Université Libre de Bruxelles, the Belgian Fund for Scientific Research (FNRS), and the Leakey Foundation are sponsoring the Shum Laka research. There are plans to return next season to test living subjects and share the results with local offices.

The study which found the new human genome was begun to help answer questions about the way the oldest members of the human family acquired food and their migration habits, but with the new discoveries, even more questions are beginning to be asked that demand much more research into the African genome.