Everything which is lost is eventually found again, even a long lost 1834 gold ring family heirloom.  That was proven by Geoff Smith from Lancing Beach in West Sussex, England, when he and his metal detector found an 18-karat gold ring from 1834 lying in the shingle on a beach near his home.

The Daily Mail reported that the ring had a name engraved on it, and despite it being more nearly 200 years old, Mr. Smith decided to see if he could find anyone related to Liz Honywood, the woman whose name was on the ring.

He posted about the ring on a page for UK metal detector enthusiasts, another member informed him that an Elizabeth Morth married Thomas Honywood in 1810, in Horsham, West Sussex. The couple had never had any children, and Mrs. Honywood passed in 1834, the same year the ring was made. 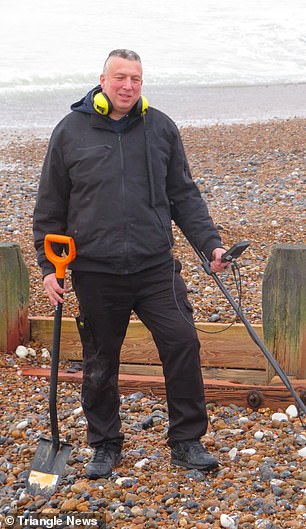 Geoff Smith, who lives near Lancing Beach in West Sussex, found a ring from 1834 lying on the beach.

Not ready to give up, he also put up a post on a page for Horsham, in hope that there may still have been Honywoods living there.  No one with that name reached out to him, but he was contacted by Jennie Hartwell, who used to live in that town but currently lives in Australia.  Ms. Hartwell was able to recreate the entire Honywood family tree, including coming up with still-living relatives who were still in West Sussex. 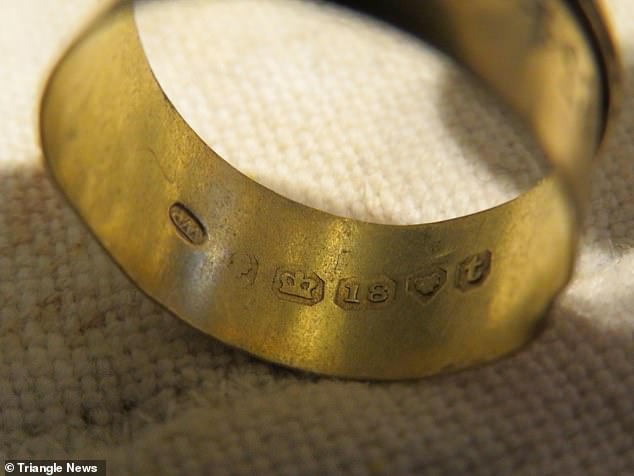 The words Liz Honywood and the date – 29th September 1834 – were still etched deeply into the gold.

Although Liz Honywood never had children, she did have two sisters, at least one of whom did.  Anna Morth married a man named George Simpkin in 1819.  Working from Anna’s line, Ms. Hartwell was able to trace the family line to Vivian Garner, a former resident of Horsham who died in 2013, but had three grandchildren: Alexina, Stephen, and Emmi. 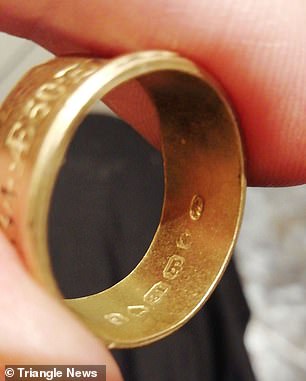 Late last month, Mr. Smith was able to meet Alexina and her mother, and give them custody of Liz Honywood’s ring.  Smith said that as a result of his search for family members to take the jewelry several residents of Horsham discovered that they were actually relatives. He felt that it was a great thing to be able to bring those people together.  He further remarked that since the ring so clearly had someone’s name on it, he felt he had to try to return it to someone. 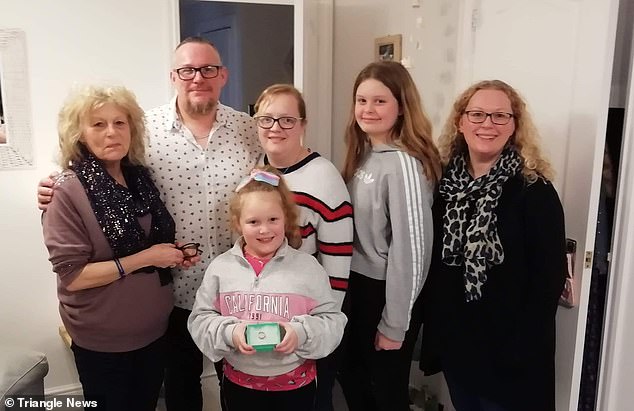 The family reunited with their ancestor’s gold ring after almost 2 centuries.

Amanda Edwards, who is the owner’s three-times-over great niece, said that the day she was told about ring is one she’ll never forget. Her eldest daughter called her to say that an old ring from their family had been found by Mr. Smith, and her family had been tracked down by him and Ms. Hartwell.  The ring was a mourning ring of the type that was popular among widows during that era to remember their spouses, and bore Mrs. Honywood’s name and date of death.

Geoff Smith has been a metal detectorist since 2015.  He was out on the beach one night with his Minelab Equinox metal detector, when he found it ‘just poking out of the sand’ with his   He was out at night, so it was dark, and the 18-carat gold ring caught the light from his headlamp.  His first thought was that he’d spotted the bottom of light bulb, as the ring had been remade to fit on the top of walking stick or something similar.

Smith’s wife, Kay, has a theory about how the ring ended up where it did.  She believes the couple must have gone to Lancing for a vacation together.  Perhaps Thomas had returned to the area later, and left his cane behind by mistake.

Whether the theory is correct or not, the find is an amazing one, and Smith’s determination to find part of the owner’s family to return it to was an act of tremendous kindness.  The fact that he and Jennie Hartwell were also able to reconnect some long-lost relatives in the process is truly just icing on the cake.

The current owners of the 1834 gold ring are thinking about having it displayed at a local museum, as a representation of local history.