As a boy Richard Garriott dreamed of going into space. So this groundbreaking entrepreneur decided to make it happen. Founding a video games company and making millions, he finally achieved his ambition in October 2008. But how did this self-made American-British astronaut reach the stars from scratch…? It was a combination of good luck and bad.

Unfortunately for Garriott, despite being the son of NASA personnel, his eyesight held him back. His father Owen left the planet in 1973 and ‘83 as a scientist-astronaut. His son was very much earthbound. But then a path opened up to a different kind of space – inside a machine.

Growing up in Texas, high schooler and science wiz Garriott found himself in front of a mid-Seventies computer. Talking to the BBC, he revealed the teachers’ lack of know-how during the beginnings of the tech revolution. “They basically said ‘well, we have this computer that we don’t know what to do with – it’s yours, do what you want with it’.” 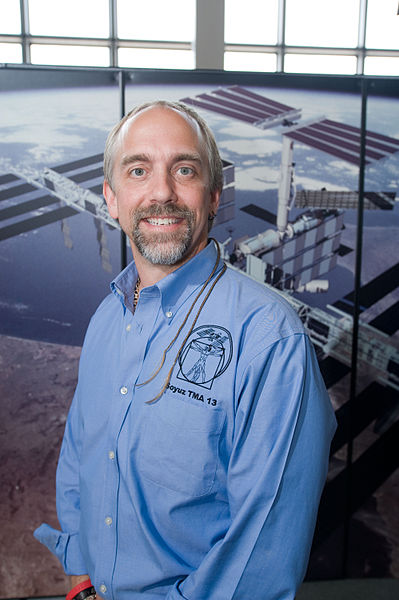 Taking to programming like a pixelated duck to water, he designed a hit game by the age of 18. 1979’s Akalabeth: World of Doom was one of the first role-playing adventures to be enjoyed on a screen. The Ultima series followed in 1981, and Garriott began a lucrative career based on Medieval knights, digits and dragons.

He’s known for his light-hearted approach to business. “I’m a devout believer in work should be fun,” he told the BBC, adding “if you can enjoy the work you’re doing, it makes life better, and so that’s one of the markers of success, being able to do that.” He certainly made the most of his public profile, showing up at conventions dressed as a Medieval character called Lord British. 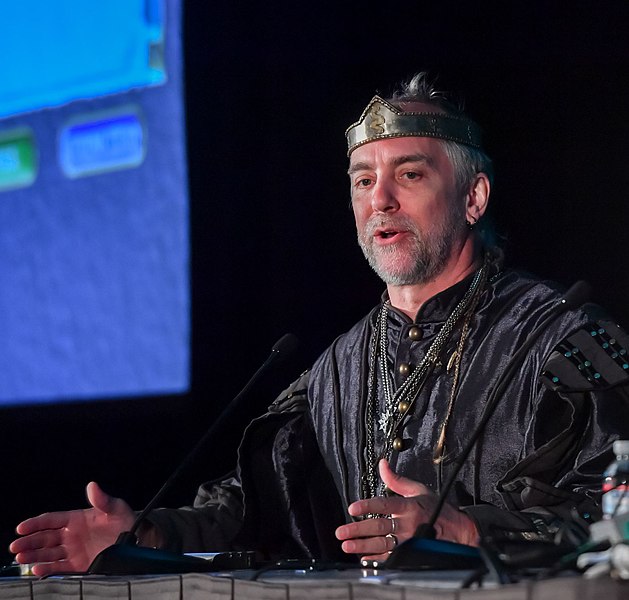 But while the good times rolled, Garriott never took his eyes off the prize – namely, blasting into space using the proceeds from his elaborate fantasy world. He’s set up various gaming companies, including Origin Systems and current concern Portalarium. However his greatest achievement for Mankind is undoubtedly Space Adventures Ltd, co-founded in 1998 (Eric C. Anderson is listed as the primary founder and chairman, though various individuals were apparently involved).

“Space Adventures is a sort of space travel agency,” writes CNBC. The far out tourist experience “matches people with the resources to go to space with Russian space program rockets that have available seats — while SpaceX, Blue Origin and Virgin Galactic plan to send tourists using their own reusable rockets.” 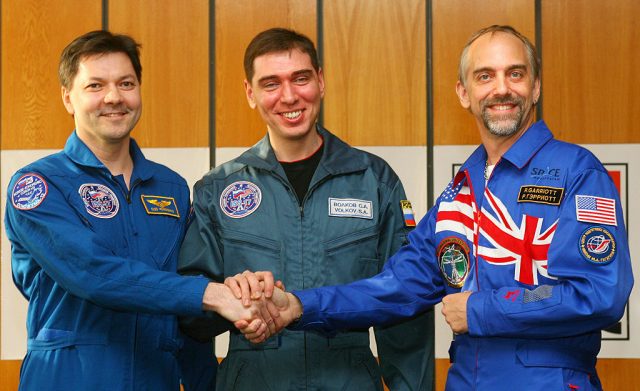 Garriott called NASA, but they didn’t go for the idea of putting private citizens off planet. Via Russian space agency Roscosmos and their Soyuz spacecraft, Space Adventures sent the first regular Joe (albeit one with millions in the bank) into orbit. Sadly that person wasn’t Garriott. He was set to realize his long-held dream in 2001, a significant number for sci-fi fans. The dotcom crash that same year battered his bank account, and engineer/entrepreneur Dennis Tito went instead.

Garriott’s big moment came 7 years later. According to the amateur astronaut-turned- pro star crosser it took virtually everything he had financially to meet the eye-watering $30 million price tag, journeying from Russia to the International Space Station. Best to assume he felt the ride was worth it! 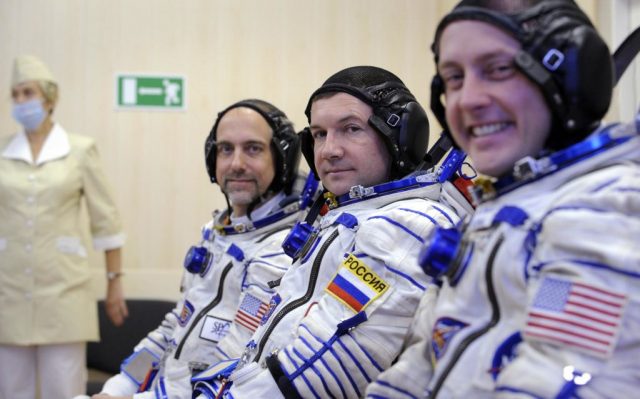 In a CNBC interview, he spoke about the Russian way of doings things. For instance, there’s no countdown. “You are just going through a check list and you get down to the point in the check list where there is a Russian word ‘pusk,’ which basically means, ‘start.’” After that it’s drop everything you’re doing and brace for impact.

Seeing the Earth from way up above naturally made him think of the environment down below. “The footprint of humanity is everywhere across the face of the earth,” he reflected. “There is really virtually no wilderness left that you can see from the orbit of the Space Station.” This profound impression of removal is known as the “overview effect”. 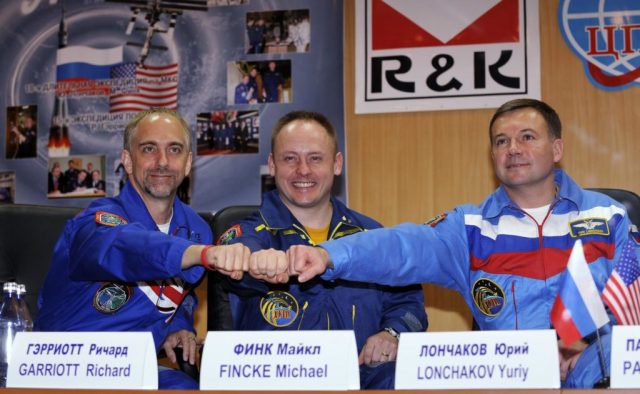 And of course the experience affected him physically. In a surprise comparison, he said, “The best way to describe it is like in a horror movie — where you will see an actor in the hallway and they will dolly the camera backwards but zoom in the lens. So the actor stays the same size but it appears the hallway collapses around him.”

The awe-inspiring, but slightly horrific, journey was humorously underlined by his description of the facilities on board. One necessary function in particular proved a real strain. “When you are training for space flight,” he confessed, “you use all the real apparatus except the toilet… you don’t use the toilet because … gravity changes the way it works. So the first time you ever use a space toilet is in space.”

Now his ultimate ambition is fulfilled, Garriott keeps himself busy Earthbound with video game projects, and of course Space Adventures. To date they’ve sent 7 people starwards. One day Richard himself hopes to get back out in the black. That’s if his accounts aren’t in the red.

Lifehacker writes about his undiminished sense of fun. “He telecommutes via Beam—a Segway-like robot with a video screen that lets him engage more directly with the rest of his team than static videoconferencing,” it says. “It’s a fitting work style for the man who coined the use of the Sanskrit word avatar to mean a person’s virtual digital representation.” Garriott has blazed a trail, both under the sky and above it.

His peers pays glowing tributes. Quoted by the BBC, tech consultant Fred Schmidt is impressed by “how his boundless imagination plays in tandem with his insatiable curiosity”. Meanwhile Explorers Club president Richard Wiese says, “The idea that Richard would figure a way to get himself into space when ordinary paths proved impossible speaks volumes on how he views the possible.” Wiese believes his friend is a true space pioneer.

Will Richard Garriott ever make it back up there? If anyone can do it, it’s bound to be him.